Apple is building a "significant" business centered around creating original, scripted television shows and possibly even movies, according to a new report by The Wall Street Journal. The content would be made available on Apple Music, falling in line with previous reports and accompanying already-announced projects for the music streaming service, including Carpool Karaoke and Vital Signs.

Apple executives have told Hollywood that the new original content will launch by the end of 2017, according to the new report. In terms of specific genres, HBO's Westworld and Netflix's Stranger Things were both used as comparisons for what Apple is aiming to produce on Apple Music. These proposed series and movies "don't have any particular relationship to music," unlike Carpool Karaoke and Vital Signs. 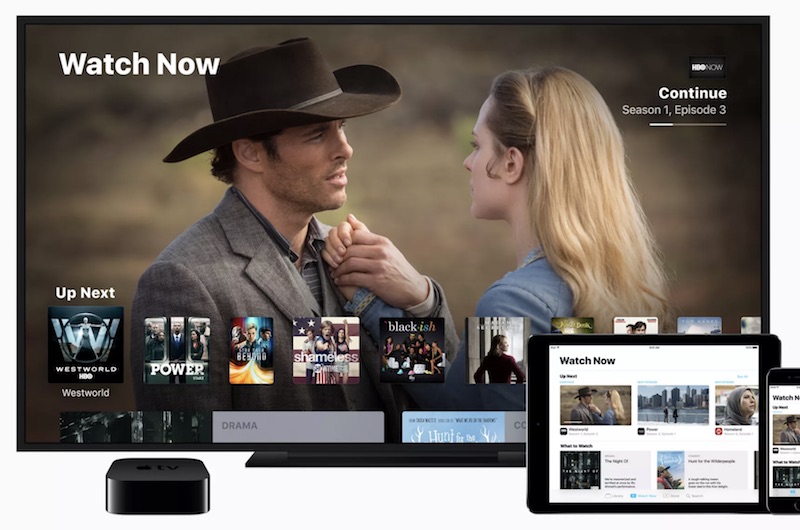 Rumors about Apple meeting with Hollywood executives to create original TV shows for Apple Music or iTunes have existed since last year, and now Apple is even looking into producing original films for the service, "though those plans are more preliminary," according to people familiar with the matter.

The company is said to have been in talks with producers over the past few months about purchasing the rights to scripted television programs, as well as seeking out marketing people to come on board and promote the new content. The move is looked at as a way for Apple to gain an edge in its competition against Spotify, rather than become a streaming contender alongside Netflix and Amazon Prime.

Because it is looking at just a handful of carefully selected shows, and potentially films, it doesn't appear Apple is preparing to spend the hundreds of millions or even billions of dollars it would need to spend annually to become a direct competitor to Netflix Inc., Amazon.com Inc.'s Prime Video or premium cable networks.

Rather, it would escalate the arms race between Apple Music and Spotify, which both offer essentially the same catalog of tens of millions of songs, by adding other content that could distinguish Apple's service.
Click to expand...

Although most of Apple's plans are still steeped in secrecy, the company has reportedly told producers an advantage it hopes to offer is that it would share its viewer and demographic data on the people who watch the new shows. Netflix has remained infamously private about the specific number of viewers who watch its streaming shows, making it hard to tell what is a successful launch or not, "which has been a source of contention among some in Hollywood."

Last Summer, Eddy Cue said that Apple is "not in the business of trying to create TV shows" when asked about the future of the company and its past relationships with Hollywood, where it once spoke with network programmers to get a live-streaming TV bundle launched before ultimately shelving the plans. At the time, Cue said that Apple would "help" producers whenever it had the chance and that any TV project would serve as "complimentary to the things we're doing at Apple Music."

One place/home/hub for Netflix, Spotify & Alexa.

Apple is actually so far ahead people can't even begin to understand.
Reactions: AppleMiko and Abazigal

Apple should build an actual Westworld instead.
Reactions: zedsdead, Lopov Jack, Darkwalker and 41 others

Westworld was very, very, very good. It'd be hard to compete with that.
Reactions: zedsdead, Lopov Jack, chfilm and 10 others

When you run out of ideas go to Hollywood to make them.
Reactions: ToroidalZeus, yunzan, HJM.NL and 10 others
R

Only they waited (to steal the idea) and do it better. Like all the tech they've 'borrowed' in past years.

How about producing a real Macbook Pro and a iPhone with a headphone jack
Reactions: The Captain, SuKim, gooser and 41 others

One place/home/hub for Netflix, Spotify & Alexa.

Apple is actually so far ahead people can't even begin to understand.
Click to expand...

Great. In related news, the Mac R&D budget was slashed, and the team re-assigned to "write awesome new content".
Reactions: zedsdead, HJM.NL, Huck and 15 others
J

Still waiting for a iTunes store subscription though. Willing to pay up to around £30/mo for unlimited access to music, movies and TV shows as long as it covers everything on the store, including brand new releases.
Reactions: MrSpock75, Cameroncafe10a, moetownslick and 5 others
P

Apple should just pony-up and buy Disney. Game over.
Reactions: Lopov Jack, Huck, Cameroncafe10a and 5 others

Sounds good to me, it's all about concept, talent and execution. If you told me years ago some of the best shows on "TV" would be from the company who mails you DVDs or the company who sells you books, I would've said you're nuts
Reactions: BlueParadox, truthertech, jimbobb24 and 4 others
M

this doesn't necessarily mean non-music shows. More likely they wanted to illustrate the kind of quality and production values to expect.

If they do put a toe into non-music content, they'll surely need to rebrand Apple Music? Seems an odd thing to do to try and encourage music subscribers, but makes more sense if they simply want people to hand over $10 a month and they realise people like me who don't really care enough about music to subscribe, might be swayed by original drama etc. So it becomes more like amazon prime
Reactions: simonmet

Polaroid said:
Probably be for US only lol.
Click to expand...

Apple, why are you spending money on something that's outside your core product instead of figuring out how to create a real Macbook Pro and some real innovation on the iPhone instead of breaking things that Jobs built...
Reactions: The Captain, aylk, JungleNYC and 20 others
R

I wonder if the first Apple produced show or movie will feature a scene of someone "jumping the shark" on water-skis?
Reactions: pkissel, Goatllama, bluespark and 2 others

The plot will be very thin.
Reactions: Lopov Jack, falcn, The Captain and 82 others

for the love of god why? There is so many areas that clearly apply to apple and should be explored but TV shows? How happy would apple be if HBO released a smartphone/desktop/laptop this year?
Reactions: Huck, VulchR, Sandstorm and 3 others

So they will muck in and make more of the same which is out there: low-brow, immoral, simplistic plots, angry 2-dimensional characters, salacious crap filmed with drunken cameramen, lights too low, everyone looking over exercised and under fed, and dressed like pimps and whores.

If you have a lot of money and want to make a mint in Hollywood today, you have to do something SO against the grain that people will sit up and watch it when you blast advertising in all corners of the USA. Apple's cultural slant would never allow it to do something different than what is already saturating the market end-to-end.
Reactions: Huck, GrumpyMom, daveheinzel and 3 others

Here I am, worried that biting off this kind of effort would cause Apple to be stretched too thin, resulting in a lack of focus in some of their product lines! Good thing we don't have that problem.