Apple plans to seed iOS 8.4 Golden Master (GM), which has historically been release candidate software, to registered developers today ahead of the Apple Music launch on June 30, reports BGR. iOS 9 beta 2 is also reportedly scheduled for release today, although it is possible that the release date is pushed back by one week to next Monday, June 29. 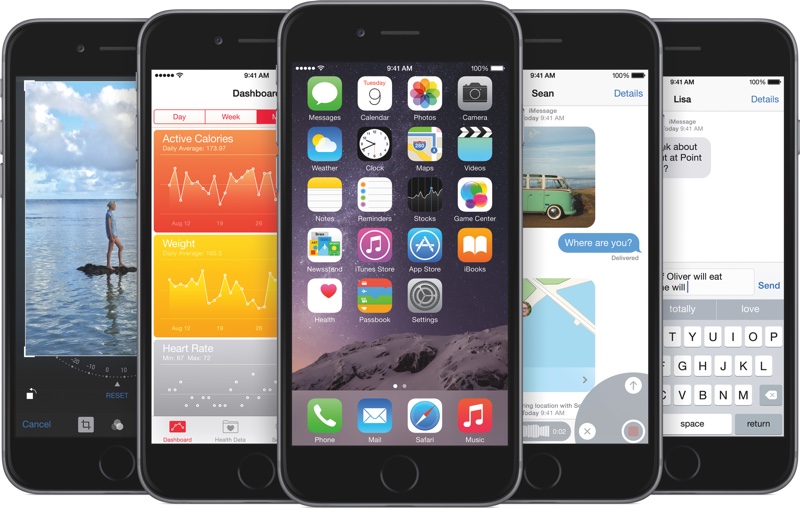 The iOS 8.4 GM will succeed iOS 8.4 beta 4 and will most likely be the final pre-release version before the software update is publicly released. Apple Music for iPhone, iPad and iPod touch requires iOS 8.4, so the update should be released for all users within the next eight days, with the new streaming music service built into the revamped stock Music app.


Apple Music was announced earlier this month as an all-in-one streaming music service, live global radio station and social platform for artists to connect with fans. The subscription-based service will cost $9.99 per month after a three-month free trial for iPhone, iPad, iPod touch, Mac and PC. Apple TV and Android versions of the service will be available in the fall.

Update: BGR's report proved inaccurate as Apple seeded iOS 9 beta 2 on Tuesday and has yet to release the iOS 8.4 GM.

Yes! Hopefully iOS 9 beta 2 gets rid of that awful battery life. Had to revert back to iOS 8.4 for the time being.
Reactions: scarecrowmac and Sweetfeld28
Comment
J

I need beta 2. My 6 Plus's battery is begging for it.
Reactions: Melina Stutz, scarecrowmac and ArtOfWarfare
Comment

When's the last time BGR was actually accurate? I remember them being correct once about a release, which could've just been a good guess.
Reactions: benjitek, peterharte, Dj64Mk7 and 1 other person
Comment

Sounds like they made something up as an educated guess as a rumor so they could say they reported it first. BGR is yahoo's biaotch now
Comment

We all hope iOS 9 beta 2 could solve battery issue once and for all during this beta period. However?
Would it be true? I doubt.
Sorry for this negative judgement.
Reactions: ZebraDude and William Gates
Comment

Now that BGR reported that, Apple will release it tomorrow instead.
Reactions: scarecrowmac, peterharte, Dj64Mk7 and 8 others
Comment
A

Will there be a OTA from iOS 9 Beta 1 to Beta 2?
Reactions: scarecrowmac and NoWayBehind
Comment
V

hoits2000 said:
Sounds like they made something up as an educated guess as a rumor so they could say they reported it first. BGR is yahoo's biaotch now
Click to expand...

They've been doing these beta guesses for years. If today weren't two weeks since beta 1, I'd refuse to believe it, because they're often wrong.
Reactions: PowerBook-G5
Comment

jonblatho said:
They've been doing these beta guesses for years. If today weren't two weeks since beta 1, I'd refuse to believe it, because they're often wrong.
Click to expand...

The two weeks thing probably won't matter. I can imagine the Apple engineers looking at this thread and laughing as they delay the release another week just to make fun of them.

It can't come soon enough for me.

I just hope nothing regresses... the first beta has been pretty solid except for the battery life issue.
Reactions: scarecrowmac and centauratlas
Comment

argh! can't wait another week for an OTA beta 2 update! my battery life is terrible. hope its pushed out tonight/tomorrow.
Reactions: scarecrowmac
Comment

Bring back the customizable bottom bar! Why hide albums, playlists, etc. behind a menu just so they can put Apple Music at the forefront. I have not interest in it so I should be forced to open to it. Just like iTunes Radio.
Reactions: XW61982 and Benjamin Frost
Comment

Will you look at that, BGR is educated guessing again.
Comment

penajmz said:
Yes! Hopefully iOS 9 beta 2 gets rid of that awful battery life. Had to revert back to iOS 8.4 for the time being.
Click to expand...

Wish I could do that. I have the watch beta too and it requires iOS 9 beta, and there's no way to downgrade the watch beta.
Reactions: scarecrowmac and verniesgarden
Comment
B

Same, Battery and heat issues is what I've been getting. I really hope beta 2 solves it cause im loving iOS 9 so far, so smooth between app switcher/camera/all photos transitions.

I certainly hope they do prioritise ios 9 beta 2 over 8.4 beta....
Comment

I wonder if ios 8.4 will also exclude Discoveryd and replace it with Mdnsrresponder?

I'll believe it when I see it. Last year they were released on Tuesdays.
Reactions: Twimfy
Comment
S

Can't wait for 8.4 GM to arrive. Has anyone run into too many kernel panics running the latest 8.4 beta on iPhone 5S? I've get at least 10 per day.. Like it doesn't like the way I swipe through things.
Comment