As documented in its quarterly earnings reports over the years, Apple reported total sales of 472 million iPhones between the device's 2007 launch and the end of 2013. With analyst estimates of over 38 million units for the current quarter ending in just a few days, the company has undoubtedly already sold its 500 millionth iPhone, a milestone that passed without mention from the Cupertino company, notes Forbes.

The consensus would have placed the milestone sale around March 8 given that entering the quarter Apple had sold 472 million iPhones. So even if it proves a bit high as it did last quarter, we've crossed the point where it's safe to assume that Apple has sold 500 million smartphones in less than 7 years. And the most recent 100 million took somewhere between 2-6 weeks less than the previous 100 million did.
Click to expand...

Apple is known for celebrating notable milestones, changing its homepage for the 30th anniversary of the Mac and setting up countdowns on its website for App Store milestones. The company reached the 50 billion app download milestone in May 2013 and awarded a $10,000 iTunes Store gift card to the person who downloaded the 50 billionth app. 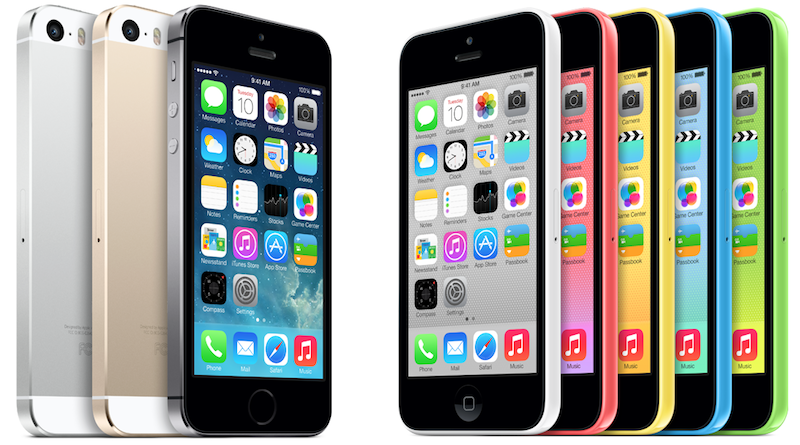 Even though Apple didn't announce the 500 million iPhone milestone, it is not without significance. Quarterly iPhone sales continue to rise consistently on a year-over-year basis, with the company selling a record 51 million iPhones in fiscal Q1 2014, up from 47.8 million in the same time period in the prior year.

These next few quarters may see a slump in iPhone sales as Apple gears up for a possible fall launch of the iPhone 6. Apple's upcoming iPhone 6 is widely rumored to include a larger display, which could encourage a significant number of users to upgrade in 2014 and cause another spike in sales later this year.

It's not about winning, it's about making the best products.
Z

Makes you proud to even be their species. Hats off
U

If you build a better mousetrap, the world will beat a path to your door.

The 500 millionth iPhone is going to get a push notification from Apple after quarterly earnings are announced and the lucky owner gets free iPhone upgrades for life.
M

You can bet that they'll mention it at this summer's WWDC.
N

How can someone sell 500 million phones "quietly"?
T

It all depends on the topic

Apple should give the person who bought it a $500 iTunes gift card.
2

It would even more interesting to see how this compares to other manufacturers of phones. For example I would not be surprised that Nokia and Samsung have sold more than that in total. However, if you compare smartphones in the above $400 category, how close is anyone to apple? I would bet a pretty penny that they are not close at all.

Now that you sold half a billion, let's expand the lineup, yes?
R

Translated: We're not winning X, so we move the goal posts to Y.

Why? Balmer is no longer the CEO of MS. He's enjoying a very wealthy lifestyle on the board of directors with very little interaction with the marketing or development.

Got an iPhone, Mac and iPad myself but it sounds like somebody has a bad case of bias.

I never found Apple sales numbers to be particularly interesting or worthy of front page news.. It's obvious that "if Apple releases X - they are going to sell a very high number of X over the years".

When are the going to start that.

Define best, as for me the iPhone is not it.

Apple makes what it wants, THEN persuades you that what you want.
As opposed to most other things, where companies make items and you choose what you want.

In your FACE, Ballmer!
V

Which analyst will be first to use this information to predict Apple's imminent DEATH ??

Piggie said:
When are the going to start that.

Define best, as for me the iPhone is not it.

Apple makes what it wants, THEN persuades you that what you want.
As opposed to most other things, where companies make items and you choose what you want.
Click to expand...