Apple today released iOS 16.3, the third major update to the iOS 16 operating system that first came out in September. iOS 16.3 comes over a month after the launch of iOS 16.2, an update that added the Freeform app, Apple Music Sing, Advanced Data Protection, and more. 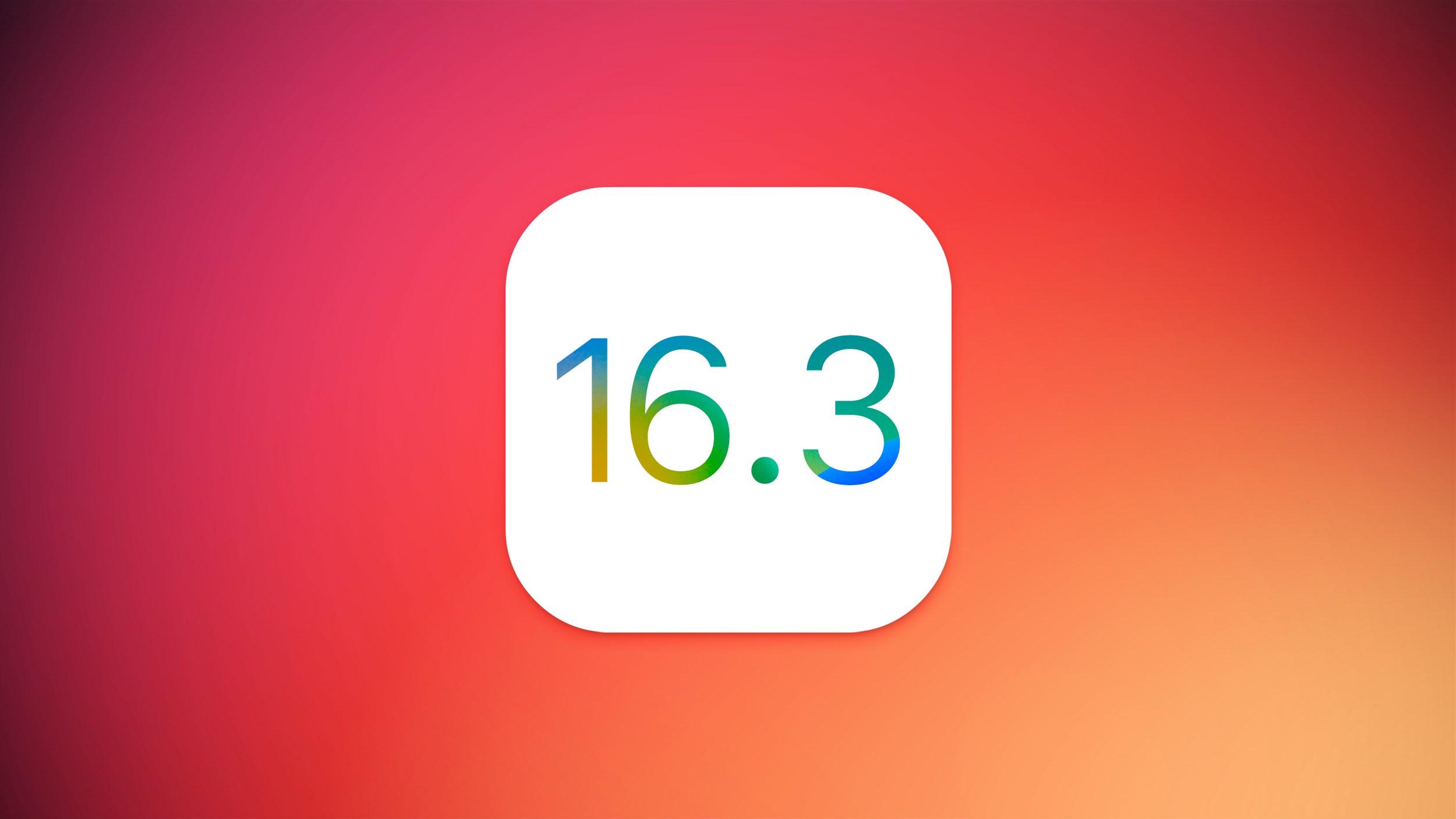 iOS 16‌.3 can be downloaded on eligible iPhones and iPads over-the-air by going to Settings > General > Software Update. It can take a few minutes for the updates to propagate to all users due to high demand. Apple has also released iOS 15.7.3 for iPhone users who have older devices, with the update offering security improvements.

Today's update introduces Security Keys for Apple ID, allowing for physical two-factor authentication that replaces the digital two-factor authentication used for Apple ID logins. There is a new Unity wallpaper, along with support for the second-generation HomePod. The update also rolls out Advanced Data Protection for iCloud to all users globally.

Apple tweaked Emergency SOS to prevent accidental emergency calls. You can still activate Emergency SOS when holding down the side button with the up or down volume button, but a call won't be placed until the buttons are released.

A number of bug fixes are also included, with Apple addressing an issue that could cause horizontal lines to temporarily appear on the iPhone 14 Pro Max, a bug that could result in the Home Lock Screen widget not accurately displaying Home app status, and Siri bugs related to music requests and CarPlay. Apple's full release notes for the update are below:

This update includes the following enhancements and bug fixes:

More information on all of the features in iOS 16 can be found in our roundup. Apple has also released an iOS 15.7.3 security update that is available for those who are still running iOS 15, as well as an iOS 12.5.7 update for those who have an even older device.

The one thing I want from Apple more than AR, VR, MR, iCar, and AirPower:

Fix the damn HomeKit disaster! My Philips Hue motion sensors are not working at all.
Last edited: Jan 23, 2023
Reactions: CarpalMac, mitr0001, gusmula and 30 others

Excellent! Thank you, Apple. I have requested the updated.

Probably same as RC, cant see it yet but gf sees it
Reactions: hovscorpion12
U

Downloading - I hope they fixed at least a few of bugs I've been experiencing since updating to 16
Reactions: michaelnugent, decypher44, nt5672 and 2 others
J

I hope this fixes the battery widget that always shows my AirPods Pro case with 0% battery
Reactions: WLSN, Yrmmont, Matsamoto and 12 others
W

You have to be a real thrillseeker to install a new iOS on day one these days.
Reactions: 40.Mules.and.a.Pixel, mitr0001, gusmula and 41 others

Finally all the improvements that iOS/IPadOS 16.3 offers to the pubic.
Safari changed from version 16.2 to 16.3.

Is the focus fitness bug for Workout fixed?
Reactions: AppleMango

TheYayAreaLiving 🎗 said:
Excellent! Thank you, Apple. I have requested the updated.

There are still graphical problems with notifications after waking up the phone. Notifications are rectangular, and only after a while do they become rounded
Reactions: anshuvorty, primarycolors, Premium1 and 2 others
E

Does anyone know the name of the wallpaper used in the video thumbnail?
Reactions: thejoshuabradshaw

No HomePod and Apple TV updates? Where are they?
Reactions: JosephAW, Arek2217, Erkinshadow and 4 others 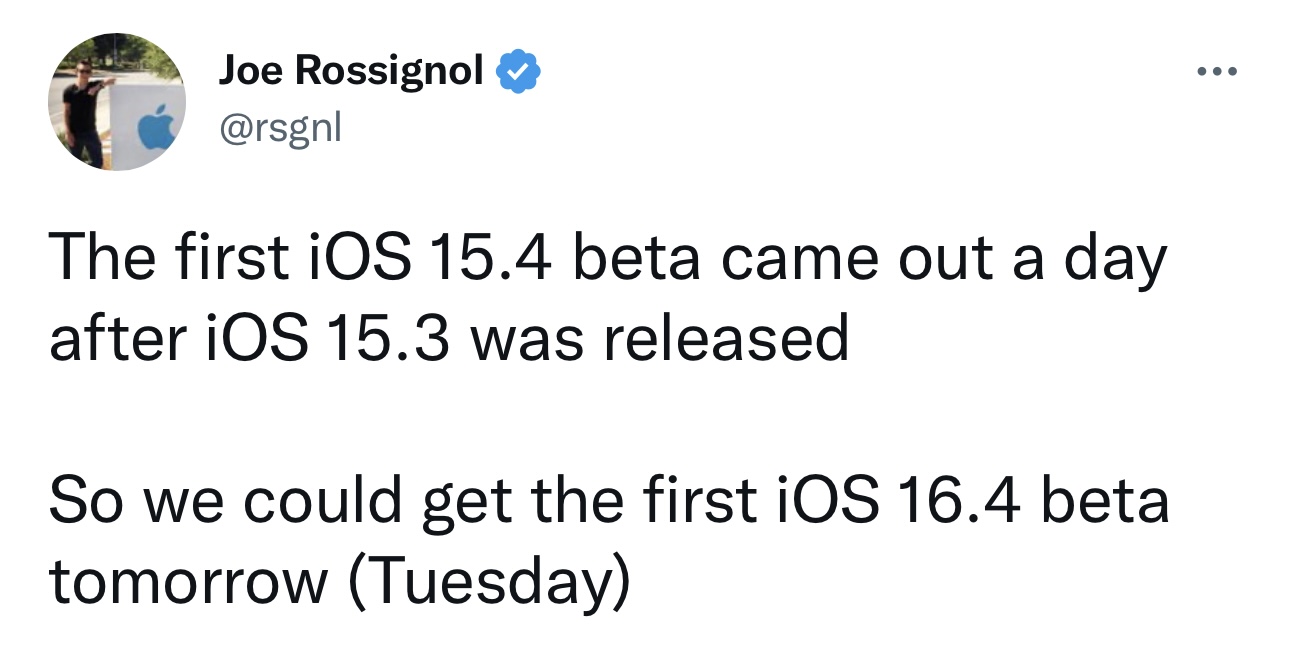 Reactions: DeepIn2U, svish, fatTribble and 5 others

Does HomeKit work yet?
Reactions: Premium1, Yvan256, haruhiko and 2 others

Hilarious that Apple broke loads of people’s setups, pulled the upgrade and now just zero mention of any of it. No fix. Nothing.

This is how I expect a company like Eufy to behave, not a Trillion dollar tech giant.
Reactions: NightFox, iObama, eifelbube and 13 others 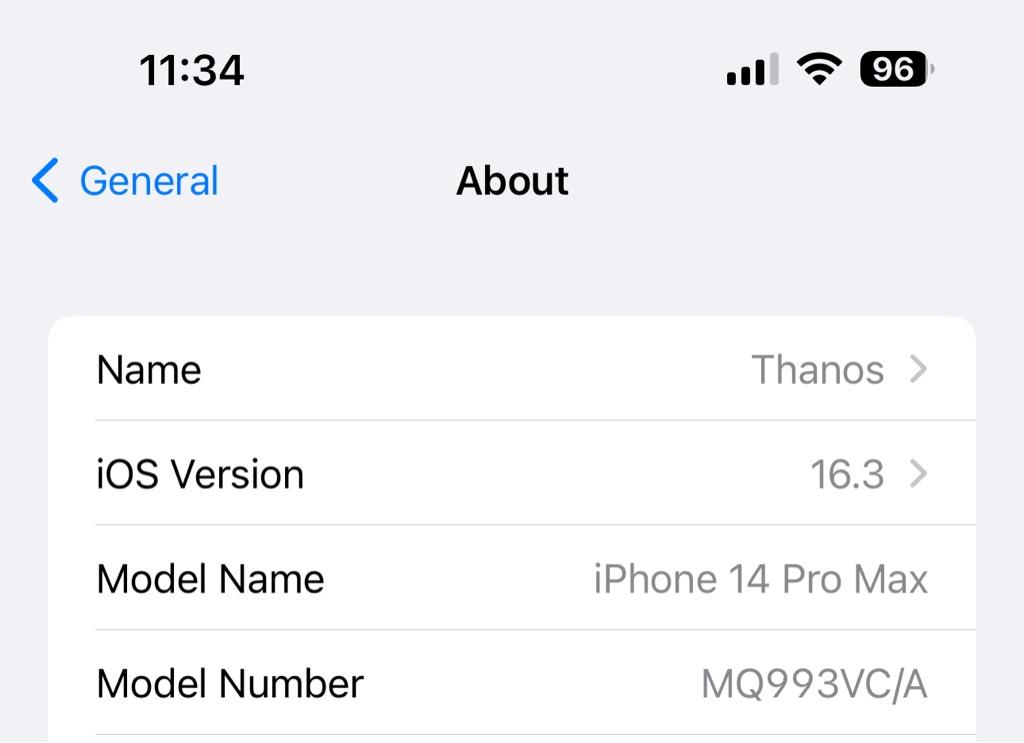 Just ordered a Yubikey to play with
Reactions: DCIFRTHS, mhnd and TheYayAreaLiving 🎗

I’m more excited for this update than iOS 16.0 itself. Just hoping for serious bug fixing.
Reactions: mitr0001, SantaFeNM, decypher44 and 1 other person

Does this fix the blank notification on iOS??? I have it installed so waiting anxiously…
Reactions: X5-452
S

vegetassj4 said:
Just ordered a Yubikey to play with
Click to expand...