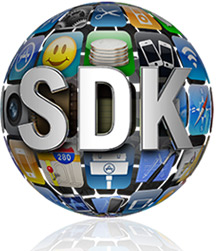 Apple today released iPhone SDK 3.2 Beta 4 via the iPhone Dev Center, offering developers updated tools for building applications for the iPad. The last update to the SDK was issued two weeks ago, continuing a trend of biweekly revisions.

There is no word yet on changes in the new version, but users with access to the SDK are undoubtedly already looking through the software to document the revisions.

what secrets are hidden in here for the iPhone!
D

Wonder what we have in this one...

Here's hoping for some revelations.

I just had a thought: could the iPad be the "iProd" that was found in a firmware/sdk update a while ago?

DARKJ3DI said:
I just had a thought: could the iPad be the "iProd" that was found in a firmware/sdk update a while ago?
Click to expand...

Yeah, I asked that same question the day they announced the iPad officially. It probably was a "placeholder" name...

I don't see any new macbook pro's just yet. They would have to be after the launch of the iPad, but before the June/July iPhone v.4. I am thinking if nVidia,and Intel get there legal battles worked out (which should be soon), unless Apple is willing to forgo nVidia chipsets, and run back to Intel (unlikely)

I myself wish for a Pro with an Intel chipset/ i5 or i7 quad, nVidia GT 335m, But if I know apple, no such thing will happen until October/November.

iPhone/ iPad SDK 4.0 will be announced when iPad launch (my prediction)

MacRumors said:
There is no word yet on changes in the new version, but users with access to the SDK are undoubtedly already looking through the software to document the revisions...
Click to expand...

...and getting ready to violate their NDAs to reveal them.

The ipad weather/stocks/calculator apps pretty much suck relative to what is available in the app store. The only way they get better is if they can appear as widgets and used in a multitasking overlay. Otherwise I prefer the weather channel app. Actually I prefer it anyway.

Silv3rF0x said:
Yes any word if there is a new IPhone coming out in this SDK or not? I have the 1st gen but was going to wait and get the new one if there is one coming out.
Click to expand...

I would imagine the next gen iPhone would be running OS 4.0 software. Unlikely to see anything about it in this version.
U

WPB2 said:
iPhone/ iPad SDK 4.0 will be announced when iPad launch (my prediction)
Click to expand...

I agree. The last two years Apple has had a iPhone SDK update announcement in the March timeframe. This year may be different because of the iPad, but I still feel like they have more to announce on the iPhone OS front. Proof of this is the fact that these 3.2 SDKs are for the iPad only. Why would that be? It doesn't make much sense unless they branched this off to let developers work on iPad apps ASAP (since it's released in early April, instead of the traditional June/July of the iPhone) while they work to get iPhone OS 4.0 into shape, at which time the OS/SDK will merge together in 4.0. The week of April 3rd is going to be interesting, not just because of the iPad launch, but because it would be an opportune time to release a non-beta version of the SDK and OS. If 3.2 doesn't materialize for iPhone on the week of launch, I think 4.0 will be just around the bend. It would be awesome if the iPad shipped with 4.0, but that's looking less and less likely every day.

Also iPad user guide will be located at http://help.apple.com/ipad/guide

As to the MBP all in good time men.

As to iPads SDK I'm sitting this round out. Why you ask, simple trying to write software while tracking an API that is in flux is very frustrating to say the least.

Besides I just have this feeling there won't be any great surprises in the iPhone 3.2 release. Rather I expect 4.0 to deliver to us some very interesting improvements.

Also on a side note I'm not to excited about the dashboard idea. I don't use it to much on my MBP. So I wonder if it would be even worthwhile on an iPad. It could be a good platform to deliver limited multitasking for the iPad. Even so it wouldn't make up for the lack of a clock app. All of these little things add up to 3.2 being a transitional platform for iPad.

The stock iPhoneOS apps (except Safari and Contacts) never show up on the simulator, I'm surprised that the Photos app did.

i wonder if there are still signs of a camera
I

I'm guessing we won't be seeing iPhone OS 4.0 on iPad anytime soon. Apple releases SDK beta's so developers can test the OS in combination with their applications. Apple won't ship the iPad with an iPhone OS that hasn't been tested by the general developer public. So no OS 4.0 for iPad.

Last year, Apple previewed iPhone OS 3.0 in March (17th to be exact) at a small special event on their campus. I would say they'd use a similar timeframe and venue this year, but since the iPad is being released in April, this event might have been postponed to sometime next month.

I've already heard some very quiet rumors of an event in the third week of March. But because a very odd date (Sunday, March 14th) was mentioned, you can't take it seriously actually. Still, there might be an event coming, next week perhaps not but at the very least in April. Apple definitely wants to preview their new iPhone OS/SDK to get people hyped up for the new OS and the new 'A+' iPhone.

For what it's worth. Prior to Apple's iPad event there were some rumors Apple would rename iPhone OS to 'iOS'. As we all know they didn't, but I think it's still possible. iPhone OS refers to iPhone, but since both iPod touch and iPad also run iPhone OS that name won't cover the general use of it anymore. A new name would be the solution. Though you could rename it even to iPod touch OS and iPad OS of course. Just a guess.
T

Maybe some new features for the iPad when they announce OS 4.0 this month?
W

That is a very good question.


Silv3rF0x said:
Yes any word if there is a new IPhone coming out in this SDK or not? I have the 1st gen but was going to wait and get the new one if there is one coming out.
Click to expand...

well you will need to give people time to pry into the SDK. Like you I'm waiting on the next iPhone release. In my case I'm getting by with a 3G. The thing is I'm waiting for the next rev no matter what the OS is.

The expectation is that the hardware will be dramatically better. With the current OS responsiveness pretty much sucks on the 3G. I don't know how much better it can become through optimization so the solution is better hardware. Plus I really want a device with a larger screen, even if that larger screen is only tens of pixels bigger. The idea is to make horizontal mode more useful when the keyboard is deployed.

I would love bluetooth printing!
J

Friscohoya said:
The ipad weather/stocks/calculator apps pretty much suck relative to what is available in the app store. The only way they get better is if they can appear as widgets and used in a multitasking overlay. Otherwise I prefer the weather channel app. Actually I prefer it anyway.
Click to expand...

Have a look at WeatherBug for weather and Bloomberg for stocks. I don't know about calculators, but a quick search of the App Store shows dozens.

dejo said:
...and getting ready to violate their NDAs to reveal them.
Click to expand...

Also iPad user guide will be located at http://help.apple.com/ipad/guide
Click to expand...

Um, seriously? How hard is it for someone to come up with a free calculator app? Or a weather app? This will be covered by "someone" if it's not apple.
You must log in or register to reply here.
Share:
Facebook Twitter Reddit Email Share Link
Register on MacRumors! This sidebar will go away, and you'll see fewer ads.
Sign Up
Top Bottom