Apple has been having early discussions with Hollywood executives about producing original video programming in a bid to potentially compete against companies like Netflix, Amazon and Hulu, according to a new report from Variety. 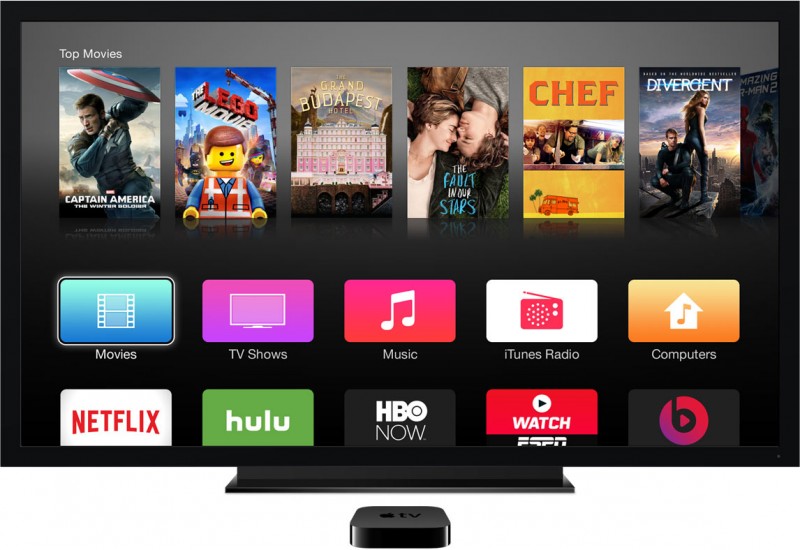 Sources indicate the Cupertino, Calif. colossus has held preliminary conversations in recent weeks with executives in Hollywood to suss out their interest in spearheading efforts to produce entertainment content. The unit putting out the feelers reports into Eddy Cue, who is Apple's point man on all content-related matters, from its negotiations with programmers for Apple TV to its recent faceoff with Taylor Swift.
Click to expand...

It's currently unclear how large Apple's ambitions and commitment to producing original video content are, as sources have told Variety contradictory things about the Cupertino company's plans. One source says Apple wants to create development and production departments that could create long-term content like Netflix does with original TV shows and movies. Another source says Apple is "flirting" with the idea, and launched an "unprecedented bid" to sign Top Gear stars Jeremy Clarkson, James May and Richard Hammond when they left the BBC. However, Amazon ended up winning that bidding war.

In recent years, Apple has hired independent film content experts to shore up iTunes Movies' independent offerings with exclusive windows on films and a broader selection of content, including offering movies available for rent before or during their theatrical runs.

More recently, Apple has expanded into original content with its worldwide Beats 1 Radio station and music videos for artists like Drake, Eminem and M.I.A., which are reportedly produced in-house. With Apple's rumored live TV-over-the-internet service coming in 2016, it's likely the Cupertino company could be looking for original and exclusive content to lure customers to its service rather than its competitors.

That could be really interesting with Apple's deep pockets. And smart. Netflix and Amazon Prime have most of the same free movies but Netflix keeps me paying $8 per month because I love House of Cards.
Reactions: Jstuts5797, RabbitLuvr, mattopotamus and 4 others
P

I wouldn't mind some self-referanital material. Imagine a generic sitcom in which every character wears grey t-shirts, lives in a nondescript white room, and talks like Mr. Ive. "There's something I've wanted to say to you for a multitude of years… it's about refining our friendship, rethinking what we mean to each other in a way only we can do, Abigail."
Reactions: Nevadadrifter, ENduro, CarpalMac and 29 others

As many negative things people are going to come up with, and as much as I doubt this anytime soon, I think Apple's cash and creative expertise could potentially mean high quality Hollywood collaborations and fantastic productions! Who knows!
Reactions: Jstuts5797, RabbitLuvr, sshambles and 1 other person

Just get Larry David, Seinfeld and Tina Fey and make them work the magic.
Reactions: galrito, RuralJuror, Bare and 8 others

Not a fan of this at all. Apple doesn't need original content and Eddy Cue should be focused on making iCloud, Apple Music and Siri best in class. They're not right now. If he really wants to do this then Apple should spin off Beats into its own company and Cue can go run it. Then Cook can poach someone from Google, Microsoft or Amazon that really understands internet services.
Reactions: AQUADock, jettredmont, lendlice1013 and 58 others

Wait another 10 years, Apple, that way you'll be sure you're too late.
Reactions: AleXXXa and winston1236

Apple is getting into everything these days. Do you all think they appear to have a solid game plan or are they just throwing things against the wall and seeing what sticks?

Really a good idea. Look at Netflix stock after they did this. I would really love for them to get in the TV game, both producing and content delivery. Everything is there for them, they just need to get it together.
Reactions: Jstuts5797, RabbitLuvr, orbital~debris and 1 other person

please no ... we already have one Alphabet
Reactions: lendlice1013, nunes013, Arran and 3 others
F

didn't tim cook say they won't do this? i remember he mentioned this in an interview with walt
M

Rogifan said:
Not a fan of this at all. Apple doesn't need original content and Eddy Cue should be focused on making iCloud, Apple Music and Siri best in class. They're not right now. If he really wants to do this then Apple should spin off Beats into its own company and Cue can go run it. Then Cook can poach someone from Google, Microsoft or Amazon that really understands internet services.
Click to expand...

I agree that Apple needs to fix a few things.

But there are writers and directors who will be making content that will end up somewhere... be it Amazon, Netflix, Hulu, etc.

So why not on Apple's platform?

It's not like Apple executives will be literally producing these shows... i.e holding cameras and positioning lights

Apple will write a check and a production company will make them. They will simply premiere on Apple first.
Reactions: lendlice1013, laurim, RabbitLuvr and 14 others
S

GrumpyMom said:
Apple is getting into everything these days. Do you all think they appear to have a solid game plan or are they just throwing things against the wall and seeing what sticks?

If they have the cash, resources and innovation to work in these fields, then they have an obligation to make better products/services. Apple has hit gold in almost everything they do. I don't know how long they can keep it up, but if they can get in the Cars & TV's game... that's covering a lot of areas.
Reactions: Jstuts5797, orbital~debris and nortofthe13th
S

Rogifan said:
Not a fan of this at all. Apple doesn't need original content and Eddy Cue should be focused on making iCloud, Apple Music and Siri best in class. They're not right now. If he really wants to do this then Apple should spin off Beats into its own company and Cue can go run it. Then Cook can poach someone from Google, Microsoft or Amazon that really understands internet services.
Click to expand...

While Netflix does have a decent UI, I'd love to see what Apple could do with it if they bought the company out.
Reactions: Jstuts5797

nortofthe13th said:
As many negative things people are going to come up with, and as much as I doubt this anytime soon, I think Apple's cash and creative expertise could potentially mean high quality Hollywood collaborations and fantastic productions! Who knows!
Click to expand...

I worry about Apple being stretched to thin and having too many irons in the fire. We've got the Watch now; who knows how that will evolve and where else Apple will go in the wearables space and what the future is for ResearchKit. We don't know what Apple's plans in the home automation space are. Apple Music is still far from great. Siri could be so much better, same with Apple Maps. Apple has made lots of changes to iOS and OS X over the last 3 years that require more polish. We have Apple making a big push in the enterprise. There are rumors about an iPad "Pro" and of course the Apple car rumors. I think Apple has a full plate right now and I worry they're trying to take on too much and the user experience suffers because of it.
Reactions: galrito, djang0, Simplicated and 7 others

They need to change how those services work, they aren't reliable. Maybe Cue needs to be set aside in order to fix them.

I'm all for seeing more TV produced by parties other than the traditional networks.

I suspect Apple's first thinking is some kind of music programming, though, not long-arc dramas that I'd be interested in.

Yes they should do these shows.

Wait.....wait...wait for it....yes! You can only see them on Apple devices! woohoo I feel honoured I am one of the select few willing to shell out extra bucks for a very closed system. What makes me select is my ability to do iPayOutTheNose for Apple stuff.

Too bad Netflix & Apple both whiffed on the Top Gear trio. ...they wound up on freaking Amazon prime.

Please keep making the great hardware you have been. Please improve your software that is buggy as hell lately.

Please stop trying to do more and more half assed stuff like apple music, and TV content.

I'm not sure what happened to a thousand noes for every yes but Cook needs to start saying no. Maybe this turns into nothing or is nothing more than Apple paying for exclusives (though I hate exclusives). But if Cue wants Apple to get in the content production business then I seriously think the board should consider spinning off Beats and Cue can go run it as a separate company.
Reactions: Analog Kid

We already know users are willing to pay $100-$200 per month for cable and satellite with channels they have no intention of watching. So they cut the cord. If they pay for things they select either ala carte or in small bite size groups with "some" channels they don't care about, that model would work.

Cord cutting has made it possible for some of my friends to reduce their total cost to $50 for internet and $3 for an instance of Netflix. Far lower bills. If Apple will have a family plan like Netflix where the instances can be either at your primary home or your secondary home and not force two accounts, then my stated vision is about to arrive.

So imagine the new ATV with an Apple branded service for around $30/month, plus Netflix for $12/month, plus Hulu for $10/month, plus HBO for $10 per month, plus Pandora. Now we are talking about over the top service similar to what a family consumes now, plus major benefits of the ecosystem itself. That's 4 TV's.

That's what I see and why I have budgeted $200 per TV and $50 per family per month for this announcement. It will likely force an upgrade of two TV's that were late adopters to HD.

Hopefully speakers too for the music only users.

netflix i'm a fan of, because content is their business and their focus.

apple is starting to make everything its business, which i'm sure can be a successful model as demonstrated by companies like google and samsung, but its the opposite of what apple used to be. reminds me of this tidbit: