The new beta can be downloaded through the Apple Developer Center and through the Software Update mechanism in the Mac App Store.

It is not known what improvements the second update to OS X El Capitan will bring, but it's likely to focus on bug fixes, security enhancements, and performance improvements to address issues that have been discovered since the release of OS X 10.11.1. According to Apple's release notes, focus areas for the beta include Graphics, Mail, Wi-Fi, Calendar, USB, Notes, Photos, and Spotlight.

I know it's early, but does it fix the aliases not showing up in Mail issue? Or the weird auto brightness and contrast making the screen washed out issue?

All bug fixes are appreciated, of course.
Reactions: OverSpun and xSeaside
R

Apple really needs to make efforts to regain their "it just works" image.
Reactions: chama98, greenmeanie, MrUpload1000 and 14 others

Cue the comments about:

TMRJIJ said:
Cue the comments about:

Cue the comments about cueing comments.
Reactions: alvindarkness, man3ster, Sabretooth78 and 14 others
E

But now you could delete my thread or merge them because someone already wrote in there.

Any word on the public beta?

I hope they will add RAID support in the new Disk Utility...
Reactions: xSeaside, jblagden, macduke and 2 others

Slooowwww.
Normally I reach my max. download speed when updating, even if it's just released, download will finish in under 5 minutes, now about 1 ½ hours to go.


fredmatrack said:
I hope they will add RAID support in the new Disk Utility...
Click to expand...

Anyone notice any differences? Any problems?

I wish the comments with these beta releases would focus on these two questions, instead of everything else...
E 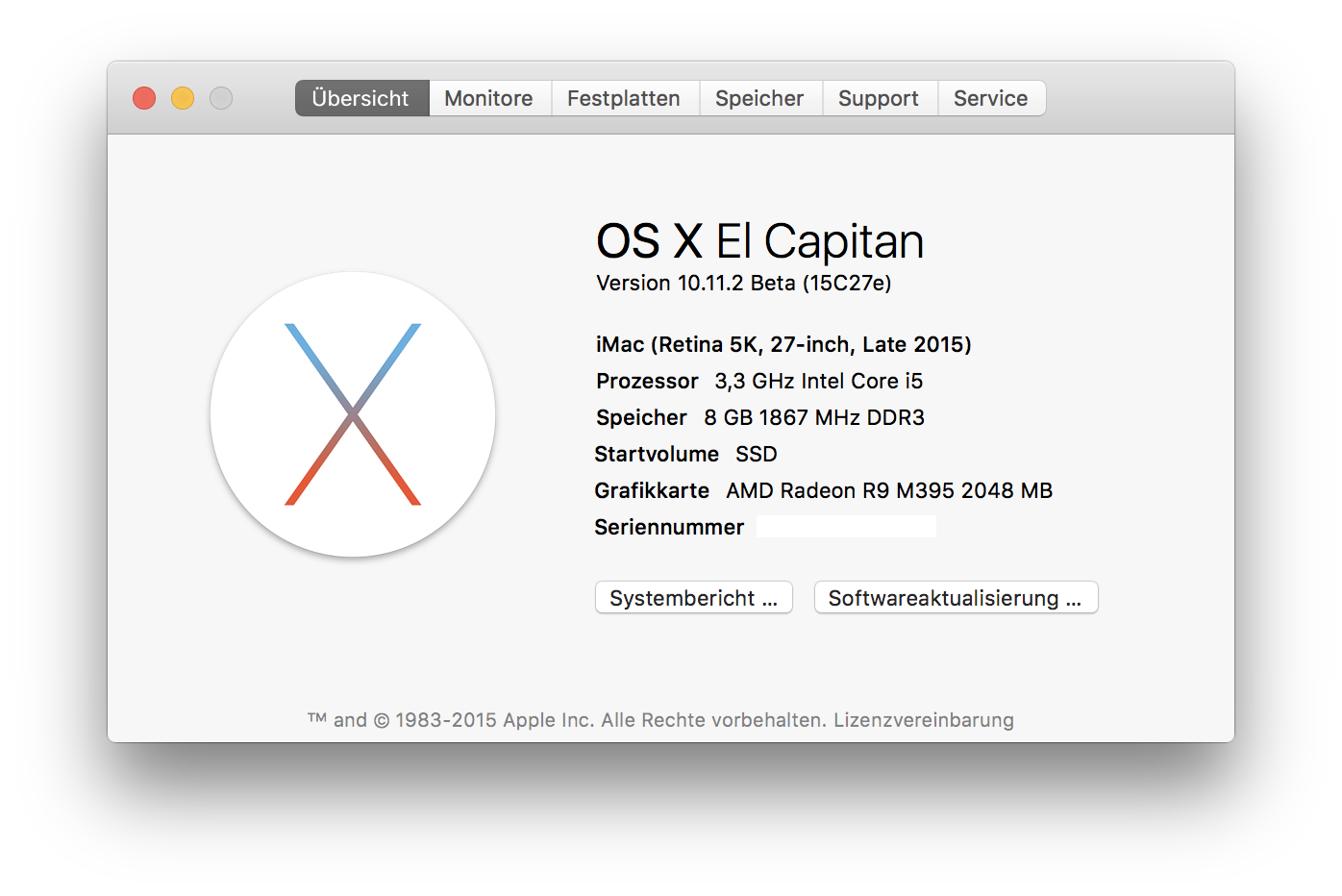 I would update but my system is running great and I have no idea what this fixes?

felt. said:
I would update but my system is running great and I have no idea what this fixes?
Click to expand...

Maybe it will run even "greater"
Reactions: The Doctor11
E

I hope it fixes that iCloud is permanently asking for my password. That issue came with the final version of 10.11.1, never had this before since the first El Capitan beta.
Reactions: JackRoch
R

Welcome to the iOS like world of OS X.
Reactions: colourfastt and jblagden
N

Good, I may upgrade to El Capitan after the public release of this version

Does it fix Photos looking GREEN when you load them in Preview? A really annoying bug!
It was fixed in 10.11.1 beta but came back in 10.11.1 final.
Reactions: StudyFlo and paulCC

EDIT: Just read that there is zero raid support in El Capitan Disk Utility. Wow... this is a huge mistake and will guarantee we won't be moving to El Capitan in our studio until they fix it. We run all of our projects on mirrored drives in our Mac Pro towers. There is no way we'd be willing to give up that data security for the new El Capitan features. This is a massive mistake on Apple's part.
Reactions: MrUpload1000 and xSeaside

For the love of everything holy and the sake of my sanity, I hope they finally do something about the abysmal SMB performance that has plagued Macs since Mavericks. I noticed a very slight improvement in 10.11.1 but I hope like hell that's not the extent of it. El Capitan is still insanely freakin' slow compared to Windows PCs or older Macs (10.7 and earlier.) There's just no excuse for this not to have been fixed by now.
Reactions: bcc2k and SoyCapitanSoyCapitan
P

cRuNcHiE said:
Does it fix Photos looking GREEN when you load them in Preview? A really annoying bug!
It was fixed in 10.11.1 beta but came back in 10.11.1 final.
Click to expand...

While the "green JPG in Preview" is really embarrasing, I'd would much prefer for the SATA-USB3 adapter to start working again, like it does in Mavericks....
T

I hope they restore the cmd+e shortcut for ejecting drives quickly in disk utility.

TheGenerous said:
Good, I may upgrade to El Capitan after the public release of this version

Hey it's my brother from another mother! Hermano!