Apple today seeded the first public beta of an upcoming watchOS 7 update to public beta testers, one week after seeding the fourth beta to developers and a month and a half after the Worldwide Developers Conference. 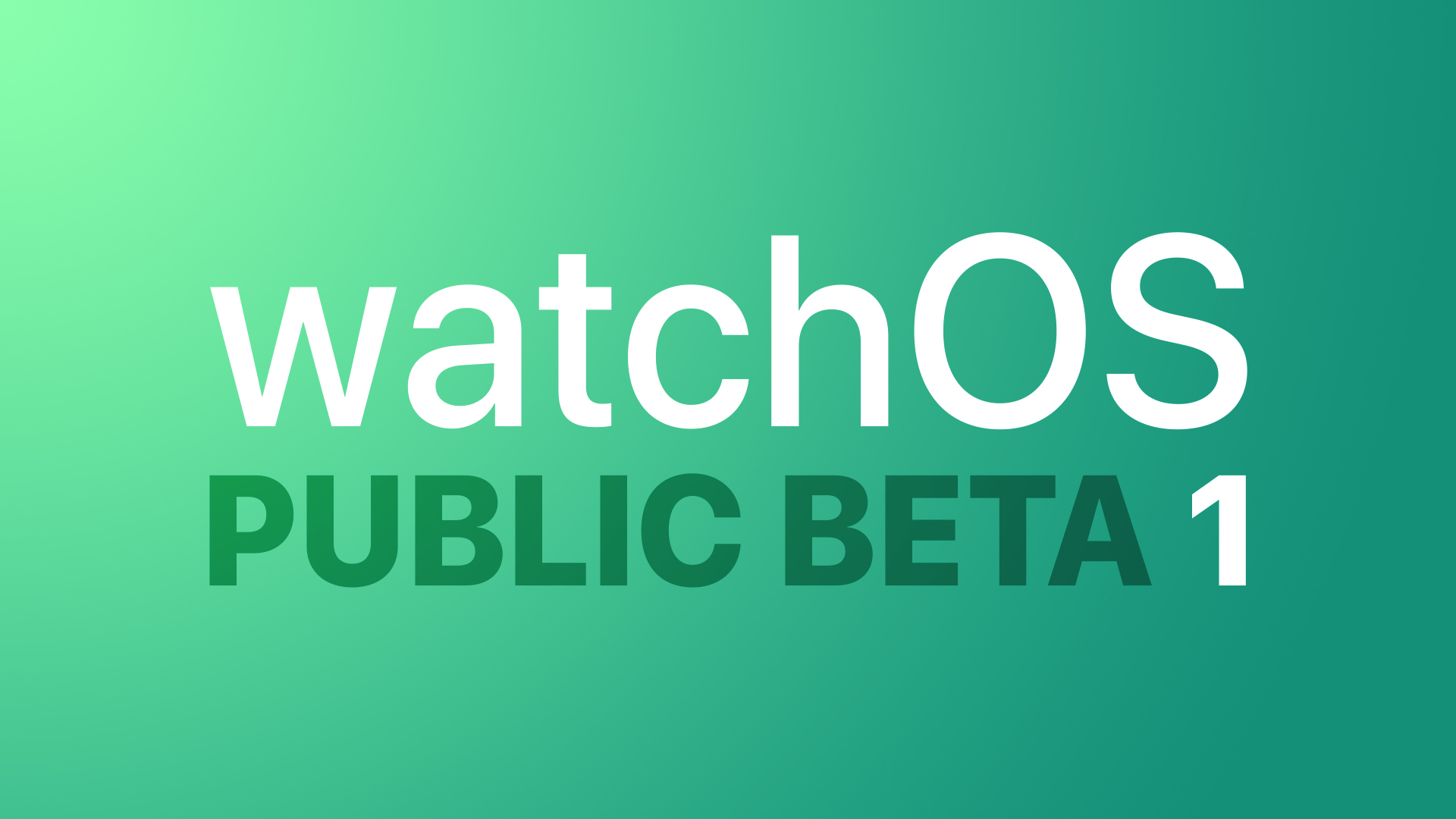 The update can be downloaded after installing the proper profile from Apple's Public Beta website. watchOS 7 should not be installed on a primary device as it is still an early beta and there could be bugs.

There's a new watch Face Sharing feature that lets you share watch faces with others and install new watch faces from the App Store, Messages, Mail, websites, and more.

Tempted to nab this just to see if it fixes the ongoing iPhone SE connectivity issues.
Comment
T

So is the same build as beta 4 DP?
Comment

Is there anyway to downgrade or restore if something goes wrong?
Reactions: gank41
Comment

Remember: There is no way to downgrade an Apple Watch back to watchOS 6, even in the public beta.

This is the same as the developer beta 4.
Reactions: Anson_431, that be me and Braderunner
Comment
V

do i need to have ios14 on my phone as well?
Reactions: jjm3
Comment

ericg301 said:
Is there anyway to downgrade or restore if something goes wrong?
Click to expand...

VolliK said:
do i need to have ios14 on my phone as well?
Click to expand...

IMO it works best if both watch and phone are on the latest versions. I have had no issues with watch and have been running watch OS7 since the first beta along with iOS 14 betas from the start.
Reactions: ZUser_7 and roncron
Comment

This is a can of worms being opened.... no roll-back capability. Hmmmmmm.
Reactions: yegon, SqlInjection and gank41
Comment
Z

Note: If you use the Dark Sky Watch face widget, it doesn’t display the temperature.
Comment

The betas for watchOS 7 have been great apart from minor graphical bugs. Had it since beta 1 and no issues at all. Can’t see why anyone would want to roll back to 6, I guess Apple don’t either since it’s now public.
Reactions: AirunJae, roncron and gank41
Comment

No one should install this if you have plans on going back in case something doesn’t work. No way to roll back. Once you’re on this beta train, you’re on it to the official release. I’m surprised after seeing this being available on all the tech sites that not one of them that I’ve seen have mentioned there’s no going back. Just detailed and simple instructions on how to do it.

Defender2010 said:
The betas for watchOS 7 have been great apart from minor graphical bugs. Had it since beta 1 and no issues at all. Can’t see why anyone would want to roll back to 6, I guess Apple don’t either since it’s now public.
Click to expand...

I agree, it’s been great. But there’s been battery drain issues and you need to be on iOS 14 beta, also. Lots of caveats and I’m not seeing any of that being posted anywhere.
Reactions: roncron
Comment

Mods, there is a typo, 'Pulbic' instead of 'Public' in the graphic.

What is a Pulbic beta or should I be afraid to ask.
Comment

Uhm, hello. I think that should be Pubic Beta.
Reactions: compwiz1202, Shirasaki, nicho and 7 others
Comment
Z

Anyone else stuck approximately 10% into "Preparing..."?
Reactions: yoavon1
Comment

MacBird said:
Mods, there is a typo, 'Pulbic' instead of 'Public' in the graphic.
Click to expand...