Update: MacRumors has received Kuo's research note and it refers to a 31.6-inch monitor as we originally reported. DigiTimes incorrectly referred to this product as a 31.6-inch iMac. There is no mention of an iMac.


Apple will switch to mini LED backlighting for a raft of hardware coming over the next three years including a 31.6-inch iMac to be launched in the second or third quarter of 2019, reports DigiTimes this morning. 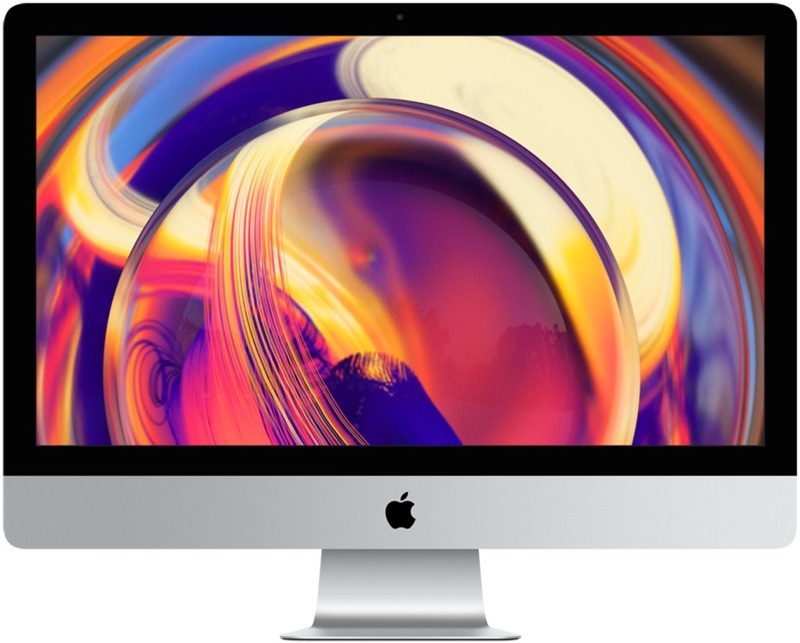 Apple will adopt mini LED backlighting for a 31.6-inch iMac to be launched in the second or third quarter of 2019, a 10- to 12-inch iPad to be unveiled in fourth-quarter 2020 or first-quarter 2021, and a 15- to 17-inch MacBook to be introduced in first-half 2021, according to a analyst Kuo Ming-chi at TF International Securities.
Click to expand...

Today's DigiTimes report cites comments made by well-known analyst Ming-Chi Kuo to local media, a machine translation of which we covered on Monday. That report, which carried a warning of possible mistranslation, referred to a 31.6-inch 6K standalone display, but DigiTimes refers multiple times to an iMac with the same dimensions.

The report goes on to note that Apple is settling on mini LED technology for its wide color gamut, high contrast ratio, high dynamic range and local dimming.

The backlight unit (BLU) to be used in the 31.6-inch iMac will be made of about 500 LED chips of 600 microns in size, with Japan-based Nichia to supply the LEDs, Kuo said.

Strictly speaking, this is a quasi-mini LED BLU because the chip size is much larger than those of standard mini LEDs, according to industry sources. However, the use of such a BLU will give opportunities for the supply chain to improve mini LED production in cost and yield rate, the sources noted.
Click to expand...

More than 10,000 mini LEDs will be needed for the "10- to 12-inch iPad," according to the report, and these LEDs will be made by Epistar. Meanwhile, LCD panels will come from LG Display and BLUs by Radiant Opto-Electronics, and all three companies will form parts of the supply chain for the mini LED-backlit MacBook.

Suspect this is more likely to be the Mac Pro display in the first case, with redesigned iMacs later, maybe next year.
Reactions: CarlJ, RandomDSdevel, Glockworkorange and 4 others
Comment

I didn't think I needed a bigger iMac but maybe I do..
Reactions: Tucom, Kabeyun, Average Pro and 5 others
Comment

Its normal, like i said, Apple to reveal the stand alone display along side with the next gen imac design
Reactions: Average Pro and Darajavahus
Comment

Reckon it could be edge-to-edge? That'd give you a bigger screen in a similar (if not the same) size casing.
Reactions: SoN1NjA, mejsric, Darajavahus and 2 others
Comment

I still wish Mac Rumors had a trackrecord.macrumors.com section where DigiTimes gets a "you'd have better odds rolling a dice" rating.
Reactions: GubbyMan, CarlJ, RandomDSdevel and 11 others
Comment

Nice. I wonder if we'll get more a widescreen 16:9 or 21:9 size. I'm not sure if this is technical will be a good decision but more horizontal space for me will replace the need for a 2nd monitor.
Reactions: ChrisMoBro, CriticalVoice and Darajavahus
Comment
H

27" with big bezels is pretty much outdated, since it has been used with the same design over the last couple of years. 32-34" would be the perfect size for me. For limited space they could bump the 21.5 to 24".
Reactions: fourthtunz
Comment

remeber, by only shrinking the black bezels (not the chin) you can get from 27" around 30.2" without any dimensions difference. So an 31.6" will be just a bit wider and taller
Reactions: Darajavahus
Comment


nathan_reilly said:
I didn't think I needed a bigger iMac but maybe I do..
Click to expand...

So one source thinks it is a standalone display, while the other thinks it is an iMac, both pointing to a very precise measurement of 31.6". This mean for sure Apple is releasing something with this specific display, just nobody knows what product it will be sitting inside of. (Actually, why not both a display and an iMac)
Reactions: orbital~debris
Comment

Probably be same form as the 27” iMac and start a $4000...
Reactions: AlexGraphicD, Avenged110, bruinsrme and 4 others
Comment

How about reducing the bezels, is there any information regarding?.. I'm just asking because everyone next to me using a Razer Blade or a Dell XPS makes my MacBook Pro look outdated lol.

LG IPS Displays are among the best ever made and it is one of the reasons I bought my Mac so yeah, I'm curious to see where we go next from here.. maybe a 13" adopt a 15" display without bezels?
Reactions: SoN1NjA
Comment

Let's hope they do something about the huge bevels at the same time.
Comment

For almost 4 years now I use 40 inch screens for both my Windows and macOS systems. I like them though some times I wish they were a bit smaller. Not sure how much smaller, but perhaps 31.6" is the magic number. (nudge nudge, hint hint)
Comment

Another overpriced junk to be revealed soon!

This company with little Timmy is loosing popularity. They can’t even make a proper keyboard or a MacBook that lasts 2 years....
Reactions: AlexGraphicD, shaunp, EightyTwenty and 4 others
Comment

Hmmm...maybe I won't upgrade this year. Outside of being super slow and one port going kaput, my 2013 27" is still okay.
Comment
V

I hope it comes with the 5600rpm hdd still too!
Reactions: AlexGraphicD, DCIFRTHS, Lazy and 22 others
Comment
R