According to Re/code, Apple's iPad event will be more low-key than its September iPhone event, and it will be held at the company's Town Hall Auditorium. The company's iPhone event, which saw the introduction of the iPhone 6, 6 Plus, Apple Watch, and Apple Pay, was held at the Flint Center, where the original Mac was unveiled 30 years ago. 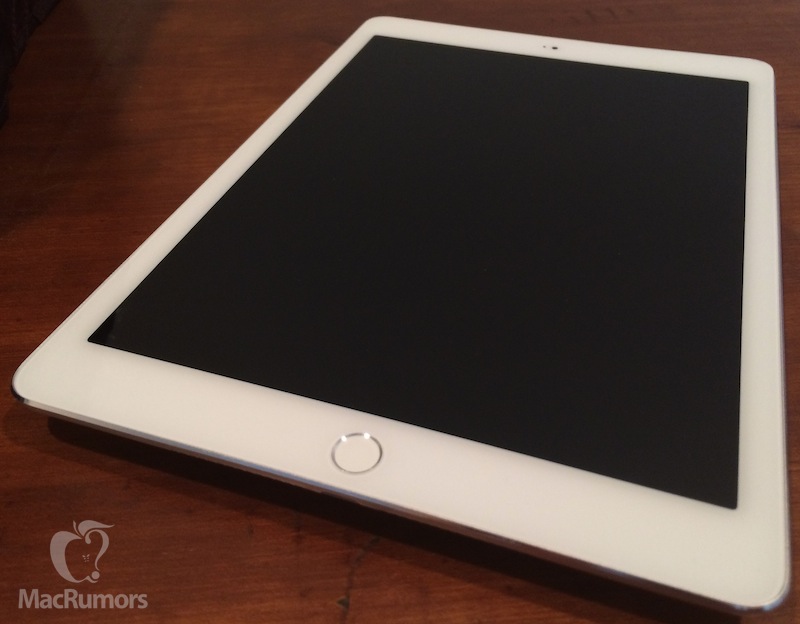 Apple has a few more new products to unveil before the year is out, and it plans to show them off in a couple weeks. Sources tell Code/red the company will hold its next special event on Thursday, Oct. 16 -- not the 21st. Headlining the gathering: The latest updates to its iPad line, along with those new iMacs that 9to5Mac told us about earlier this week. Also: OS X Yosemite.
Click to expand...

Apple's next-generation iPad Air and iPad Retina mini are both expected to come with updated processors and support for Touch ID, the fingerprint first sensor introduced with the iPhone 5s. The iPad Air may also come in a gold color variation, and it may include a new anti-reflective laminated display.

The Retina iMac, which may come with a "5K" resolution of 5120 x 2880, may be available only in 27-inches and it may also feature AMD graphics. It is expected to use a Haswell processor, as next-generation Broadwell processors for the iMac won't be available until 2015.

As for OS X Yosemite, development on the software is nearing completion and a golden master candidate was seeded to developers earlier this week.

But my wallet isn't ready!

Really, it literally is not ready to use yet:

Hopefully the iPad 'Pro' will get a mention!

Really, really hoping for new iPod touches! My birthday is a few days after the 16th, it'd be a great self present!
B

Hmmmm, not sure if serious.

I have money saved!

I am almost at the front door of Apple

iPad her I come, iMac, maybe, have to see it first.

I look forward the simultaneous Chinese translation of the event.

Slix said:
Really, really hoping for new iPod touches! My birthday is a few days after the 16th, it'd be a great self present!
Click to expand...

bigchrisfgb said:
Hmmmm, not sure if serious.
Click to expand...

The build they releasd they labeled as a GM candidate (which I don't think they've ever done before.) There are some pretty obvious bugs in it, so I'm pretty sure we'll see another one.

Will there be an iPad Plus/Pro????

Don't need any of it, but it's always exciting

Because nothing says National Boss' Day like dicking off at work while watching an Apple presentation.
A

decimortis said:
I look forward the simultaneous Chinese translation of the event.

I almost forgot about that!
D

When can we start queuing?

Nice! Now I can move on from my iPad 2 that has been working great! Just time for a upgrade!
A

Anyone heard mention of the "For Sale" dates on the new version iPad air? My son is chomping at the bit to buy an iPad, and I keep trying to get him to wait for the new version. It would help if I could tell him when they will be available.
B

Cougarcat said:
The build they releasd they labeled as a GM candidate (which I don't think they've ever done before.) There are some pretty obvious bugs in it, so I'm pretty sure we'll see another one.
Click to expand...

Milese3 said:
Hopefully the iPad 'Pro' will get a mention!
Click to expand...

I was really hoping to hear the iPad announcements at the last show. Even if the "Pro" does not get announce, I would love to hear the following --

iPad Mini
All the above
NFC
Apple Pay

This is pretty much all I am interested at the moment. iMac updates are always welcomed of course. iPod, maybe some new colors?
H

mac mini is waiting for broadwell
A

So invitations should come out any day now?
They normally come out, what 2 weeks before an event..?