Apple Warns Against Closing MacBooks With a Cover Over the Camera

Apple this month published a support document that warns customers against closing their Mac notebooks with a cover over the camera as it can lead to display damage. 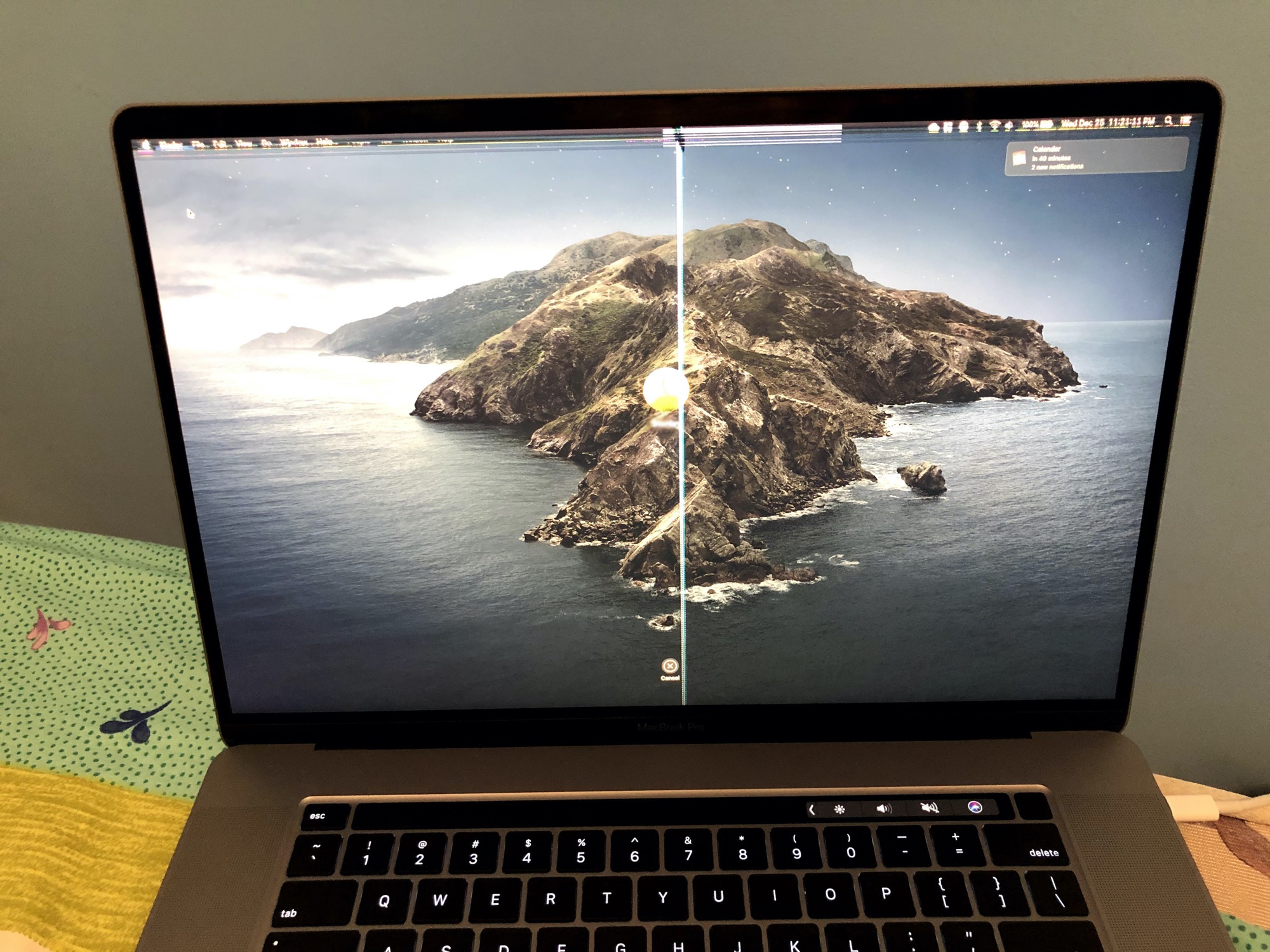 Image via Reddit​
Apple says that the clearance between the display and the keyboard is designed to very tight tolerances, which can be problematic. Covering the camera can also cause issues with automatic brightness and True Tone.

If you close your Mac notebook with a camera cover installed, you might damage your display because the clearance between the display and keyboard is designed to very tight tolerances. Covering the built-in camera might also interfere with the ambient light sensor and prevent features like automatic brightness and True Tone from working. As an alternative to a camera cover, use the camera indicator light to determine if your camera is active, and decide which apps can use your camera in System Preferences.
Click to expand...

The warnings from Apple likely stem from complaints from MacBook Pro owners who have seen their displays crack after covering the camera, and there are multiple reports and warnings on sites that include MacRumors and Reddit. The issue appears to be especially bad with the new 16-inch MacBook Pro models that have thinner bezels.

Image via the MacRumors Forums​
MacRumors forum member Dashwin, for example, put a webcam cover on his 16-inch MacBook Pro in April and the result was a crack in the display under where the camera is located.

The latest MBP 16 inch with the thin tiny bezels and display comes at a cost of breakage with the tiniest of forces with a webcam cover in place. The internal display no longer works and I've had to connect it to an external display. I've had one of the exact same webcam covers on my 2011 MBP with no issues whatsoever for many years.
Click to expand...

Damage from applying a webcam cover to the camera is considered accidental and can be repaired under AppleCare+, but it's quite possible it's an issue that Apple won't fix for customers that don't have AppleCare+, and it's an expensive fix.

Apple says that customers concerned about illicit camera access should watch for the green light that comes on when the camera is activated. The camera is engineered so that it can't be accessed without the indicator light turning on.

MacBook owners can also control which apps have access to the built-in camera as users must grant permission for camera use on any operating system after macOS Mojave. For those who do need to cover the camera, Apple recommends a camera cover that's not thicker than the average piece of printer paper (0.1mm) and that does not leave adhesive residue.

Article Link: Apple Warns Against Closing MacBooks With a Cover Over the Camera

Maybe Apple should include a privacy cover then? They claim to be privacy focused but ironically leave their cameras completely exposed.
Reactions: jagooch, JustLilOlMe, foliovision and 104 others

I know because I spoke to Apple today about my antiglare coating coming off my retina MacBook Pro. They won’t fix it under warranty and wanted £575.80 to sort the manufacturing defect out.
Reactions: Marekul, etios, NMBob and 9 others

But I need the camera cover; I store all of my passwords by writing them directly on my forehead! 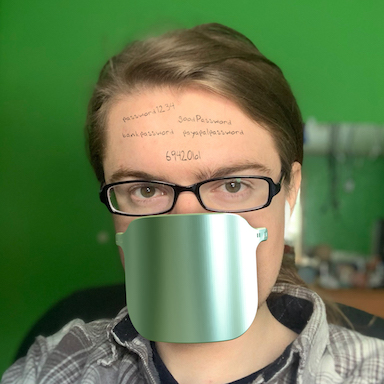 "Paranoid"... former FBI Director covers up his webcam, why is that ya think? Source: https://thehill.com/policy/national-security/295933-fbi-director-cover-up-your-webcam
Reactions: foliovision, DieselOneV12, TomaxXamot and 69 others

I have a little camera cover for my work laptop (Dell) but there's a thick, plastic border around the screen.
Reactions: Tucom, minik and Tom Schrier

I’ve always thought that this tendency is absurd. I even know people who do this on iPads!
Reactions: happygodavid, MarvinMartian, Kastellen and 13 others

Zakzilla said:
Maybe Apple should include a privacy cover then? They claim to be privacy focused but ironically leave their cameras completely exposed.
Click to expand...

As they said in the article the camera cannot be activated without the green indicator light being turned on and macOS gives you complete control over when and where your camera and microphones are used. So what's the point in that?
Reactions: happygodavid, MarvinMartian, SDJim and 78 others

Apple do supply a cover with every Mac in the form of an Apple sticker. If you cut out the little leaf of the apple and turn it on its side it covers up the camera perfectly.
Reactions: foliovision, MarvinMartian, Zammir and 37 others

Paraphrasing Steven Wright - They are only paranoid because everyone is out to get them.
Reactions: deeddawg, zemsantos, imnotthewalrus and 14 others

electrical tape works great. I saw that there are these new "paper" covers but they might still be too thick. How about a little 3M dot sticker?
Reactions: TomaxXamot, ignatius345, teksurv and 5 others
J

Zakzilla said:
"Paranoid"... former FBI Director covers up his webcam, why is that ya think? Source: https://thehill.com/policy/national-security/295933-fbi-director-cover-up-your-webcam
Click to expand...

He's almost certainly a far more interesting and likely hacking target than you or I are though. Certainly not representative of the risks to the regular person.
Reactions: foliovision, Sdtrent, happygodavid and 28 others

Remember the photo collage of that laptop thief who sat in bed using the computer all the time? ?

it's anti-theft to leave the camera cover off ?
Reactions: JKAussieSkater
R

The warnings from Apple likely stem from complaints from MacB fook Pro owners...
Click to expand...

I always thought the point of the little green LED next to the camera was so you could tell at a moment's notice whether or not the camera is being utilized.
Reactions: foliovision, jjack50, iMi and 13 others

Wot is a MacB fook Pro and why do I suddenly want one?!?! j/k
Reactions: Shirasaki, BigMcGuire and Tagbert
S

I work in cybersecurity and I cover up my cameras as does everyone I know.
Reactions: jagooch, foliovision, milescortez and 62 others

So you're saying that if you take a piece of hard plastic and put it on a glass screen and close it between two metal case pieces that have been designed to be super thin that the end result is that the glass breaks?

The only real surprise with this is that this outcome surprises someone.
Reactions: digason, SDJim, EmotionalSnow and 29 others

Tell that to Snowden.

Oh yeah, it's Apple. They're not in the government's hip pocket. We can trust them.

?
Reactions: jagooch, foliovision, TomaxXamot and 30 others

AmazinApple said:
As they said in the article the camera cannot be activated without the green indicator light being turned on and macOS gives you complete control over when and where your camera and microphones are used. So what's the point in that?
Click to expand...

In the past there's been hacks to bypass the light: https://jscholarship.library.jhu.edu/handle/1774.2/36569

We describe how to disable the LED on a class of Apple internal iSight webcams used in some versions of MacBook laptops and iMac desktops. This enables video to be captured without any visual indication to the user and can be accomplished entirely in user space by an unprivileged (non- root) application.
Click to expand...

Apple fixed the design, but it's not like it was impossible in the past.

Two pieces of paper and a paperclip will crack that screen if closed upon. Evan a staple will do it!
Reactions: Thrutheroofnunderground and Chazz08

neoelectronaut said:
I always thought the point of the little green LED next to the camera was so you could tell at a moment's notice whether or not the camera is being utilized.
Click to expand...

That is correct. There is malware that can circumvent the light going on when the camera is active on Windows and macOS, but as I understand it on T2-equipped MacBook models, this is not possible because the webcam is controlled from the T2.
Reactions: MarvinMartian, EmotionalSnow, cdcastillo and 16 others
You must log in or register to reply here.
Share:
Facebook Twitter Reddit Email Share Link
Register on MacRumors! This sidebar will go away, and you'll see fewer ads.
Sign Up
Top Bottom