Apple Watch Series 6 Begins Arriving to Customers Around the World

Today is Apple Watch Series 6 and Apple Watch SE launch day in the United States and over 25 other countries and regions around the world, and customers are now beginning to receive delivery of the latest models. 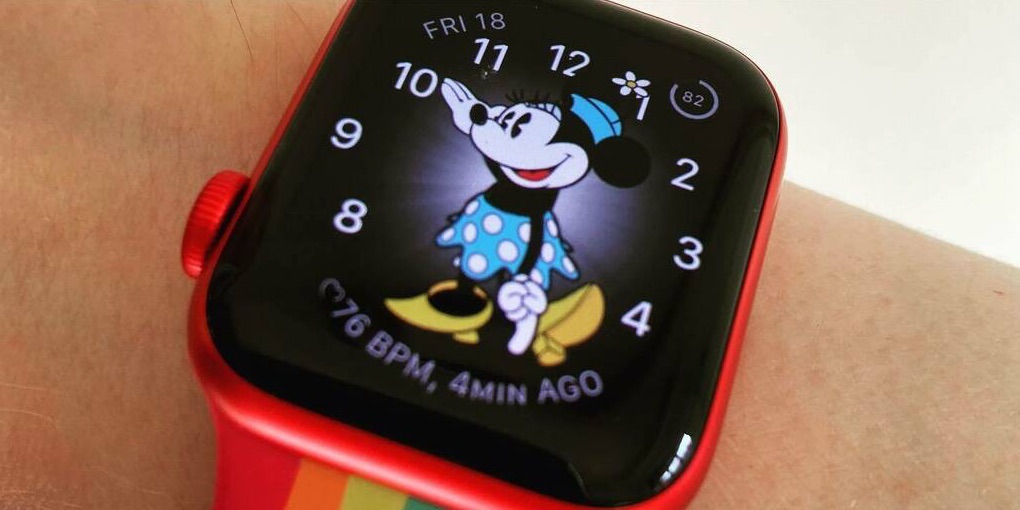 Photo: Alistair Sowerbutts​
Customers have started sharing photos of their new Apple Watch Series 6 on Twitter and in the official pre-order thread in the MacRumors forums.

Key new features of the Apple Watch Series 6 include blood oxygen measuring, up to 20 percent faster performance than the Series 5, a 2.5-times brighter always-on display outdoors in a wrist-down position, a next-generation always-on altimeter, and new casing options like blue aluminum and graphite stainless steel. Pricing starts at $399. 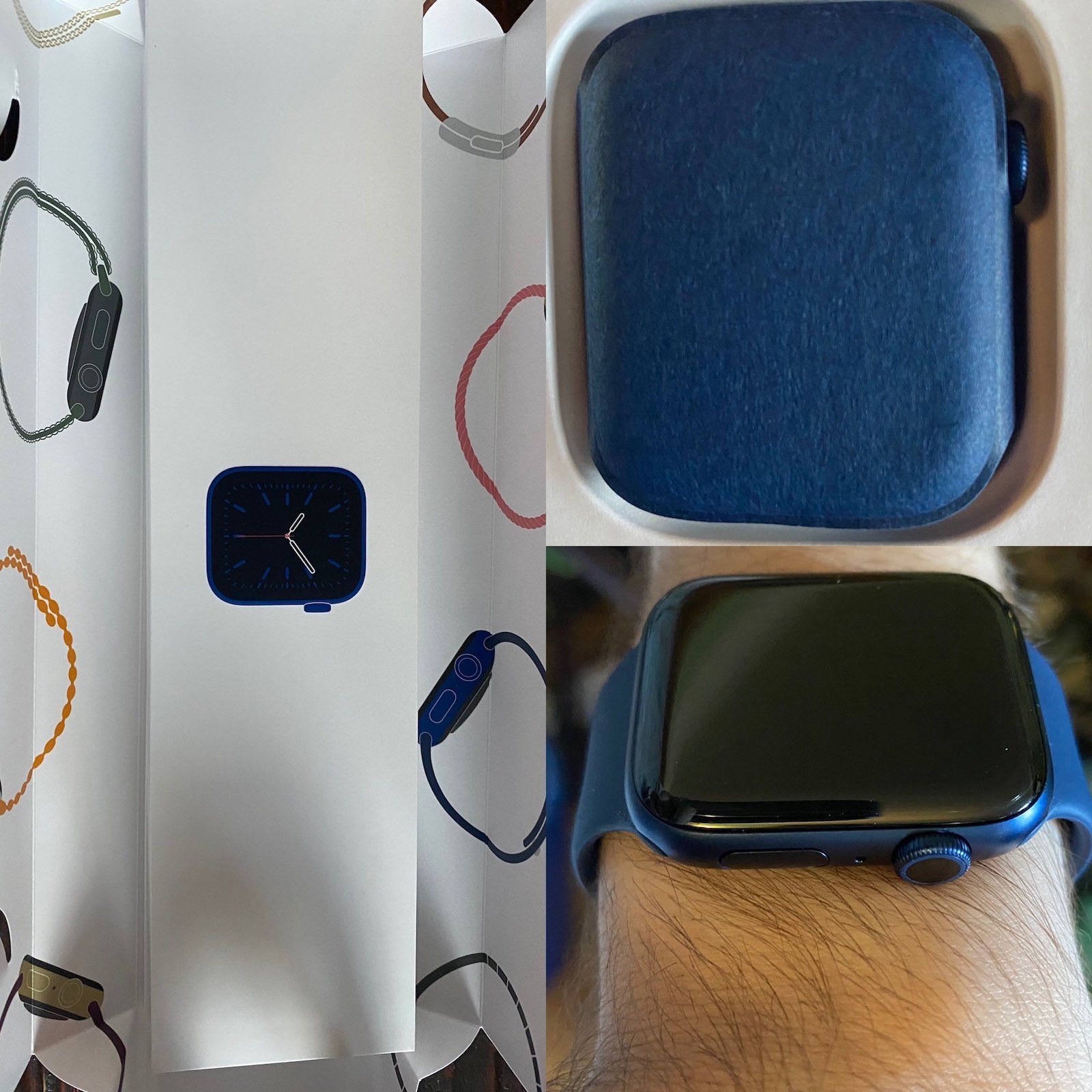 Photo: Thomas​
Priced from $279, the lower-cost Apple Watch SE looks and feels like the Series 6, but has some features missing, including an always-on display, blood oxygen measuring, and the ECG app for detecting atrial fibrillation. Apple Watch SE is also powered by the previous-generation S5 chip used in last year's Series 5.

Apple Watch SE shares a handful of features with the Series 6, including fall detection, a compass, an always-on altimeter, Emergency SOS with international emergency calling, high and low heart rate notifications, irregular heart rhythm notifications, water resistance up to 50 meters, the Noise app, and compatibility with the watchOS 7 update released this week.

Apple Watch Series 6, Apple Watch SE, and new Apple Watch bands will be available at select Apple Stores starting today, according to Apple. We recommend contacting your local Apple Store before visiting to ensure availability of specific models or bands, as well as to review health and safety precautions in place.

Apple's press release indicated that the Solo Loop and Braided Solo Loop in (PRODUCT)RED will be available in late October.

Series 6 Nike edition will arrive around Oct 7 in Germany ?

Anyone with an "Edition" (Titanium) on order get a status update yet?
I'm still at "Processing" and "Arrives Oct 14 - Oct 21".
Reactions: TheYayAreaLiving 🎗

Hmmm that blue looks more shiny than I thought and less subtle. I hope I like it more in person when I pick mine up lol
Reactions: hagar and gymratjudy

enigmatut said:
Anyone with an "Edition" (Titanium) on order get a status update yet?
I'm still at "Processing" and "Arrives Oct 14 - Oct 21".
Click to expand...

itsmilo said:
Hmmm that blue looks more shiny than I thought and less subtle. I hope I like it more in person when I pick mine up lol
Click to expand...

itsmilo said:
Hmmm that blue looks more shiny than I thought and less subtle. I hope I like it more in person when I pick mine up lol
Click to expand...

You won't be disappointed, picked mine up in store this morning and am VERY happy...

If the iPhone is that colour it will look amazing
Reactions: MareLuce and PSeg90

I hadn’t planned on upgrading from my AW5, but someone offered to buy mine.

One hour and 15 minutes until my in-store pickup.

IT isn't that "in your face in real lief" my guess is that it is the lighting that has made it pop
Reactions: Psychicbob, Rok73 and lkalliance
B

I would absolutely spring for either the red or blue watch, but I'm content with my Series 5. Based on my purchase history, I went from Series 1 to 5, so the 5 will last me several years. But I did trade-in my iPad mini 4 for the 8th gen iPad, which is scheduled to arrive next Tuesday, so this week's announcements weren't a complete wash for me. I haven't owned a large iPad since the first release, so I'm really looking forward to it -- and the price was inexpensive by Apple standards.
Reactions: lkalliance and GrumpyMom

The Apple Watch has become an essential piece of technology for me during the pandemic - didn't expect to be saying this so soon.
Reactions: TheYayAreaLiving 🎗

I got a "build your own" version, so it just shipped from China... Gotta take a week to get here!
Reactions: TheYayAreaLiving 🎗

Theyayarealivin said:
They’re not available for pick up in stores at US right???
[automerge]1600436975[/automerge]

I just got a "shipped" arriving sept 25-29 in NJ
Reactions: TheYayAreaLiving 🎗

jbachandouris said:
I hadn’t planned on upgrading from my AW5, but someone offered to buy mine.

One hour and 15 minutes until my in-store pickup.

I just picked up that model just now - it looks fab
Reactions: jbachandouris

I ordered mine within minutes of them being released. Not sure why I couldn't get it today...?
Reactions: GrumpyMom and decypher44

When did you place the order?
Reactions: decypher44

While, inexplicably, many of us still are stuck in “Preparing”, even though ordered first thing on Tuesday morning.
Reactions: Braderunner, g-7 and GrumpyMom

I think not every configuration got stocked up in local warehouses beforehand in every location. Inevitably some configurations will have to ship from China and take a week to get to us...

As a UGA fan I really like the idea of the red watch with the black band, but I'm just not sure I can jump on board with a red watch all the time. Looks really nice though.
Reactions: lkalliance
M

Just bought one, pick-up in an hr!?
Reactions: jbachandouris
N

If it could pair with an iPad I'd buy one. Maybe even a new iPad.

decypher44 said:
While, inexplicably, many of us still are stuck in “Preparing”, even though ordered first thing on Tuesday morning.
Click to expand...

I also purchased mine on Tuesday morning and unfortunately the page locked up on me after I was ready to check out and I had to start the entire process over again. So, instead of receiving my watch today, mine is scheduled for delivery sometime between Monday and Wednesday. No big deal. I don't know if Apple changes the order status from "preparing" until it's ready to ship out. I may be wrong, but I'm expecting an email over the next day or two telling me that my watch is on its way.

both of my units shipped but wont get to me until next week. NC stores are still closed because of COVID so no store pickup in my area.
Reactions: jbachandouris and MacGod

auralux said:
I ordered mine within minutes of them being released. Not sure why I couldn't get it today...?
Click to expand...

I pre-ordered at BestBuy and it shipped yesterday. Except via FEDEX it won't be here until WED 9/23. Thanks BB.

BUT, the local BB now shows them in stock in the store, so guess what? Will pick one up today and return the one they sent GROUND SERVICE.
You must log in or register to reply here.
Share:
Facebook Twitter Reddit Email Share Link
Register on MacRumors! This sidebar will go away, and you'll see fewer ads.
Sign Up
Top Bottom