Contrary to some recent media reporting, MacRumors can confirm that the new Apple Watch Series 7 is powered by a new S7 chip, although the S7 is based around the same CPU found in the S6 chip from the Series 6. 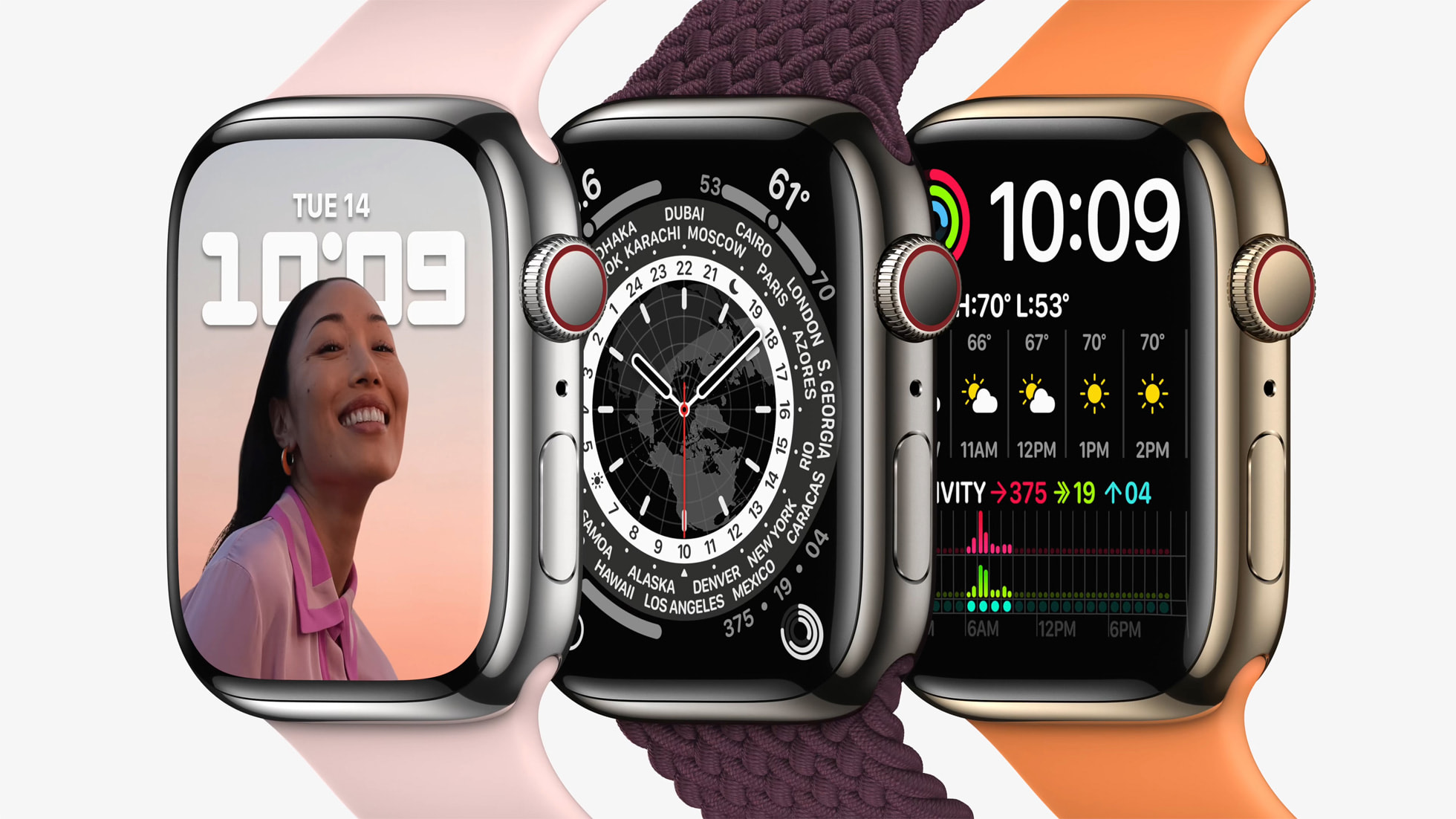 Apple announced the Apple Watch Series 7 during its event yesterday, but the watch will not be available until "later this fall." As a result, Apple has so far offered relatively little detail about the new watch, not even publishing a specifications page on its website detailing the specific features of the Series 7.

As noted by Steve Troughton-Smith, the CPU in the S7 chip carries the same t8301 identifier as the CPU in the previous S6 chip, which explains why Apple's performance claims are unchanged relative to the S6.

There is more to an Apple Watch chip than just the CPU, however, and that's where there have apparently been a few changes that have led Apple to brand it with a new name despite offering the same performance. With the larger display on the Series 7, the S7 chip is likely to have been tweaked to continue providing customers with all-day battery life while still powering the larger, more advanced display.

This isn't the first time Apple has done something like this. For example, with the Apple Watch Series 5, Apple included the S5 chip that carried the same CPU as its predecessor but with the addition of a gyroscope.

As far as internal storage, the Apple Watch Series 7 includes 32GB, the same as on the Series 6 and SE models.

We can also share a number of details about the weight of the upcoming Apple Watch Series 7 compared to the Series 6:

With the Apple Watch Series 7, Apple includes faster charging, claiming that it can charge to 80% in just 45 minutes and that 8 minutes of fast charging will provide sufficient battery life for 8 hours of sleep tracking. To support the new fast charging, Apple will be offering a new 1-meter USB-C magnetic fast charging cable.

We can confirm that Apple will be including the new fast charging cable in the box with the Apple Watch Series 7. Using the older USB-A cable with the Series 7 will still charge the device at normal, non-fast charging speeds.

Definitely keeping my 6 and waiting for the 8. This is more of an upgrade for older watch owners, if even that.
Reactions: frozenstein, alex2016g, T-Will and 25 others

Really? don't get one? but I have a series 4 and know all my needs..and decided to get one.

Any word on Sapphire glass displays on the Series 7 Stainless Steel and Titanium models?
Reactions: jonjames505 and Redsep

I am glad that I can still stay on my S6 for another year without any feelings of FOMO.
Reactions: NARadyk, SR 7, roncron and 8 others
U

Yep, you should get a series 6.
Reactions: LlamaLarry, SqlInjection, decypher44 and 1 other person
J

FrankySavvy said:
Any word on Sapphire glass displays on the Series 7 Stainless Steel and Titanium models?
Click to expand...

Look at the weight increase anove, that answers your question
Reactions: LlamaLarry

The Series 6 on sale might be the way to go.
Reactions: AreYouIn?, Oblivious.Robot, Scottgb and 4 others

A bigger screen is nice. But I am so glad I didn’t wait for the series 7. I am not a watch guy, but at the start of the Summer I was looking to get an Apple Watch to monitor my bike rides & health stats. I heard rumors about the series 7 getting all these new health monitors…but I went ahead and bought the Nike series 6. It has been such a great device. I love this thing!
Reactions: Mansu944, Redsep, CosminM and 3 others
J

While I am not planning to get one, everyone has their own reasons and you should not generalize this type of (bad) advise without any details
Reactions: Maconplasma, Jovijoker, kevinpdoyle and 6 others

Wow, and I thought last year’s bump was minor. This is basically nothing except a 1 mm bigger display.
Reactions: rgarjr, Howyalikdemapls, Jovijoker and 7 others
M

dantracht said:
Definitely keeping my 6 and waiting for the 8. This is more of an upgrade for older watch owners, if even that.
Click to expand...

You might be waiting for the 9, the 8 could be another incremental update.

jz0309 said:
Look at the weight increase anove, that answers your question
Click to expand...

Would that mean Sapphire is expected due to heavier weight?

Still don't see a reason to upgrade my S4...
But i guess that's a good thing.
Reactions: NARadyk, FriendlyMackle, Gusjasso and 7 others

I don't get why they have to put the red circle on the digital crown, is so ugly.
Reactions: ElDuderino91, james2538, gmarm and 2 others
M

FrankySavvy said:
Would that mean Sapphire is expected due to heavier weight?
Click to expand...

I do wonder if the Sapphire will be thicker too, and not just the ION-X glass.
Reactions: dwsolberg
G

“…which Apple indicates will offer the same 20% advantage in performance”

“…apparently been a few changes that have led Apple to brand it with a new name despite offering the same performance.”

So, which is it? 20% improvement in performance, or same performance?
Reactions: Jovijoker and CuriOS
R

Is there blood pressure measuring now, like in Samsungs Galaxy watch 4 ?

macsplusmacs said:
Really? don't get one? but I have a series 4 and know all my needs..and decided to get one.

I also have the 4 and really wanted to upgrade this year but even the changes of 5,6 and 7 together dont really tempt me.

the next watch is where it’s at.
Reactions: FriendlyMackle, Howyalikdemapls, Jovijoker and 3 others
J

This is great.......can comfortably stay with my Series 5 without feeling I'm missing out on anything!
Last edited: Sep 15, 2021
Reactions: brgtul, kevm, Jovijoker and 5 others

GregoriusM said:
“…which Apple indicates will offer the same 20% advantage in performance”

“…apparently been a few changes that have led Apple to brand it with a new name despite offering the same performance.”

So, which is it? 20% improvement in performance, or same performance?
Click to expand...