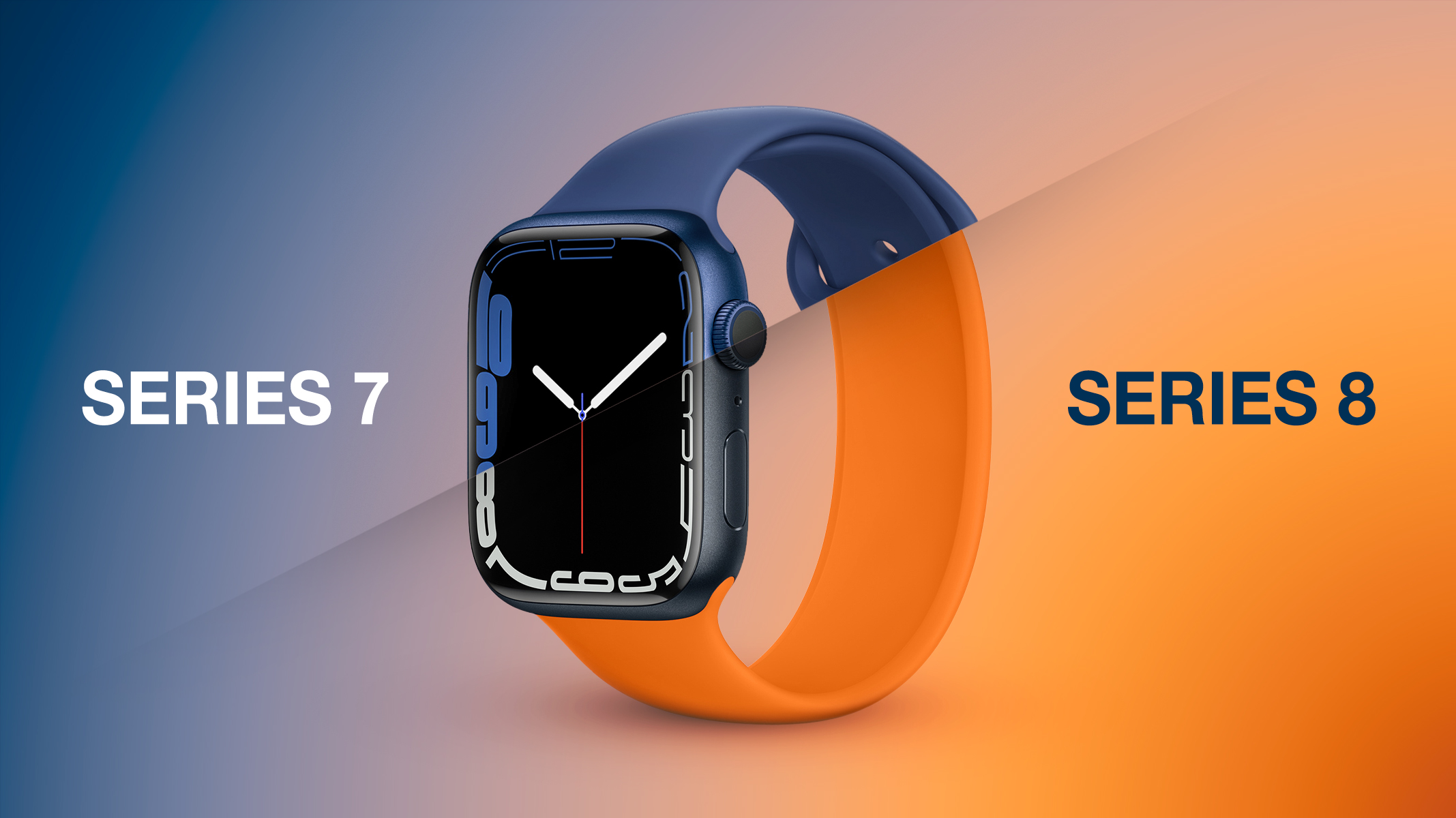 In 2021, Apple unveiled the Apple Watch Series 7, including features like taller casing sizes with larger displays, slimmer bezels, improved durability, and faster charging technology. The Apple Watch Series 7 has now been discontinued by Apple, and as year-old models, prices at third-party resellers are falling. As such, some customers may be weighing up whether to upgrade to a Series 7‌ or a Series 8‌.

The Apple Watch Series 7 and Series 8 share the overwhelming majority of their features, so should you consider buying or sticking with the Series 7 to save money? This breakdown also serves as a way to see all the differences that the new Apple Watch brings to the table.

My Watch 7 is fine. I'm sitting on my Apple toy money until the new large screen iMac comes out.
Reactions: SantaFeNM, SqlInjection, kanon14 and 6 others

So it takes body temp and a longer battery life....no blood sugar levels as was rumored earlier.

If MacRumors can speculate then I can as well:

If you have a Series 7 then there isn’t a reason to upgrade to the yet to be announced Series 8.
Reactions: Yrmmont, kanon14, ppetrovic and 7 others

…the watch should be in a 2 year cycle, not much innovation neither features, i might cop on series 8 though.
Reactions: DoctorApple, Alex.Roams, qgadrian and 6 others

Depends on if someone wants to buy my SS AW7……
Reactions: DoctorApple

Not enough to jump from my 6, probably looking at the 10 or later.
Reactions: Kram Sacul, Denzo, afrauenf and 3 others
A

I think it's a no brainer. No chip improvements (can they really re-name it?) and just a body heat sensor and slightly longer battery life? That's it - if that is all there is then has to be one of the weakest upgrades of any Apple product?
Reactions: MaunzKuh, Hans_J, lbmdk1 and 1 other person

If the chip is the same, or very close to the same, I’m still annoyed that my S7 won’t get low power mode…
Reactions: smoking monkey

Why even ask this question... should we upgrade from 7 to 8? Less than 1% of people get a new watch each year. But the question implies that this is a real consideration.
Reactions: Table Top Joe, RemedyRabbit, MaunzKuh and 7 others

I want an orange and blue band now.
Reactions: ShivneelSingh and tmaxxtigger
C

I will skip, again, the Apple Watch this year.
Reactions: Yrmmont, Denzo and lbmdk1

I’m still rocking the S4 - still have a good 83% battery, runs the latest OS and everything.

I’m looking to upgrade this year, but even for me, the newer sensors make no difference since I won’t personally use them. The thermometer/temp sensor would be the one to look for since it could come in handy.

But I have no issue sticking to the 4 until I see a good redesign or the battery doesn’t hold anymore.
Reactions: powaking, Frurro, Rockondevil and 8 others
S

tonie walker said:
…the watch should be in a 2 year cycle, not much innovation neither features, i might cop on series 8 though.
Click to expand...

Lol I still have the Series 3

Does everything I need it for tbh

Plus I have tiny wrists and the 38 mm size (the smallest now is 41 I think but it shouldn't be a huge difference) is perfect for me
Reactions: leeuk321, rizzo41999, ItsMeMicke and 3 others

cmChimera said:
I want an orange and blue band now.
Click to expand...

nothing could be easier: go buy and orange band and a blue band and install one piece of each

@macrumors… what's the point when you're just gonna write another, better-informed article with the same title in eight days…
Reactions: okeribok and HappyDude20

Still happy with my Series 4. My battery lasts longer that my wife's series 7 (even with her display set to turn off)
Reactions: caligurl, okeribok, Gator5000e and 2 others

IzzyMandelbaum said:
So it takes body temp and a longer battery life....no blood sugar levels as was rumored earlier.

yes, blood sugar level would be a game changer for for a large number of people. Worst case scenario for Dexcom.
But at least they've been too stupid (google servile) at Dexcom for years to link their good stuff to the Apple Watch without any detours. That weakens the grace with many people
Last edited: Aug 31, 2022
Reactions: slx and TheYayAreaLiving 🎗
T

Blood sugar level would be the real deal here. Otherwise I keep my stainless steel watch 6. Body temperature is not that useful.
Reactions: okeribok and AppleUser2
P

tubomac said:
Blood sugar level would be the real deal here. Otherwise I keep my stainless steel watch 6. Body temperature is not that useful.
Click to expand...

no sugar level monitoring for next decade or two, its must be 100% accurate, not a toy
Reactions: jimbobb24 and Si Vis Pacem

waiting for the comparison that matters, the 8 vs 4
Reactions: Tomacorno, slamiga, whoknows2597 and 24 others

As I said in another thread, the series 8 will be perfect for me as my first ever Apple Watch. I'm keeping a close eye on it.

My 4 is still working fine. There was a rumor about a hydration sensor a while back. If that's in the 8, I will upgrade for sure.
Reactions: HouseofG
T

ralph_sws said:
no sugar level monitoring for next decade or two, its must be 100% accurate, not a toy
Click to expand...

Good! in that case for one or two decades I will not feel the pressure to upgrade

For whatever reason my eyes turned the bottom portion of the watch in the image orange.. An orange AW and iPhone would look interesting, as my favorite color. I've bought orange cases in the past but now that I go caseless.. I wonder how well particular iPod colors sold and whether they influenced iPhone color decisions back in the day
You must log in or register to reply here.
Share:
Facebook Twitter Reddit Email Share Link
Register on MacRumors! This sidebar will go away, and you'll see fewer ads.
Sign Up
Top Bottom