Apple's famous and close-knit industrial design team that works under Apple design chief Jony Ive is undergoing major changes, according to a new report from The Wall Street Journal.

Three longtime industrial design team employees are leaving the team. Rico Zorkendorfer and Daniele De Iuliis both left Apple recently, and another team member, Julian Hönig, is leaving in the next few months. Together, Zorkendorfer and De Iuliis have worked at Apple for a combined 35 years, while Hönig has been on the team for a decade. 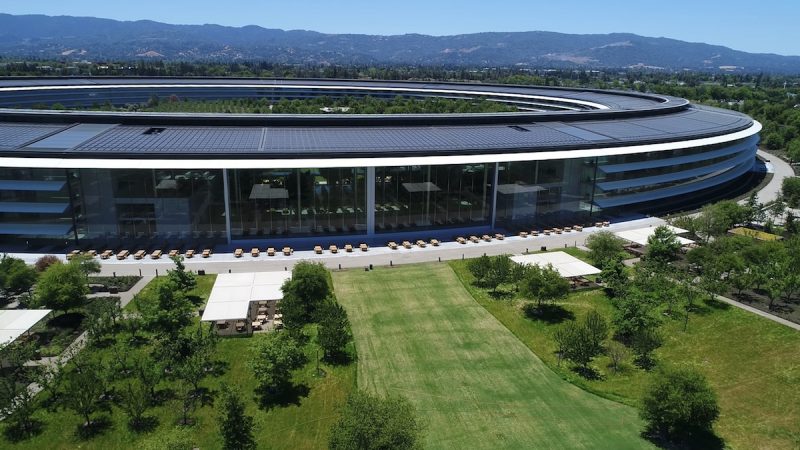 Zorkendorfer told The Wall Street Journal that he decided to leave Apple to spend time with his family, while the other two declined to comment.

Apple's industrial design team is made up of approximately two dozen employees and is overseen by Jony Ive directly. These employees are responsible for the look and feel of Apple products, including the iPhone.

According to Above Avalon analyst Neil Cybart, who spoke to The Wall Street Journal, it "makes sense" for the team's composition to shift as Apple adopts new products in areas like augmented reality and autonomous vehicles. The industrial design team is described as "all-powerful" at Apple.

This group is all-powerful in Apple," said Neil Cybart, who runs Above Avalon, a site dedicated to Apple analysis. "Industrial designers have the final say over the user experience found with Apple devices, and they really do work like a family in a way. No one would argue, though, that new blood is a bad thing."
Click to expand...

The three industrial design team members are departing the company at a time when iPhone sales have slowed and services are becoming more important than ever to Apple. Apple has announced a multitude of new services, including Apple News+, Apple Arcade, Apple Card, and Apple TV+.

Only a few members of the industrial design team have left during the last decade, but it has seen more frequent departures in recent years. Danny Coster left in 2016 to join GoPro, and Christopher Stringer left in 2017 and launched an audio startup currently in stealth mode.

According to one of the designers who left the team, Zorkendorfer, there are "incredible new designers" at Apple. "What we've been able to do the last few decades will continue," he told The Wall Street Journal.

Was about to celebrate when I misread that they lost Ive.
Reactions: mrex, brandonboo20, aressaress and 57 others
K

Maybe this is the start of the purge that is needed?
Reactions: aressaress, Benjamin Frost, SeattleMoose and 29 others
0

So they have a design team after all.
Started to doubt it after seeing the recent iPhone’s protruding design rumours

Now if this is not cute, I don’t know what is
Last edited: Apr 26, 2019
Reactions: brandonboo20, Benjamin Frost, Lopov Jack and 54 others

wouldnt really say have been designing much lately. more like slight modifications.
Reactions: Benjamin Frost, kazmac, 0958400 and 34 others

What are you expecting them to ‘design’ that would be totally different? The Apple Watch, the AirPods and the HomePod are all recent designs, do those count? I’d say they do.
Reactions: Silencio, precogincog, the johnmc and 11 others
K

No tears are wasted if these 3 happened to work on the butterfly keyboards.
Reactions: brandonboo20, Roadstar, aressaress and 59 others

Must've been an awesome time for them at Apple. Riding the iPhone 6 design for 4 years, good job!
Reactions: VMMan, Benjamin Frost, kazmac and 33 others

Maybe these three are responsible for the butterfly keyboards & were essentially Forstalled.
Reactions: interessiert, kazmac, ignatius345 and 8 others

I think this is positive. Apple obviously has some talented designers, but people move on and it’s time to bring in some new blood. Shake things up and see where it takes them.
Reactions: tallii4, interessiert, SeattleMoose and 12 others
K

The Samurai said:
No tears are wasted if these 3 happened to work on the butterfly keyboards.
Click to expand...

Ah, you beat me to it. Immediately on reading the article, I wanted to vent my frustration at this pathetic "form ahead of function", that robs us of good keyboards, and stops them giving matte anti-glare screens to those that need them.

Good riddance to these people. Glad their names are published. Name and shame them.
Reactions: aressaress, Benjamin Frost, interessiert and 14 others

Wearing my tinfoil hat now but seems odd given the leaks of the new iPhone which appear to be more functional over form.

Where they wanting to design a better looking iPhone and engineering won this argument.

Ive no longer has Jobs to argue for his designs and pushing the engineering team to push the limits.

A good opportunity to employ someone from the "Steve Jobs school of design":

"Design is how it works."

With emphasis on "it works". Also known as "form follows function".

Make the things work properly first, then beauty will follow by itself.
Reactions: VMMan, aressaress, kloppdroptop and 42 others

The next keyboards will be individually crafted from hand-polished Johnny Ive turds.
Reactions: member, jeyf, vkd and 7 others
A

B4U said:
Was about to celebrate when I misread that they lost Ive.
Click to expand...

Yes, it would be awesome to lose one of the best designers in the world, the one responsible for all Apple products you use and presumably care about because you’re here. The one all other companies try to compete against
Reactions: kloppdroptop, daley, Denver M and 20 others

DHagan4755 said:
Maybe these three are responsible for the butterfly keyboards & were essentially Forstalled.
Click to expand...

Forstalled actually means to impose an act of negative selection, essentially letting go of the capable ones.
Reactions: Benjamin Frost, Hank Carter, GrumpyMom and 10 others
A

24 people and three have gone? Two refusing to say why... this doesn’t look very good..
Reactions: Benjamin Frost, kazmac, scrapesleon and 5 others
S

The last truly groundbreaking product from Apple was the iPhone. And before that the iPod, preceded by the candy iMacs. It's been a long time of simply adding features to existing products. Stagnancy of invention and you become a seller of consumer widgets, and then media subscriptions? How boring.
Reactions: Benjamin Frost, MultiMan, B4U and 19 others
0

B4U said:
Was about to celebrate when I misread that they lost Ive.
Click to expand...

Now there is the one and only “Sir Ive one man designing team”, as the other 3 people left, apparently.

If you wanna get rid of people, get rid of the ones who don't have experience the longest. It may be time for a change, but its almost never to be better than the former.


apolloa said:
24 people and three have gone? Two refusing to say why... this doesn’t look very good..
Click to expand...

Wanted797 said:
Wearing my tinfoil hat now but seems odd given the leaks of the new iPhone which appear to be more functional over form.

Where they wanting to design a better looking iPhone and engineering won this argument.

Ive no longer has Jobs to argue for his designs and pushing the engineering team to push the limits.
Click to expand...

Engineering hasn't won an argument at Apple in years.
Reactions: Benjamin Frost, interessiert, MultiMan and 15 others

MacRumors said:
Together, Zorkendorfer and De Iuliis have worked at Apple for a combined 35 years, while Hönig has been on the team for a decade.
Click to expand...