Apple may be planning to reintroduce its classic rainbow logo on some of its new products as early as this year, according to a well-connected MacRumors tipster, who in turn cites a corporate Apple employee in Cupertino.

MacRumors concept​
We don't know which products might be involved, but the Mac would be a good candidate, as the multicolored Apple logo was used on the original Macintosh in 1984 and on many other Apple computers before and after it. iPhones and iPads could also be suitable -- perhaps special editions along the lines of (PRODUCT)RED.

To be clear, this rumor could very well be untrue. We have elected to share it since it comes from a tipster who has longstanding connections to both Apple and related industries, but no other sources have shared similar information that we know of. And, even if true, the plans could certainly change.

MacRumors concept​
Apple's rainbow or "six-color" logo made its debut on the Apple II computer in 1977 and was widely used until 1998, when it began to be phased out in favor of a monochrome Apple logo similar to the one used today.

Despite not officially using its rainbow logo in over 20 years, Apple has continued to embrace its colors over the years.

Apple Park was recently decorated with the colors of the rainbow logo in celebration of the formal opening of Apple's new headquarters, and as a tribute to Steve Jobs. The colors were splashed on stairs, walkways, coffee cups, and even a stage with a rainbow arch used for an employee-only Lady Gaga performance. 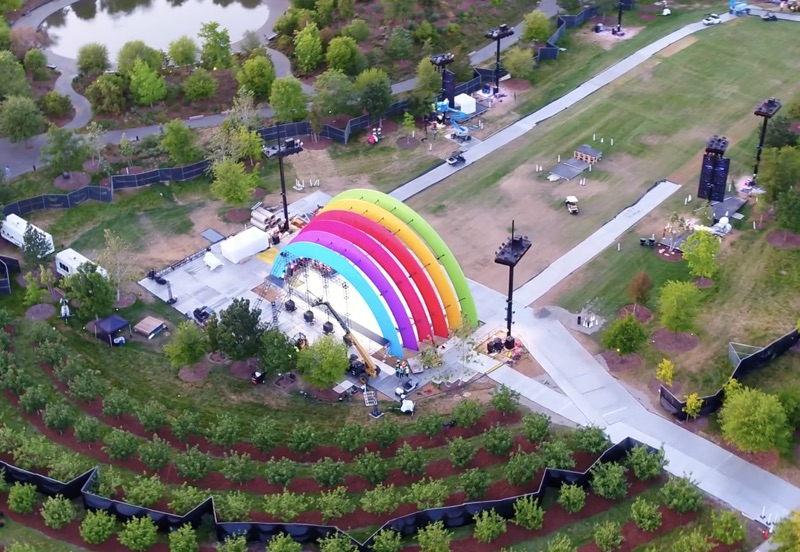 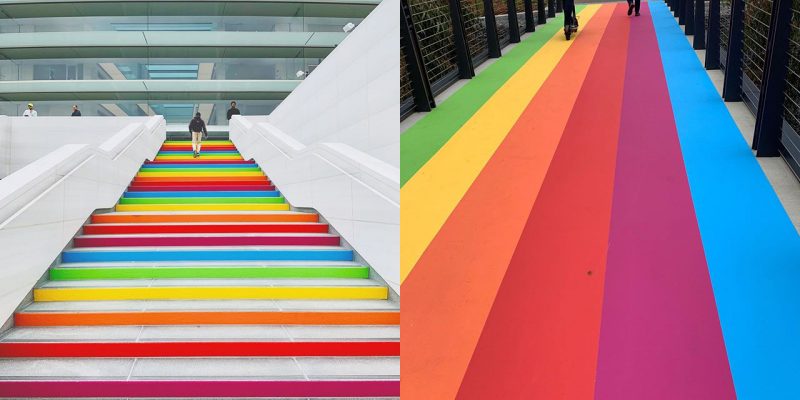 There is the resonance with the rainbow logo that's been part of our identity for many years. The rainbow is also a positive and joyful expression of some of our inclusion values and I think that one of the primary reasons the idea resonated so immediately and so profoundly with us was the form -- the connection from an aesthetic design point of view. A semi-circle relates so beautifully and naturally to the form of the ring.
Click to expand...

Again, we do not know if this rumor is true, but our tipster is reputable enough in our opinion for us to at least share what we have heard.

Article Link: Apple's Rainbow Logo May Return to Some New Products as Early as This Year

I predict that the next "iMac" will instead be called the "Mac". And that the rainbow logo will factor into its design somehow.
Reactions: fonzy91, Brien, ksec and 16 others
Comment

That would make me buy the next iPhone instead of waiting until the 2020 version... DAMMIT APPLE!! lol
Reactions: erniefairchild1, eltoslightfoot, ksec and 14 others
Comment

That or glowing logo please.
Reactions: Schwyz, kltmom, Glockworkorange and 10 others
Comment

It will always be a great logo.

Even better, bring it back in glowing form on new MacBook Pros.
Reactions: kltmom, ParaShot, ILikeAllOS and 10 others
Comment
L

They keep looking back as they are unable to move forward… also they may use the old logo but they are anywhere close to the old Apple
Reactions: martyjmclean, miniyou64, Mactendo and 4 others
Comment

I love the old rainbow logo but I'm not sure how well it would fit with the brushed aluminium finish of their more modern products. It would be quite jarring IMO.
Reactions: washburn, smirking, BOOMBA and 19 others
Comment

Wags said:
That or glowing logo.
Click to expand...

Lucamegh said:
They keep looking back as they are unable to move forward… also they may use the old logo but they are anywhere close to the old Apple
Click to expand...

I liked the rainbow. I liked it a lot, but the shown concepts? I dunno.
Gotten to much used to the simplicity of the current design, which I favor.

But who knows: Probably I will get used to a new rainbow design in a blink.
But please: try something outrageous, be bold with an all new design, that I can’t think off! Just be Apple!
Reactions: jimmy_uk and orbital~debris
Comment

A new PRIDE edition of the iPhone?
Reactions: zsbradt, -BigMac-, diego and 4 others
Comment

Having it as an option would be awesome.
Reactions: orbital~debris and Saipher
Comment

WiseAJ said:
A new PRIDE edition of the iPhone?
Click to expand...

It’s not even the same colors
Reactions: makr, ZZ9pluralZalpha, Feenician and 13 others
Comment
O

Would but the iPhone 11 just for this
Reactions: orbital~debris
Comment

keysofanxiety said:
I love the old rainbow logo but I'm not sure how well it would fit with the brushed aluminium finish of their more modern products. It would be quite jarring IMO.
Click to expand...

just make everything matte and it will be fine.
Comment
Y

I imagine it is I’ll just be a special edition like the Apple Watch
Reactions: Mactendo
Comment

dtrj787 said:
just make everything matte and it will be fine.
Click to expand...

But matte looks dull. Seems like an awful lot of work to incorporate a logo.

Hey, it probably won't be as bad as I'm imagining. A new MBP with the colourful logo which is backlit could make it really pop, providing the colours are really vivid. The MR render is growing on me already.
Comment
B

Gonna put a case on it, anyway.
Reactions: macjoshua and pdaholic
Comment

It would also be entertaining to see Android phones adding rainbows to their corporate logos, then denying they were copying Apple.
Last edited: Jul 16, 2019
Reactions: erniefairchild1, cbaca51, Brandhouse and 4 others
Comment