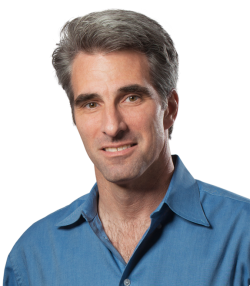 Apple software engineering chief Craig Federighi has revealed that a popular 3D Touch gesture for accessing the App Switcher will apparently return in a future update to iOS 11.

Federighi, replying to an email from MacRumors reader Adam Zahn, said Apple had to "temporarily drop support" for the gesture due to an unidentified "technical constraint."
Question from Zahn: Could we at least make the 3D Touch app switch gesture an option in iOS 11 so that I could retain the ability to switch apps that way instead of having to double tap the home button?

We regretfully had to temporarily drop support for this gesture due to a technical constraint. We will be bringing it back in an upcoming iOS 11.x update.

Thanks (and sorry for the inconvenience)!

- craigOn devices that support 3D Touch running iOS 9 or iOS 10, users can press deeply on the left side of the screen, drag to the right, and release to quickly access the App Switcher. The gesture stopped working in the iOS 11 beta, and an Apple engineer later confirmed it was "intentionally removed."


MacRumors has verified this email exchange passed through mail servers with an IP address range linked to Apple's headquarters in Cupertino, California. Coupled with the fact Federighi has been replying to several customer emails since the iPhone X event last week, we're fairly confident in its accuracy.

Federighi replies have also revealed that Face ID will work with most sunglasses and that Apple has considered a Nightstand mode for iPhone X.

Craig should be CEO of this company (not just because of this email)
Last edited: Sep 21, 2017
Reactions: Bako-MacAddict, timoshenko, Lionel Messi and 78 others
Comment

As a general observation, Apple missed an opportunity in iOS 11 to make 3D touch more pervasive, more useful, and more discoverable (e.g. visual or other indications when it is available, etc.)
Reactions: Aston441, bobmepp, Bacillus and 22 others
Comment
X

Hope you can toggle it off. Hated it. Wouldn’t work when I wanted it to and always activated when I’d be swiping to go back.
Reactions: tennisproha, bmelson0412, artfossil and 2 others
Comment

Geert76 said:
Craig should be CEO of this company (not just of this email)
Click to expand...

Huh, I wonder what the “constraint” was.
Reactions: JDuggan, Hezzaa, User 6502 and 1 other person
Comment
B

I'm super happy executives in Apple are actually answering questions from customers and Apple actually puts out statements regarding certain issues, for example.

It feels like a slightly more open Apple and that can only be a good thing.
Reactions: cbaca51, ex0dus1985, jb-net and 6 others
Comment
E

Wow - we were loud enough
Reactions: G37dude80, DeutscheMark, brilliantthings and 16 others
Comment
E

But will the ability to swipe down for notifications when using the reachability feature make a return?
Reactions: JDuggan, DeepIn2U, tennisproha and 7 others
Comment

JungeQuex said:
Huh, I wonder what the “constraint” was.
Click to expand...

Xytal said:
Hope you can toggle it off. Hated it. Wouldn’t work when I wanted it to and always activated when I’d be swiping to go back.
Click to expand...

How hard were you swiping when going back? Because it actually requires pressure exerted just on the edge. This would mean when you initiate a swipe you'd actually be pausing on the edge and applying pressure before continuing the swipe motion. A fluid swipe without pressure would solve this issue for you.
Reactions: ex0dus1985, bobmepp, freedomisle and 14 others
Comment
C

Geert76 said:
Craig should be CEO of this company (not just of this email)
Click to expand...

Why? Be specific, outlining his credentials and suitability.

He's doing a really good job as SVP Software. But that is far different than being a CEO of a company the size of Apple..
Reactions: ex0dus1985, ocva, OtherJesus and 11 others
Comment

I can't believe I'm saying this but, Thank you Apple!!
Reactions: Netman, iTom17 and andreyush
Comment

Its rather hard to use on the Plus models, but nice the smaller 4.7inch.
Comment

EsmeraldaDoll said:
I’m daddy Craig all to myself.
Click to expand...

Thank goodness. I never used it but some folks here are all out of sorts with this gone. Apple may have saved a few lives with this announcement!
Reactions: Insleep, ke-iron, artfossil and 2 others
Comment

So 3D touch now is officially a gimmick. We had 2 OS versions that really did nothing to move it forward.
Reactions: Aston441, Ghost31, Cameroncafe10a and 6 others
Comment

Oh Craig, PLEASE make it optional. It's actually annoying when you accidentally enable this crap while playing...
Reactions: Feenician, Trickyd80, jhfenton and 1 other person
Comment

Yay!!! I was seriously disappointed when I updated to find that feature missing. Thanks Craig!!
Reactions: nj1266, gixxerfool, BlueParadox and 3 others
Comment
N

Poo hoo. Ip6 doesn't have 3D Touch so what you never had, you never miss.
Reactions: DeepIn2U
Comment
B

Best news all day, now if only my 7+ battery issues on iOS11 could have a fix...
Reactions: johnmed and spacemnspiff
Comment

cmaier said:
As a general observation, Apple missed an opportunity in iOS 11 to make 3D touch more pervasive, more useful, and more discoverable (e.g. visual or other indications when it is available, etc.)
Click to expand...

cmaier said:
As a general observation, Apple missed an opportunity in iOS 11 to make 3D touch more pervasive, more useful, and more discoverable (e.g. visual or other indications when it is available, etc.)
Click to expand...