Credible leaker l0vetodream today endorsed widespread speculation that one of the newly redesigned iMacs, expected to launch sometime this year, will feature a larger display than the current largest offering in the iMac lineup. 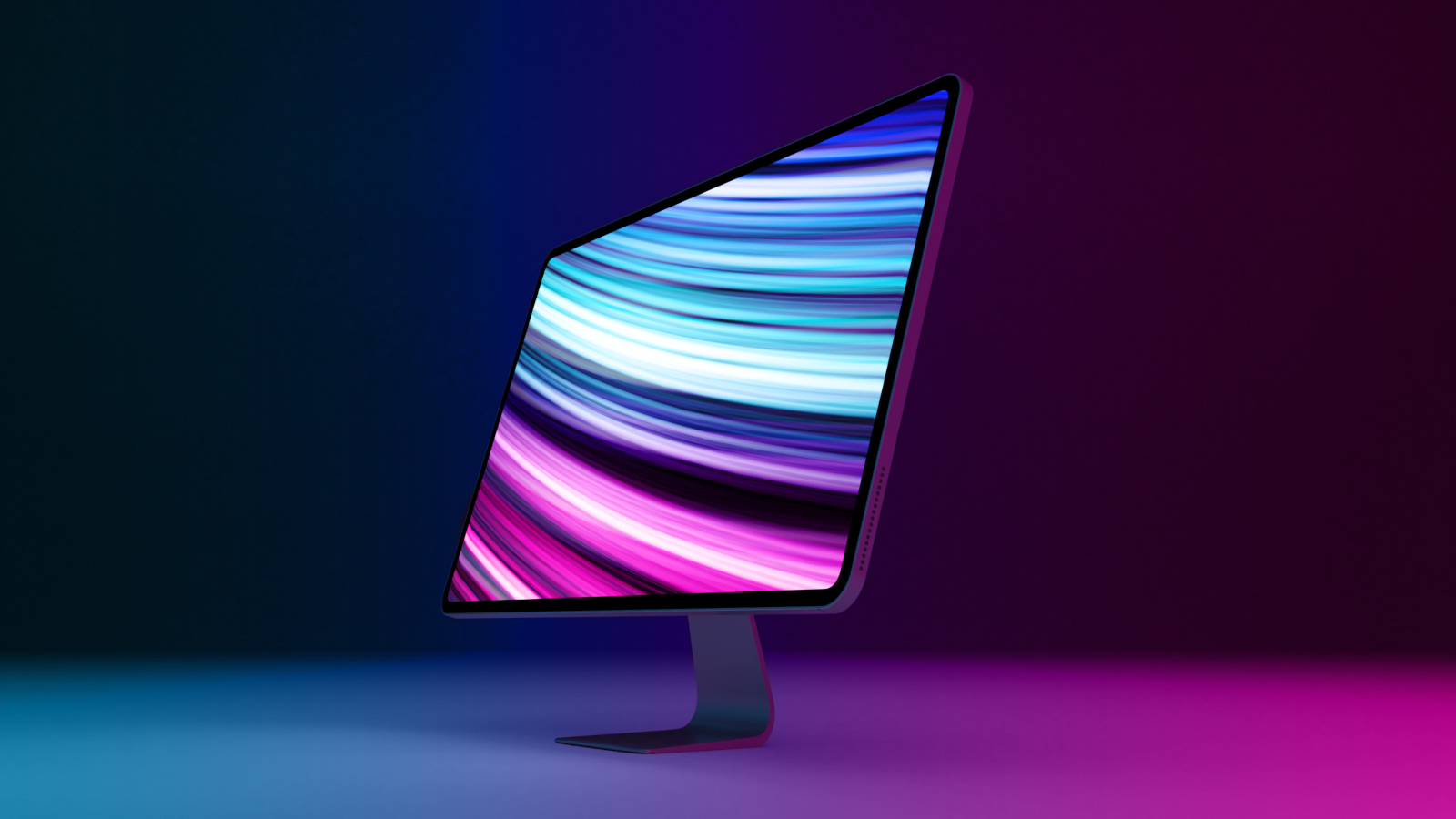 Apple currently sells a 21.5-inch and 27-inch iMac. Apple is rumored to be replacing both with updated designs and faster performance. Its desktop computer has not received a significant overhaul since 2012.

According to l0vetodream, the new model replacing the 27-inch size will feature a larger display. The private tweet translates to "The iMac’s screen is really big, bigger than the biggest one".

While new information, the larger display size can easily be expected. Bloomberg has reported that the new iMac will feature slimmer bezels, the removal of the metal chin, and a design language similar to the Pro Display XDR. The Pro Display XDR, Apple's standalone high-end monitor, features a 32-inch display.

Alongside a redesign, the new iMac will come equipped with next-generation Apple silicon chips. Internally, Apple is testing chips with as many as 16 high-performance cores and four efficiency cores, according to Bloomberg. Hit-and-miss leaker Jon Prosser also suggests the new iMacs will come in colors.

If true, this is sure to be a big hit with many Apple nerds here on MacRumors.
Reactions: TakeshimaIslands, cr2, michaelnugent and 39 others
F

I am wondering why i woud choose this over a Mac Mini with a monitor of whatever size i choose?
Reactions: jhfenton, TalkAboutApple, itsmeaustend and 44 others
T

Needs external HDMI input if that's the case. Really needs to act as a monitor.
Reactions: aw2, michaelnugent, johnmarki and 34 others

Personally I’d love to see a 32-34” class display. If such thing as a retina style ultra wide were to be put on one, that would be amazing. Though I’m sure it would have a price tag to match.

I'm sure it would sell well, but it definitely starts getting somewhat niche when it gets over 30"-ish as it requires lots of space (and I'm sure will be ungodly expensive)
Reactions: vmistery, MrFootery, Sandstorm and 8 others
J

Makes sense to make it the exact size as the XDR so you put the side by side and they’d match.
Reactions: vmistery, johnmarki, MaunzKuh and 24 others
M

TAKE MY MONEYYYYYYYY!!!!!
Reactions: gatortpk, cr2, Andrea Filippini and 12 others

I really hope they can figure out how to bring Target Display Mode back.
Even if it only allowed Apple devices...just so you could occasionally plug in a Macbook or Mac Mini to the, no doubt, gorgeous display.

iMacs sort of went out of consideration for me when TDM went away.
Reactions: Philip_S, astrostl, aw2 and 67 others
M

I also plan on purchasing new external apple monitors if they ship at same time. So literally. All my money.
Reactions: gatortpk, johnmarki, amartinez1660 and 6 others

It will be a 6k 32” display, as I have been saying for a while. This will give them an excuse to increase the rrp and maybe even resurrect the iMac Pro moniker.
Reactions: MaunzKuh, Sandstorm, RichardGroves and 6 others

Apple - don't mess this up.

iMacs are desktops...
Don't gimp the ports on the back just to make it "look good from behind in a Doctors office"

Offer them all - and lots of them - even some legacy USB-A please -- make them easier to access also.
Desktops and Dongles should never become a thing (barring weird edge cases)
Reactions: The Clark, cdpage, gatortpk and 62 others
Y

I'm betting it'll be a 32" display because that seems to be the standard now.
Reactions: gatortpk, MrFootery, macsplusmacs and 8 others
A

When reading about the bezel-less iMacs I am always wondering how fingerprints on the display can be avoided when inserting something into the ports on the back, at least I am holding the iMac in these cases at the chin.
Reactions: Rokkus76, DocerZ, noraa and 6 others

Price will be really big as well
Reactions: cocoua, MrFootery, -BigMac- and 14 others

rp2011 said:
I am wondering why i woud choose this over a Mac Mini with a monitor of whatever size i choose?
Click to expand...

Because it'll probably be a beautiful 5k or 6k display and since it's fully integrated, there will be no issues or weirdness -- and it won't look like that very "utilitarian" (being kind) LG Ultrafine offering.
Reactions: Lemon Olive, Sasparilla, ArtOfWarfare and 8 others

I just hope the fan noise won't be too horrendous.
Reactions: JDGwf, HowardEv, Phlltky and 9 others
J

Making the case much bigger than the current 27, don’t know but I guess 32 6k will be nice.
But PLEASE, at least some ports in the front or side
Reactions: cdpage, opeter, DocerZ and 3 others

Alwis said:
When reading about the bezel-less iMacs I am always wondering how fingerprints on the display can be avoided when inserting something into the ports on the back, at least I am holding the iMac in these cases at the chin.
Click to expand...

I don't even want totally bezel-less to be honest. I think the bezel makes for a nice "setting" for the screen and you end up with a gorgeous desktop just "floating" in the black void created by the bezel.
Reactions: Luke MacWalker, cocoua, MrFootery and 11 others
You must log in or register to reply here.
Share:
Facebook Twitter Reddit Email Share Link
Register on MacRumors! This sidebar will go away, and you'll see fewer ads.
Sign Up
Top Bottom