DigiTimes: Apple Suppliers Gearing Up for iPhone SE 2, But iPhone 12 Production May Fall Behind Schedule [Updated]

I dig it. Definitely getting rid of my hand-me-down X for it.
Click to expand...

Braderunner said:
Good! More iPhones available for the rest of us.
Click to expand...

Yes it could workout for the loyal Apples. People will fear backorder and flee so the ones who stay actually benefit from decent supply. Same as when the did construction on 378 years ago. So many rerouted that it was actually faster overall. And steadier. It went slower but never stopped instead of stop and go constantly, and the average speed was definitely faster.

So I wonder which scenario will happen:

1. They work like crazy and get back on track by preorder time.
2. They are behind and delay launch.
3. They are behind but still launch the same in fear of losing sales, but backorder is horrendous, so people cancel in droves, and they lose sales anyhow.
4. Other.

JosephAW said:
Maybe it'll be made in India?
Click to expand...

The Bangalore plant isn’t large enough to take complete control of all iPhone manufacturing (I believe India’s plant lacks some of the Tooling necessary for mass production), but they probably could assist in some of the manufacturing, as it was reported back in April 2019 that India would help cut down on labor costs, and be more of a smaller ’sister plant’ to aid in production.
Reactions: JosephAW

It seems like every year around this time DigiTimes talks about how production of the next big thing might be delayed. Is this the year they're right? Does it matter?
Reactions: centauratlas

Those numbers would only work in an imaginary world with no bezels. Not to mention the iPhone SE chassis has the wrong aspect ratio compared to iPhone X and newer devices.

Realistically, given how the 5.4" iPhone is being positioned, the device will likely have thicker bezels than iPhone X, similar to XR. This is a result of using less expensive rigid OLED panels. If you wrap iPhone XR bezels around a 5.4" display based on a 19.5:9 aspect ratio, it's going to be 96-99% the size of iPhone 8.
Reactions: brucemr and Justanotherfanboy

borntrouble said:
Call me crazy, but I'd consider it as a secondary phone next to my iPhone 11 pro. I can think of a lot of situations where I'd definitely prefer the smaller size over the bulky iPhone 11 Pro!
Click to expand...

I'd also feel better traveling with a cheaper, smaller phone than my full priced XS. I really think Apple is missing out by making the SE 2 a larger phone.

WaxedJacket said:
I'd also feel better traveling with a cheaper, smaller phone than my full priced XS. I really think Apple is missing out by making the SE 2 a larger phone.
Click to expand...

Yeah, giving up that “it’d be nice to have a 2nd cheap/small backup phone for traveling” market... just to get that “hey, finally a normal sized brand new iPhone for cheaper than most Android phones- this is for me!” market.

Apple is really missing out big there.
/s
F

I told you iPhones cause Cancer. 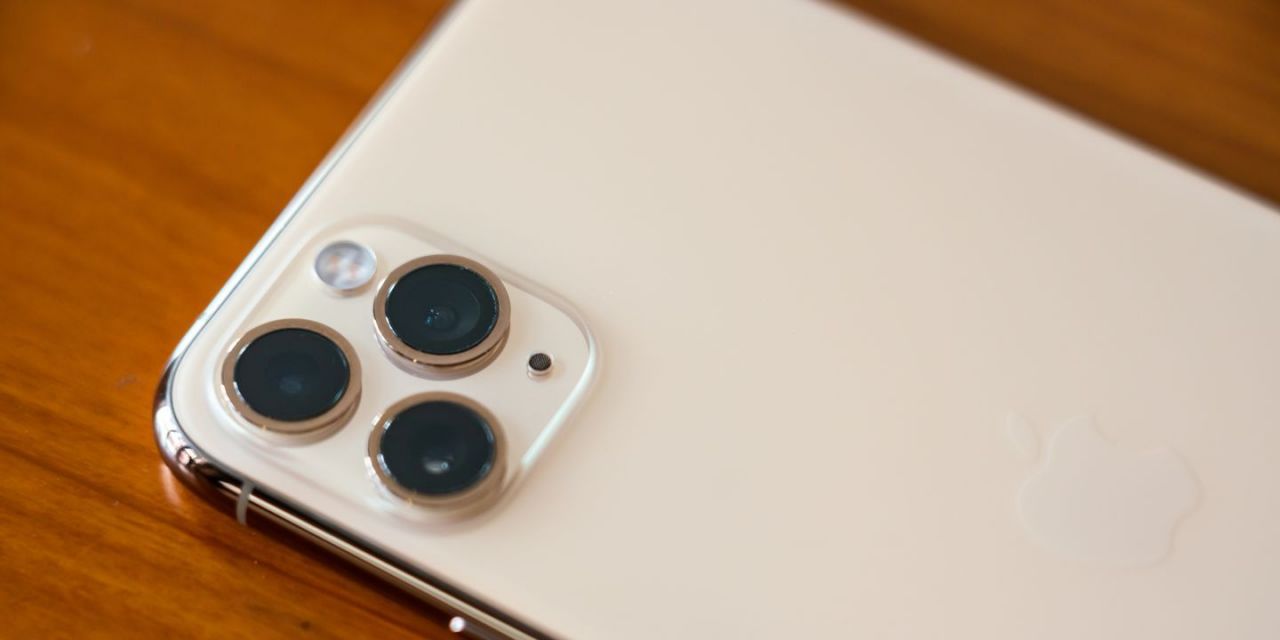 Should you be worried?

if the new iPhone in September is delayed due to the Coronavirus, so be it, I'd rather wait than workers making the phones getting sick which in turn makes the virus worse.
Reactions: iemcj, lkalliance and Shanghaichica

Relentless Power said:
So you’re suggesting consumers are switching to the S20 just because of iPhone production ‘may’ fall behind? That’s Not really a valid argument. That’s like me saying ‘if Samsung falls behind on their latest smart phone, customers are just going to abandon ship and totally jump to the iPhone.’ That doesn’t make sense. Consumers are devoted to the platform they choose, if the production is behind, that means they just have to wait a little bit longer.

However on the other hand it could work in Apple’s favour. If it’s constrained, it might appear to be ‘the in thing’ and people might wait to get it.

it’s a much bigger leap to switch smart phone platforms, especially if you’re devoted to iOS, which extends to the AirPods, HomePod, etc.
Click to expand...

I think some people are not really brand loyal. They upgrade when their contract is up for renewal and can be swayed by whatever the sales person in the store advises them to buy based on how much they want to spend.

i wonder how long COVID-19 continues to live on surfaces, if it isn't treated with an agent to degrade its DNA fragments.
Reactions: Shanghaichica

Delay gives Apple time to go back to the drawing board to redesign to make it mask friendly for COVID-19.

Shanghaichica said:
I think some people are not really brand loyal. They upgrade when their contract is up for renewal and can be swayed by whatever the sales person in the store advises them to buy based on how much they want to spend.
Click to expand...

Sure, there are those who are not ‘brand agnostic’, they choose whatever works best for them. My point was though, it is difficult for those who are tied in the ecosystem in terms of like the AirPods, Apple Watch, HomePod, just to end up abandoning the iPhone simply because there’s a delay. But that doesn’t really sound all that logical from a consumer standpoint, Especially when most iPhone users have at least one Other Apple product in their home that’s probably tethered with iOS.
Reactions: Shanghaichica

Fanboi4life said:
Unfortunately, some people can’t afford “new.” And that’s okay. But why should the people who are contracted to receive a new phone every year, on the same month have the inconvenience of waiting longer for a flagship product?
Click to expand...

The iPhone 9 was already nearing production and was designed way before the outbreak occured I believe. They aren't just going to scrap the iPhone 9. And people who already have the 11 can afford to wait a little for an upgrade as it's still new and the best on the market (will still be one of the best even with the 12 release) Not saying those on a yearly upgrade plan should have to wait but stuff happens and sometimes things don't go as planned. And the iPhone 7 is already older now. There hasn't been a low cost iPhone in years so this is overdue for Apple. The 9 has been planned for a while now and is very close to release at this point. The 12 could (possibly) get disturbed because it's further from release and Apple can't get the design team flown to China now. I don't think the iPhone 9 release is causing much if any interference though. But anyway with all that's happening in China I think we can agree that we can all afford to wait and health is far more important. I do think that Apple should try to diversify supply chains more to prevent these types of disturbances.

I'm just wondering how they'd fit all the lastest tech and chipset into a body that small. It would still need a decent size battery too. Maybe they figured it out or it'll be the size of the iPhone 8 instead just full screen? (I'm referring to the new 12 not the 9.)
Reactions: brucemr
B

Alyssaa1213 said:
I'm just wondering how they'd fit all the lastest tech and chipset into a body that small. It would still need a decent size battery too. Maybe they figured it out or it'll be the size of the iPhone 8 instead just full screen? (I'm referring to the new 12 not the 9.)
Click to expand...

I’m not concerned about battery life in smaller 5.4” screen all screen iPhone. 5.4” uses less power to drive it vs. the current sizes. Also, iOS software has made improvements in last years to optimize battery. Further, A14 chip is expected to be reduced (from 7) to 5 nm node size for first time, which provides opportunity for further battery use reduction.
Last edited: Feb 12, 2020

Freeangel1 said:
I told you iPhones cause Cancer.

Should you be worried?

It could be sold as a feature: iPhone radiation disrupts Coronavirus RNA
Reactions: GrumpyMom

Tim Cook, the master of logistics, made the rookie mistake of relying on 1 production source.
Its not just Foxconn but the whole of China and nearing neighbours who build the iPhone parts.

People are hoping things will get better from here, but there is the possibility that the dangers grows further and the spread increases.
Reactions: BusanAA
P

The schedule delay is because Apple are heavily innovating at the last minute their NosePods - like the AirPods, but you stuff the NosePods up your nose to filter out the coronavirus. Comes with bluetooth and wireless charging.
D

A minor hardware redesign, perhaps necessitated by the addition of 5G, along with an upgraded display, upgraded camera with a fourth lens/time of flight camera, a huge performance improvement with the 5nm A14 processor and who knows what else makes this more than your typical S model upgrade. Next year’s iPhone will probably be called the 12s unless the notch goes away which in that case might give us (hopefully not unlucky) 13.

Not only the anual upgraders, I’m still on Iphone 6, and have a upgrade planned this year, artly because I no longere receive the latest ios, but mostly because of 5G

iemcj said:
Eh who cares, the 11 (any version) is already an absolute unit of a phone. We've reached the point of rapidly diminishing returns and unless Apple radically redesigns the body to be thicker and carry a larger battery (doubtful) there's not much to be improved upon. Take your time apple.

Hey I'm selling one on there! Yay!
Click to expand...

Hmm well appart from 5G thati is Rollout is allready underway and by end of next year both MNOs here n Norway have promised completed deployments. I wander if they wil roll our ipv6 a the same time, my gues is yes, I see no reason for them to wait any longer, deplye ipv6 put ipv4 traffic behind cg nat, ans sell off. The ipv4 space they free up. Realice that a lot of the US might have to wait way longer for real 5G, so that this may not be a very interresting phone for a lot of us readers, bo thats the way ir goes some times, but you can bet Apple wil shout lodly about 5G, their lack of 5G phones where starting to look a bit silly imho

Justanotherfanboy said:
Ummmmmm...... because of this virus that’s been in the news, as of late. You somehow missed that in this article & the millions of others mentioning it???
You crawled out from under the rock you’ve apparently been hiding under, to post- so go ahead and treat yourself! Take 5 minutes to catch up on what’s going on in the world!!

edit:
To be clear- I don’t buy into believing there will be a delayed launch in September... but if this epidemic gets worse- I’m definitely not so selfish & self-involved that my only thought would be: “that’s so unfair and inconvenient to my normal phone upgrade plans!”.
Click to expand...

You are probably right, the launche, ie rhe press event and rhe hype will not be delayed, but the waiting timesfor day one/week one orders might increase significantly
Last edited: Feb 12, 2020