Epic Games this evening sent out emails to Fortnite users on iPhone, iPad, and Mac to let them know that it will not be possible to play the newly released Marvel-themed season 4 content on their devices.

In the email, Epic Games blames Apple's App Store fees for the unavailability of new content, even though Apple has said that if the direct payment option is removed and Fortnite obeys App Store policies, it can be updated and remain in the App Store while the legal battle between the two companies plays out in court. From the Epic Games email:

Apple is blocking Fortnite updates and new installs on the App Store, and has said they will terminate our ability to develop Fortnite for Apple devices. As a result, the Chapter 2 - Season 4 update (v14.00), did not release on iOS and macOS on August 27. [...]

Apple limits competition so they can collect 30% of consumer payments made in apps like Fortnite, raising the prices you pay. Epic lowered prices through a direct payment option, but Apple is blocking Fortnite in order to prevent Epic from passing on the savings from direct payments to players. Epic has taken legal action to end Apple's anti-competitive restrictions on mobile device marketplaces. Papers are available for our August 13, August 17, and August 23 filings. In retaliation for this action, Apple blocked your access to Fortnite updates and new installs on all iOS devices.
Click to expand...

Epic Games informs customers that they can still play the existing season 3 content, but progression is not possible and iOS and Mac players cannot play cross-platform with those on other devices. Players using Apple products cannot access the new cosmetic options, nor can they receive gifts from the new season unless they log into an alternate platform that has access to the season 4 content. Battle Lab, Duos, and LTMs are disabled on iOS, and iOS players are unable to complete new Quick Challenges and Style Challenges.

In lieu of iOS devices, Epic Games recommends customers play Fortnite on Android, PC, PlayStation, Xbox, or Nintendo Switch, and it directs customers to Apple to ask for refunds for in-app purchases.

Epic Games attempted to get a temporary restraining order that would force Apple to allow Fortnite updates to continue to be available on iOS devices and that would prevent Apple from terminating the Epic Games developer account, but the judge sided with Apple and did not grant a restraining order for Fortnite.

The judge overseeing the case told Epic Games' lawyers that all Epic needs to do "is take it back to the status quo and no one suffers any harm," but Epic has opted not to do so and is standing firm as Apple prepares to terminate its developer account. Epic lawyers in fact said that Epic "can't go back into an anticompetitive contract."

Apple said in mid-August that Epic would lose access to its developer account on August 28, which is tomorrow, so it looks like Fortnite will be unavailable for the foreseeable future as it appears neither side has plans to back down.

Apple was also going to block Epic from working on the Unreal Engine used by third-party developers, but Epic was able to successfully secure a restraining order to prevent that from happening. So while Apple is allowed to block Fortnite so long as Epic continues to violate App Store rules, it is not allowed to terminate the Epic International developer account and tools used for the Unreal Engine.

The next hearing in the Apple vs. Epic battle will take place on September 28, with Epic aiming for a preliminary injunction that will allow Fortnite back onto the App Store.

This is just RIDICULOUS and CHILDISH. 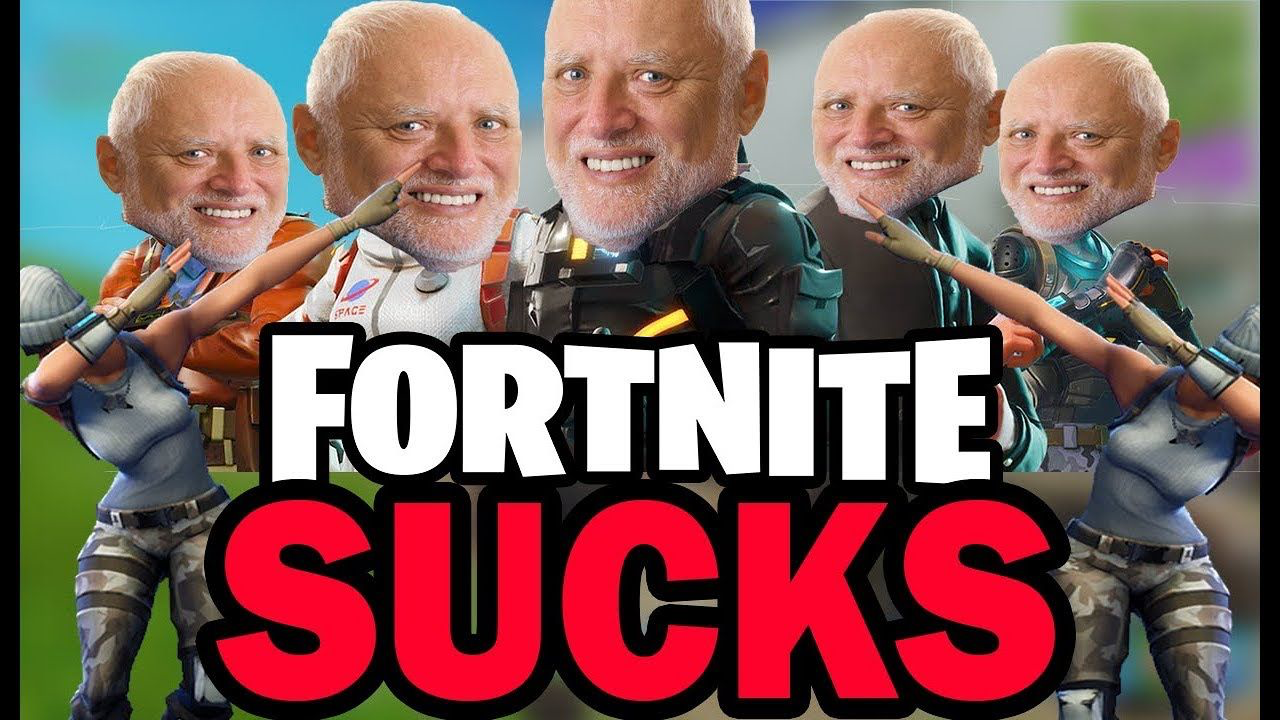 In their emails to players they conveniently left out the bit where their Mac app was NOT blocked, but they pulled it anyway to further force an artificial conflict with Apple users. Personally I hope this gives millions of Fortnite players the chance to go and find other worthwhile games to play and realize living without Fortnite isn't so bad after all...
Reactions: Tco13, highlypaid, darktux and 114 others

the gaslighting is strong with this one
Reactions: highlypaid, AppleFan1998, Telp and 24 others

I can’t wait for this whole thing to be over Lol. I normally just scroll past these articles, but man... There’s so many. Such a petty fight.
Reactions: AppleFan1998, ohmydays, Nica and 2 others

Keep on poking the bear, don't think it will help much. Wonder how long before they reverse course..
Reactions: AppleFan1998, FHoff, amartinez1660 and 5 others

Havent they been on the App Store more than a year? SHouldnt their fee be 15% now? Just curious
Reactions: AppleFan1998, Apple Freak, Nica and 7 others

Yeah. It’s Apple’s fault you guys willingly violated the terms of service. Especially when you knew what that meant, and knew it so certainly you already had an anti-Apple ad and a 60 page lawsuit ready to push out that same day?

pioneer9k said:
Havent they been on the App Store more than a year? SHouldnt their fee be 15% now? Just curious
Click to expand...

No, thats not how it works
Its 15% on the second year of any one particular subscription. If you subscribed to something 5 years ago, its 15%. If I subscribed yesterday, its 30%

What a win for Apple that this myth exists, I swear I have to correct it multiple times a day
Reactions: AppleFan1998, Breaking Good, charlesdayton and 12 others

Why doesn’t Epic tell their customers they’re using them as pawns? This is 100% on Epic and their greed.
Reactions: AppleFan1998, Carlos Vidal, Juerg Kobel and 58 others

PickUrPoison said:
Why doesn’t Epic tell their customers they’re using them as pawns? This is 100% on Epic and their greed.
Click to expand...

I think they will realize they made a mistake. Apple is ready for this war.
Reactions: highlypaid, AppleFan1998, Carlos Vidal and 15 others
S

At this point it all just feels like free advertising for a kids game. MacRumors contributing to that with daily posts.
Reactions: AppleFan1998, amartinez1660, Homme and 14 others

dguisinger said:
No, thats not how it works
Its 15% on the second year of any one particular subscription. If you subscribed to something 5 years ago, its 15%. If I subscribed yesterday, its 30%

What a win for Apple that this myth exists, I swear I have to correct it multiple times a day
Click to expand...

Chill out lol I wasnt stating it as fact which is why I asked. So if you have an app in the App Store and someone buys it, its 30%. But if 5 years later, someone buys your app, it's still 30%? And someone who subscribed 5 years after you put it on the App Store, it's 30% until they've been subscribed for a year?
Reactions: thedarkhalf, David G., Nica and 3 others

tranceking26 said:
At this point it all just feels like free advertising for a kids game. MacRumors contributing to that with daily posts.
Click to expand...

PickUrPoison said:
Why doesn’t Epic tell their customers they’re using them as pawns? This is 100% on Epic and their greed.
Click to expand...

Honestly, most Fortnite players probably have multiple devices already so it doesn't matter to many. That said, based on how popular Fortnite was at its peak, if 1 in 5 Fortnite players decided to switch platforms over this, Apple would notice it in sales numbers. It will be interesting to see if it puts pressure on them at some point.

Lets not forget not only was Amazon refusing to do Prime Video on iPhone and claiming Apple wasn't doing it for them, they also dropped all Apple products on the amazon website to turn the screw and cause Apple some pain.... yet some around here like to keep acting like Amazons 15% was something Apple gladly did because they "got something in return".... yeah, they got their sales back.

There are enough negative stories coming out daily about the App Store, if Epic is able to alienate a small fraction of a percent of users from buying another iPhone this September, Apple will feel it. If there is one thing Tim Cook was known for, it was being a numbers guy (definitely not a product guy)
Reactions: amartinez1660, MacFree39, PrincePoppycock and 8 others

I really think Epic is doing nothing other than digging for money.
Reactions: AppleFan1998, Carlos Vidal, nixo and 17 others

dguisinger said:
No, thats not how it works
Its 15% on the second year of any one particular subscription. If you subscribed to something 5 years ago, its 15%. If I subscribed yesterday, its 30%

What a win for Apple that this myth exists, I swear I have to correct it multiple times a day
Click to expand...

Several times a day? I haven’t ever heard that, in 10+ Years.

How is it that you’re around so many people that know Apple has a 30—>15 reduction after a year, but don’t know that that only applies to subscriptions?
Reactions: nixo, amartinez1660, Santiago and 12 others

*Epic sends emails to kids who think email is a cold, formal and antiquated form of communication*

fortnite trying to be in the news I guess
Reactions: amartinez1660, charlesdayton, philosoraptor1 and 3 others

hendrawardi said:
fortnite trying to be in the news I guess
Click to expand...

free publicity or they're really out there to get the money.
Reactions: charlesdayton and compwiz1202

Honest question: How many people actually play this on their phones? Console and computers I can see, but their phones? It doesn't look like it's a game that's conducive to play on a phone. Is this Epic's largest sector? Or are they just trying to be jerks about it?
Reactions: nixo, TheAppleFairy, lostczech and 3 others
You must log in or register to reply here.
Share:
Facebook Twitter Reddit Email Share Link
Register on MacRumors! This sidebar will go away, and you'll see fewer ads.
Sign Up
Top Bottom