caseycicada said:
Oh, you talking about this thread?
Click to expand...

The thread is over?

One that was offered to me in lugubrious but thoughtful conversation with a Romanian colleague (a senior police officer) over a glass (or two) of his home-made pear slivovitz: "When a mosquito lands on your balls…….you realise…...that…….not every problem can be solved by violence."
Last edited: Jun 23, 2018
Reactions: LizKat and mobilehaathi

Siderz said:
The thread is over?
Click to expand...

It was merely pining for the fjords.

Twenty years from now you will be more disappointed by the things that you didn't do than by the ones you did do. So throw off the bowlines. Sail away from the safe harbour. Catch the trade winds in your sails. Explore. Dream. Discover. -- Mark Twain

"Most people can't bear to sit in church for an hour on Sundays. How are they supposed to live somewhere very similar to it for eternity?" -- Mark Twain

"Being the richest man in the cemetery doesn't matter to me. Going to bed at night saying we've done something wonderful, that's what matters to me." -- Steve Jobs

"Remembering that you are going to die is the best way I know to avoid the trap of thinking you have something to lose. You are already naked. There is no reason not to follow your heart." -- Steve Jobs

"Innovation distinguishes between a leader and a follower." -- Steve Jobs

"He got excited when he saw the whites of the goalpost's eyes." -- Steve Coppell

"I still say a church steeple with a lightning rod on top shows a lack of confidence." -- Doug McLeod

"Don't cry because it's over. Smile because it happened." -- Dr Seuss

Before you speak ask yourself: Is it kind, is it necessary, it is true, does it improve upon the silence? -- Shirdi Sai Baba


Few of my favourites. 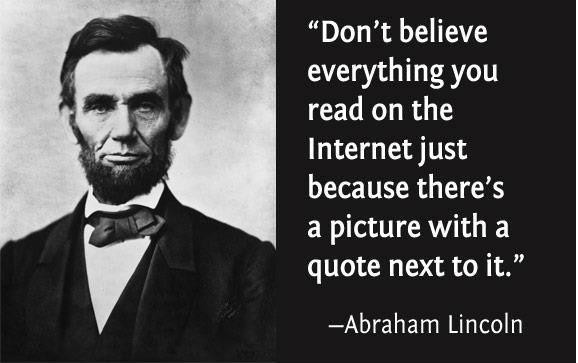 Too many for me to mention, and would be a pain putting in from a phone. But here's a good recent one:

When you know what's ahead, you can properly chart your course, in flight and in life. -- Amelia Rose Earhart


"Nothing is permanent in this world, not even our troubles." - Charlie Chaplin

"Great people do things before theyre ready. They do things before they know they can do it. Doing what youre afraid of, getting out of your comfort zone, taking risks like that - that is what life is. You might be really good. You might find out something about yourself thats really special and if youre not good, who cares? You tried something. Now you know something about yourself." - Amy Poehler​

A society grows great when old men plant trees whose shade they know they shall never sit in. -Anonymous

"When you're going through Hell, keep going."

"All of us are in the gutter; only some of us are looking at the stars."

"Why waste time learning, when ignorance is instantaneous?"

"Always accept someone's lunch invitation. Either they genuinely want to have lunch with you, and you'll have a great time. Or they don't really want to spend with you and are just being polite... in which case - ***** 'em."

Also.... my signature. Good words to live by.

Two more that are great. A new, profound leadership nugget from Amelia Earhart:

Anger needs an audience.. if you tune them out, they can't be heard.
Click to expand...

"No. Politicians don't wanna scare you, they wanna keep you stupid. Fear is just the smell when ignorance takes a ****."

"A parent's only as good as their dumbest kid. If one wins a Nobel Prize but the other gets robbed by a hooker, you failed."
Click to expand...

My dad, master of the late tackle!
B

It is our obligation to daydream

"That savage of fire,
That seed,
Have it your way.

The world is ugly,
And the people are sad.”

She got her looks from her father. He's a plastic surgeon - Groucho Marx

Here's a rueful wake-up call of sorts from Esdras (the first book of Ezra) in early Christian writing; it is regarded as canonical in Eastern sects but generally in the West as apocryphal.

It may have been used as epigraph in more than one novel. Anyway I ran into it in the front of Thomas Hardy's Jude the Obscure.


Yea, many there be that have run out of their wits
for women, and become servants for their sakes.

Many also have perished, have erred,
and sinned, for women…

O ye men, how can it be but that
women should be strong, seeing they do thus?"​
Reactions: IronWaffle, mobilehaathi and Scepticalscribe
K

“I know all the words” - President Donald J Trump
Reactions: IronWaffle and LizKat

We seriously need to update Godwin’s rule to include him.

"People demand freedom of speech as a compensation for the freedom of thought which they seldom use." — Soren Kierkegaard
Last edited: Jun 24, 2018
Reactions: Scepticalscribe

IronWaffle said:
"People demand freedom of speech as a compensation for the freedom of thought which they seldom use." — Soren Kierkegaard
Click to expand...

"Love should not be spoiled by friendship. The end is the end“.
"The more primitive a man is, the more highly he regards himself".
"It’s better to die when you want to live, than live until you want to die".
(Erich Maria Remarque)
Reactions: IronWaffle and Scepticalscribe

“In Watermelon Sugar the deeds were done and done again as my life is done in watermelon sugar.” — Richard Brautigan, In Watermelon Sugar
You must log in or register to reply here.
Share:
Facebook Twitter Reddit Email Link
Register on MacRumors! This sidebar will go away, and you'll see fewer ads.
Sign Up
Top Bottom