Finland's Prime Minister Alexander Stubb told CNBC in an interview that Apple is to blame for the decline of the country's two primary export industries, information technology (led by Nokia) and paper. "The iPhone killed Nokia and the iPad killed the paper industry, but we'll make a comeback," said Stubb in response to a question about Finland's business environment following the country's recently downgraded credit rating. While the comment certainly appears to be more of a pithy jest than an outright accusation against Apple, it does aptly describe how several of the country's major boom industries have seen their fortunes slip in the face of a changing marketplace.

As noted by TechCrunch, this isn't the first time Stubb has singled out Apple in reference to his country's economic decline since he took over as Prime Minister in June of this year. Speaking in July, Stubb made a similar comment mentioning Apple.

"We had two pillars we stood on: one was the IT industry, the other one was the paper industry," Stubb told Swedish financial newspaper Dagens Industri.

"Nalle Wahlroos, president of (Swedish bank) Nordea, described it quite well when he said the iPhone knocked out Nokia and the iPad knocked out the forestry," accelerating the fall of paper demand.
Click to expand...

In the same conversation with Dagens Industri, Stubb quipped "Steve Jobs took our jobs," with the promise that "this is beginning to change."

Apple may be an easy scapegoat for politicians to blame, but the Cupertino company is not responsible for Finland's struggles. While Apple did lead a revolution in the mobile phone industry with the iPhone, the Cupertino company did so by focusing on high-end handsets and not the entry-level phones that Nokia was selling by the millions. With a plethora of Android handset options at a variety of price points, Samsung instead was much a greater threat to the long-term survival of the Finnish company. Nokia has since sold its devices unit to Microsoft, tying its future to that of Windows Phone.

Apple's iPad also is not to blame for the downturn in the paper industry, which has been in decline for years. The reasons for the slowdown in paper manufacturing are myriad and include the increasing use of email over traditional mail, the adoption of digital documents, and the steady decline in print magazine and newspaper subscriptions. With tablet shipments reaching only 200 million globally, the proliferation of Kindles and tablets, such as the iPad, are not yet significant enough to decimate the paper industry as Stubb implies.

No you asshat your lack of innovation and adaptability to change is what screwed your economy. put someone else in charge and fast.

The word "blame" has such negative connotations. It seems more like the Prime Minister attributes the economic difficulties to consumer preference. The market has spoken.
C

Apple is not responsible for the Nokia Conspiracy.

I'm not sure he's truly "blaming" Apple in the bitter sense of the word. He might be making a couple quips, but I think he's admitting reality, and giving a lot of credit to Apple. After all, Apple has helped revolutionize the world, so to act like Apple really had no effect is also a farce.

Two eggs in one basket...

If this guy really believes that Apple is to blame for the fact that those industries were just coasting along thinking nothing would ever change, then he really shouldn't be Prime Minister!

If there were no Apple, there would be others. Their pillar industries may have a few more years in that case; Apple just accelerated the process of their demise. It's a changing world, and you have to adapt.
N

What a misleading title..

That seems odd to blame Apple for those things or include them at all.

Looks more like that Finland's major companies should have adapted to the changing environments.

Nokia has only themselves to blame for loosing market share and becoming only a shell of what they once were.
L

Not sure why this article it taking a Samsung spin, because we can technically say that Apple had a hand in this.

But it's stupid for Finland to completely rely on ONE company anyways. Hell, ONE industry for that matter. Many middle eastern countries are in for a hell of a ride once we become less dependent on oil.

Finland, business wise, didn't have enough diversification to withstand competitors out of the blue.

Nokia, like Microsoft, stood still when both the iPhone and iPad were released.

That is not Apple's problem; as far as I'm concerned, companies of their size and experience should have known better.
H

I feel sorry for people in Finland. I would be very sad if our politicians said something like this...

Nokia has no one to blame, but themselves.

He should be blaming the Finnish companies for not being good enough. I would have loved to see Nokia phones that could compete properly with the iPhone, because competition improves the breed. But that didn't happen.

theheadguy said:
I'm not sure he's truly "blaming" Apple in the bitter sense of the word. He might be making a couple quips, but I think he's admitting reality, and giving a lot of credit to Apple. After all, Apple has helped revolutionize the world, so to act like Apple really had no effect is also a farse. MR is playing around in Fox's 'no spin zone' on this one... tisk tisk, MR.
Click to expand...

^^This. Similar to the "lure customers" from the Apple Pay thread.

ValSalva said:
The word "blame" has such negative connotations. It seems more like the Prime Minister attributes the economic difficulties to consumer preference. The market has spoken.
Click to expand...

But which is catchier:

Finnish PM attributes success of iPhone as major factor in the difficulties of Nokia, one of the economy's largest companies.

Apple might as well be blamed for increasing divorce rate and global warming. 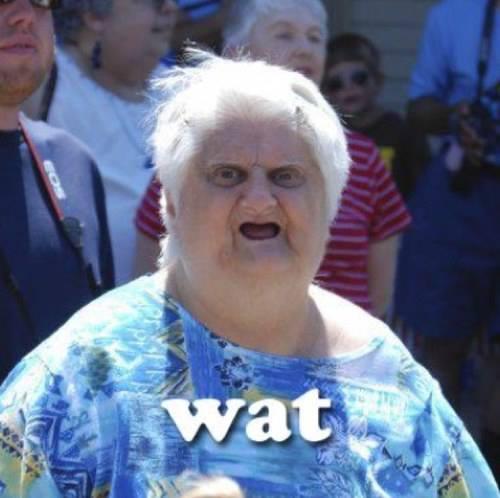 Moonjumper said:
He should be blaming the Finnish companies for not being good enough. I would have loved to see Nokia phones that could compete properly with the iPhone, because competition improves the breed. But that didn't happen.
Click to expand...

That was excactly his point, and he also feels that his country's economy needs to be more diversified. Not withstanding the misinterpretation by the author of this MR article, there was not a shred of "blame" in the Prime Minister's comments.

Seriously. Not surprised at all that it is Dagens Industri publishing this stuff, the paper is essentially Scandinavia's financial tabloid. While the iPhone assertion at least appears on the surface to have some substance, the whole iPad paper industry thing is a complete joke. (Which it completely was, I am aware)

Couple of problematic things with the MacRumors article though. Disagree with the assertion that Nokia was producing only cheap feature phone handsets.

Prior to the iPhone and the candy bar multitouch screen revolution that followed Nokia's N series of phones was the Blackberry of Europe. Much sought after smart phone. Had some friends that got them imported to the US because they were so nice.

So, all it takes is a misleading title to do the trick ?

Obviously, he's not blaming Apple. He's just acknowledging that latest technologies killed some industries that they were an important factor for his country's economy and that they'll have to move forward.

I worked at Nokia (for a while also in Finland) when the company was still market leader, and even then, most employees knew that one day, the company would be killed by its own arrogance. The problem was that nobody knew how to prevent that from happening.

Another problem were the constant reorganizations. Sometimes it felt like there was one reorg each year. Some years after I had left Nokia, I had a meeting with them, and there was the all-too-familiar comment "I can't decide that, because I don't know yet who my new boss will be."

The third problem was that the company was led largely by technical people towards the end. Geeks make great products for geeks, but often don't understand the needs of non-geeks. That was quite obvious in the Nokia products around the time when the first iPhone was released.

Nokia killed itself. If anything, Apple provided the gun, but Nokia put it to its head all by itself.

And the Finnish government also set itself up for this by relying completely on Nokia's strength instead of trying harder to encourage the growth of tech startups.

Apple should just buy Finland to make safari snappier but Steve would never allowed this.