Former Netflix CEO: Apple Not in Streaming Market 'With Both Feet' 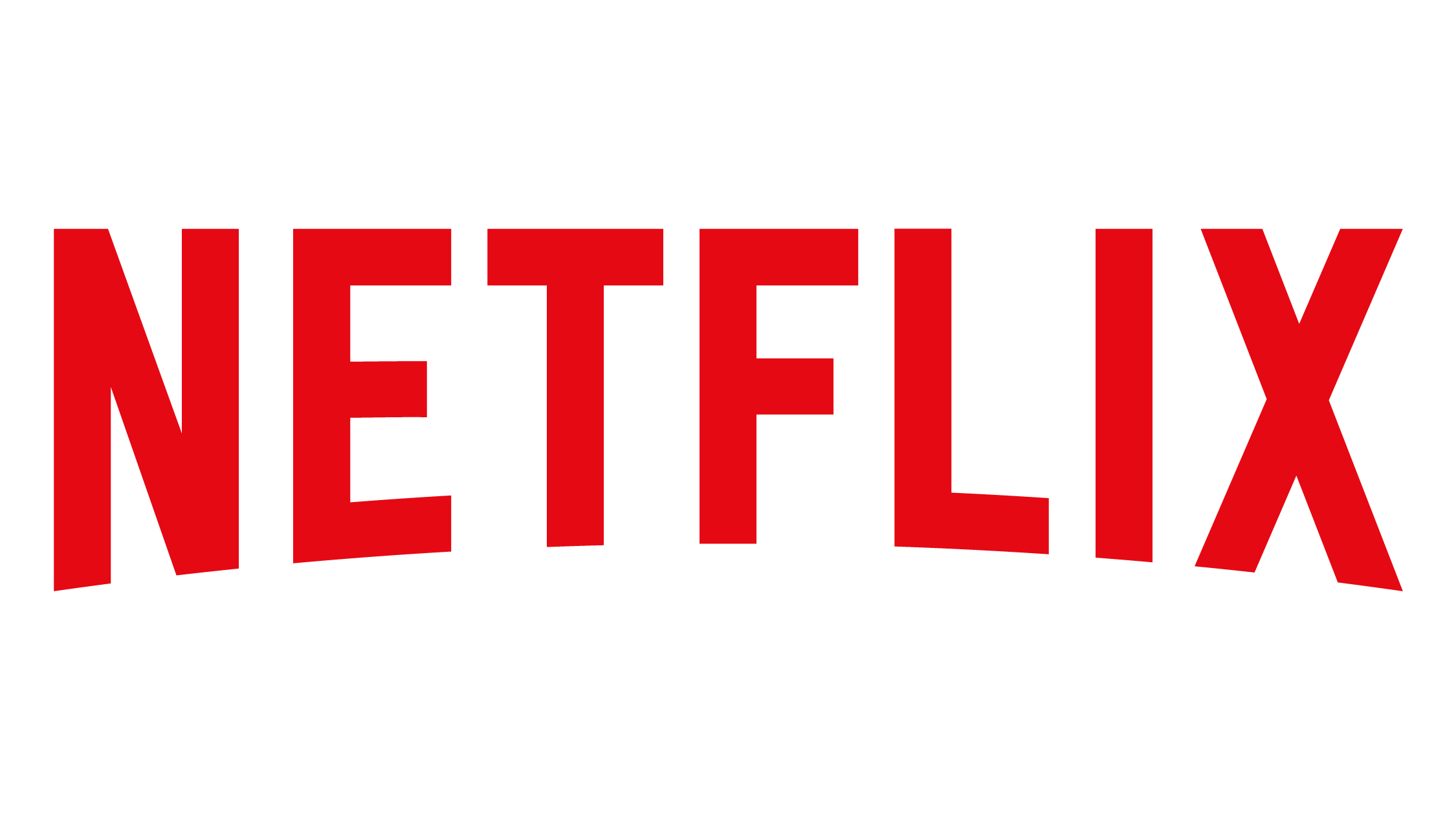 Randolph criticized Apple's free Apple TV+ offerings and the number of subscribers that are still not paying. Apple has been offering free year-long Apple TV+ subscriptions to those who purchase a new Apple device, and has already twice extended the free subscriptions of those who initially signed up in 2019.

"If Apple spent one quarter as much time on content as they do on giveaways they really could play," Randolph said. "They have no excuse [and] they're still not in it with both feet. They really have to do the entrepreneurial thing and walk up to the edge of the cliff and jump."

He went on to explain that Apple TV+ has the "highest churn rate" out of all the available streaming services. "You can't keep replacing people," he said. "You've got to give them a reason to stay."

On Disney+, Randolph said that the streaming service has "fought its way up to a really strong position" with its continuous slate of new content. "It's really a war of who's prepared to make the content," he said. Disney+ just today announced that it has hit 95 million subscribers and could hit Netflix-like numbers in just a few years. Netflix currently has more than 200 million subscribers.

Netflix last month said that it plans to release a new original film every week in 2021, and of the streaming services, it has one of the largest content catalogs available. Disney+ was also able to launch with a huge amount of content, and Disney has regularly been introducing new Star Wars and Marvel shows, among other titles.

Apple built Apple TV+ from the ground up and has been adding new content regularly, but the streaming service lags far behind its competitors. Apple has never announced subscriber numbers, but said at the beginning of February that it had seen record viewership with the launch of Justin Timberlake movie "Palmer."

Article Link: Former Netflix CEO: Apple Not in Streaming Market 'With Both Feet'

Wonder if Netflix were in the streaming market "with both feet" when they were still mailing DVD's around the country...? Apple TV+ hasn't even been around for two years yet, and we've had a pandemic to deal with (which will affect production output, as it has with all the platforms). Give them time.

I'm currently watching Ted Lasso that everyone's raving about and I don't think it's that good
Reactions: S G, diandi, dellaster and 39 others
Comment
T

they need to buy rights to something people actually want to watch. People are becoming addicted to streaming services. Apple has what? The morning show? See? Even HBO Max raised by wolves spoke to me more than any show on Apple TV. Buying big name movies is a start but giving Oprah all these shows isn’t the move.
Reactions: tongxinshe, diandi, pdr733 and 21 others
Comment

He's right. The pandemic also hit at the worst time for someone starting a streaming service without a back catalog of content to provide. Most of the season 2s of the successful shows were supposed to have landed already but had production delays.
Reactions: TropN, 123, mazz0 and 3 others
Comment
E

TV+ at its current trajectory seems like a failure to me. Not enough compelling content. They have all these great creators, directors, actors and writers but it feels like they are using ATV+ for all their back burner half-baked secondary content that nobody else wanted to pay to develop because it wasn’t good enough.

Apple knows it too, since they are still giving it away for free.
Reactions: tongxinshe, diandi, dellaster and 20 others
Comment

hoodafoo said:
I'm currently watching Ted Lasso that everyone's raving about and I don't think it's that good
Click to expand...

I bet 9/10 people on the street never even heard of the show. I only hear about apple shows when I’m here on MR.
Reactions: tk421, dellaster, David G. and 31 others
Comment

MacRumors said:
He went on to explain that Apple TV+ has the "highest churn rate" out of all the available streaming services.
Click to expand...

Does he have data to support this statement, or is he guessing?

Couldn't agree more. I am dropping Apple when my trial ends. It's tough to compete with Netflix and their tempo. Most of all, I just don't like the Apple content, they seem to be targeting a few niche demographics. I think Netflix and even Hulu has something for everyone.

Just this morning I was skimming for new content and thought "oh boy, they're going to eat their losses and pull this one back". I really hope they don't, and I hope they diversify their content a bit more.
Reactions: diandi, dellaster, pdr733 and 9 others
Comment
R

With the exception of Music ,which still seems to be trailing Spotify by some distance in subscriber numbers, all of their services are terrible.
Reactions: pdr733, moulderine, MacAddict1978 and 6 others
Comment

iapplelove said:
I bet 9/10 people on the street never even heard of the show. I only hear about apple shows when I’m here on MR.
Click to expand...

I guess apple fanbase were starving for a live-action Ned Flanders show
Reactions: jhfenton, miq, Ar40 and 4 others
Comment
F

There is certainly a problem here. Lots of people on trial free subscriptions.

I've got a year of Apple TV+ because I bought new Hardware recently. Even though I'm not even paying for it for twelve months, I haven't bothered with the service whatsoever. They have no content that appeals to me. Also there are far too many 'woke' documentaries. Why don't they just buy up a few blockbuster movies that have already been made? There is something like 5-6 huge movies that are backed up in the pipeline - Bond, Dune, King Kong etc. It would be pocket change to them.
Reactions: jimthing, dellaster, ThaRuler and 9 others
Comment

Tehran is decent but overall Apple content isn't as good as Netflix. Probably cancel after my free year membership.
Reactions: ThaRuler, betterbegood, miq and 6 others
Comment

While most of what he says seems to be true... Apple TV+ is a very small subset of Apple overall whereas it is Netflix's sole business. So this really doesn't matter for Apple they aren't exactly relying on money from streaming to make ends meet. Eventually they'll build up their catalog and they'll compete with the rest of them.
Reactions: BlueParadox, tomwhom, CJ Dorschel and 7 others
Comment

AppleTV+ should make a 2nd tier price like $20 and allow up to 4-5 free movie rentals per month.
Reactions: Philly-GUI-Dude, decypher44, AnorexicPig and 1 other person
Comment
J

Disney has almost no new content. We get it 1/6 months to catch up on anything that came out. When my free membership from Apple expires I am off that as well as very little interest my family (but Ted Lasso is the best show I have seen in a long time). Shocked how little content HBO has but ATT giving it free so who cares.
Reactions: Ar40 and Kengineer
Comment

Apple is slower in this race because of the huge bag of money they're carrying.
Reactions: JPack, swingerofbirch and Ar40
Comment
2

Gimme a break Netflix. I recently unsubscribed because all they do is raise prices, stuff more old movies in and add soaps one after the other.

Not to act like an Apple fanboy, but Apple doesn't have to be in the streaming business with both feet. They can afford to even give it away for free for all eternity as a nice perk for buying Apple hardware. Heck, I would. That alone is an extra reason to buy an AppleTV box or any other hardware. I paid for a while, and then got it free when I bought my M1 machine, and honestly, I think the quality to volume ratio is higher than any service out there. When Netflix started out as a streaming service it was full of utter *****, same goes for Amazon Prime, and frankly Disney+ until recently was mostly for kids - though they are raising their prices too to stuff another service inside it.

So far everything I watched on AppleTV+, I thoroughly enjoyed, and don't say that because I have to, but because I genuinely did. Netflix's CEO should shut up, and be happy that Apple isn't trying to be in streaming with both feet, as that could mean the end of Netflix itself.
Reactions: pdr733, Maconplasma, BlueParadox and 26 others
Comment
J

iapplelove said:
I bet 9/10 people on the street never even heard of the show. I only hear about apple shows when I’m here on MR.
Click to expand...

I heard about it from a podcast. I think it’s amazing. The only Apple TV I have seen but it’s just great.
Reactions: miq, decypher44, Ar40 and 1 other person
Comment

The problem with AppleTV+ is that there isn’t enough original content to justify a monthly subscription year round yet. They have good original content that I really like but why pay every month when my free subscription is up if I can just wait until the shows I like wrap for the season then subscribe for a month and binge? I guess that’s where Apple One subscriptions come in.
Reactions: freedomlinux, mattopotamus, upnorth85 and 2 others
Comment

I think Apple will perpetually extend everybody’s trial until they hit their critical mass number of shows. I’m sure Apple knows how many, which shows, and for how long their users are consuming content on Apple TV+. And I’m sure that number is still fairly low that Apple kept extending the trials while the content is being made bit by bit.

I have spent zero seconds on AppleTV+. It doesn’t help either that they don’t make an app for AndroidTV. If you want to be a streaming content provider, you push your stuff to all hardware platforms.
Reactions: tonyr6, decypher44, Ar40 and 1 other person
Comment

apple TV+ is not the product. apple one is.

the more bundled in content they add to the subscription, the better that subscription deal becomes. they dont have to be the best at anything, they just need to have as many services bundled in with the apple one subscription.
Who gives a crap if apple music isnt as good as spotify...it's bundled in. so apple continues to get their money.
Reactions: Jakewilk, jhollington, a_politis and 9 others
Comment
You must log in or register to reply here.
Share:
Facebook Twitter Reddit Email Share Link
Register on MacRumors! This sidebar will go away, and you'll see fewer ads.
Sign Up
Top Bottom