Some iPad Pro owners who have 2017 and 2018 models have increasingly been running into issues with screen stuttering, based on a slew of threads on the Apple Support communities and the MacRumors forums.

Affected users have iPad Pro models that sometimes refuse to register touch gestures, stutter when scrolling, miss keystrokes, and have other similar issues. We here at MacRumors have not been able to replicate this issue, but the sheer number of complaints suggests something may be going on with the iPad Pro's display. 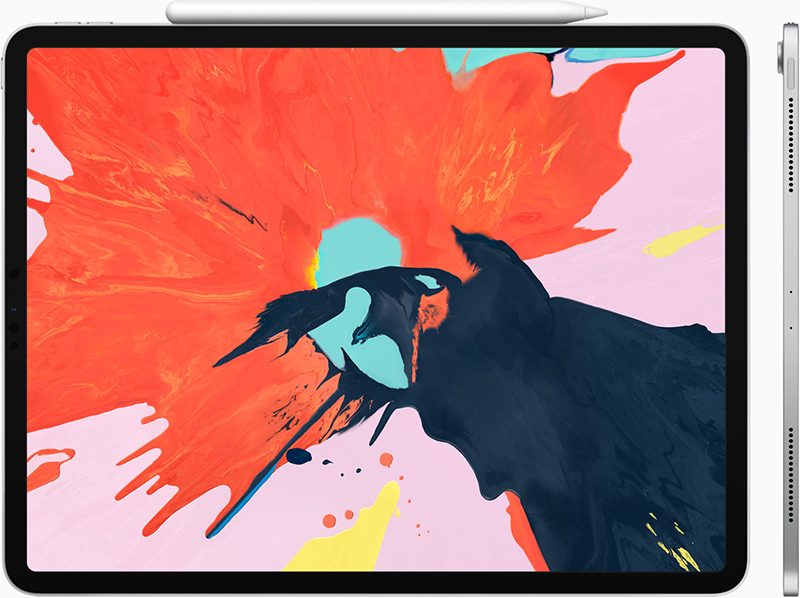 MacRumors reader Flasch describes the issue he had with his iPad Pro right out of the box:

I bought a new 12.9" iPad pro on the first available day last Wednesday. The o, k, and to a lesser extent i and j keys on the on-screen software keyboard consistently recognized touch with a click and change in colour of the key but the letter would often not appear in any program. For o in particular, it often required several attempts to make the letter register.

Spent time on the phone with apple and they didn't have a solution. A full restore to factory settings didn't help.

I returned it to the store today and picked up a new 12.9" iPad pro. Brought it home and this one is worse. Ofter 5 or more presses of o or k to get it to register. When the iPad is turned clockwise to landscape mode, the q and w are then in the same region of the device and they don't work either. Seven presses of the q before a letter appeared on the screen. It seems the bottom right of the touchscreen has an issue.
Click to expand...

Other iPad Pro users are having the same issue with touchscreen unresponsiveness, which can also impact scrolling and general usage. From MacRumors reader Codeseven:

Screen freezes. Started cropping up just in the last few weeks, seems to be getting worse. Reacts as though the screen was very dirty or my finger isn't contacting then screen completely. Interestingly, the freeze will sometimes stop when the iPad is changed from any angle to level. Also, sometimes if allot of finger pressure is used then the freeze is gone.
Click to expand...

The problem appears to be primarily impacting new 2018 iPad Pro models, though there have also been complaints from some 2016 and 2017 iPad Pro owners.


A video demonstrating the stuttering issue​
MacRumors reader Roger, who let us know about the issue, says that after approximately a month, his 2018 iPad Pro had issues with scrolling and wouldn't register input. He was able to get a replacement, as were many other customers who have experienced this issue, but he said that the replacement model has also been exhibiting the same issues.

It's not clear if this is a software or a hardware issue, and there are certainly many 2017 and 2018 iPad Pro models out there that have no problems like this at all, which makes it difficult to determine what's going on. Some of the issues with the 2017 model appear to have started with the release of iOS 11.3, but have persisted through software updates. Many users who are running iOS 12.2 are still reporting problems.

Some users have noticed that the stuttering problem goes away on the 2018 models when the Apple Pencil 2 is attached to the iPad, perhaps suggestive of an Apple Pencil-related connectivity issue.

On the whole, though, it's not clear what's causing issues for iPad Pro owners who are having touchscreen responsiveness problems. Anyone with an unresponsive touchscreen should bring it into an Apple Store or an Apple Authorized Repair Shop for service as some users have been able to get replacement units.

Oh look, even the digital keyboards have issues now.
Reactions: helloplebies, DaPhox, Franjaureguim and 97 others

Yes. Let's get this info out there. Maybe, something will be done?
Reactions: Franjaureguim, mikzn, kazmac and 6 others
M

I had this issue and apple replaced mine for me. New one works perfect so far.
Reactions: NMBob

Well blow me. It is a computer after all!
Reactions: G5isAlive, Franjaureguim, AutisticGuy and 17 others

Admittedly I don't use the on-screen keyboard often though, I have the smart folio for both.

jakeowens said:
I had this issue and apple replaced mine for me. New one works perfect so far.
Click to expand...

It is unfortunate that Apple products have declined in quality over the years.
Reactions: sideshowuniqueuser, LCC0256, SoN1NjA and 30 others
4

jakeowens said:
I had this issue and apple replaced mine for me. New one works perfect so far.
Click to expand...

Then it’s reassuring to know that Apple at least will address the issue if it is an occurring problems for other iPad users with the keyboard. That’s what it’s all about, the customer service standing behind the product to make it right for the customer.
Reactions: LizKat, G5isAlive, BigMcGuire and 1 other person

Apple can't seem to do anything right anymore. Then when they are confronted about it, they offer a generic public statement and move on to the next thing. They can't even make quality products at this point. As I've often said in recent months...a shell of their former selves. I wish someone would just dethrone this POS company already. It's not on the level it should be for the premiums they charge over their active competition, they need to be taught a lesson, once and for all.
Reactions: Marekul, sideshowuniqueuser, Mendota and 38 others

Had this issue after 12.2, before that never had the issue. I did a reset/restore and that fixed the issue of the screen freezing, but now certain areas of the screen no longer register my “finger flicking” in order to scroll thru apps.
Reactions: MaximizedAction, transporter96, code-m and 3 others

I’ve had this issue with my new 12.9”. I find that unplugging it and plugging it back in usually resolves it - I assumed it was some sort of ground loop issue interfering with the capacitive sensing. Every once in awhile i need to reboot to resolve, though.
1

The issue has been fixed for me since 12.3 beta. Although wrist detection when using Apple Pencil doesn‘t work at all, which leads me to believe that the unresponsiveness is caused by something that has to do with Apple Pencil/wrist detection. Would also make sence because only Pro models are affected.
Reactions: G5isAlive, cflem and Garsun

I have this same problem with my 2017 iPad Pro 12.9. I was able to demonstrate the problem remotely to Apple Support. They suggested wiping the iPad completely, and not restoring, as they thought it was a software issue. However, even with just a few apps the problem of unregistered taps and scrolls was still there. Took it to an Apple Store and demonstrated the issue in person. Apple Store gave me a replacement iPad Pro, which was sort of a drag since mine had been a gift and was engraved. The new (refurbished) one exhibits the same problem. My iPad Pro is on 12.2 but the problem was there in iOS 11 also.
Reactions: transporter96 and burgman

I wonder if it’s an issue with ProMotion?
Reactions: SkippyThorson, SYCAMOREGRAD, AppleWes and 1 other person
J

My iPad Pro 11” has a couple of issues. On screen app icons randomly blink on occasion, but I can’t seem to reproduce the issue - I assume its a software problem, not hardware. Also, the “up” volume button occasionally doesn’t click. I’ve held off taking it in to Apple store because both occur randomly.

Also not mentioned is that tempered glass screen protectors cause huge difficulties with the 11” iPad Pro screen, a real negative for people who like to keep their screens in good condition. Apple hasn’t responded to those issues either.
A

For those with stuttering - are you running the BlackBerry Work app?

My 11” 2018 is buttery smooth when I force quit the app and stutters like hell when it is running.
Reactions: G5isAlive

Apple has determined that a small percentage of displays in certain iPad Pro models may exhibit this behavior.
Reactions: Marekul, LiveM, Just sayin... and 21 others

Wow, what a technological feat; they found out how to digitize the butterfly mechanism!
Reactions: LizKat, Marekul, poppy10 and 76 others

Yep — I've had some serious issues on the touchscreen with my Gen.1 12.9" iPad Pro. I was wondering if the touch sensitivity was beginning to fade, but in many cases sensitivity seems to return (for a while) after a reboot.
Reactions: Labyrintho and transporter96
D

I have some of these issues with my iPhone Max. Mostly the keyboard will not respond when I start to type.
Reactions: gadgetgirl85, transporter96, zzu and 2 others
A

I have the same problem with my 12.9 inch 2017 iPad Pro. I suspect it’s software related as it has been an issue since the most recent iOS update.
Reactions: Labyrintho, George Dawes, zzu and 1 other person

I actaully may have this issue on my 12.9" pro. It sure wasn't there before the update so I don't feel it is hardware.

But the last week or so browsing safari I have noticed behavior described like the article states.
Reactions: zzu