Samsung recently came out with Bluetooth-enabled item trackers called SmartTags, beating Apple's rumored AirTags to market. With AirTags still set to launch later this year, we thought we'd check out Samsung's SmartTags to see just what Apple will be competing with.


Subscribe to the MacRumors YouTube channel for more videos.​
There are already multiple Bluetooth-enabled item tracking options on the market, the most popular of which is Tile, and Samsung's SmartTags are similar in both design and functionality to Tile's offerings. The SmartTags are square-shaped with a small cutout at the top where a keyring can be connected, allowing them to be attached to a range of items.

AirTags are likely going to be similar, but rumors suggest they'll have a round design and will use various holders instead of having a built-in attachment point. 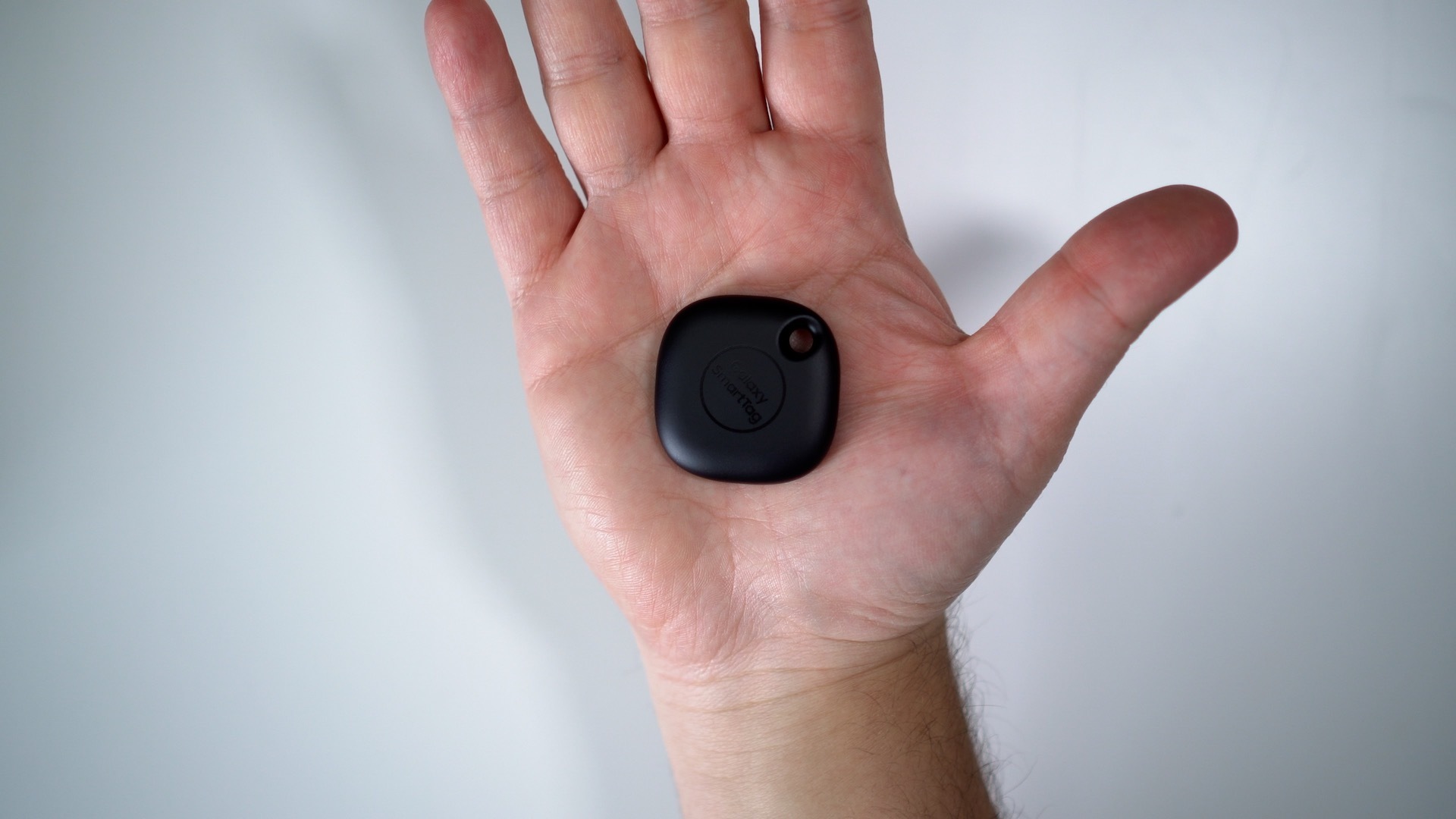 In the SmartThings app, there's a map where you can see the physical location of the tag (and the item it's attached to), plus you can have it play a chime if the item is located nearby. For items lost further away, Samsung has a "Galaxy Find Network" crowd tracking feature that allows other Galaxy devices to ping lost tags to offer up a better chance of finding a lost device.

Tile has a similar crowd tracking network feature, and Apple's AirTags will too. AirTags will be trackable through the Find My app alongside your Apple devices, and Apple in iOS 13 introduced a Find My feature that lets lost devices be tracked even without a cellular connection by leveraging devices owned by other people. This functionality will likely be available for the AirTags, and with so many Apple devices out there, it's going to make it easier to find something that's lost. 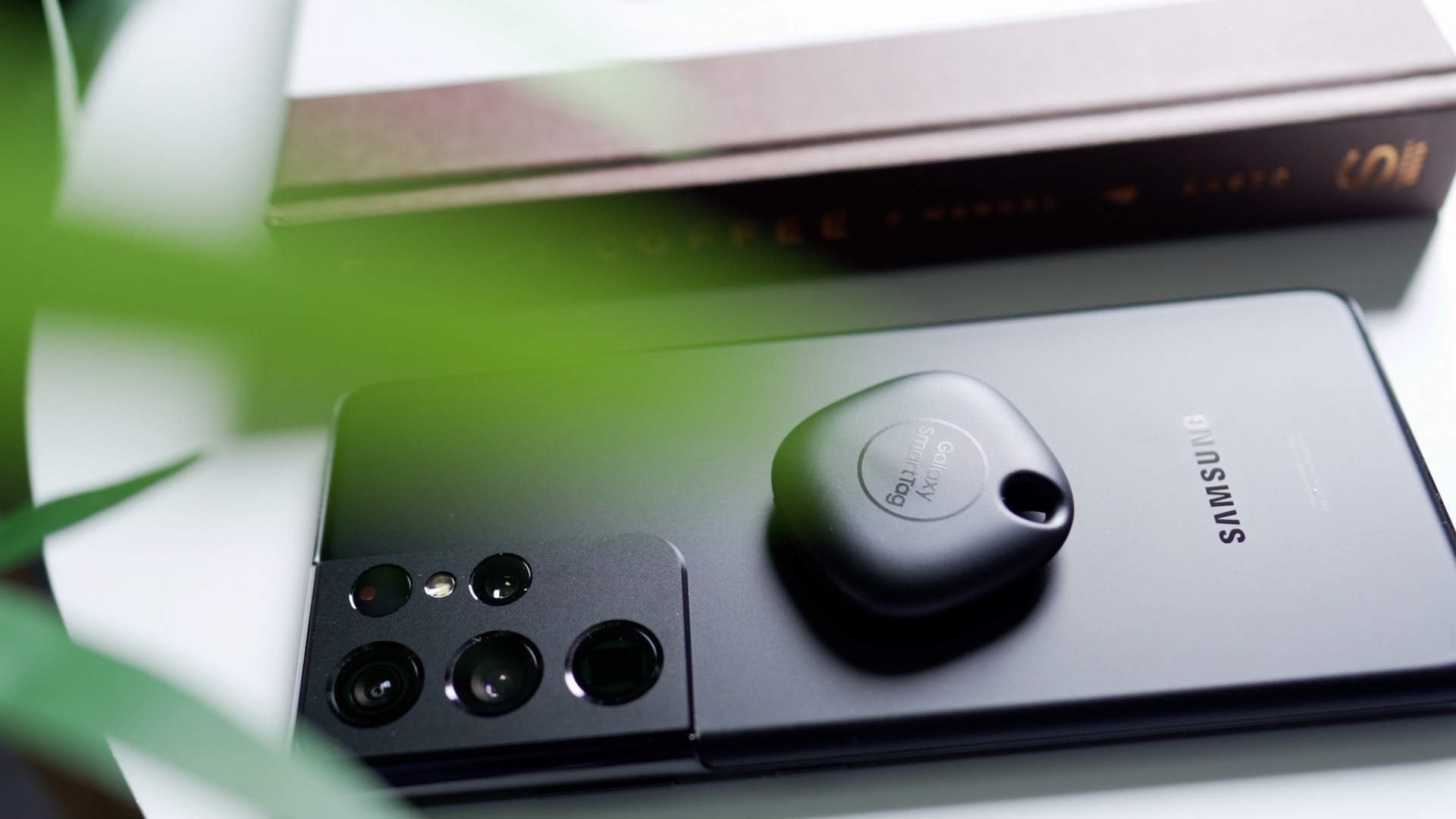 SmartTags are Bluetooth-based and need to connect to a device using Bluetooth for their location to be tracked. AirTags will also work over Bluetooth, but AirTags are expected to have an edge over the SmartTags because Apple is expected to take advantage of Ultra Wideband technology, which will utilize the U1 chip in recent iPhones to allow for more precise indoor positioning and tracking.

There's a little button on the SmartTag that can be tapped to play a sound on the phone, so if you lose your phone but have a SmartTag nearby, it'll help you find your lost device.

One neat SmartTag perk includes smart home control. The button on the SmartTag can be customized to control smart home devices through various long and short button presses. That's not something that's rumored for the AirTags, but it's possible that we could see Apple use the positioning functionality to interface with HomeKit devices through automations. 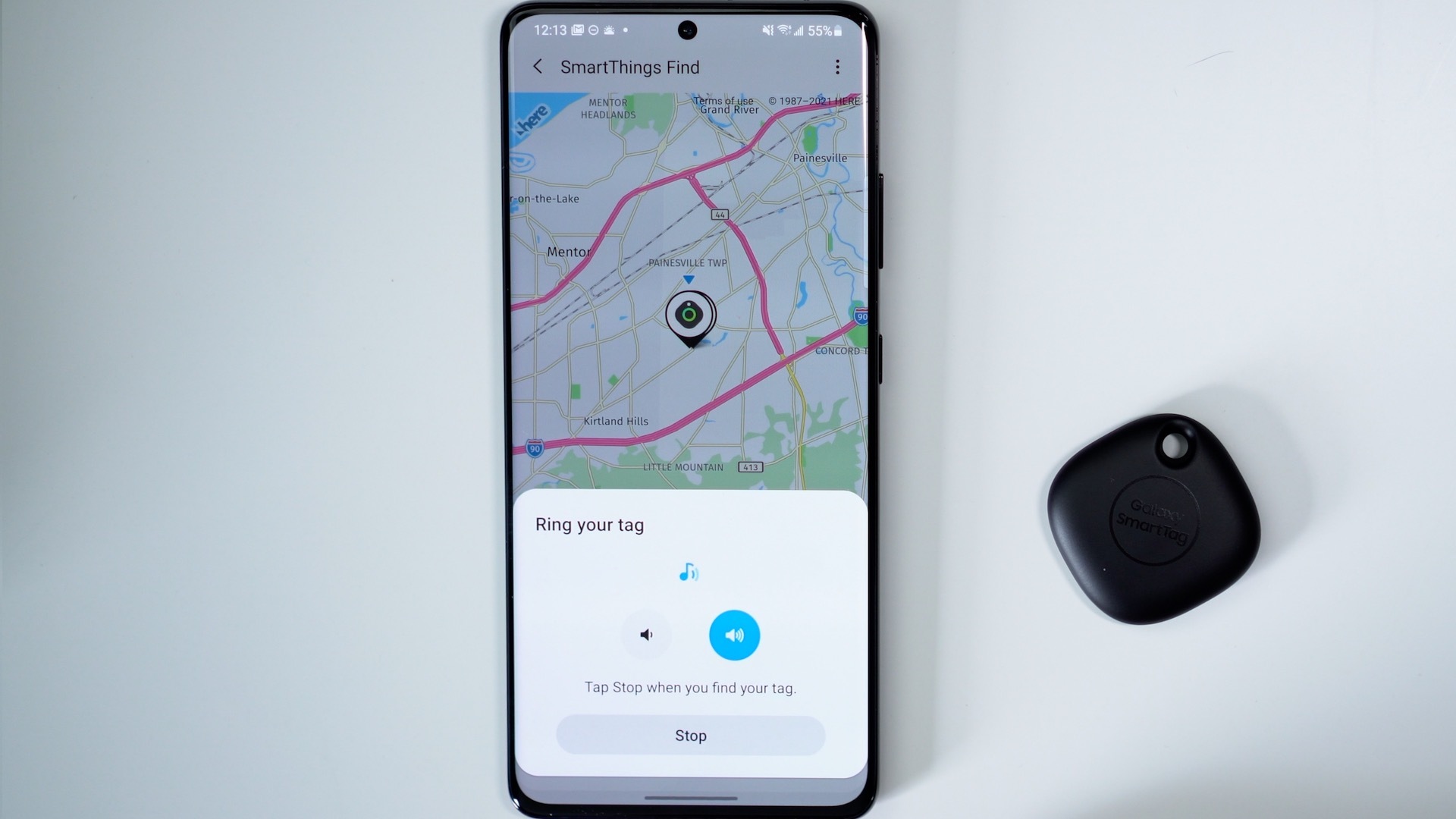 SmartTags are using a traditional CR2032 battery that's replaceable, and it's not yet clear what Apple's battery solution will be. There have been rumors that Apple will use rechargeable batteries and rumors of a replaceable battery, so we'll have to wait to see what Apple ends up implementing.

We've been waiting on the AirTags for a long time now, but multiple rumors have suggested that 2021 is the year we'll finally see a launch, so there's a possibility we may not have to wait too much longer to see Apple's solution.

Price wise, Samsung is charging $30 for the SmartTags, which is competitive with other offerings on the market. It's possible Apple will also aim for that general price point, but we don't really have word on what AirTags will cost.

SmartTags are useful for those who have Galaxy devices, but they don't have much of an edge over existing trackers from companies like Tile, so there's not much of a reason for an Apple user to pick up a SmartTag.

If you want people to stick it on their keyring at least try to make it tactile and possibly even exciting to have attached. This will add underwhelming bulk to a pocket. It frustrates me when designers are just so lazy and unimaginative like this.

My Tile Pro's have a nice metal edging and I can still get away with sticking one in my wallet - no chance of doing that with the Samsung one, it is 40% thicker.
Last edited: Jan 28, 2021
Reactions: dwsolberg and SMacDuff
M

why hasn't Tile started whining about not being included in the Samsung find my software? Did they give up on that tactic? It always was pretty stupid, they should have created the killer app that everyone wanted to use whether you used Tile or not.
Reactions: Tech for Kings, Complex757, SMacDuff and 9 others

But don't fret... AirTags are just around the corners' corner's corner. Next quarter!
Reactions: chemenski, ingik, miq and 11 others

Beating Apple to the proverbial tech punch doesn't really mean anything with this product.
Reactions: Tech for Kings, George Dawes, ingik and 4 others

How broke do you have to be to still own physical car keys? Just kidding, I'm that broke.
Reactions: Tech for Kings, Geckotek, miq and 11 others
E

Apple: "We took our time to make a quality product that people will actually want to use."
Reactions: 01jamcon, George Dawes, Complex757 and 8 others

From a privacy perspective, how bad of an idea is this, seeing as this is for android?
Reactions: George Dawes, DeepIn2U, SMacDuff and 3 others
S

Essentially adding another key fob to my key ring. No thanks. My skinny jeans will never stand for it! (JK. I don't own said jeans.)
Reactions: DeepIn2U and NMBob

Even implemented the “tags” in the name. Haha. I really hope that these airtags come in soon. AirTag is now recognized in the iOS keyboard dictionary, which is awesome. Hopefully that means a release is imminent
Reactions: mhnd
F

Apple's tags will not be $30 each - I can you tell you that right now.
Reactions: Geckotek, dwsolberg, The1n and 4 others
N

Those are way bigger than the ones they used in the movie Enemy Of The State.
Reactions: DeepIn2U

Years ago I used Tiles for a hot second - on my key ring and other items. While they may have improved, I found them clunky, the apps inefficient, and a waste of material. I’ve thought about Apple’s rumoured AirTags and what purpose they may serve my needs and honestly couldn’t think of any. All my devices are tracked with anti theft measures and a thief could simply remove the tag. My dog is chipped so there goes putting an AirTag on Spot’s collar idea. Maybe I could sneak one on my UPS drivers truck and never miss a delivery or FedEx throwing another flatscreen TV over a wall. ??‍♂️

All kidding aside, I see a solution for a problem that doesn’t exist and more ewaste polluting the planet.
Reactions: Geckotek and George Dawes

Seemingly, Apple began the development of the AirTags shortly after Woodstock.
Reactions: 2979382 and SMacDuff

Edsel said:
These 'tags" will have interesting applications. "Where is my: girl friend/boy friend/wife/husband"
Click to expand...

This occurred to me as well. Stalkers would have a field day with trackers on cars...
Reactions: DeepIn2U and Edsel
A

Where is the cheap tag to put on my $30 tag so I don't lose it if the battery runs out.

How accurate is the location finder? For example, can it pinpoint in what room of the house it's in? How about down to which side or corner of the room? I never lose anything but it'll be handy to attach to pets.
Reactions: JRobinsonJr

Look at the size of the bezels on that thing! And no headphone jack! Epic FAIL!!!
Reactions: Tech for Kings, Amon Ra, PowerMacBook and 1 other person
R

Apple: "We took our time to make a quality product that people will actually want to use."
Click to expand...

Boggles my mind how they manage to copy an already existing idea and completely mess it up. This thing is useless on so many levels compared to good old Tile.
Reactions: George Dawes, Amon Ra, SMacDuff and 1 other person
You must log in or register to reply here.
Share:
Facebook Twitter Reddit Email Share Link
Register on MacRumors! This sidebar will go away, and you'll see fewer ads.
Sign Up
Top Bottom