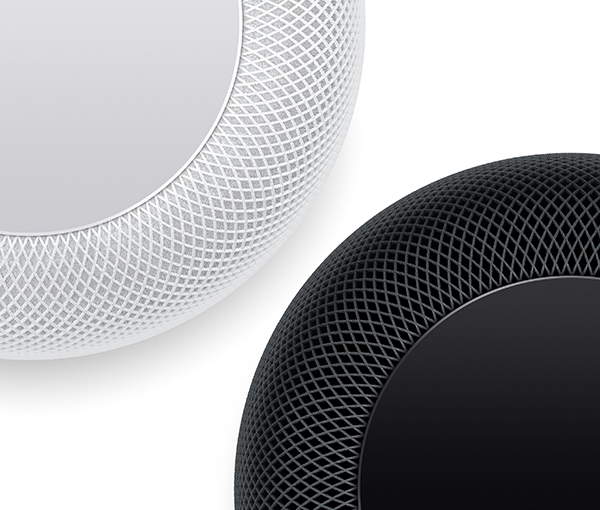 We've rounded up all of the first impressions we've come across so far, and highlighted some excerpts that we thought were interesting below. If you spot an article not listed here, let us know in the comments section.

The consensus is that the HomePod sounds very good, although some felt the quality isn't exactly worth the price. A few reporters were more impressed by upcoming stereo sound capabilities of two HomePods in the same room.

Keep in mind these listening demos were conducted by Apple in controlled environments, so we'll have to wait for more in-depth reviews once reporters and customers get the speaker into their hands and try it out.

After spending an hour demoing Apple's new HomePod smart speaker, I can say one thing with confidence: it sounds incredible.
Click to expand...

Overall, HomePod is both louder and better-sounding than I expected. The bass was strong without being too heavy, vocals were crisp and clear, and the overall sound felt somehow bright and energized. I also got a demo of a stereo setup using two HomePods -- that functionality is coming later on through a free update -- and was blown away. So while I can't give a definitive verdict until testing it for myself, I will say that HomePod gives a great first impression.
Click to expand...

We will have much more to say in a full review, but on first impressions while the HomePod looks great, is super simple to set up and is undoubtedly powerful, the sound produced does not immediately match up to its £319 price tag.
Click to expand...

What becomes immediately apparent is the formidable bass the HomePod kicks out. What's more, the sound remains constant as you walk around the room, no doubt thanks to those beam-forming tweeters. The vocals are clear as a bell, too. It's not all good news, however. There is a distinct lack of mid-range, leaving you feeling that something is missing in the mix.
Click to expand...

As advertised, the thing sounds great.
Click to expand...

Apple's engineers were able to get a lot of rich and full sound out of that little footprint. The speaker is particularly adept as isolating vocals and maintaining often muddled aural aspects, like background singers and audience sounds in live recordings.
Click to expand...

Ultimately, my initial impression is that the HomePod sounds very good for the type of speaker it is and it certainly stacks up well against the competition -- some of it less expensive, some of it more.
Click to expand...

But like all speakers, it has its limitations and the HomePod left me wanting for true stereo sound. Which is probably why the only time I got truly jazzed during the demo was when they paired the two HomePods together and delivered some real separation.
Click to expand...

While it's difficult to get a proper grasp of how a speaker sounds in a short space of time, a second listen to the HomePod reinforces my earlier favourable impressions.
Click to expand...

While at just under seven inches tall it's undoubtedly on the small side, it's capable of incredible volume, easily filling a room and reinforcing its house party credentials. This is particularly true when two of them pair to play the same song simultaneously: it's a bassy tour-de-force.
Click to expand...

Apple began accepting HomePod orders through its online store and Apple Store app on Friday in the United States, Australia, and United Kingdom, with the first deliveries to customers estimated to arrive Friday, February 9.

Update: A user on the audiophile subreddit who claims to have been present at Apple's listening demo believes the HomePod, based on its size and price, is significantly better than most bookshelf speakers under $1,000.

You get what you pay for.
Reactions: Wildhope, LandRovers, Tubamajuba and 4 others
Comment

Well this will quiet the complaints from the self-appointed 'audiophiles'.

Sure. Two would be great. But $700 plus tax.
Reactions: tongxinshe, piecloud, brendu and 12 others
Comment

The biggest feature is stereo sound? Lol
Reactions: MrkJensen, dvhoosier, tongxinshe and 24 others
Comment
B

ck2875 said:
Well this will quiet the complaints from the self-appointed 'audiophiles'.

My $10,000 Martin Logan Static Dryer Sheet powered speakers would like to have a word with you.

budselectjr said:
My $10,000 Martin Logan Static Dryer Sheet powered speakers would like to have a word with you.

Good for you. But for people that use Siri then it’s great. Does Alexa have Siri? No. So why would you expect this to have Alexa?
Reactions: Wildhope, Basstutum, pharleff and 71 others
Comment
C

Sounds like Alexa is your go-to solution. You two have fun together, but not too much!
Reactions: MrkJensen, Mal_R, David G. and 32 others
Comment
D

Can’t you stream Spotify onto the HomePod?
Reactions: HopefulHumanist, eltoslightfoot, MrUNIMOG and 8 others
Comment
B

Free units often get good reviews. Don't want to cut the hand that feeds you right?
I'll wait for paying users to post some reviews.
Reactions: tongxinshe, macaronie, flowave and 34 others
Comment

I was under the impression it shows up as an airplay device.. so how exactly is it limited to Apple Music?

You can still stream Spotify etc through AirPlay.

I have a few airport expresses connected to decent sets of studio monitors, my surround sound system and a stereo system. Pick any speakers you want or already have...

The stereo has digital in and a decent DAC. Others by 3.5mm jack.

Multi room works great from iTunes (but not iOS unless the airport express gets airplay2) and has FOR YEARS! I use the remote app to play from iTunes rather than playing from the device itself.
Reactions: sofila, jjhny, edubya and 5 others
Comment

lcseds said:
Free units often get good reviews. Don't want to cut the hand that feeds you right?
I'll wait for paying users to post some reviews.
Click to expand...

I don't really consider these "Reviews." These are more hands on or first impressions by demoing. None the less, I would say the HomePod has some initial positive feedback thus far. I expect user reviews to be very promising, which I to prefer user reviews Over journalists or critics.
Reactions: LandRovers, wlossw, OllyW and 3 others
Comment

budselectjr said:
My $10,000 Martin Logan Static Dryer Sheet powered speakers would like to have a word with you.

My $30000 Duntech Crown Sovereigns want to cash u outside, how 'bout that?
But in all seriousness, after the $5k point, you begin encountering seriously diminishing returns.
Reactions: eltoslightfoot, Mc0, Jesse Waugh and 3 others
Comment
G

unobtainium said:
Sure. Two would be great. But $700 plus tax.
Click to expand...

I know, right? So cheap for a set of great stereo speakers. (no, no "/s" on this one)
Reactions: Kawawolf, the future, WBRacing and 12 others
Comment

I been waiting years for that model to be available.
Reactions: Jesse Waugh and Applebot1
Comment

There is no such thing as "true stereo sound". Stereo sound is not "true". Stereo sound is an attempt to approximate the correct listening experience by producing sound from two different positions. HomePod approximates the correct listening experience in a different way. It will not be equal to stereo sound, and it won't try to make it equal. The questions isn't whether it's the same, but whether it is as good as stereo.
[doublepost=1517102281][/doublepost]

fpsBeaTt said:
My $30000 Duntech Crown Sovereigns want to cash u outside, how 'bout that?
But in all seriousness, after the $5k point, you begin encountering seriously diminishing returns.
Click to expand...

-BigMac- said:
I was under the impression it shows up as an airplay device.. so how exactly is it limited to Apple Music?

You can still stream Spotify etc through AirPlay.

According to Tom's Hardware, if it's playing through AirPlay, it's not worth it. If you find that opinion strange, so do I.
Reactions: Sill, WhiteHawk, MrUNIMOG and 4 others
Comment
A

The speaker is only 7 inches tall and people are talking about its bass response...that's pretty good.
Reactions: eltoslightfoot, Avieshek and MrUNIMOG
Comment

I’m getting two HomePos. I hope the update that will allow for pairing two of them is not too far ahead from February 9th...
Reactions: LandRovers, eltoslightfoot and Avieshek
Comment

Apple has advertised this as capable of replacing a much larger and expensive audio system so it better be very good.
Reactions: Avieshek
Comment