iPhone 5 to Launch at End of June? 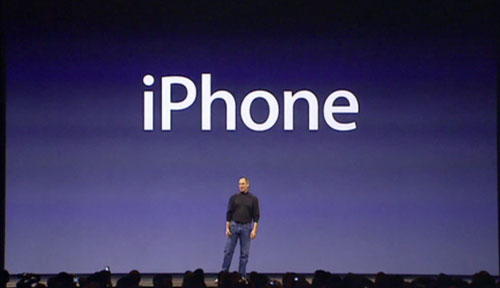 ETNews, however, claims that the news of a late June iPhone 5 release comes with confirmation that Korean providers SK Telecom and KT will be amongst the first carriers to offer the new iPhone

Instead of a WWDC launch, Apple is expected to hold a special media event featuring Steve Jobs himself.

The sourcing of the article is a little suspect, as it appears to be attributing the information to Apple, itself. It also contradicts the "fall" timeframe that has been previously proposed for the next iPhone release. Mobile carriers, however, have been a source of some early release information, as new phones launches must be coordinated. In 2008, Telecom Italia's executive VP of technology revealed the timeframe of the 3G iPhone. Finally worth noting is that the story was also posted to etnews.co.uk on April 1st, though there is no indication that it was meant as an April Fools joke. We've contacted the author but have not yet received a reply.

Article Link: iPhone 5 to Launch at End of June?

Fantastic! I really do hope so, but then again, a KR site? "lul" much? What do Korean's know that the rest of the world don't?

EDIT: Okay fair enough on what the Korean's know, that the rest of the world don't!
Last edited: Apr 5, 2011

As much as I want to believe, loop insight has a much better record for these things.
D

it would make no sense for them to change that

A random MacRumor member can tell you the iPhone is normally coming out at the end of June.

Sounds a little far fetched to me. Though I would like for it to be true.

Apple has made a lot of hardware announcements at WWDC in the past. If the iPhone is coming at the end of June, I'd expect the announcement to be made at the conference.

Sounds good to me. Might as well keep it the same. Hope they let early upgrades for Verizon!
F

I'll believe it when I see it. Till then, I'm enjoying my iPhone4

Very interesting as all of the rumours so far have not led us to believe a new iPhone will be coming this summer.

Coasterfanryan said:
Sounds good to me. Might as well keep it the same. Hope they let early upgrades for Verizon!
Click to expand...

I'll be here all week!

Well its always been a phone a year.

Now begin the rumors of what the phone has.

OMGEEE Yes!
I hope its a bit more than an iPhone 4 with an A5 and better camera in it. Mainly, I hope iOS5 delivers.

Every year, new iPhone around June.

Why would it be otherwise?

Atleast there is something good about DELAY rumors... they push for real release date rumors and more info on the new product.

Stocks go down and people start looking towards other products when delay rumors surface. So the pressure to bring other realistic release date comes out

I sure hope so, I can't live with my dumb phone anymore.

In other words: "Maybe."
Maybe it will be released at the end of June.

Full of Win said:
As much as I want to believe, loop insight has a much better record for these things.
Click to expand...

this doesn't contradict loop insight at all.

they said no iPhone 5 at WWDC. This is saying iPhone 5 is coming shortly after WWDC.

There will be a lot of unhappy customers if there isn't a new iPhone this June, people have come to expect a new one every summer.
A

Korean media just pulls this stuff right out their rear end. I'm not being racist or anything - I'm Korean myself and I'm talking from experience.
F

Assuming they can get the supply chain worked out it would really be ideal for them to come out with the iPhone 5 by the end of June. They are beginning to see some of their market share shrink with some of the new Android phones and giving them another 6 months of new and better will not make shareholders happy.

Increase the memory, slap in the A5, update iPhoto and the map and call it good.
S

WillEH said:
Fantastic! I really do hope so, but then again, a KR site? "lul" much? What do Korean's know that the rest of the world don't?
Click to expand...

They make your gadgets [parts]. They're also among the most intelligent people in the world.