A new feature of the upcoming "iPhone 6s" and "iPhone 6s Plus" will be a collection of improved animated wallpapers for the smartphones' lock screen, according to a few sources speaking with 9to5Mac. The designs of the wallpapers will be similar to the "Motion" watch faces seen on the Apple Watch, with the suggested hint that each animation will dynamically change and animate every time the user wakes their phone to interact with it. 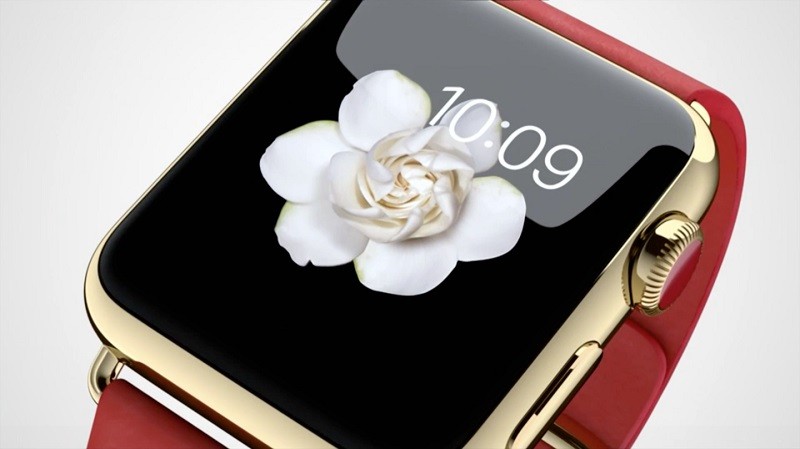 The new themes will range from fish in a koi pond to different color smoke clouds, the latter of which are suggested as becoming animated versions of the static backgrounds that got added in an iOS 9 beta update earlier in the month. The same sources do warn the feature could have been dropped at the last second, but a questionable leaked photo of a purported iPhone 6s Plus box -- which does in fact showcase a koi pond-like fish image -- could point to the feature's inclusion in the new line of iPhones.

Apple introduced dynamic wallpapers in iOS 7, but the options were limited, with one theme stretching over seven different color choices. Today's report suggests the company could be going into as deep and obsessive detail of capturing unique and interesting lock screen images as it did for the Apple Watch. Including a few in-depth photos and videos shared with us, news and rumors surrounding the next-generation of iPhone have begun pointing towards a September 9 media reveal for the devices, with a launch a week-and-a-half later on September 18.

"fish in a koi pond" wallpaper? So the sketchy "box of the iPhone 6s" actually makes sense!
Reactions: Jstuts5797, techguy9 and Darrensk8

Surely this means it has to be oled??
Reactions: dampfnudel, TropN, SvP and 5 others
I

I guess this means they dropped the

and added the 6s in the retail box after all.

Also, would this mean that there's a chance for an OLED display, since Jony Ive has previously said that the "magic" from these Apple Watch animated wallpapers were only possible with that technology? If it does, I hope they go 1080p.
Last edited: Aug 27, 2015
Reactions: dampfnudel, Jetcat3, Oblivious.Robot and 5 others

OK, now I'm just waiting for the typical MR whiners to come on here and complain about... wallpapers.
Reactions: Keane16, Oblivious.Robot, unobtainium and 7 others

I hope it's not only an iPhone 6s feature.
Reactions: Playgear, TropN, jjm3 and 9 others

So excited for this. Love these watch faces, can't wait to see them on the phone. Guess this means OLED? Hope the jellyfish wallpaper is available.
Reactions: Karma*Police, fullauto, PhillyGuy72 and 2 others

Called it in the "new iPhone box" thread! Hah!


peterdevries said:
Since many apple rumor sites would pick it up and link through, it could be a nice way to collect some page impression revenue. I don't see many other reasons though.

Maybe (if it is not fake) this is a possible indication that the iPhone gets life-wallpaper with a goldfish as on the watch with the jellyfish.
Click to expand...

Reactions: Keane16, optophobia, Jetcat3 and 10 others
I

I had animated background on my Amiga in 1987 or so. It was interesting for about two minutes.
Reactions: MacMulti, timborama, entropi and 1 other person

Hopefully that will mean an OLED display. Interesting feature if true.
Reactions: scapegoat81

Is it me or does Apple seem to be going all out on this S version of the iPhone? So far we have (as rumours until Apple announce)

womder if Apple will be updating other products as much at their September event. It will be interesting to see what happens.
Reactions: Jstuts5797, dampfnudel, Jetcat3 and 5 others

iolinux333 said:
I had animated background on my Amiga in 1987 or so. It was interesting for about two minutes.
Click to expand...

Hopefully you won't be staring at your lock screen for 2 minutes. (I view my lock screen about 0.5 seconds each time I turn on the phone, on average).

I'm still trying to figure out why I need the ability to slightly shift my icons on the home screen for a 3D effect.

Wallpapers tend to be something personal, and it's the first thing I change when I get a new iOS device. The ability to have dynamic wallpapers has long term implications for future uses, but generally, no this is not a feature.

Jony Ive called the iDevices screens "old fashioned" after the Watch was introduced. It's hard to imagine a senior Apple executive doing that unless there was about to be a major overhaul.
Reactions: Jetcat3 and RogerWilco
B

If OLED, what can some explain advantages? Thx.
Reactions: scapegoat81

The white background wallpapers don't really give any credence to having OLED screens. Also, the current 6 black is dark enough to almost match the bezel, like the pink flower wallpaper that they use in the marketing. I'm not counting on OLED.
Reactions: eagleglen

Dave245 said:
Is it me or does Apple seem to be going all out on this S version of the iPhone? So far we have (as rumours until Apple announce)
Click to expand...

It will be interesting. As the smartphone sector matures and Apple also entered that market with large screen phones, the market has become much more homogeneous. It will mean that customers might move much more easily between manufacturers than before, as features and prices become more equal. With real new and disruptive features taking longer and longer to be introduced, everyone will need to step up their game in terms of specs, as that will be the ground where the battle will be fought from now on.
Reactions: Dave245
O

My number one feature request at the moment for iOS is a randomly changing wallpaper based on a particular album, for example change the wallpaper every day at midnight. I keep having to manually switch the pictures of my kids every week .
Reactions: ardent73, optophobia, Sandstorm and 1 other person

odedia said:
My number one feature request at the moment for iOS is a randomly changing wallpaper based on a particular album, for example change the wallpaper every day at midnight. I keep having to manually switch the pictures of my kids every week .
Click to expand...

How many kids do you have?
Reactions: CJM, fullauto, unobtainium and 1 other person

odedia said:
My number one feature request at the moment for iOS is a randomly changing wallpaper based on a particular album, for example change the wallpaper every day at midnight. I keep having to manually switch the pictures of my kids every week .
Click to expand...

I don't think that is far off. As with everything iOS, it's about battery. Android has been doing these types of motion wallpapers for a while at the expense of battery life.
Reactions: Jstuts5797, big-ted, thekeyring and 1 other person
K

navaira said:
I wonder how fast the battery will drain.
Click to expand...