Apple has reportedly asked its suppliers to reduce iPhone 8 and iPhone 8 Plus production by nearly 50 percent in November and December, according to Reuters, which cited Taiwan's Economic Daily News. 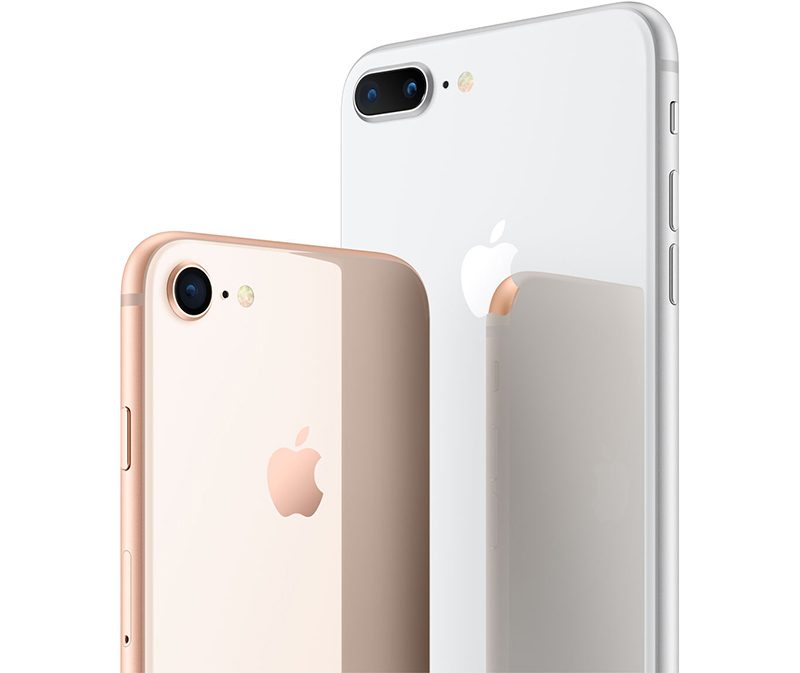 The report quotes an unnamed source who claims it is the first time in the iPhone's history that new models face a major cutback so shortly after mass production began. iPhone 8 and iPhone 8 Plus officially went on sale September 22.

Apple shares declined around 1.5 percent in pre-market trading as investors reacted to concerns about low sales of the devices.

Apple hasn't revealed iPhone 8 and iPhone 8 Plus sales numbers. The company will report its fourth quarter earnings results on November 2, including iPhone sales, but it doesn't break out the number on a model-by-model basis.

Even if iPhone 8 and iPhone 8 Plus sales have in fact been lower than expected, it could be a sign of pent up demand for the upcoming iPhone X.

With an OLED display, nearly 82 percent screen-to-body ratio, and a TrueDepth camera system powering 3D facial recognition features like Face ID and Animoji, the iPhone X is unlike any other smartphone Apple has ever sold.

"Apple is taking the iPhone franchise to a whole new level with the iPhone X," said Apple analyst Brian White. "We continue to believe Apple's stock will not only benefit from this iPhone cycle but also the company's capital distribution initiative, attractive valuation, and potential new innovations."

Industry observers are patiently waiting to see how many customers are holding out to purchase the flagship smartphone when pre-orders begin October 27. iPhone X officially launches November 3, starting at $999 in the United States.

Glad I got mine already!
Reactions: sdz, JungleNYC, Surfer13134 and 7 others

So there will be plenty of iPhone Xs then.
Otherwise why would Apple cut 8 production?
Reactions: Breaking Good, DUIduckSAUCE, Avieshek and 7 others

Will be interesting to see if the slow X production can make up the demand over time.

50 percent is a hell of a cut....
Reactions: Aldaris, -BigMac-, thejadedmonkey and 1 other person
P

Delgibbons said:
Will be interesting to see if the slow X production can make up the demand over time.

A half glanced at notification made me think it was a price cut..........
Reactions: iKrl, Wowereit, Jamalien and 6 others
X

Super happy with my iPhone 8 Plus! I ordered it about a week after launch and received it 2 days later.
Reactions: JungleNYC, ILikeAllOS, joeblow7777 and 7 others

What's the iPhone 8 again? Oh yeah, that was the last gen.
Reactions: bmot, CarpalMac, Gameboy70 and 25 others
A

They cut production because the new reports are saying that suppliers will in fact be able to meet demand for the new iPhone Xs.
Reactions: WWPD

While I enjoy my 8 Plus very much, it doesn't compare to a new design and an OLED screen (finally).

So many of us waiting for the X with open arms. Pre-orders and launch day are going to be a mad house.
Reactions: Pufichek

Rumors say that 7 is outselling the 8. Makes sense to me, I don't get 8 existence at all if 7 is still being sold.
Reactions: Doc Evils, Cameroncafe10a, aylk and 14 others

Even if iPhone 8 and iPhone 8 Plus sales have in fact been lower than expected, it could be a sign of pent up demand for the upcoming iPhone X.
Click to expand...

You don't need to be a rocket scientist to work that one out.
Reactions: ronno

The X is only $200 more than the 8 Plus. Now with monthly payment plans it's minor cost difference each month. This is not a surprise at all...
Reactions: bmot, cbaca51, AdonisSMU and 4 others

The 8 is whatever. Counting down the days to the X.
Reactions: iKrl, rafark, rgarjr and 2 others

None of this is really surprising. The X is the "it" iPhone this year.
Reactions: TroyJam and tridley68
X

Just because production is cut does not mean there won't already be sufficient inventory. Apple might temporarily be cutting production by 50% and selling stocked up inventory while using the 50% capacity to increase iphone x production.

polbit said:
Rumors say that 7 is outselling the 8. Makes sense to me, I don't get 8 existence at all if 7 is still being sold.
Click to expand...

While the 7 and 8 are almost identical in design, the 8 does bring a few improved features like wireless charging, improved camera and a greatly improved CPU. Also a source of the rumors would be nice.
Reactions: unobtainium
I

Not buying another iPhone until it has 3GB of memory. 2GB is fine, for now. I don't care about any of the other features/screen technology, I care how it performs.
Reactions: booksacool1
D

The iPhone 8 exists because they were unable to deliver on the X at the time of the "regular" announcement. That would have been a complete mess if they held the event with nothing to say but "we may be ably to deliver a limited number of new iPhones in November-ish..." They had to have a product to go with the event and the 8 fit that bill.

Now that they have better clarity on the ability to produce and deliver the X, the 8 is no longer necessary.

That 1.5% drop today is noise. The shares are up considerably more than that since the last iPhone event.

Once the X's start hitting the street this will all be forgotten.

This isn't unprecedented. Apple is doing the same type of release with the Mac mini, only, it is over a much longer time scale.
Reactions: HobeSoundDarryl

Let's see if the X will live to its expectations and sell well
Demand may be met due to lack of orders.
Just saying..
Reactions: aylk, realeric and madKIR

This reminds me of that time the WSJ ran a front page headline claiming iPhone 5S production was being cut way back. Of course the stock tanked on the day and everyone was OMG this proves Apple is doomed. Of course from all we know the story was bogus but it doesn’t matter as people believe what they want to believe. And the press always believes Apple is doomed. This quarter might be good but next quarter will be bad. And if next quarter is good then it’s the quarter after that that will be bad. Just perpetual doom.
Reactions: sdz, ravenstar and szabogabor10

Seems pretty straightforward to me. They're redirecting production capacity to the X.
R

I mean why in the hell would you buy an iPhone 8 when it's about to be outdated (in terms of design).

iPhone X is a superior design. It's new, it's fresh. I'm not sure why Apple thinks they can get away with releasing phones with the same design for 4 years in a row. Granted, there's only so much you can do with a rectangle, but still.
Reactions: bmot, booksacool1, levans80 and 1 other person

RightMACatU said:
What's the iPhone 8 again? Oh yeah, that was the last gen.
Click to expand...

This may be only half of the the story. A 50% cut in iPhone 8 production could be in order to move those production lines to iPhone X production.

Razeus said:
I mean why in the hell would you buy an iPhone 8 when it's about to be outdated (in terms of design)
Click to expand...