An Italian clothing company that uses the name "Steve Jobs" as its brand will be able to continue using the moniker after winning a multi-year legal battle, reports Italian site la Repubblica Napoli (via The Verge).

Brothers Vincenzo and Giacomo Barbato named their clothing brand "Steve Jobs" in 2012 after learning that Apple had not trademarked his name. 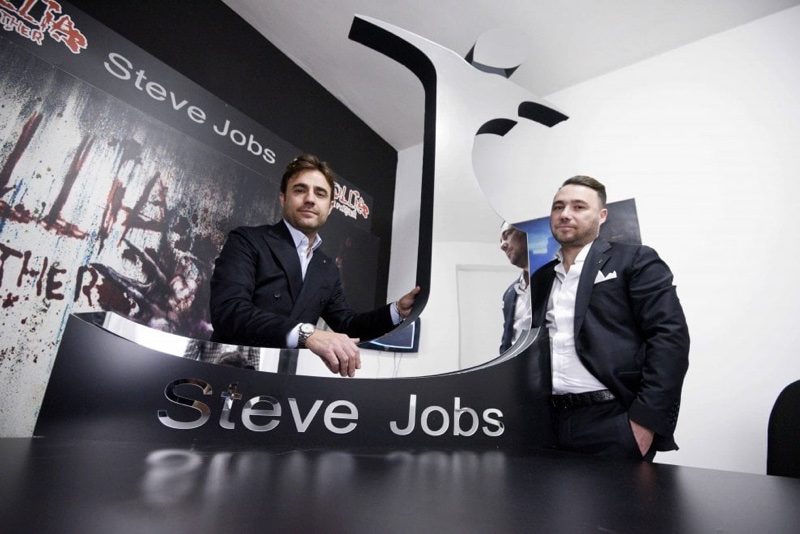 The Barbatos designed a logo that resembles Apple's own, choosing the letter "J" with a bite taken out of the side. Apple, of course, sued the two brothers for using Jobs' name and a logo that mimics the Apple logo. In 2014, the European Union's Intellectual Property Office ruled in favor of the Barbatos and rejected Apple's trademark opposition.

While the outcome of the legal battle was decided in 2014, Vincenzo and Giacomo Barbato have been unable to discuss the case until now, as their claim on the brand was not settled until 2017.

The two told la Repubblica Napoli that Apple went after the logo, something that may have been a mistake. The Intellectual Property Office decided that the "J" logo that appears bitten was not infringing on Apple's own designs as a letter is not edible and thus the cutout in the letter cannot be perceived as a bite. 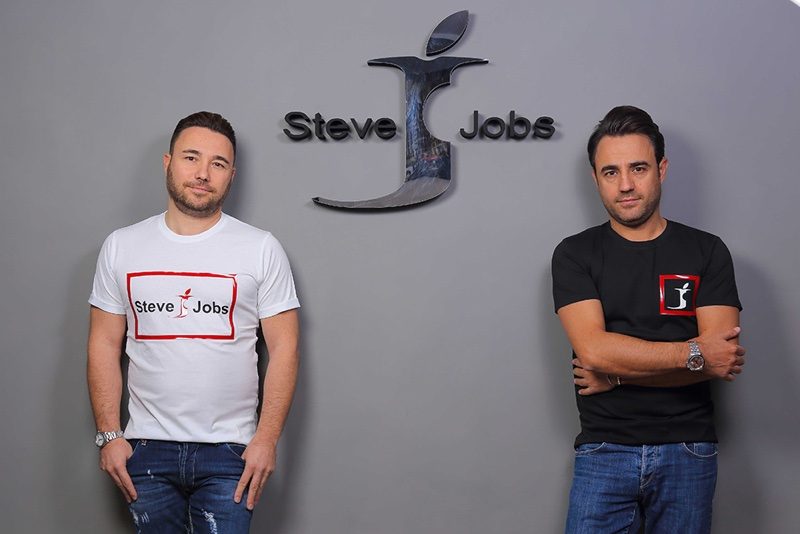 Image via Business Insider Italia​
While the Barbatos currently produce bags, t-shirts, jeans, and other clothing and fashion items, they told Business Insider Italia that in the future, they plan to produce electronic devices under the Steve Jobs brand. "We are working on a line of highly innovative electronic devices, projects we have been working on for years," said the two.

Perhaps instead of trying to make electronics they try to make clothes that aren’t so cheap looking.
Reactions: jimi78, Wildhope, fonzy91 and 34 others

The least they could do is sell a black turtleneck.
Reactions: jimi78, gniltaws, wcroadie and 75 others

Eh, I usually side with the little guys in a dispute against a giant like Apple, but I think in this case, this is a clear and cut ripoff of the customer, who will unmistakably associate this brand with Apple itself. If they need the "Steve Jobs" name and the clear ripoff of an Apple logo to sell their merchandise, it must not be all that great.
Reactions: gniltaws, tCdemon, wcroadie and 75 others

Steve would not have approved of their design
Reactions: gniltaws, Lioness~, Jynto and 22 others

Wow. Having been on the receiving end of a another company stealing my intellectual property, I feel like this is clearly a ripoff. I mean, would it have been granted if Jobs were still alive? I wonder if Steve's widow might personally go after them for the use of their name.
Reactions: levifig, MacBergin, needfx and 14 others

This is a shame. And your article is a nice free ad for them.
Reactions: SoN1NjA, fab.zed, Luap and 13 others
S

Usually, Italians are so fashionable...not the case here.
Reactions: tCdemon, idmean, dilbert99 and 20 others
X

That logo is horrible.
Reactions: mixxster, omenatarhuri, dilbert99 and 52 others

what a couple of jabronies. their clothes don’t even look good...this is why italy is no longer known for innovation.
Reactions: Nipperserphil, TrentS, riomp300 and 6 others

Douche Brothers Clothing seems more accurate. The shirts they are wearing look as classy as the 2 for $10 ones DC street vendors sell. That aside, if they are going to make Steve Job brand clothing then their entire line up should consist of black jeans and black mock turtle neck shirts. They'd be wise to rename their line Bill Gates.
Reactions: GrumpyMom, JeffSmith, riomp300 and 18 others
2

I hope they fail big.
Reactions: StumpJumper, TheHammer, keysofanxiety and 9 others

Does anybody know how to say “hideous” in Italian?

They both need some Apple Watch to help them do some exercises. Did you noticed one of them is trying to hide the belly?
Reactions: ikir and vista.john

Finding loopholes to steal brands is not "market research"
Reactions: dav1dd, machumors90, shartypants and 27 others

Laurene should sue them, there are probably a number of ways she could get them to stop on perpetual legal claims they could not afford
Reactions: keysofanxiety, eastmanweb, imageWIS and 5 others
T

Tasteless all over.
Reactions: dav1dd, Luap, StumpJumper and 11 others

daninazza said:
This is a shame. And your article is a nice free ad for them.
Click to expand...

Really? Report the news and it’s now a free ad?
Reactions: rezwits, needfx, suns93 and 3 others

Tasteless. Hope to see them fail in the very near future.
Reactions: machumors90, StumpJumper, keysofanxiety and 6 others

Well there have been a lot of dumb things to come out of 2017 but the year clearly is not over yet.
Reactions: rdas7, needfx, Avieshek and 1 other person
S

MacRumors said:
"We are working on a line of highly innovative electronic devices, projects we have been working on for years"
Click to expand...

What a couple of douche canoes. No offense to the normal level of douche canoe that is out and about this fine Thursday.
Reactions: blacktape242, rdas7, TrentS and 8 others

I cannot believe that a real trial went in favor to this two scums.

Please! This is a shame!

So could you just trademark “jony ive” and make “aIfones” or “ipudz?