LG is considering exiting the smartphone business entirely amid declining shipments and accrued losses of $4.5 billion over the past five years (via The Korea Herald). 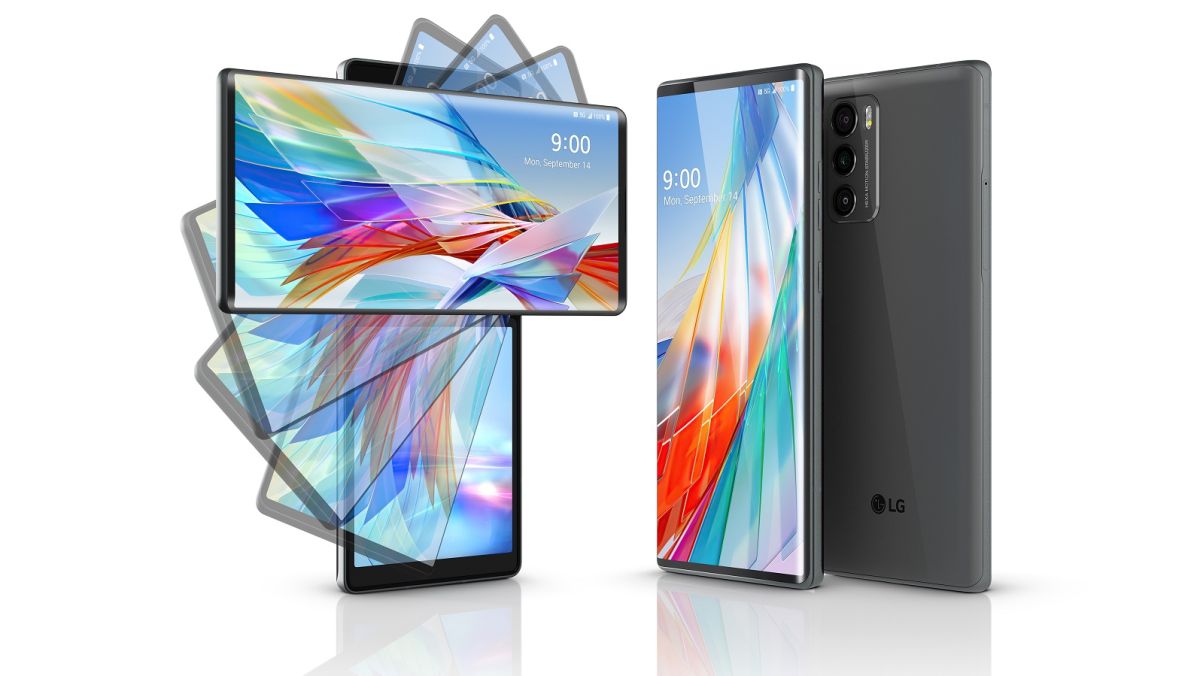 LG CEO Kwon Bong-Seok cautioned staff earlier today that the company is re-evaluating its presence in the smartphone industry:

Since the competition in the global market for mobile devices is getting fiercer, it is about time for LG to make a cold judgment and the best choice. The company is considering all possible measures, including sale, withdrawal and downsizing of the smartphone business.
Click to expand...

He added that regardless of any change, the company will retain its current employees from the smartphone division and reassign them elsewhere.

LG has seen rapidly declining smartphone shipments in recent years, and the company is now believed to hold a market share of just two percent. LG has posted major financial shortfalls in its smartphone segment for 23 consecutive quarters, reaching a total loss of $4.5 billion.

When taking office as CEO in January 2020, Kwon pledged to turn the company's smartphone business around. The CEO's latest comments therefore appear to be an admission of failure to make the segment profitable.

At the same time, LG is reportedly ending its production of LCD displays for the iPhone, according to The Elec. LG Display had previously attempted to supply LCDs for the second-generation iPhone SE, but failed to meet Apple's requirements, leading to Japan Display and Sharp being selected as suppliers instead. LG's factory that previously made the components will be repurposed to manufacture automobile display panels.

Earlier this month, LG unveiled one of the world's first rollable smartphones at CES, as the company has endeavored to explore unusual designs to lure in customers. The future of this device, and other LG smartphones such as the LG Velvet and LG Wing, are now highly uncertain.

I can’t say I’m really surprised. How often do you see LG phones out in the wild?
Reactions: Icaras, Jxdawg, lostczech and 8 others
S

LG phones are not far behind from Samsung's in terms of quality. The problem has always been the sheer incompetence of LG marketing team.
Reactions: thekev, matthew12, GrumpyMom and 24 others

LG makes a solid device, that’s not the problem why they’re departing. They just can’t establish themselves in competition against Apple and Samsung, being those are predominant. Plus, they barely have any marketing from a consumer standpoint, which they only see what’s in front of them, which has been Apple and Samsung through billboards, commercials and carriers. So in someways, they’ve not been aggressive enough and put themselves in this situation.
Reactions: thekev, GrumpyMom, SMacDuff and 15 others
S

...as the company has endeavored to explore usual designs to lure in customers.
Click to expand...

I’m guessing that should be “unusual” or “unique”.
Reactions: BlindBandit and Mike_Trivisonno

AppleTO said:
I can’t say I’m really surprised. How often do you see LG phones out in the wild?
Click to expand...

I have a coworker who only gets LG phones. They always have problems.
Reactions: BlindBandit, Big Ron and Mike_Trivisonno
G

LG phones are not bad at all. They should be able to sell this business to a company with the marketing power to allow it to better compete -- perhaps a company wanting to build out or expand its own ecosystem.
Reactions: motulist, Big Ron and Mike_Trivisonno

ghostface147 said:
I have a coworker who only gets LG phones. They always have problems.
Click to expand...

Which model(s)? What kind of problems? There’s been multiple threads on this forum where members have had excellent experiences with LG over the years. That’s one person you’re referencing out of how many own LG phones.
Reactions: ingik, motulist, G5isAlive and 6 others

Geepaw said:
LG phones are not bad at all. They should be able to sell this business to a company with the marketing power to allow it to better compete -- perhaps a company wanting to build out or expand its own ecosystem.
Click to expand...

Apple should buy them and start an Android line. Play both sides to sell services.
Reactions: cubeover, GrumpyMom, planteater and 12 others
D

AppleTO said:
I can’t say I’m really surprised. How often do you see LG phones out in the wild?
Click to expand...

Same could be said about Google Pixel devices. I have never seen one besides on YouTube videos

LG G2 was a great device. Probably the best android at it's time.
Reactions: ingik, motulist and avtella

Maybe they should spend less time on inventing products like the LG Wing and instead focus on making their phones popular with customers again. A company that faces declining sales simply cannot afford to bring such a niche gimmicky product to market.
Reactions: SnakeEater1993, alejandrooo and BlindBandit

That's too bad....They made some great devices. I really liked the few I had.
Reactions: Captain Trips, Mikec73 and motulist

While I never had or been tempted to get an LG phone, I was always happy they were in the market (both for innovation ideas and competition). Losing $4.5 billion though over the last 23 quarters seems like it would give most any investor pause.

I wonder if, in the near future, the only legitimate smartphone choices left for American consumers will be Apple, Samsung, and Google? 🤔
Reactions: GrumpyMom, SnakeEater1993, BlindBandit and 1 other person

ghostface147 said:
I have a coworker who only gets LG phones. They always have problems.
Click to expand...

Anyone remember (Lucky) Goldstar brand??? one and the same.
Reactions: magicman32, decypher44 and Morod
A

There’s this faux perception on this forum that if you do a good, best-in-class, outstanding, revolutionary or otherwise killer product you automatically will be successful as a business. Things are much more complex than that thou.

Even if you sell massive amounts of a product and gain sizable market share, you can still be bleeding money and not be viable.

This is not about LG not innovating, not doing great phones and quality builds, I would say it has nothing to do with sells being low even, or not marketing properly.

The premium bracket of smartphones is cornered with Apple taking in 80-90% of the profits of the whole worldwide smartphone business and the rest 20-10% left to scramble by a myriad of manufacturers on all price brackets, from $50-80 USD borderline dumb android phones all the way up to $2K foldables.

Think about this for a second. Then, include all the emerging value-oriented Chinese manufaturers into the equation and you’ll see how even Samsung might be in trouble going forward. 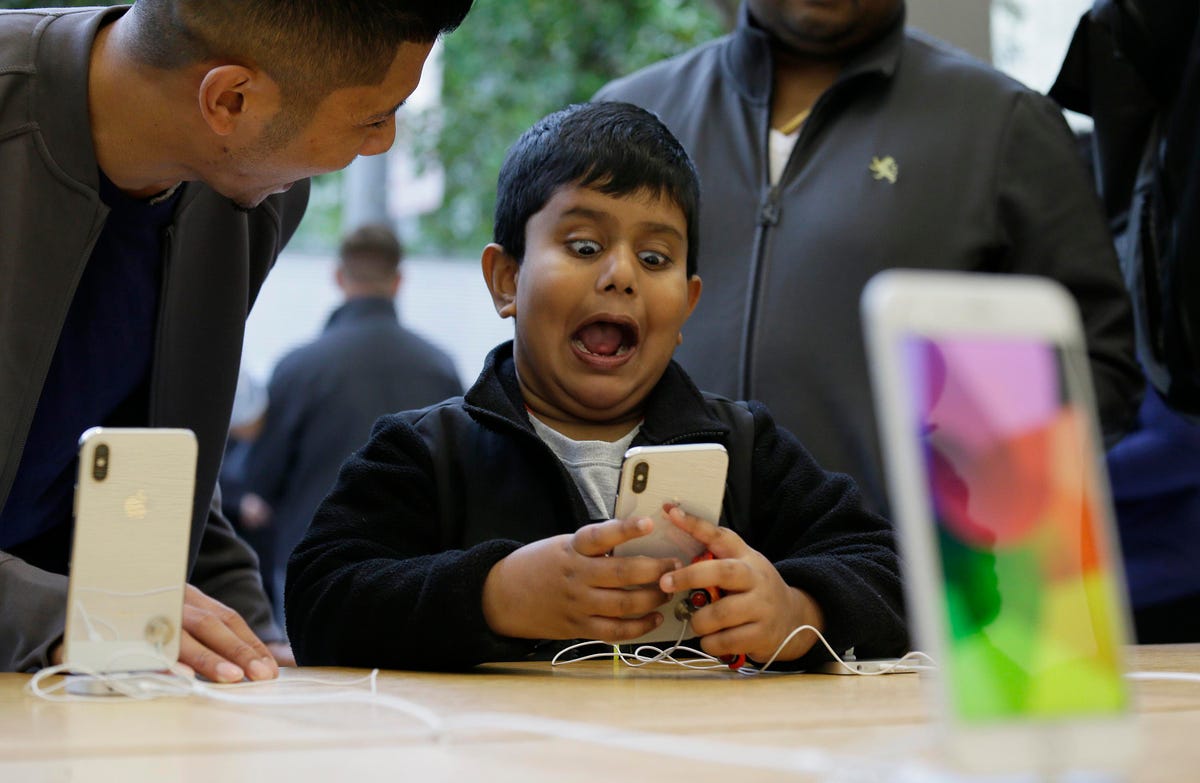 Apple’s share of the smartphone market profits is over four times larger than Samsung, its closest competitor, and most of the Chinese smartphone companies operate at a breakeven level.

Tease rollable smart phone one week, kill off the whole business the next.
Reactions: magicman32, BlindBandit and Morod

I don't think anyone gasped at the news. LG has been consistently good with concepts and lacklustre with execution. The downer for me is that Apple and Samsung will continue their complacent streak as competitors are dropping out or driven out (e.g. Huawei & Xiaomi in the U.S.)
Last edited: Jan 21, 2021
Reactions: GrumpyMom, magicman32, BlindBandit and 1 other person

Sony and Nokia still make phones as well....you never see those either.
Reactions: SnakeEater1993, hatchettjack, BlindBandit and 1 other person

LG had some really cool innovations, and I think their skin of Android was actually decent with the weather effects on the lock screen. The biggest problem was they never updated anything, for years. Occasionally a flagship phone would see one Android update, sometimes over 18 months later. If they could have simply updated their phones, I think they would have gotten much better consumer reception.
Reactions: GrumpyMom, Captain Trips, alejandrooo and 2 others
D