There's been some speculation amongst the mac web about a codename ("Brick") associated with the upcoming MacBook update.

The name originates from 9to5Mac, apparently based on the same Asian sources as the "rainbow" iPod Nanos. The "rainbow" iPod nano rumors were apparently misinterpreted as multi-colored individual iPods, but in retrospect, it seems the term instead related to the colors of the rainbow that the new iPod nano are now available in.

Since then, the site has been told that the new MacBook update will be 'all about the Brick'. The exact meaning of which is left up for debate.

Some are speculating that it is a completely separate device, but based on 9to5's reports it seems clear it has to do specifically with the MacBook which is also rumored to have a glass touchpad.

More sharp edges instead of the curvier Macbook Air design?

The current Macbook is a blend between the MBA and MBP in terms of design, so maybe they are going for a more aggressive look?

"Brick" usually has rather poor connotations. I'm surprised to hear the name used this way.

The heaviest Mac ever?
T

Brick, probably just going to be all one piece of aluminum is all it means.
C

it is macbook related
http://9to5mac.com/brick

Something modular? Bricks are things that connect together to form some kind of composite.

Brickmight also mean we are finally getting a G5 notebook. 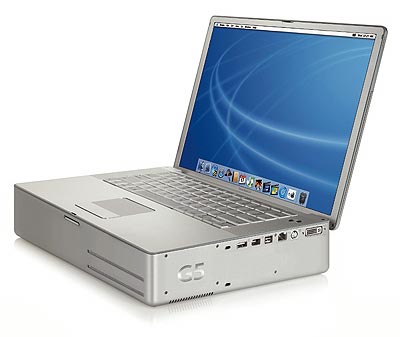 Brick, the thickest Mac laptop ever?
A

Please let it be a "macbook touch" tablet type thing. All I need is a larger touchscreen device with 1 USB port and I'm set
D

brick better not stand for a dud of a product, i need a new MB
C

My guess would be that the Macbook wont need the 'brick' power supply any more.

I've noticed more and more devices coming with smaller transformers. The one for my nokia E71 is tiny for example, about 3/4 the size of a 9volt battery.

well, since macbooks break faster than you can say "genius bar", calling them bricks only seems natural...
S

I read reports its a wireless hub for firewire/usb and wireless charging station. Time will tell.
D

Sorry, but does this contain anything beyond the original article, which was published almost 2 weeks ago?
K

Or a the MacBook can also be used as a Tablet. An laptop-tablet convertible.

What a brilliant idea.

I see Apple has decided to take the quality assurance issue head-on and simply tell you what you're getting before hand.
C

brick...I think it's going to be similar to the Eee PC.
J

well, I guess they are setting the standard low so they catch us off balance when they release some nifty new feature...
K

Or the new MacBook is going to be like a Toughbook Laptop.
L

I like this explanation - perhaps it is a rather comical new code name! We know what apple are like at poking fun at Microsoft...
B

And since "brick" is also slang for a power supply this could all just be about new power supplies and nothing else.

Brick…might also mean we are finally getting a G5 notebook.

I have money ready

cantthinkofone said:
I have money ready
Click to expand...

I want one of those! They look very portable and something I could take to university
J

Locker said:
I like this explanation - perhaps it is a rather comical new code name! We know what apple are like at poking fun at Microsoft...
Click to expand...