Apple in the latest macOS Sierra beta appears to have fixed a common issue where transferring files to an external hard drive or SSD connected to a Thunderbolt 3 port caused the new MacBook Pro to crash for some users. 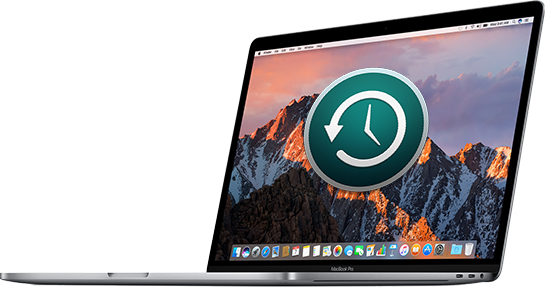 MacRumors forum member Dave Miles claims he received an email response from Apple's software engineering chief Craig Federighi, who apologized for the inconvenience and confirmed the issue has been fixed in the fifth macOS 10.12.2 beta seeded to developers and public testers on Monday.

While we have not been able to verify the authenticity of the email beyond a reasonable doubt, the issue does appear to be fixed regardless.

At least a half-dozen users claim the fifth beta of macOS 10.12.2 addresses the crashing issues, which most often affected users backing up their new MacBook Pro to an external drive with Time Machine using a wired connection. Some users also reported crashing issues when transferring files between two external drives.

MacRumors forum member TreadEverSoLightly succinctly described the dilemma that a number of other users faced:

I'm already on my 2nd MacBook Pro. Picked up last Wednesday and swapped it for another model 2 days later after experiencing crashing while my laptop backs up via Time Machine to an external HD. Computer freezes up during data transfer and refuses to acknowledge my inputs. Then crashes and restarts itself.
Click to expand...

It is unclear what the underlying problem was, with some users speculating it could have been related to USB driver, firmware, or software issues. Others believe large file transfers contributed to the problem. Ultimately, what matters the most is the issue now appears to be resolved.

MacRumors forum member saba01 is one of several users who delivered the good news today following weeks of complaints:

I had the same issue. My MacBook Pro crashed when transferring large files (over 4TB). I installed macOS 10.12.2 and the problem is solved! Yesterday I did a 40TB backup with no problems at all!
Click to expand...

macOS Sierra 10.2.2 will likely be publicly released as a free software update later this month following completion of beta testing.

MacRumors should reduce the number of posts on the new MBP by reporting only the good news about it.
Reactions: dysamoria, Digital Skunk, magicschoolbus and 12 others

These laptops seem like nothing but bad news. Lots of hardware and software issues before we even get into all the features missing.
Reactions: jb-net, dysamoria, Demo Kit and 24 others
B

MBP 2015 FTW! I am keeping mine until Apple get their act together. Tim, get on going the entire Mac line. What's wrong with you?
Reactions: dysamoria, Demo Kit, macrg103 and 12 others

I want to write a song called "The Revision A Blues" using GarageBand on my new MacBook Pro, but the machine keeps crashing.
Reactions: Synchro3, sapbasis, SamRyouji and 2 others
L

yaxomoxay said:
MacRumors should reduce the number of posts on the new MBP by reporting only the good news about it.
Click to expand...

You mean close down the site?
Reactions: Demo Kit, sunnyj, bliss1111 and 21 others
J

Another day, another bug
Reactions: dysamoria, Demo Kit, Insleep and 7 others
M

My current mid 2012 MBPr was a Revision A, never had any problems with it. Will continue to wait before upgrading to the new MBP.
Reactions: Demo Kit, sideshowuniqueuser, Huck and 2 others
S

At this rate they should start again and build a new machine.
Reactions: jb-net, dysamoria, Demo Kit and 2 others

Start from zero, remove the Touch Bar and keyboard and make it Touchscreen, just like the Surface.
Reactions: ReneR, Sandstorm, PushingthePram and 2 others
M

Inb4 an apologist chimes in about haterz posting about how bad apple qa is these days.


Thing is...if they didn't make it so easy this would be harder. The graphics bug associated with say adobe use...lets give them that. Maybe they ddn't have a license to burn, early x-mas present I will give. This, this....they control and code. And its kind of a feature you'd assume would be tested in pre-release. I mean its not like NTbackup which most don't even use or possibly know of. And M$ doesn't go out it way o say its there. Hell even finding it and setting up is some work. Its a headlined feature of the OS.
Reactions: macchelsea, dysamoria and Stella
L

Sam_S said:
At this rate they should start again and build a new machine.
Click to expand...

No guarantees it won't be even worse.
Reactions: dysamoria, Demo Kit, magicschoolbus and 5 others

Seems like it's a fundamentally good laptop, just needs the software issues ironing out. That being said, it's not competitive for price at all and it's not a 'pro' laptop. Can we have a new Mac Pro yet? I'm not gonna drop £8k on 3 year old dog **** hardware.
Last edited by a moderator: Dec 8, 2016
Reactions: dysamoria, Lone Deranger, Bacillus and 3 others

Can't wait for the people complaining about these new MBP having issues right after release. As if newly designed Apple products have never had issues for the first few months...
H

time machine can be spec'd to see NAS. And yes NAS can get that large, larger even. Now why they are using TM for NAS backup no clue. Most NAS has their own stuff or there is nice 3rd party options mild to wild for this. Their 4 tb issue I could see. that 40 tb one....not sure what the hell is going there.
Reactions: vjl323

gugy said:
MBP 2015 FTW! I am keeping mine until Apple get their act together. Tim, get on going the entire Mac line. What's wrong with you?
Click to expand...

That maybe the last model....
Reactions: imanidiot and lostless

Blizzardman said:
Can't wait for the people complaining about these new MBP having issues right after release. As if newly designed Apple products have never had issues for the first few months...
Click to expand...

Having issues is one thing.
Having a lot of issues is another thing.
Reactions: dysamoria, Demo Kit, The Captain and 9 others
M

These new mbp are having a lot of problems. Doesn't matter cuz I don't be getting it lol
Reactions: Demo Kit

yaxomoxay said:
MacRumors should reduce the number of posts on the new MBP by reporting only the good news about it.
Click to expand...

MacRumors uses this to get views. Looking back to 2006-10 when I went by different profile name, it took weeks and months for bugs to make the news (if they bothered to report it at all).
This is making the site money now. A random person can drop his iPhone on the ground, claim the iPhone 7 are prone to screen damage, and the story will be on the front page in minutes.
Last edited: Dec 7, 2016
Reactions: HenryDJP
K

Apple is losing trust. Big capital loss that will take maybe 12 quarters to be felt in full. Unfortunately, when the big dip happens they can't just rehire SJ to put things back.
Reactions: jb-net, dysamoria, Demo Kit and 10 others

gugy said:
MBP 2015 FTW! I am keeping mine until Apple get their act together. Tim, get on going the entire Mac line. What's wrong with you?
Click to expand...

Bought one of the 2015's this week and gave up on waiting for the 2016 model, as the problems in the new ones may be more than just software issues.
Reactions: dysamoria, A-Sign, Xi Xone and 2 others
You must log in or register to reply here.
Share:
Facebook Twitter Reddit Email Share Link
Register on MacRumors! This sidebar will go away, and you'll see fewer ads.
Sign Up
Top Bottom