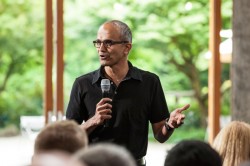 Microsoft CEO Satya Nadella has stoked speculation this week that Redmond is prepping a new line of smartphones under the Surface brand for launch in early 2017.

In an interview with the Australian Financial Review published on Monday, Nadella said the company was conducting innovative research that would ensure it continued to have a presence in the smartphone market. However, rather than follow a present trend, Microsoft would attempt to re-define the field in a single-handed pursuit of the "ultimate mobile device".

Underlining his philosophy, Nadella said that the company would not launch into a device category without bringing something different to the table, because it was more interested in how individuals and organizations were using devices, and less in the devices themselves.

"We don't want to be driven by just envy of what others have, the question is, what can we bring? That's where I look at any device form factor or any technology, even AI," he said. "We will continue to be in the phone market not as defined by today's market leaders, but by what it is that we can uniquely do in what is the most ultimate mobile device."
Click to expand...

Rumors of a "Surface Phone" that would complement the popular Surface Book and the highly praised Surface Studio have been bubbling away for a while. Some rumors suggest a device running Windows 10 Mobile OS, others predict a range of devices, some of which could sport a keyboard flip case reminiscent of Blackberry phones. Meanwhile, several observers have pointed to the HP Elite x3 - part smartphone, part mini PC - as a potential indicator of where the company could take its mobile ambitions, possibly as soon as early next year.

The introduction of a Surface Phone would represent a bold return to the smartphone market for Microsoft, after its consumer phone ambitions fell flat following the company's Nokia mobile acquisition over two years ago. Microsoft subsequently laid off hundreds of employees tied to its smartphone business in May, suggesting the company had all but given up on the consumer phone market.

Unless it has access to the Apple App Store or Google Play Store then I can't see it being a huge success.
Reactions: Cameroncafe10a, nurban1992, chrismail627 and 3 others

Who needs marketing when journalists do your work for you. Microsoft making more phones, brand change, news at 11. The prob with windows on mobile is the crappy UI.
Reactions: Cameroncafe10a, AxiomaticRubric and Avieshek

With the love the Surface Studio is getting and the more "universal" OS that Windows is becoming makes me wonder if Microsoft isn't the sleeping giant. While Google and Apple are going after each other, Microsoft could be getting their crap together and really turn the market on its ear. Time will tell.
Reactions: emailnotebox, Lopov Jack, albebaubles and 35 others

Microsoft: kings of usability. Can't wait to see what they bring to the table.

They've already got a desktop OS poorly optimised for touch. My money's on a clickwheel interface for their phones.
Reactions: Platskies, Sasparilla, ikir and 1 other person
G

I'm not convinced that they'll not abandon this attempt too if/when the mass uptake fails to materialise.

Oh how the tables have turned.
Reactions: Cameroncafe10a, Glassed Silver, MacBH928 and 8 others

Lets hope it will have more serious impact than this guy, that tried to be different (Sorta): 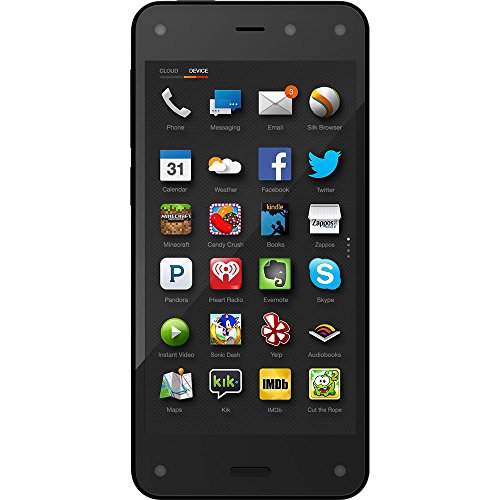 The "Ultimate Mobile Device" had already been invented, and MS is out of the game for good.

Unless he's referring to implants, that are far away in the future.
Reactions: R.P.G, ikir, Zirel and 3 others
K

I do not see why people even bother with Windows Phone anymore. The promised ‘Surface Phone’ has been in the making for far too long. Their mobile strategy has been very disappointing for years.
Reactions: ikir and TruthWatcher412

I actually used and developed for the Windows phone. A real shame it was canned because I think Windows on the phone was a nice OS and it was really nice to develop for.
The only problem was the tiny tiny market share.
If they can make a second attempt to enter the market I'd say Microsoft is the one to watch. They are going from strength to strength at the moment. If they can only reach critical mass the apps will follow.
Reactions: Cameroncafe10a, MaximizedAction, Jamalien and 10 others
T

For me to buy an MS phone, i would want something x86 powered and can run full desktop windows apps natively whether it be as a phablet or when plugged into a monitor.

The problem is that the platform otherwise offers no incentive for me to buy one.

dantastic said:
If they can make a second attempt to enter the market I'd say Microsoft is the one to watch. They are going from strength to strength at the moment. If they can only reach critical mass the apps will follow.
Click to expand...

It's a chicken and the egg thing here. Developers aren't going to go there en masse just because Microsoft has a cool platform. You could argue Microsoft actually did that already, and it fell worse than flat.

ugahairydawgs said:
It's a chicken and the egg thing here. Developers aren't going to go there en masse just because Microsoft has a cool platform. You could argue Microsoft actually did that already, and it feel worse than flat.

I agree completely. It's a difficult position they are in. And it's a real shame because I think their OS was really good. There weren't really any devices either and sweet f-a apps.

If they can produce a few sexy devices with some unique features at a low price point all they need is the key apps to break in to the market. Like Facebook, Instagram, Snapchat and whatever else the kids are using.

But those 2 things are key, low entry cost and the vital apps available. But I think MS knows that and that they would be able to make that happen.

I quite fancy a Surface Book and Surface Phone these days. I just need Microsoft to show some commitment to a product and I just might take the plunge.
Reactions: jwkay
N

The OS itself isn't bad, it's just the apps...they're lacking. In order for this to succeed, it will, at least need access to all of the Android apps.
N

I will believe it when I see it.
Reactions: ikir

That's a bold statement, curious how he is going to do this. Especially as he says that: the company would not launch into a device category without bringing something different to the table, because it was more interested in how individuals and organizations were using devices, and less in the devices themselves.
So this contradicting with an all new Surface Phone device, but probably more about business software in a (any) phone.

rotobadger said:
Unless it has access to the Apple App Store or Google Play Store then I can't see it being a huge success.
Click to expand...

The 100-1000 Major Apps thats is on the the Apple store is enough. I barely use anything outside of the mainstream apps.
Reactions: jwkay and megastuff999
M

A poor app selection and companies dropping support all over the place. That's going to be a big thing to overcome.

Telos101 said:
Satya Nadella is the new Steve Jobs. Oh how the tables have turned.
Click to expand...

Like, not at all? Microsoft the failed hardware company in the name of Nokia can't continue to be in the phone market, first they need to get back into the phone market. And the opportunity for this has forever closed as free Android became the de facto standard for non-iPhones. Without a phoneOS you can't have a tabletOS and you're out of touch with touch-based apps altogether. Windows 8, 8.1 and 10 are failed attempts to come into the market from the last possible angle. Microsoft is a software company which gives away its most important software for free, in hope people will use it and developers will take notice, but it doesn't work. People stay on Windows 7 and fight off unwanted forced Windows 10 upgrades. More and more people find they don't need a (new) PC anymore and the first generation is born with smartphones in their hands. PC sales have now been declining for eight consecutive quarters and no new form factor will reverse the trend to ever greater irrelevancy.

Oh how the tables have turned.
Click to expand...

Steve Jobs didn't make vague proclamations. He'd show off new products when they were ready to ship.
Reactions: jz1492, freshapplenews, Sasparilla and 2 others