Microsoft is working on a pocket-sized dual-screen Surface device according to information sourced from Microsoft internal documents and shared by The Verge.

Called Andromeda, Microsoft's dual-screen Surface project has been in development for at least two years and it's designed to "blur the lines between mobile and stationary computing," according to an internal document. 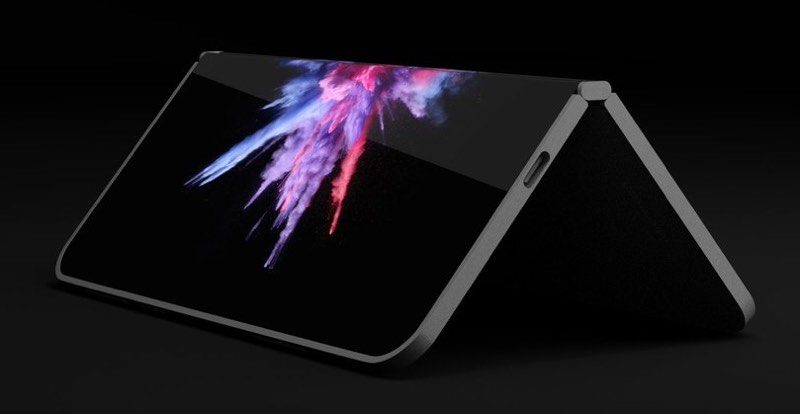 "It's a new pocketable Surface device form factor that brings together innovative new hardware and software experiences to create a truly personal and versatile computing experience," is exactly how Microsoft describes the device internally.
Click to expand...

Microsoft's device will feature a wraparound display that bridges the gap of the hinge when it is fully opened, and according to The Verge, December renderings shared by David Breyer are "identical" to the current prototype versions of the upcoming Surface. The pocketable Surface can be folded in either direction or laid flat, as can be seen in the renderings.

Andromeda rendering via David Breyer​
Microsoft is said to be experimenting with stylus input for the pocket Surface, with prototype devices equipped with styluses and notepad-like apps for note taking.

The Verge's sources warn that work on Andromeda could be ceased at anytime, but Microsoft is said to have tentative 2018 release date plans, which would mean development on the device is nearing completion.

Some nebulous rumors have suggested Apple too is exploring some similar concepts, working with LG to develop an iPhone with a foldable display. Apple explores many concepts and designs for its devices, so there is likely to be some truth to the rumor.

The folding display technology being developed by LG is still a few years off, so if Apple moves forward with some sort of design that's similar to what Microsoft is working on, we won't be seeing it for several years.

At the current time, Apple is focusing on edge-to-edge displays and making a transition to OLED technology. In fall 2018, Apple is expected to introduce a second-generation 5.8-inch OLED iPhone X, a 6.5-inch OLED device that can be thought of as an "iPhone X Plus," and a 6.1-inch iPhone with an LCD display that will be available at a more affordable price point.

All three devices will feature edge-to-edge displays and no Home button, instead adopting Face ID and the TrueDepth camera system.

Wow cool! I hope to see them do well if not then I guess it will go the way of the Windows phone again.
Reactions: jasvncnt, sartrekid, 5hugknight and 4 others

Why not announce when ready? It's the equivalent of Apple announcing their car, now. The tech press need to up their game. Oh yeah, forgot, the tech press cares little beyond clicks and ad impressions. A point against MR for not mentioning Courier.

And why are Microsoft using this wallpaper? It's so close to the wallpaper Apple included with and used heavily in the marketing of iOS 9: http://i.imgur.com/swl1WmC.png
Last edited: Jun 29, 2018
Reactions: inkswamp, xalea, bigboyz12000 and 18 others

I want the folding tablets/phones devices from Westworld. Not sure if this is that exactly.
Reactions: 5hugknight, xalea, brandonboo20 and 25 others
J

Finally! I can’t wait to not buy one of these; I’ve always not wanted one!
Reactions: Jeff750, bevsb2, maine82 and 30 others

If it runs iOS, I’m in!
Reactions: 5hugknight, nachtfrost, tooloud10 and 9 others

I think it looks cool, if announced this year I will definitely watch the keynote to see the announcement. It really seems Microsoft has stepped up their game, and yes I’m saying this as an Apple fan!
Reactions: eduardoregueiracampos, MaxBlast, The Captain and 42 others
F

“oh a stylus right? we’re going to use a stylus!”
Reactions: Jeff750, rafark, MaximizedAction and 4 others

Pretty cool, although I'd have to see what the software is like in action. I am not a big fan of Microsoft hardware either. I am sure we'll see more and more devices like this in the coming years. I remember seeing both Apple and Samsung were working on something similar.
Reactions: Macintoshrumors, tridley68 and Glockworkorange 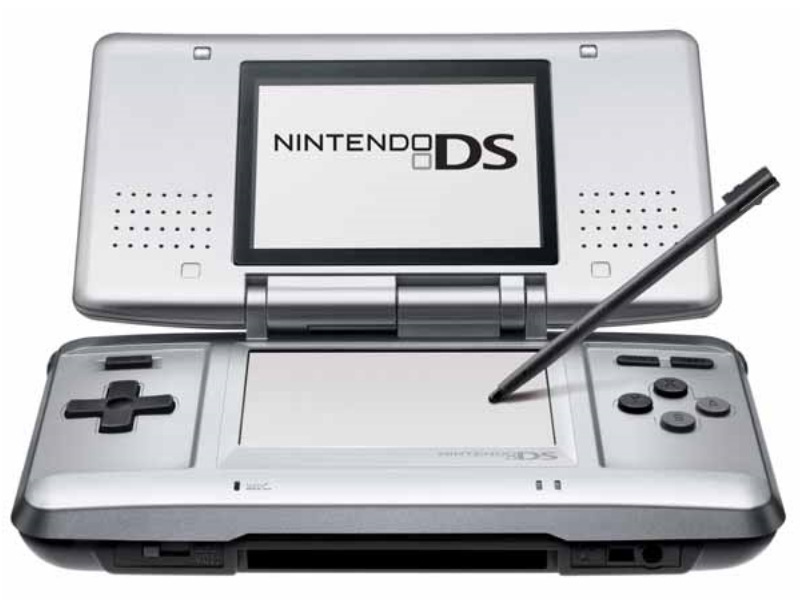 sunapple said:
I want the folding tablets/phones devices from Westworld. Not sure if this is that exactly.
Click to expand...

That's a mockup; this is a render.
Reactions: Macintoshrumors, subway35, jerryk and 1 other person

I hope all these companies develope a phone mode OS when folded and tablet mode OS when unfolded. This would merge both device requirements.

App/Game developers can create one app, vice 2-3 versions and the power requirements and graphic settings can scale accordingly. Imagine a world and day-to-day life with only one device.
Reactions: xalea, ackmondual and Glockworkorange

Sadly, when such a product does first launch, you can bet you bottom dollar it won't be from Apple. They will eventually do better, later.
Reactions: fatlardo, jamesrick80, Glockworkorange and 2 others
4

Given its a render, I like the idea of the concept behind this. Anything new tech related has my interest piqued, even if its not from Apple. And yes, I actually do like and use a stylus for more pinpointed accuracy, note taking, ect.
Reactions: Sandstorm and Mescagnus

I hope Apple develops a foldable iPhone plus style device that fold into an iPad mini. That would be cool.
Reactions: psac, jkruehne, usersince86 and 1 other person

This is bad for Microsoft. Phones are going the ways of computers. We don’t need new “innovative” interfaces like hybrid devices on the PC side. Phones and PC’s have evolved and really the only thing people will look into when buying phones is the hardware. Just like PC’s today. The future is wearables and smart devices. They should work on that instead.
Reactions: MaximizedAction, George Dawes, Breaking Good and 1 other person

Why don't they just account it when it's ready. It's the equivalent of Apple announcing their car now. The tech press need to up their game. Oh yeah, forgot, the tech press cares about clicks and little else.
Click to expand...

Microsoft didn't announce anything! Where did you read that or did you not bother to read the article before commenting?

Here let me help you. The first sentence of this article: Microsoft is working on a pocket-sized dual-screen Surface device according to information sourced from Microsoft internal documents.

Not trying to be a jerk here, just read more than the headline before commenting.
Reactions: kilimanjaro, Dave.UK, xalea and 27 others

DNichter said:
Pretty cool, although I'd have to see what the software is like in action. I am not a big fan of Microsoft hardware either. I am sure we'll see more and more devices like this in the coming years. I remember seeing both Apple and Samsung were working on something similar.
Click to expand...

Even tho I’m an Apple fan and have many Apple devices I do have to give credit to Microsoft for trying different things, this looks good to me and I think if it’s announced this year (2018) the they will be the first ones to have done it.

Microsoft are starting to intrigue me more and more even to the point where I’m considering getting a Surface Pro or Surface Book 2 to try out which is something I never would it thought about doing a year or even 6 months ago
Reactions: koigirl, AleRod, ackmondual and 7 others

Am very excited to see MS actually putting out some really compelling and interesting hardware and software lately - feels like we actually have some competition for Apple, and I am hopeful it will light a fire under their collective ***** to put out some decent hardware and software themselves instead of the mild iterative updates (or no updates) of late.

If they don't hurry, they're going to lose people (perhaps myself included) to Surface Book + Andromeda-style ecosystems, where hardware makes up for potentially less integrated software. I love my iPhone, Airpods, etc. But pricing and hardware on the computer side is pretty abysmal atm, and iPads won't cut it for what I'm doing until they have mouse support, drive external screens, etc. I'm actively looking to upgrade, and Mac has nothing to offer me atm.

Come on Cupertino - you had a great lead and you let it go to your head... now competition is catching up. More choices in the market = more competition...that's a good thing for all of us who love tech, methinks. Looking forward to seeing this concept come to fruition in the near future.
Reactions: xalea, AleRod, Flipzide and 10 others

Why would you want a dumb OS on a pro device? I can't even do something as basic as putting an active SSH session in the background on my iPad without it dying.
Reactions: kilimanjaro, tkatz, Menneisyys2 and 23 others

Finally! I'm tired of trying to find pants with pockets big enough to carry my Surface Pro in.
Reactions: inkswamp, mike.101, Koh Phi Phi and 2 others

this isnt the way, we dont need another phone with hinge...probably this will even have 300g
Reactions: Solomani and Morgenland
C

Seriously though. The blue screen of death will look AMAZING on this thing.
Reactions: Jeff750, inkswamp, tooloud10 and 5 others

mi7chy said:
Why would you want a dumb OS on a pro device? I can't even do something as basic as putting an active SSH session in the background on my iPad without it dying.
Click to expand...

mi7chy said:
Why would you want a dumb OS on a pro device? I can't even do something as basic as putting an active SSH session in the background on my iPad without it dying.
Click to expand...

Though I use Chrome OS with Android apps, I prefer iOS for security. There are some things like banking I would never do on an Android app.
[doublepost=1530296980][/doublepost]