New MacBook Pro models are coming at WWDC, according to leaker Jon Prosser who has a mixed track record when it comes to predicting Apple's plans.


Subscribe to the MacRumors YouTube channel for more videos.​
Prosser provided no additional information, but there are new 14 and 16-inch MacBook Pro models in the works. The new MacBook Pros will feature the most radical redesign to the MacBook Pro lineup since 2016.

Apple is planning to reintroduce the MagSafe port, and the 2021 MacBook Pro models will feature an HDMI port and an SD card reader in addition to a trio of Thunderbolt/USB-C ports, and multiple color options are a possibility.

There will be no Touch Bar included, with Apple returning to a traditional row of function keys, and there will be a redesigned thermal system to accommodate the upgraded Apple silicon chips that the machines are expected to include.

Bloomberg recently said that the new MacBook Pro models will feature 10-core Apple silicon chips with eight high-performance cores and two energy-efficient cores, along with 16 or 32-core GPU options and support for up to 64GB RAM.

No other sources have indicated that the MacBook Pro models will be coming at WWDC, and it has been atypical for Apple to debut hardware at the event in recent years, but it is not unheard of. The new MacBook Pro models are expected to enter production in the second half of 2021, and reliable sources that include Bloomberg's Mark Gurman and Apple analyst Ming-Chi Kuo have suggested a launch in the second half of the year.

-15 for pointing out the obvious….
Reactions: MacAppleDiva, miq, Apple.Fanatic and 10 others

I will believe it when I see it, as this is just stating again what we already have rumored.
Reactions: Dopestar, miq, Table Top Joe and 15 others
N

Mark Gurman also said as early as summer, so Prosser is just regurgitating Gurman’s article. My take on Prosser is that he’s full of it.
Last edited by a moderator: May 24, 2021
Reactions: DocerZ, SackJabbit, planteater and 34 others
A

Man, playing this one close. I have to return to work on the 14th of June which means buying something from an Apple Store on the 13th and maybe new MBPs are shipping before the return policy ends. Wish WWDC was a week later.
Reactions: travelsheep and cmamb

If this is true Apple really will be taking all my money this year.
Reactions: DocerZ, michaelsviews, MacAppleDiva and 16 others
O

Anyone need a 13" M1 MBP? ?
Reactions: MacAppleDiva, Investor27, Dopestar and 11 others

Damn, no Touch Bar - how am I going to scroll past the video ads now?
Reactions: Radiomarko, PeanutbutterSW, MacAppleDiva and 22 others
J

I was happy when I read the title but then I read “Prosser”… ¯\_(ツ)_/¯
Reactions: DocerZ, MrENGLISH, SackJabbit and 32 others
N

Would be nice to see mini-LED and wi-fi 6e, but have a feeling we won't see those until 2022 models.
Reactions: locoboi187, swisscanadian, Swaghili and 4 others

nquinn said:
Would be nice to see mini-LED and wi-fi 6e, but have a feeling we won't see those until 2022 models.
Click to expand...

Same...especially with regards to the Mini-LED tech...

Apple is barely able to pump those out on the new iPad Pros as it is...
Reactions: alecgold and Swaghili
W

Throwing spaghetti on the wall
Reactions: RalfTheDog, kalafalas, ModusOperandi and 5 others
P

If the new 16" model can match the performance of the 2019 16" (8-core, 5600m) with double the battery life and no Intel 65 degree idle, id be willing to put up with the workflow downsides and iOS-style limitations of big sur / ARM
Reactions: MrENGLISH, motulist, fahlman and 8 others

adamjackson said:
Man, playing this one close. I have to return to work on the 14th of June which means buying something from an Apple Store on the 13th and maybe new MBPs are shipping before the return policy ends. Wish WWDC was a week later.
Click to expand...

You can buy from a retailer with a longer return window. Amazon is one option, although they are currently backordered on the MacBook Air.

I would use a burner device for a few days while you wait out the announcement.
Reactions: alecgold, motulist, cmamb and 2 others

I can play this game too. Look new laptops in their wwdc picture. Plus maybe airpods? Then also they will talk about xcode, messages, terminal, and calendar. Maybe throw in some fancy new hairstyles for memojis. 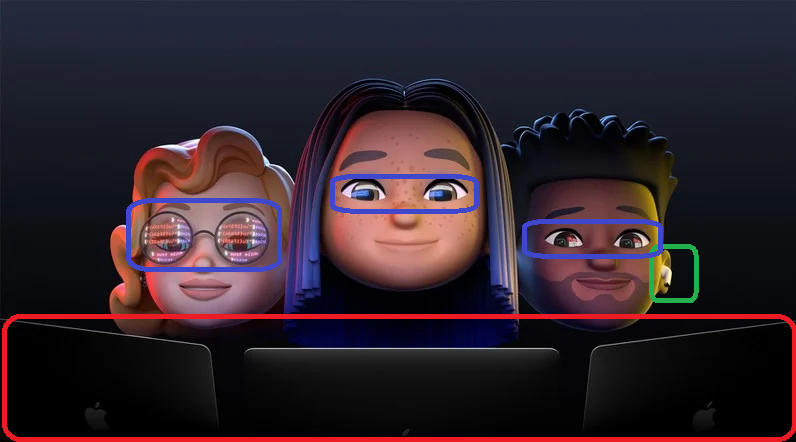 Smh. Prosser is nothing more than a carnival barker who engages in chicanery. He frequently "sources" his information from others, is frequently incorrect, and when called on his error-filled "predictions" offers a littany of excuses as to why he was wrong.

And he'll continue to do so so long as places like Macrumors takes his mullarky as gospel
Reactions: DocerZ, MrENGLISH, bmot and 20 others
M

Well if the schematics were already leaked from the Apple supplier, does not take much of. crystal ball to predict what everyone already knows. OK, the M2/M1x specs, they weren't leaked, so lets see how he does
Reactions: cmamb

poematik13 said:
If the new 16" model can match the performance of the 2019 16" (8-core, 5600m) with double the battery life and no Intel 65 degree idle, id be willing to put up with the workflow downsides and iOS-style limitations of big sur / ARM
Click to expand...

ARM is not really limited in the same way that iOS is. Apple Silicon can run virtually any Intel Mac app and has an open app platform that doesn’t require you to ever use the Mac App Store.
Last edited: May 24, 2021
Reactions: Anurag Garg, fahlman, windowsblowsass and 3 others
You must log in or register to reply here.
Share:
Facebook Twitter Reddit Email Share Link
Register on MacRumors! This sidebar will go away, and you'll see fewer ads.
Sign Up
Top Bottom