The new Apple TV 4K unveiled this week ships with a redesigned Siri Remote with a physical clickpad, new power and mute buttons for a TV, and a repositioned Siri button, but there's another change that has gone less noticed. 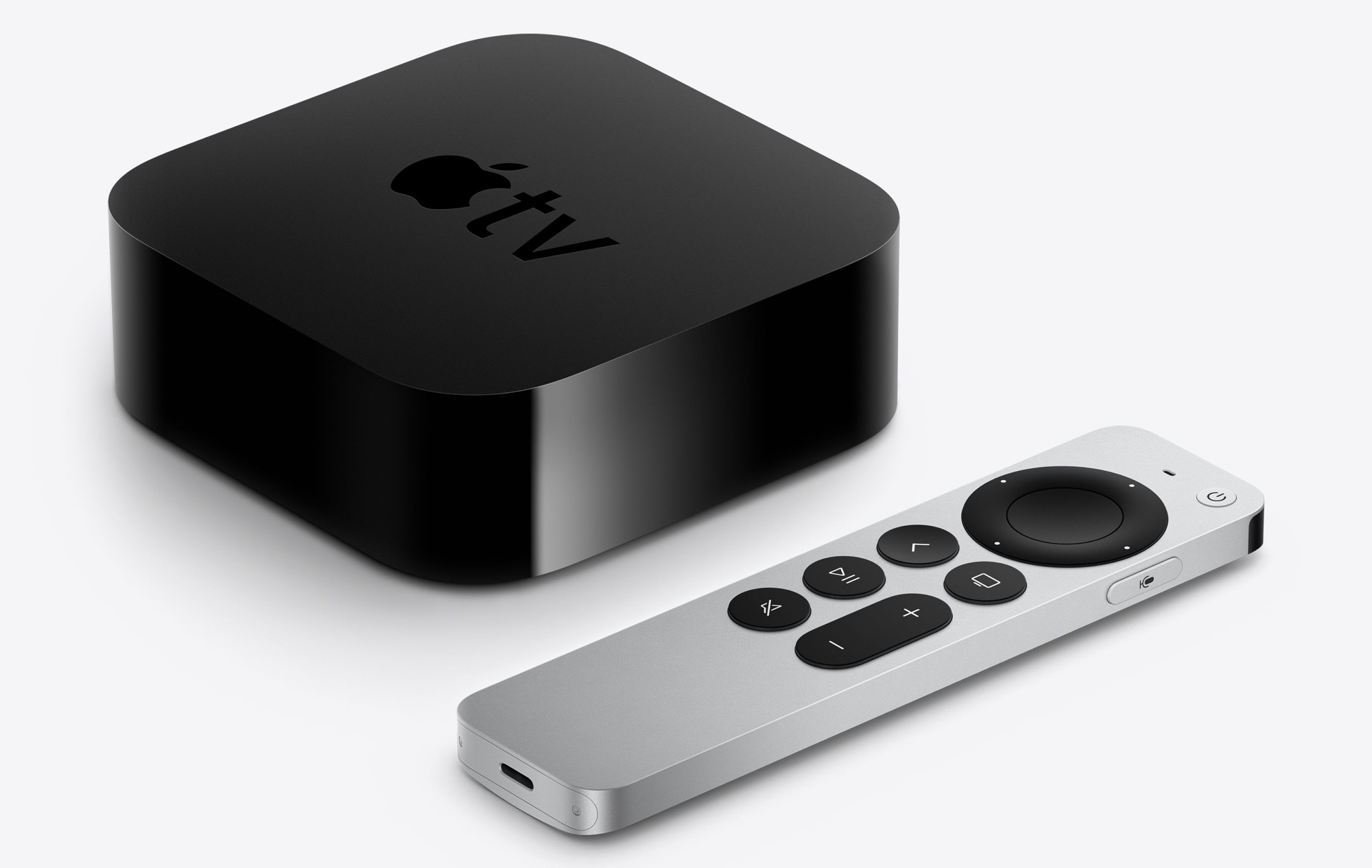 According to Digital Trends, the new Siri Remote lacks an accelerometer and gyroscope, which allowed the original Siri Remote to function as a gaming controller. Apple even required tvOS games to support the Siri Remote following the launch of the fourth-generation Apple TV, but it dropped this requirement in June 2016.

Due to its lack of accelerometer and gyroscope, the new Siri Remote will not be compatible with motion/tilt-based Apple TV games. Instead, users will need to use the original Siri Remote or connect an Apple-certified game controller.

The following message will appear on the Apple TV when opening a game that does not work with the new Siri Remote, according to tvOS 14.5 code seen by MacRumors contributor Steve Moser: "To play this game on your Apple TV, you need to connect the Apple TV Remote (1st generation) or a compatible PlayStation, Xbox or MFi controller."

Note that the Siri Remote is called the Apple TV Remote in countries where Siri is not available on the Apple TV, but the remote is otherwise identical in functionality.

Gaming on the Apple TV has always been a niche relative to full-fledged consoles like the Xbox, PlayStation, and Nintendo Switch, and many users who do play tvOS games likely prefer to use an actual game controller anyway, so the new Siri Remote's lack of accelerometer and gyroscope is unlikely to be a dealbreaker for many users.

It's worth noting that Bloomberg's Mark Gurman had reported that a new Apple TV would have a stronger gaming focus. A faster A12 chip does benefit gaming performance, and tvOS 14.5 adds expanded game controller support on the software side, but a gaming-focused Apple TV with an A14X chip rumored by leaker "Fudge" has yet to materialize.

And most importantly, missing the U1 chip.

The thing that you lose in the couch abyss the most is the remote, not keys or cats.
Reactions: Kram Sacul, mjs916, martyjmclean and 86 others
F

who games with their remote? terrible gaming experience.
Reactions: mi7chy, martyjmclean, Kram Sacul and 54 others

As long as it has a mute button, it works for me.
Reactions: martyjmclean, Lemon Olive, michaelnugent and 18 others

The remote was terrible for gaming. Good thing most major gaming controllers sync with it now - that's if I even want to game on it.
Reactions: martyjmclean, michaelnugent, Darkwalker and 16 others

farewelwilliams said:
who games with their remote? terrible gaming experience.
Click to expand...

I’ve played games on my remote and it is actually pretty decent.
Reactions: Lobwedgephil, Zzzoom, Hammerd and 24 others

Well this clenches it for me I’m definitely gonna wait because there probably gonna drop another Apple TV that’s gaming focused that’s gonna include what people really wanted. LOL
Reactions: 4487549, 4nNtt, aarond12 and 23 others
A

While I didn't use the motion controls too much (only a couple of driving games for ~30min) it's sad to see features removed. I would have much preferred they keep it and of course add the obviously absent U1 chip.
Reactions: midkay, Razorpit, Smooch and 6 others

I assume that there wasn't much use of the accelerometer/gyroscope outside gaming so they thought it wasn't worth the extra cost.

Still, a shame that they removed that as it locks you out of games that were designed to work with the base TV without an additional gamepad. And they are really pushing Apple Arcade.
Reactions: mjs916, BJMRamage, Oblivious.Robot and 5 others
R

Goldfrapp said:
And most importantly, missing the U1 chip.

The thing that you lose in the couch abyss the most is the remote, not keys or cats.
Click to expand...

Apple wants you to find other companies’ stuff, but if it’s an apple remote or AirPod pros, those you can lose so you’ll have to replace them.

Even the Fitbit I used to have many years ago would constantly emit a Bluetooth signal, allowing me to hunt it down when lost.
Reactions: MarkIII, IceStormNG, ksec and 5 others
M

Did Apple ever add Dualsense support to iOS, tvOS, etc? I can’t remember.

MacRumors said:
It's worth noting, however, that Bloomberg's Mark Gurman had reported that a new Apple TV would have a stronger gaming focus, not a lesser one. A leaker known as Fudge previously claimed that two new Apple TV models were in the works, including one with an A14X-like chip for gaming, but no such model was announced this week. If that rumor was true, it's possible the gaming-focused Apple TV was scrapped or is coming later.
Click to expand...

I think that this is a hint of a greater focus on games, not less. The remote is no longer the expected gaming controller. My guess is the other shoe has yet to drop: an Apple designed gaming controller sold separately later in the fall.

This new Apple TV is pretty power packed. Arcade games are going to run fantastic on this, including future games that will no longer have the slow 4 year old Apple TV holding them back. Arcade games must run on iOS, iPadOS and tvOS and the old Apple TV was the bottleneck.
Reactions: pianophile, RogerWade, Mr. Rod and 10 others

MacRumors said:
According to Digital Trends, the new Siri Remote lacks an accelerometer and gyroscope, which allowed the original Siri Remote to function as a gaming controller.
Click to expand...

Every Apple device has a big flaw, so we have to buy the entire Apple Eco System to have the full experience. This is intentional.
Reactions: HeinoM, Kar98, rafark and 2 others

farewelwilliams said:
who games with their remote? terrible gaming experience.
Click to expand...

Maybe Apple just realized that they‘re (too) late for the gaming party and can’t really compete with dedicated platforms like PlayStation or XBox. Then it would be a logical move to remove cost drivers that play a negligible role for the major part of the target audience for AppleTV.

People inclined to play on an AppleTV for whatever reason are also very likely preferring to use a dedicated gaming controller for that. And since this is possible without problems, most people wouldn’t need those gaming-centric functionality in the remote in the first place.
Y

Remind me, Pippin aside, when did Apple last release gaming focused hardware? You’ll be waiting forever, and even if it were to happen (likely never, if I wasn’t clear), existing console controllers are a 1000x better than a mythical future remote.

Apple don’t give a fudge about gaming, not their realm of experience or expertise. Sure, there’s Apple Arcade and games are the biggest sellers on the App Store, but that’s something Apple stumbled into due to wider popularity of mobile gaming among people who are typically non-gamers.

I’m not being snarky, merely illustrating that imo you‘d be wasting your time waiting for something that is never going to happen.
Last edited: Apr 22, 2021
Reactions: imnotthewalrus, mazz0, SirAnthonyHopkins and 1 other person

Why would they do that? This Apple TV is more than sufficient for the casual gaming that (I’m assuming) 98% of people do on it. If they were to do anything, I’d guess it would be an Apple branded gaming controller.

Very Apple to do this. You can’t have it all.
Reactions: aarond12, johnnygee, EvilEvil and 1 other person

I wonder if the Remote app on an iPhone would work? All current iPhones have the necessary hardware.
Reactions: peanuts_of_pathos and orbital~debris

Speaking of the remote, are those screws or smart connectors for a dock? 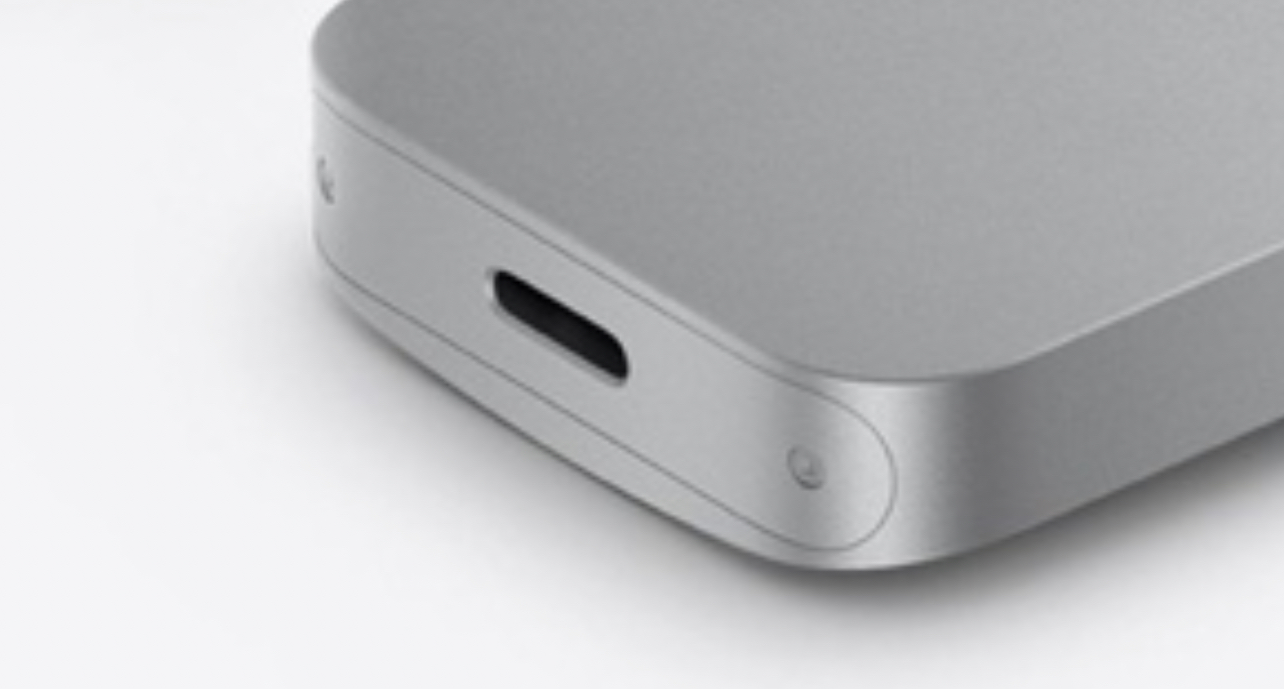 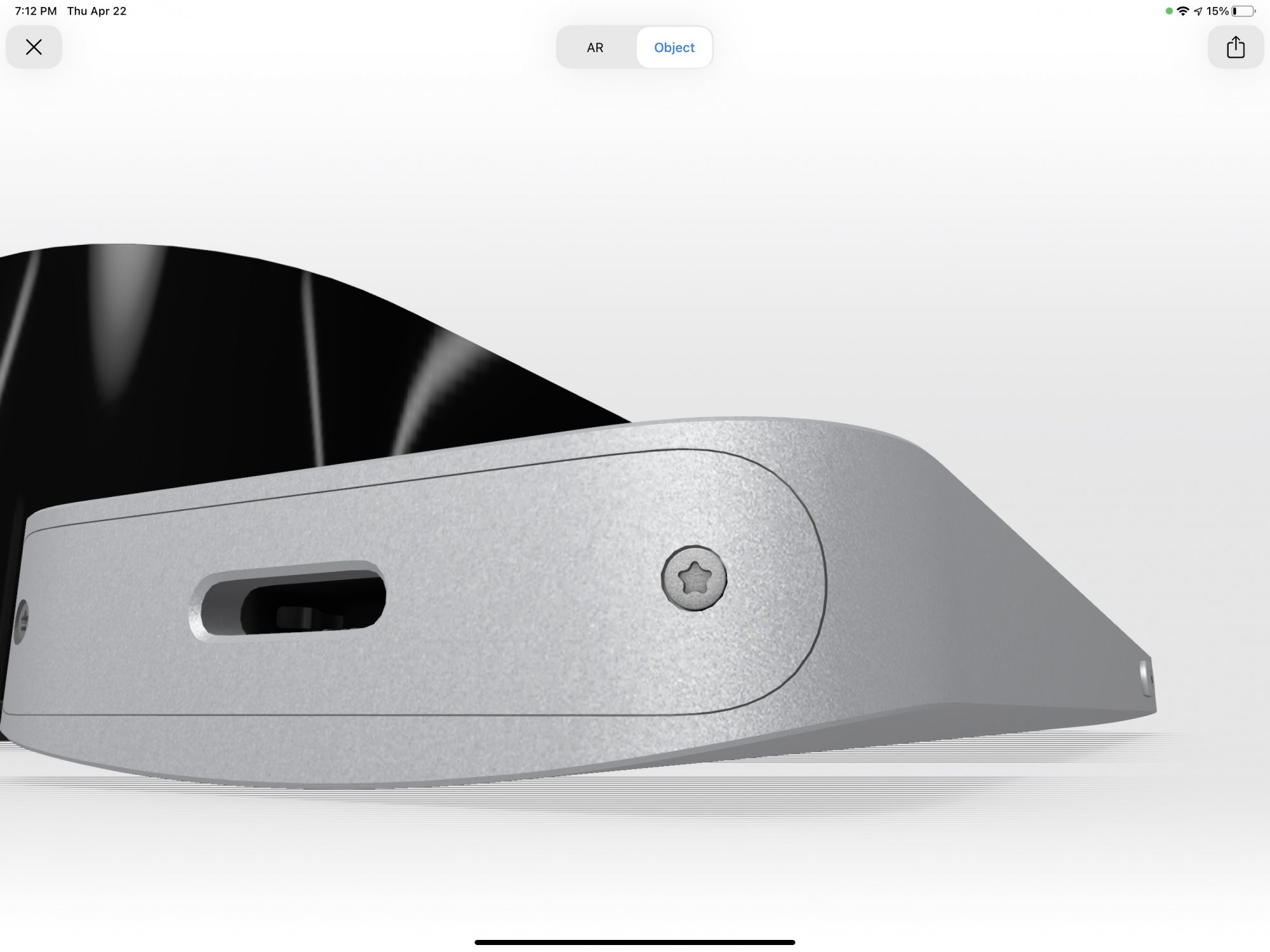 Whoa...didn't know the current remote had a gyroscope and accelerometer inside.

Still, guess I need to muster up some faux outrage and stomp my feet. Thanks a lot, Apple. TC needs to go.
Reactions: Kram Sacul, MarkIII, Synna and 23 others
M

randyhudson said:
Apple wants you to find other companies’ stuff, but if it’s an apple remote or AirPod pros, those you can lose so you’ll have to replace them.

Even the Fitbit I used to have many years ago would constantly emit a Bluetooth signal, allowing me to hunt it down when lost.
Click to expand...

Granted there's no U1 chip in the AirPods pros, but at least u can locate them in FindMy using last known location & ping them to play a sound when near. Apple seem to replace 1 bud if lost.
M

ipedro said:
Speaking of the remote, are those screws or smart connectors for a dock? View attachment 1762398
Click to expand...