On his newly launched Front Page Tech website, leaker Jon Prosser has shared renders showing off the alleged design of the next-generation iPad mini, which he says are based on schematics, CAD files, and real images of the device. 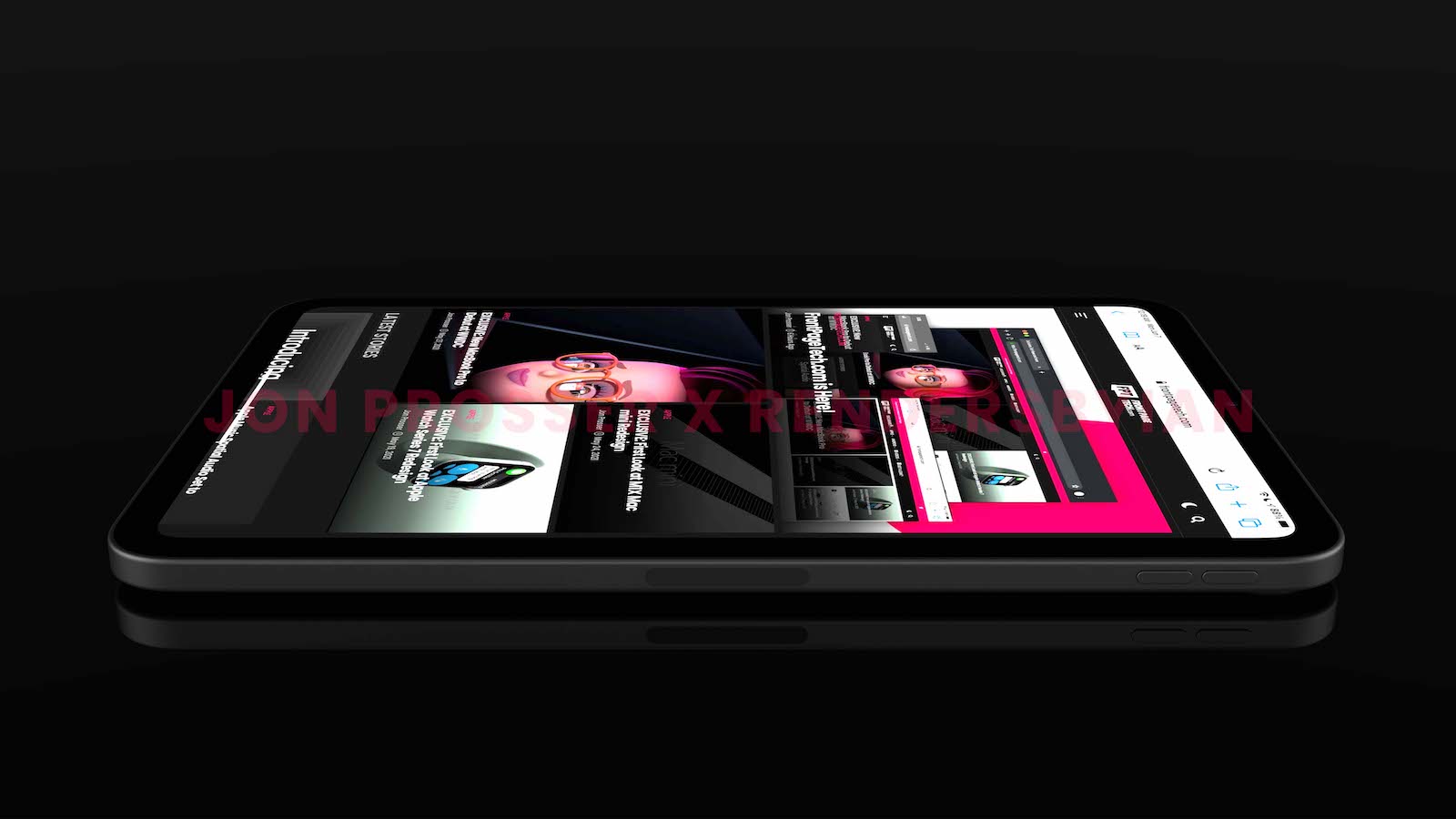 In line with details shared earlier this month by Bloomberg's Mark Gurman and Debby Wu, Prosser claims that the new iPad mini will feature slimmer bezels around the display and no home button, with Touch ID relocated to the power button like the latest iPad Air. The report adds that the new iPad mini will switch from a Lightning connector to USB-C and will be equipped with "dramatically improved" speakers.

According to Prosser, the new iPad mini will be powered by the A14 chip, support 5G, and have compatibility with a new, smaller Apple Pencil. The device will launch by the end of the year in three colors, including black, silver, and gold. 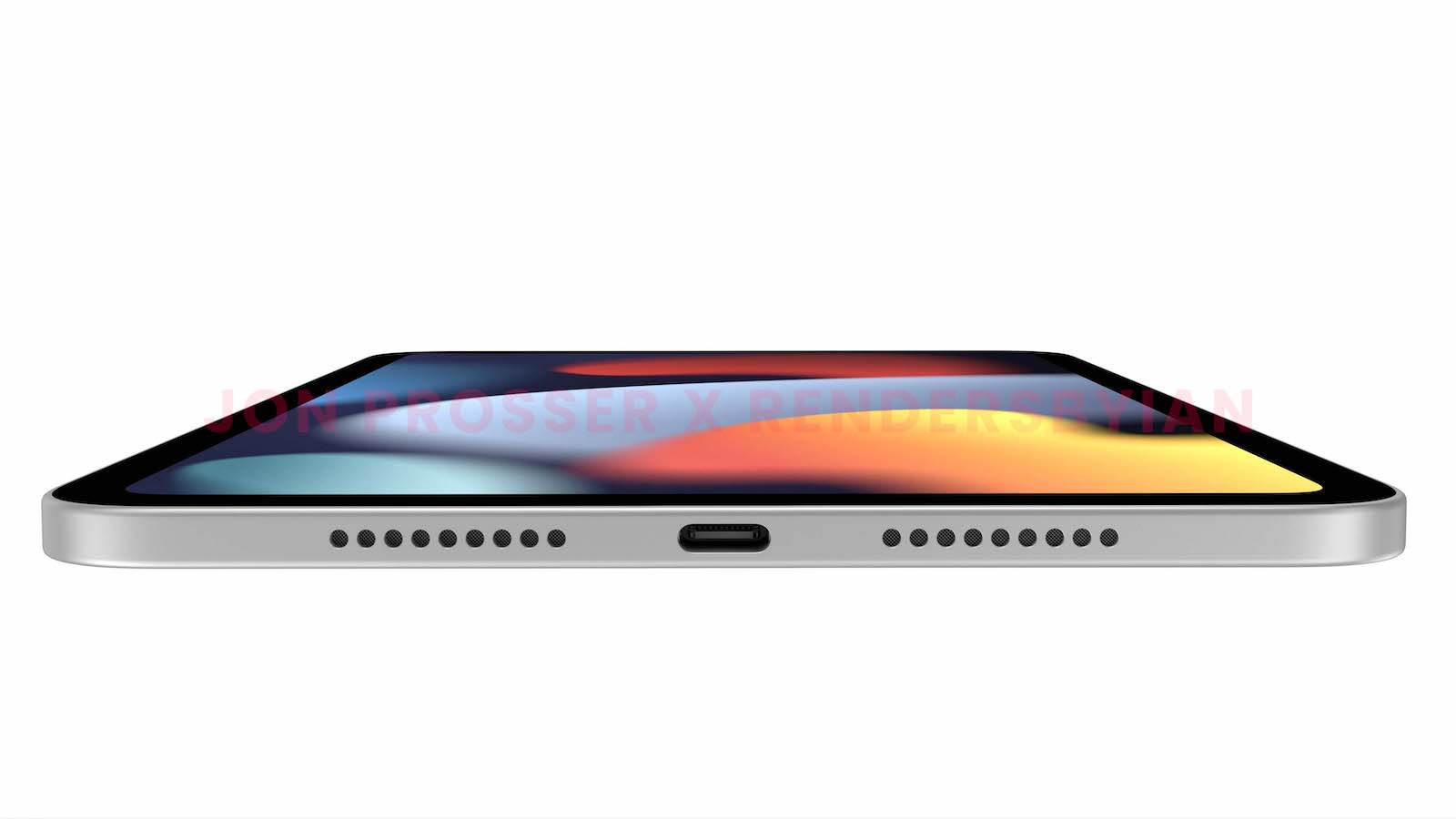 The report claims the new iPad mini will have dimensions of 206.3mm x 137.8mm x 6.1mm, but no display size was offered. The current iPad mini has a 7.9-inch display, and Bloomberg has claimed the new model could have an 8.5- to 9-inch display. The rear shell looks similar to the current iPad Air, with a single camera and a Smart Connector.

Prosser has a mixed track record with Apple rumors. He accurately revealed that the new iMac would be available in a variety of colors, but he was mostly recently wrong about a new MacBook Pro being announced at WWDC this week.

My wallet is ready.
Reactions: Hammerd, airbatross, dubstar82 and 49 others

Back to the Prosser well I see. Since he had SUCH a great week right?

Enough of the Prosser already!
Reactions: Mascots, cpnotebook80, BanjoDudeAhoy and 44 others

until these is more evidence of this device existing I’ll hold my excitement.. Prosser is annoying as anything and don’t trust his leaks since he was so sure about the MacBook Pro announcement and got trolled by Apple for it.

however, this Mini looks great and can’t wait to see if it’s true..
Reactions: vmistery, Rivvvers, michaelnugent and 22 others

shame it will get the underwhelming iPad OS that was just announced.
Reactions: I@beck, iLLUMI, rumz and 8 others

Day One purchase for me if true. One gripe I would have is a lack of 120Hz, but I’d probably suck it up and buy anyway.
Reactions: Oohara, ijbond, BigMcGuire and 9 others

...dials back the excitement
Reactions: nachodorito, whoknows2597, Rivvvers and 39 others

That's a day ONE purchase. That will also lock in the 13mini for me as well. I love my 5mini cannot imagine a full-screen version. Face ID would be the killer for me.
Reactions: Oohara, peanuts_of_pathos, 5883662 and 1 other person
T

Ah yes, the weekly "next iPad mini still has all the same things we thought it would have" article.
Reactions: midkay, MrFootery, miq and 1 other person
J

Because YouTubers and leakers doing so well this week!

some of their guesses anyone would make:

“Exclusive: there is going to be A new iPhone in the future!!! Shocker”.

see anyone can do it.
Reactions: MrFootery, eduardoregueiracampos, haruhiko and 2 others

Love it. This is going be massive hit with the smaller pencil.
Reactions: Oohara, peanuts_of_pathos, JagRunner and 5 others

Makes sense, should just be a smaller iPad Air, especially since it's more expensive than the home button education iPad.
Reactions: Oohara, peanuts_of_pathos and batmanofvietnam

Outside of the recent MBPro non-announcement at WWDC, Prosser was spot on with a ton of crap. I guess his status will be confirmed once the re-designed Air and Pro launch. His iMacs were close to spot on so those will be the tie breakers.

But from my experience with his leaks, I'm setting money aside for this mini! Would fit perfectly in my lineup.
Reactions: johnmarki, Oohara, kltmom and 6 others

I'm hoping this is a sooner, rather than later release. A smaller-bezelled mini would be perfect for me. Can use it to jot random notes during the day and it's nice to use for YouTube and browsing in bed.
Reactions: Oohara, peanuts_of_pathos, ijbond and 6 others

iPad Air, but make it mini
Reactions: johnmarki, peanuts_of_pathos, Tagbert and 10 others

What a lonely guy.......
Reactions: miq, Never mind and rafark

If this new design is the next Mini, I expect it to be released in Oct 2022.... starting price $499.
Reactions: peanuts_of_pathos, RevTEG, miq and 2 others

Where's my new MacBooks Jon ? Nothing more than clickbait trying to promote his new website. ?‍♂️

Does the iPad Pro have Touch ID in the power button?
Reactions: Surfman and Apple Knowledge Navigator