One Analyst Thinks the Next iPhone Will Have a USB-C Port, Smaller Notch, and Touch ID Under Display

At least one new iPhone released in 2019 will sport a USB-C port, smaller notch, and the return of Touch ID under the display, according to Jean Baptiste Su, Vice-President and Principal Analyst at consulting firm Atherton Research.

Su shared his prediction in a Forbes column about Apple lowering its revenue guidance for the first quarter of its 2019 fiscal year:

Although we believe that Apple will release a re-designed iPhone X in 2019--with a smaller notch, a fingerprint reader (Touch ID) under the display, and a USB-C port--it will still lack the extensibility (memory card), the battery life, the lightning-fast charging capability, and the camera quality of Android flagship smartphones while being more expensive.
Click to expand...

This is the first Apple rumor we've ever heard from Su, and the Forbes contributor network has published its fair share of questionable content about Apple in recent years, so treat this rumor with a healthy dose of skepticism. Many analysts not named Ming-Chi Kuo simply make guesses -- and not always educated ones.

Let's imagine these features prove to be true, though, and examine what that would mean for the next iPhone:USB-C: For many years, critics believed Apple would never switch to USB-C on its iOS devices, and then it did exactly that with the 2018 iPad Pro. Will the iPhone follow suit this year? Notorious supply chain publication DigiTimes seems to think so, so Su is not alone in his prediction.With many of the latest Macs equipped with USB-C or Thunderbolt 3 ports, which share the USB-C connector design, moving from Lightning to USB-C on the iPhone would create one primary I/O standard across not only Apple devices but hundreds of other electronics.The switch from Lightning to USB-C would almost certainly cause an uproar among at least some Apple customers, who already had to replace their docks, cables, and other accessories when Apple switched from its 30-pin dock connector to Lightning back in 2012.It's also worth considering that Apple has emphasized a wireless future, so one possibility is that the Lightning connector sticks around until there is no connector whatsoever.
Touch ID under the display: This one is hard to believe. Face ID is more secure than Touch ID and seems like Apple's authentication method of choice going forward, starting with the iPhone X and expanding to the iPhone XS, iPhone XS Max, and iPhone XR last year.Kuo agrees, noting that Apple doesn't plan to return to Touch ID in any capacity with its 2019 iPhone lineup back in September.
Smaller notch: This one is certainly plausible. As the iPhone design continues to evolve, Apple will surely find ways to reduce the size of the notch, even if only by a fraction of a millimeter.
It's only January, so we're still early in the rumor cycle about 2019 iPhones. Over time, we should get a clearer picture about what to expect from more reputable sources like Kuo. To date, we've heard the next versions could feature a triple-lens rear camera, Face ID improvements, slightly thinner displays, and more.

Article Link: One Analyst Thinks the Next iPhone Will Have a USB-C Port, Smaller Notch, and Touch ID Under Display

Yeah, and it'll also bring me breakfast in bed and fly me to work.
Reactions: psymps, NetMage, vnrwka and 14 others

FaceID a rush job as they couldn't do TouchID under the screen........ Confirmed.
Reactions: eduardoregueiracampos, julesme, booksacool1 and 20 others
S

The return of Touch ID?
I can't see it myself, but I'd take it.
Reactions: DeepIn2U, studio¹³¹, Mad Venture and 25 others

What good is USB-C if it will be locked down?
Reactions: witnessthefunk, ConfusedChris, MyMacintosh and 12 others

When does it start driving me to work? I'm looking forward to that upgrade. lol
Reactions: Agit21, hagar and Romeo_Nightfall

to have toucid means to have useless tech...until you touch to unlock..your phone is already unlocked
Smaller notch was rumoured before so this and usbC are very plausible
Reactions: DeepIn2U, Agit21 and FightTheFuture
M

USB-C is a feature that would get me to finally upgrade my 7 Plus.
I went from 3G to 5s because of fingerprint scanner. I went from 5s to 7+ because of waterproofing. No feature since the 7+ has given me any reason to upgrade, but USB-C on the iPhone would do it.
Reactions: Substance90, 19callum93, Maigrais and 8 others

Face ID & Touch ID? I'm not buying that one.
Reactions: StaceyMJ86, chabig, oneMadRssn and 1 other person

I just went from an iPhone 6s to an iPhone 7 and I got to say I'm happy
Reactions: jpn, Creepitor, KazKam and 1 other person
D

Curious how Apple will explain what they said about Face ID is the future, Apple going backwards would be an interesting move
Reactions: adamdport

TouchID? I suppose the headphone jack is coming back to?
Reactions: aylk, Hank Carter, Ashton Cofer and 11 others

The current iPhone has the optimal camera for its size. This concludes the chapter.
I don't think you can get much more out of it. 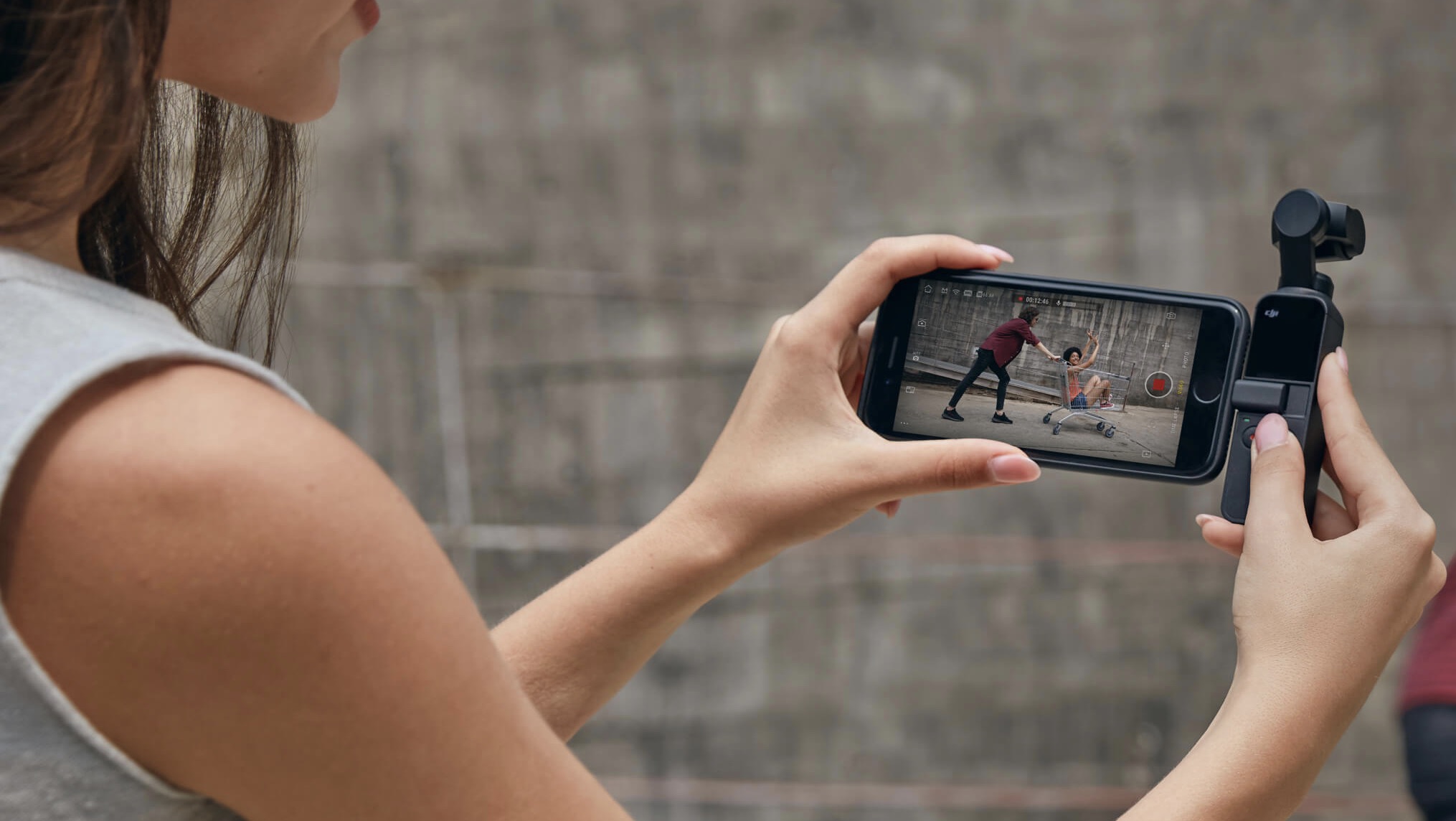 Hopefully, Apple's mindless marketing will not be competing for more lenses, but will be guided back on track by Apple's former technology leaders. The development of meaningful things such as FaceID monitors (Mac mini) and other simple but effective technical implementations made Apple famous. Not the race to compete in display size, gimmicks, wristband color and edge roundness.

As threatening as the market saturation in the iPhone sector is, there is hope that Apple will come to its senses again and no longer let itself be distracted by marketing games or crazy 'analysts', but will again develop new hardware and intuitive software, they were the best.
Last edited: Jan 4, 2019
Reactions: aylk and Geoko78

Much as I prefer Touch ID, Apple will dig in their heels and all future iPhones will have Face ID.

This "analyst" is just hedging all his bets.
Reactions: Hank Carter, NetMage, joy.757 and 7 others

One analyst doesn't have a clue what they're talking about. But can't hurt to make the prediction for the 0.1% chance it happens.
Reactions: NetMage, Kram Sacul, Creepitor and 3 others
C

MrGimper said:
FaceID a rush job as they couldn't do TouchID under the screen........ Confirmed.
Click to expand...

FaceID works extremely well for me, and more reliable than TouchID. Not bad for a rush job.
Reactions: Precursor, NetMage, gngan and 7 others

Well it looks like "one analyst" is wrong.
Reactions: NetMage, Agit21, Oblivious.Robot and 5 others

Apple adopt a industry standard AFTER everyone else? Swine will take flight before that day comes.
They only way Apple replaces Lightning if a new USB standard comes out and they adopt it first. They have a thing for being first.
Reactions: arkitect
C

“It will still lack the extensibility....battery life....and camera quality of the Android flagship phones....

Seriously? Has this guy even used an iPhone recently? The battery life is fantastic and only marginally beat out by *maybe* two or three Android phones, and the camera is one of the best on the market, with possibly only the Pixel 3 being better (and that is mostly software driven).

If he wants to hammer on the lack of a memory card slot feel free, but at least be genuine about it. The iPhone has never had one, and most likely never will. I don’t know a single person that has said “I’m not buying one because it doesn’t have a micro sd slot.”

That guidance sounds like an ad for Samsung.
Reactions: Lazy, NetMage, jpn and 7 others
M

Yeah, USB-C is not happening on the iPhone.. not that I would want it there

Maybe on USB-C (I personally hope so), smaller notch seems quite possible but I seriously doubt the underscreen Touch ID. FaceID works quite well and added underscreen FP reader means taking valuable space for other components.

Plus, Apple rarely ever walks back on something, and never if it’s not an utter failure. 3D Touch has added little to nothing for most users (most people don’t even know it exists) yet it still exists 3 generations after its first implementation in the 6s. Far more people bitch about the missing headphone jack than FaceID and that’s never coming back either.
Reactions: Precursor, NetMage and vmistery
D

FaceID is the most advanced and secure technology in any smartphone. No competitor has come close to replicating its security features. Apple is not gong to go back to the past when what it is doing today is so much better.
Reactions: NetMage, Kram Sacul, T-Will and 12 others
You must log in or register to reply here.
Share:
Facebook Twitter Reddit Email Share Link
Register on MacRumors! This sidebar will go away, and you'll see fewer ads.
Sign Up
Top Bottom