A Chinese tech blog bucked the iPhone rumor trend today by claiming it had received insider information from the Apple supply chain that Apple will release two iPhone models this year rather than the expected three.

Micgadget.com posted the rumor in the early hours of Tuesday, citing "some [of] our friends from Foxconn" who apparently "confirmed" that Hon Hai had received an order for two models, corresponding to two versions of Apple's radically redesigned OLED iPhone, the so-called "iPhone 8". 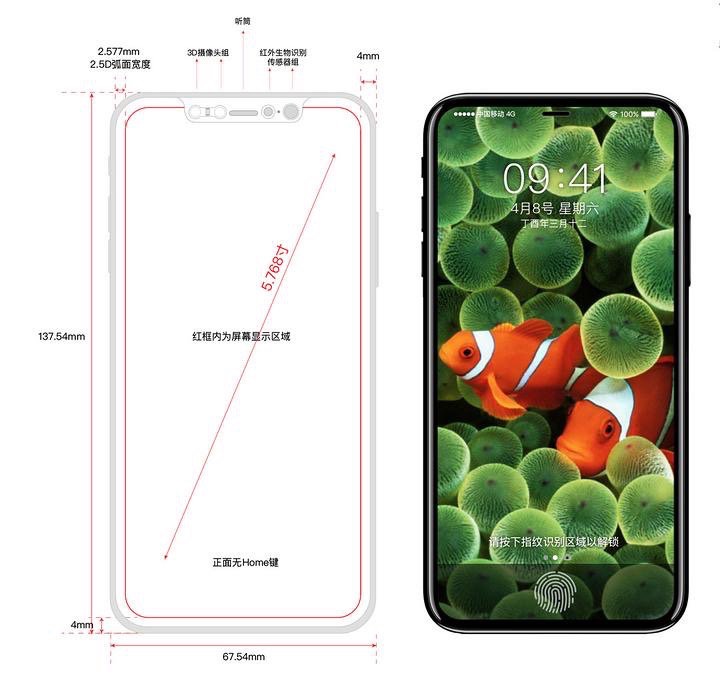 Rumors say that Apple will release two iPhone 7S and one iPhone 8 (or iPhone Edition) models. Today we can tell you, that it's not true. This fall we can see only two models with new technology. Very interesting that rumors leaked new iPhone 8 and big iPhone 8 Plus will have similar dual cameras.
Click to expand...

It's highly unusual for a supply chain rumor to go against the prevailing assumption this late into the iPhone cycle, and Micgadget.com has a mixed history of releasing information on Apple's plans. The site has also been pushing the idea that Apple will release an additional "iPhone 8 Plus" since at least February with little evidence to back up the claim, so we're covering this rumor merely to highlight our current doubts regarding its veracity.

For some time now, analyst expectations and supply chain hints have indicated that Apple will break away from its annual tradition of launching two models of iPhone and will instead reveal a radically overhauled smartphone in addition to its usual "S" refresh model updates.

The rumor trail began all the way back in March of 2016, when noted analyst Ming-Chi Kuo laid out his expectations that Apple would launch 4.7-inch and 5.5-inch LCD iPhones alongside a standout "premium" OLED model, because of supply constraints on AMOLED technology. Multiple reports have since corroborated this scenario, with Apple said to be aiming for a more complete transition to Samsung-made OLED displays in 2018 when supplies become more available.

Indeed, it's possible Micgadget.com is misinterpreting information from its purported Foxconn source for precisely this reason. Multiple reports suggest Apple will debut its redesigned OLED iPhone in September, but it could still face severe supply shortages until perhaps as late as October or November. Therefore, while orders for Apple's two LCD-based iPhones may have been cemented in good time for the usual August-September ramp-up in production, orders for an "iPhone 8" at the supply chain level may have still not been pegged down.

Apart from an edge-to-edge OLED display in a typical-sized 4.7-inch casing, the "iPhone 8" is expected to include wireless charging, no physical Home button, and perhaps 3D facial recognition and/or iris scanning. In addition, rumors suggest that Touch ID could be embedded in or under a True Tone display, or could possibly be relocated to the rear of the device if Apple can't perfect the under-screen technology in time.

Michaelgtrusa said:
This could be clickbait.
Click to expand...

Or this could be a way of Apple getting phones out for everyone to play with and love and abuse.
G

I'll be buying the most expensive one either way, hopefully the "edition"
Reactions: Appleaker, Jd3774life, Chumburro2U and 3 others

Gooberton said:
I'll be buying the most expensive one either way, hopefully the "edition"
Click to expand...

like it or not even two are too much

I hope they just do one 4.7 or 5in 7 phone and one 7plus/8SE at whatever size they are going with for all screen keep it somewhat simple. They don't have much room for error this go around everyone's phone is top notch these days and carriers are making it super easy to jump ship.
Reactions: IowaLynn

Zachari said:
God, that is ugly.
Click to expand...

Renders always have been.

Honestly, I'd prefer two models over three. Both models bezel free OLED screen with only a size difference.
Reactions: ILikeAllOS, MacRazySwe, The Weatherman and 16 others

DarkCole said:
Honestly, I'd prefer two models over three. Both models bezel free OLED screen with only a size difference.
Click to expand...

That would fit perfectly Apple's usual practice of releasing iPhone (normal size), Plus and keep the last year's one as a discount model. Which means lineup of

iPhone 8, 8Plus and 7.
I am fine with that. Please, 8 Plus.
Reactions: rodnaynay and Ashton Cofer

Anyone else concerned with the entire face being the screen, that it's going to look quite odd having a section cut out for where the front FaceTime Camera will be? (assuming they can't imbed it underneath the screen).

Can't be true with that 4mm bezel.
Reactions: supermars
A

That rendered phone I will pay all the money for. All of it. Entire wallet. Will sell house and children and organs.

If they put touch ID on the back? Lol no. No interest at all.
Reactions: Rok73, MaximizedAction, ZZ9pluralZalpha and 7 others
O

I'll say 2 iPhones with OLED one 4.7 and 5.8
Reactions: ColdShadow and Moorepheus

And specs being incremental up?
Reactions: aylk, Math889, rodnaynay and 4 others

I'll probably be stuck 'upgrading' to an old model, especially if they move the finger print scanner to the back. I'd rather a 7s or similar until they sort out getting that working through the screen.
Reactions: Aston441

We all have to start somewhere. Let's be a little bit more gracious with people.
Reactions: imnotthewalrus, Jws, smizzle and 3 others
C

And from that date, suddenly everyone will love rounded corners on screens.
D

I believe this. 8 (or whatever they call it) and 7s this fall, and maybe a 7se next spring. It could be sold as 8 is the Pro, 7s is the "iPhone", 7se is the mini.
Reactions: BlueCreek
T

I bought a couple of the Steve Jobs Action Figures from them back in the day before apple sent their lawyers after them. Good times.

"I have no idea what it is, or how much it will cost, or what it will do, but I am going to buy it"
Reactions: aylk