In addition to our more in-depth coverage of the latest Apple news and rumors at MacRumors, Quick Takes is a new column that will provide a bite-sized recap of other Apple-related headlines on weekdays. 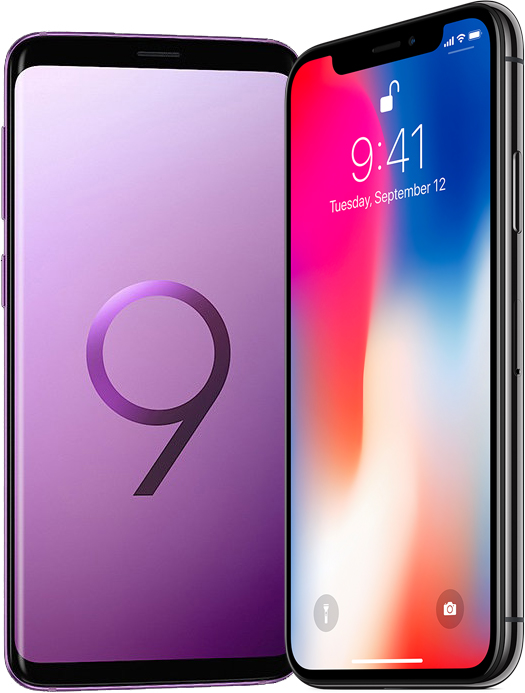 February is generally a slower time of the year for Apple, but Monday's news cycle has been slightly busier given it is the first day of Mobile World Congress in Spain, where many Apple rivals unveil new products.

Apple CEO Tim Cook will be co-chairman at the annual China Development Forum next month, according to The Wall Street Journal. It will be the second consecutive year that Cook speaks at the forum, and reportedly his fifth appearance at a major event in China in a little over a year.

Context: Cook has been visiting China more frequently in recent years as he attempts to strengthen Apple's relationship with the Chinese government. Apple is often at the mercy of Chinese laws, such as one requiring iCloud accounts in China to be hosted by a Chinese data center by the end of this month.

CBS today launched CBS SPORTS HQ, a 24-hour digital network offering live streaming of sports news, highlights, and analysis, but not actual games. The stream is free to watch in the United States on the CBS Sports website, and through the CBS Sports app for iPhone, iPad, Apple TV, and other platforms. 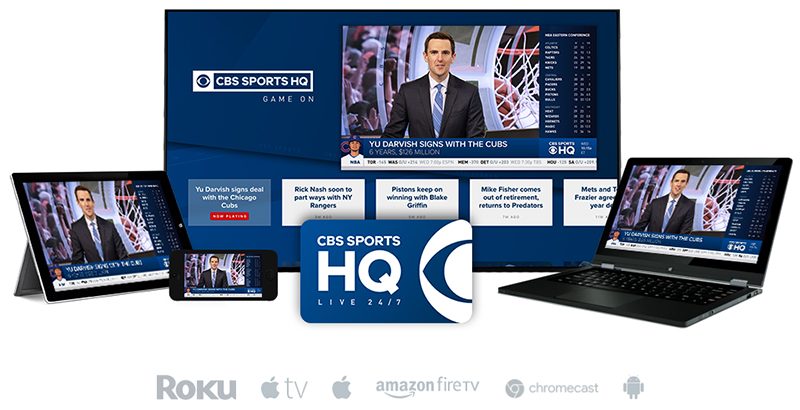 Context: CBS SPORTS HQ should cater to cord-cutters, and the best part is that no cable TV subscription is required. It should be the sports equivalent of CBS's successful CBSN streaming news network.

Billionaire investor Warren Buffett told CNBC that his company Berkshire Hathaway has purchased more shares of Apple than any other stock over the past year. Berkshire Hathaway increased its Apple holdings by 23.3 percent, to 165.3 million shares, according to SEC filings published a few weeks ago.

Context: Berkshire Hathaway has been increasingly bullish on Apple over the past few years. Buffett believes Apple has an "extraordinary consumer franchise" with a very strong ecosystem. AAPL is up over two percent following the positive comments, and up over 15 percent since February 8.

Samsung indirectly poked fun at the iPhone X during its Galaxy S9 introduction on Sunday. During the presentation, the company's marketing chief Justin Denison said "and as always, you know, there's no notch," referring to the cutout at the top of the iPhone X for the TrueDepth camera system.


Skip to the 18:00 mark to listen to Samsung poke fun at the iPhone X​
Context: While some other Android smartphone makers like Huawei and Asus appear to be embracing the notched design, the Galaxy S9 looks virtually identical to the Galaxy S8, with slim top and bottom bezels that uniformly stretch across the device. The device even retains a 3.5mm headphone jack.

A new unofficial app called OneCast has launched that claims to bring Xbox One game streaming to the Mac with 1080p video and low input lag. Features include support for multiple profiles, full screen or windowed mode, and playing with an original Xbox One wireless controller on Mac via USB or Bluetooth. 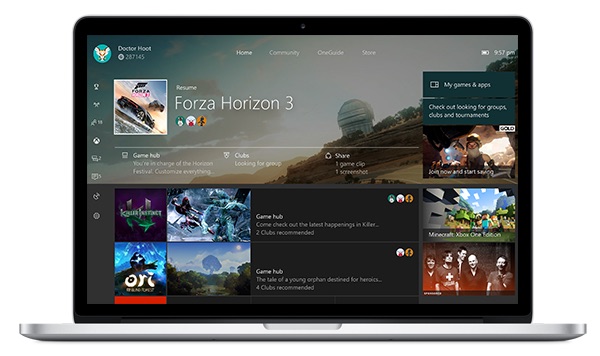 Context: The app allows Xbox One games to be played remotely, whether in another room away from the TV, or even while away from home by streaming over an internet connection. Keep in mind this app isn't sanctioned by Microsoft, which only officially supports Xbox One streaming on Windows 10.

For more Apple news and rumors coverage, visit our Front Page, Mac Blog, and iOS Blog. Also visit our forums to join in the discussion.

Are these ‘Quick Takes’ updated daily for the whole week or is there a new article for each day?

I see Samsung up to their usual Xerox-copying... not saying they don't come up with new coolness here and there, but this phone is not that.
Reactions: Wide opeN, ILikeAllOS and Mal_R
C

Blackstick said:
I see Samsung up to their usual Xerox-copying... not saying they don't come up with new coolness here and there, but this phone is not that.
Click to expand...

Their animoji ripoff is hilariously bad...like something I'd expect to see in an episode of Silicon Valley.
Reactions: LinusR, Wide opeN, Lionel Messi and 12 others

Oh Timmy... I wonder what China will tell him to do next. Maybe give them the source code to iOS so that local companies can 'aid' in development thus making iOS a Chinese product as well
Reactions: Wide opeN, Adam Warlock, Agit21 and 1 other person

enough with ad wars between two companies. Focus on your own products, guys.
Reactions: tino1970, freezelighter, Jesse Waugh and 3 others

pat500000 said:
enough with ad wars between two companies. Focus on your own products, guys.
Click to expand...

I wonder why Apple feels the need to try and lure Android users - https://www.macrumors.com/2018/02/26/apple-videos-lure-android-switchers/
B

Blackstick said:
I see Samsung up to their usual Xerox-copying... not saying they don't come up with new coolness here and there, but this phone is not that.
Click to expand...

I think it’s fair to say Samsung and Apple have copied each other from time to time. However, their New ARmojis are a particularly blatant copy.
Reactions: jasvncnt and Blackstick

I agree with people saying it's distasteful for Samsung to rub it in. They should've been classy and kept it at listening to customers' desires. When you're ahead you shouldn't make it a fool of yourself by belittling the competition.
Reactions: Brandhouse and GrumpyMom

mi7chy said:
I agree with people saying it's distasteful for Samsung to rub it in. They should've been classy and kept it at listening to customers' desires. When you're ahead you shouldn't make it a fool of yourself by belittling the competition.
Click to expand...

Are you serious ... Apple belittles the competition all the time, they are experts in the art of disrespect.

Just walk into any Apple store to hear their rants about Samsung, Microsoft Windows and every other company that makes competing products.
Reactions: WBRacing, pratikindia, jasvncnt and 7 others

In b4 "Apple only focuses on themselves only" <-------- Not true, Apple has been making fun of the competition for decades, since the 80's.
Reactions: pratikindia and Cloudkicker

That was some serious silence after every “iPhone joke” he had... Keep it classy dude
Reactions: ILikeAllOS, bobob, keysofanxiety and 4 others

After the Notch joke it was quiet for what seemed like forever.
Reactions: xDKP, bbfc, Lionel Messi and 14 others

MacRumors said:
While some other Android smartphone makers like Huawei and Asus appear to be embracing the notched design, the Galaxy S9 looks virtually identical to the Galaxy S8, with slim top and bottom bezels that uniformly stretch across the device. The device even retains a 3.5mm headphone jack.
Click to expand...

Props to them for keeping the headphone jack (not much props though, shouldn't be too hard to just leave it there). However, their screen has rounded corners too (creating "unsafe" zones for content, just like on the X). Also, I'd call their "notch" those ridiculous round-overs on the edges of the screen that make it difficult to hold without unintended touches and distorts content along the edges.

Sorry Apple and Samsung, these gimmicky screen shapes are nothing but UI cruft. I can't wait for the era of non-rectangular screen shapes to die as developers and users get fed up with having to keep making exceptions for ludicrous screen shapes. The trade-off just isn't worth brand recognition and looking new/different IMO.​
Reactions: subjonas, skinned66, redscull and 3 others

Cant they complete their presentation without comparing to iPhone/Apple?
Just tell what your products can do and why you believe its best. Why try and mock Apple always?
Reactions: ILikeAllOS, blake2, t1meless1nf1n1t and 1 other person

BornAgainMac said:
After the Notch joke it was quiet for what seemed like forever.
Click to expand...

Yes, I was cringing for him. Ugg.
Reactions: ILikeAllOS, keysofanxiety, David G. and 3 others

barkomatic said:
I think it’s fair to say Samsung and Apple have copied each other from time to time. However, their New ARmojis are a particularly blatant copy.
Click to expand...

Not really. They’re more like the bitmoji. The technology behind them is not quite as good because they don’t have the dot projector mapping the emoji to your face. It’s a pretty different look and the way they’re used is different. They can be used in more than one messaging app as well.
1

Damm! I forgot Apple has patented "Micky" !
Shame on you Samsung! /s

Yeah we've seen how these Apple jokes has done so well for them in the past. Apple continues to kick their asses where it counts the most P R O F I T! Samsung's phone division can only dream of that level of profit... Samsung sells volume, but this latest update is nothing more than 8 reincarnated with some copy cat emojis'. Seems Samsung wants to be just like Apple when they grow up! hehehe
Reactions: eltoslightfoot

Samsung can poke fun all they want. Apple will continue to grow, expand, and lead the way for quality products that compliment multiple devices and needs.
Reactions: ILikeAllOS, Crow_Servo, keysofanxiety and 3 others

That Samsung presentation is sooo boring unlike their promo video

Those were the days.. Mac vs. PC. Except now we have Tim Ballmer CEO at Apple!
Reactions: crumpetkerfuffle and rafark
You must log in or register to reply here.