Toyota and its luxury brand Lexus are starting to roll out an all-new infotainment system with large touchscreens, wireless CarPlay and Android Auto, and more, and I recently had a chance to go hands-on with one of the first vehicles to get the new system, the 2022 Lexus NX. 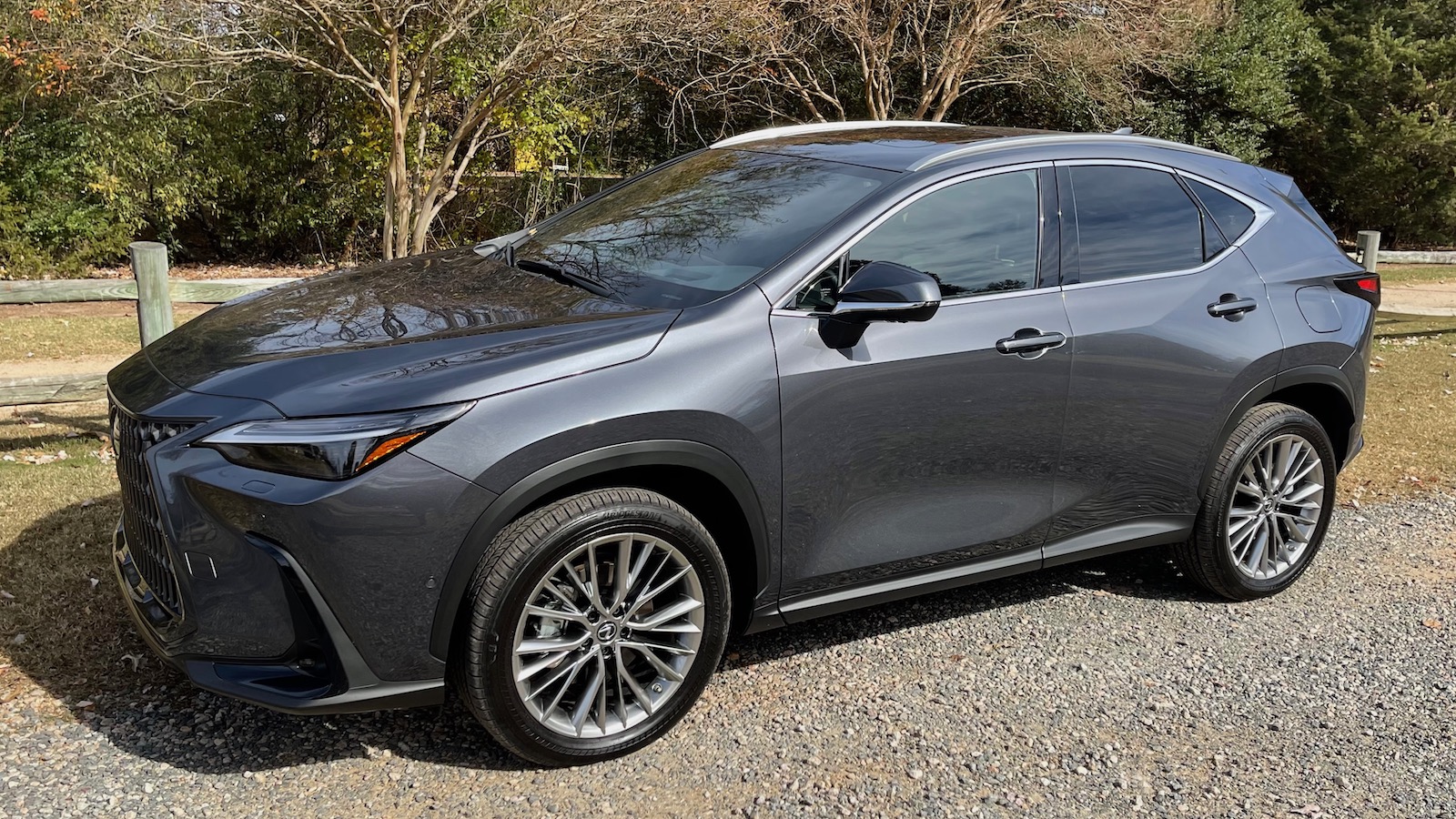 My test vehicle was an NX 450h+ AWD plug-in hybrid priced at nearly $60,000 that comes with a spacious 14-inch main infotainment display. Lower trims of the NX come with a standard 9.8-inch display that can be upgraded to the 14-inch one.

The infotainment system is similar on Toyota and Lexus vehicles, and it's known as Lexus Interface on the luxury brand. The system delivers a modern, clean look that's heavy on light gray backgrounds during the day and dark gray at night. 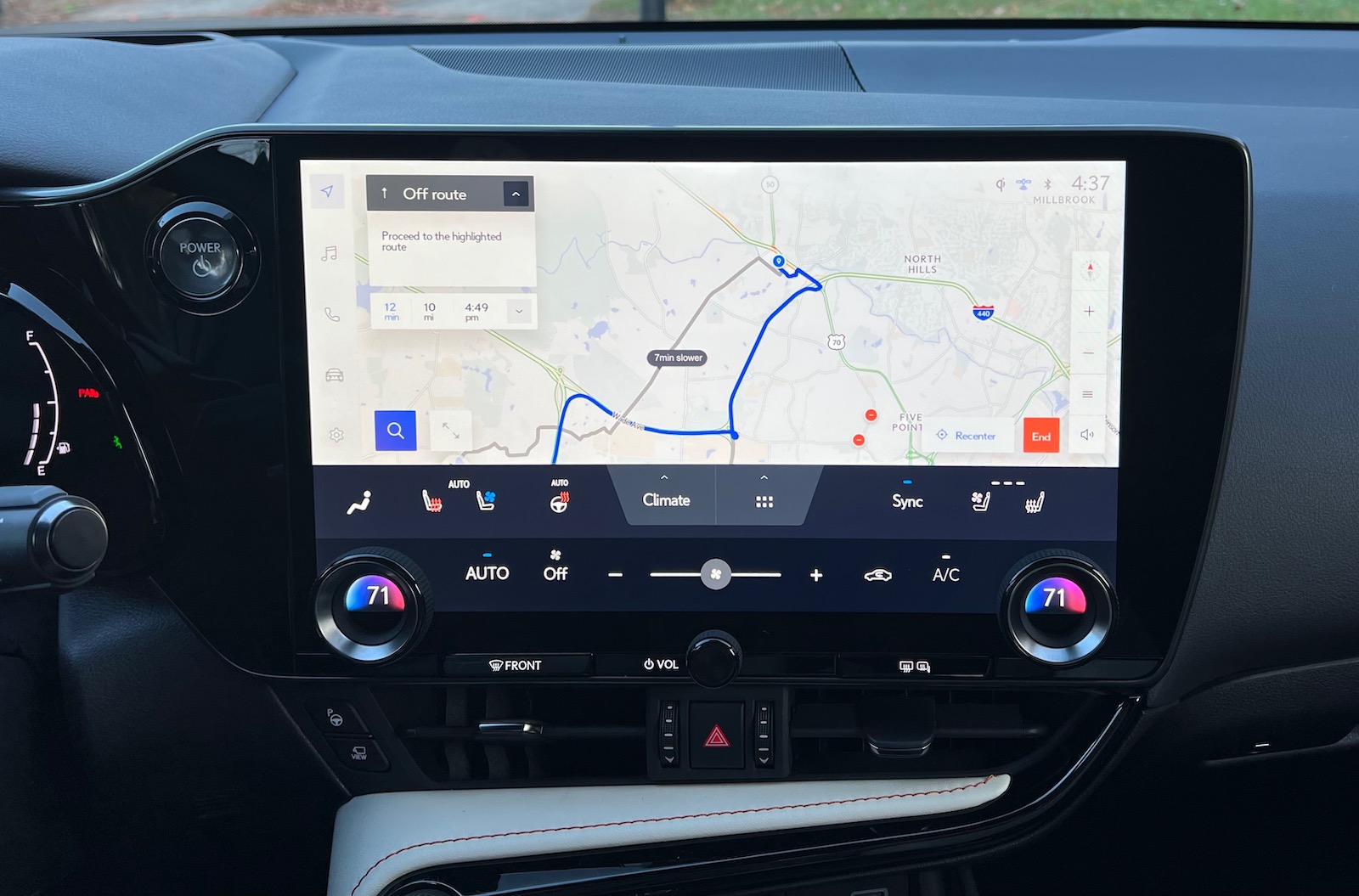 For the NX, Lexus has opted to go for a very streamlined look for the dashboard that incorporates most of the climate controls into the main infotainment screen. On some other vehicles such as the 2022 Toyota Tundra with essentially the same system, climate controls remain primarily hard buttons below the infotainment screen, so Toyota is being somewhat flexible depending on what it believes the target market for each vehicle will prefer.
Click here to read more...

“How can we publish an article about a car on a website related to Apple products?”

“Right! Publish it!”
Reactions: CYB3RBYTE, Lemon Mac, Oblivious.Robot and 11 others

This thing is going to go $40k over MSRP
Reactions: sfny, SilverWalker and TakeshimaIslands
M

Sorry but the MBUX from the EQS is top notch in every regard
Reactions: AnorexicPig

Probably one of the better non-fullscreen CarPlay implementations.
Reactions: PTVMan
B

Forget CarPlay. It should have a cover band in the back seat to play your requests for $60K.
Last edited: Nov 30, 2021
Reactions: Pootie Tang, Agile55, AAPLGeek and 1 other person

This option will cost you 5k extra for this car (or base versions/any version/any make/any car ...version)

IMHO : I find the console to have a bad design style. The screen is mounted in some weird shape shiny dust collector plastic. It almost feels like they have too many design options and they couldn't decide which one is better and so they put them all .. in one place.

note to the reviewer : most of the pictures as closed detailed shots . People want to have perspective so that they can understand how design ideas collide with each other , is it fluent ? for instance, how is the steering wheel positioned in respect with the infotainment , what is passenger view with the rest of the dashboard ? Even if it's just a "screen" review, you should have captured all the other aspects.
Reactions: TMax, TroyJam, SilverWalker and 3 others
T

TSE said:
This thing is going to go $40k over MSRP
Click to expand...

Agreed. I was in the market for a new car, Lexus was 15K above MSRP, CRV was 2-3K above MSRP, Ford Mach-E was ...20k above MSRP! I tried as did not want to go Model Y route but ended up getting a Y. So far happy about about it.
Reactions: SilverWalker, drew0020, TSE and 1 other person
M

On the contrary, I will buy them while Big Government still allows it. For my use case EVs cannot do the job. Long distance at freeway speeds, loads.
If I was only doing school runs in the city and surplus cash it might be different. Even then hybrids like this car are more flexible.
Reactions: Ghost31, TMax, w7ay and 2 others
M

I’ll take a hellcat while I can get one over overpriced Lexus junk. Toyota makes a solid car but this ain’t it.
Reactions: Beck Show and SilverWalker

Dealer upgraded my q50 to wireless CarPlay. Works great and for short trips don’t have to mess with wires.

mariusignorello said:
I’ll take a hellcat while I can get one over overpriced Lexus junk. Toyota makes a solid car but this ain’t it.
Click to expand...

Better hurry, they will be gone the end of 2023 unless something changes.
Reactions: mariusignorello

Yuck. I can't stand it when the display is used for climate controls...really hate it.
Reactions: SBlue1, SilverWalker, AppleTO and 1 other person

I wish it weren't as janky to have third party consoles. Most auto manufacturers' interfaces I've worked with are horrendous, wish for some standard with an open bay so you can swap console by someone who knows how to develop software... Or even use a console with cassette input. But with more cars turning into computers, seems a pipe dream.

Have any of the people designing these systems actually tried to use one while driving a car? Touchscreen climate controls are the worst.
Reactions: TMax, SBlue1, AAPLGeek and 2 others

Well, you sure are cocky, jeremy.
Reactions: Ghost31, Solomani, SBlue1 and 2 others

Lexus NX300 is a good luxury compact SUV. This 2022 is even better looking.
Reactions: logics8
D

TSE said:
This thing is going to go $40k over MSRP
Click to expand...

Only crazy dealers will markup $40k over MSRP no one is going to buy it. You can buy Taycan base model with that price.