Apple is rumored to be working on a new version of the iPad mini with a larger display size, and Japanese site Mac Otakara today shared some details on the upcoming tablet with information said to be sourced from the Chinese supply chain. 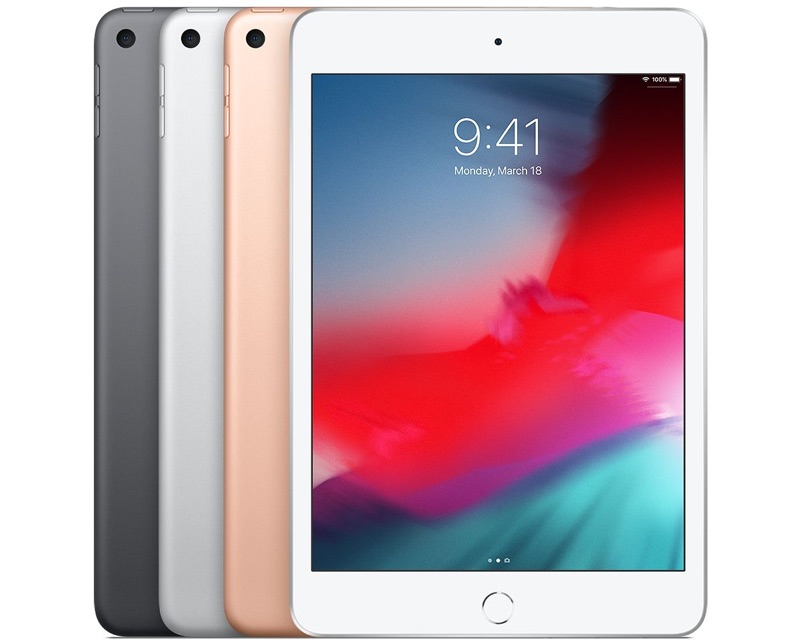 The upcoming iPad mini is said to have an 8.4-inch display, up from the current 7.9-inch screen size. It will have slimmer bezels and will look similar to the iPad Air 3, a design language that Mac Otakara said Apple would also be using for the ninth-generation low-cost iPad.

The iPad mini 6 will have a design that's unified with the upcoming low-cost iPad, and will continue to feature a Touch ID Home button with top and bottom bezels and a Lightning port.

Mac Otakara believes that the refreshed iPad mini will see a March launch, so it could perhaps debut at a March event if Apple has one planned.

Apple analyst Ming-Chi Kuo said in May 2020 that the next-generation iPad mini would have a display that measures in at 8.5 to 9 inches. He has also said that Apple is working on an iPad mini with a mini-LED display, but it's not clear if the iPad mini 6 is the iPad mini that will have the upgraded display.

Reactions: Solomani and Ravi_MR
A

I‘ll preorder day one. Mini is one of my favorite Apple devices.
Reactions: billcod, psac, Digital Skunk and 17 others
Comment
F

my favorite iPad. i use the mini much more than the pro.
Reactions: Digital Skunk, c:v, BorgCube and 11 others
Comment
I

Will it have a jack ?
Reactions: Burebista, Hammerd and macsound1
Comment

BallparkDreamer said:
I‘ll preorder day one. Mini is one of my favorite Apple devices.
Click to expand...

To bad it's not a mini anymore.
Reactions: kyte, jagolden, Precursor and 5 others
Comment
M

Hope the sticking with Lightning part is wrong.
Reactions: jimthing, MareLuce, [AUT] Thomas and 7 others
Comment

Wouldn’t smaller bezels mean the form factor would probably retain the same or similar dimensions with a bigger screen?
Reactions: Havy2, IndyRobb, MacAddict1978 and 32 others
Comment

I wonder if Lisa’s sensor is going to be included.
Reactions: PickUrPoison, iGüey, Jovijoker and 1 other person
Comment

Home button? If this isn’t like iPad Pro design I’m not buying it.

why does apple refuse to make the product everyone wants?
Reactions: Spankey, MacAddict1978, Jezzag and 27 others
Comment
D

Thanks for reporting on the iPad Mini. Been patiently waiting for an update on Kuo's "first half of 2021" prediction.

Smaller form factor with the same screen size as before would have been better. The purpose of it is to be mini. Not to get a bigger screen
Reactions: MacAddict1978, Precursor, grefenius and 11 others
Comment
S

Hammerd said:
Smaller form factor with the same screen size as before would have been better. The purpose of it is to be mini. Not to get a bigger screen
Click to expand...

its all about dimensions not the display per say
Everyone wants bigger display in the same dimensions...there is no drawback

If you go smaller form factor...the difference between iphone pro max and ipad mini will become just the aspect ratio...
There is no point in that as apple history told us
Reactions: MacAddict1978, iGüey, bklement and 5 others
Comment

I thought the new iPad mini will mirror the new Air (4th gen).
That is having slim bezels like the Air, Touch ID on the power button , USB C and Apple Pencil 2 support and with A14 Bionic for $499.
Reactions: MacAddict1978, dalestrauss, calstanford and 21 others
Comment

I think this rumour is wrong.

According the the previous rumor from the same source. The new low cost iPad would have the same design as the iPad Air 3rd gen and the price would be $299.

If the rumor is true what will the price of this iPad mini?
If it will be the same as $399 what should be advantages of buying it over the cheaper normal iPad for $299? A14 Bionic?
Reactions: Homme, Tagbert, Jovijoker and 2 others
Comment

Time to upgrade my iPad mini 4, although I had hoped for the iPad Air 4 design. If the mini 6 keeps the same logical resolution as before, touch targets and text etc. will become slightly larger (by 6%), which is a good thing.
Comment

to get people to buy the iPad Air 4 which is a bigger jump in price than before if they want a less dated design
Reactions: iGüey, Jovijoker and KeithBN
Comment
C

BallparkDreamer said:
I‘ll preorder day one. Mini is one of my favorite Apple devices.
Click to expand...

I would too if it was iPad Pro style. I don’t see enough of a change to move from the 5.
Reactions: Denzo, Syk, iPhilPHX and 6 others
Comment

AmazeSE said:
If it will be the same as $399 what should be advantages of buying it over the cheaper normal iPad for $299? A14 Bionic?
Click to expand...