Apple's next lower-cost iPad could feature a Touch ID power button and a repositioned FaceTime camera, according to Japanese blog Mac Otakara. 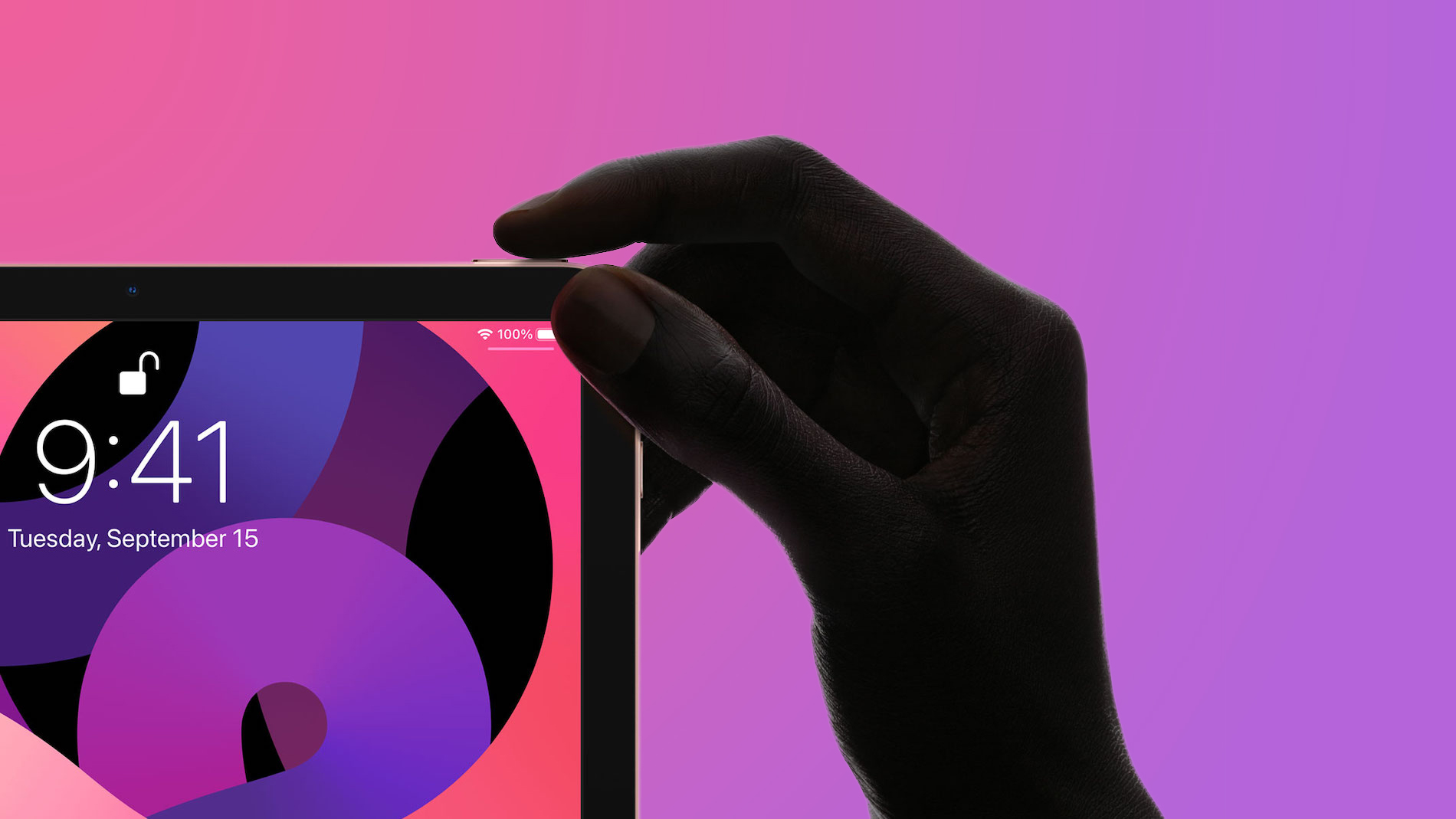 The report cites multiple Chinese sources who claim that alleged renders of the 10th-generation iPad shared earlier this month do not accurately depict the position of Touch ID or the front-facing FaceTime camera on the device.

First, while the renders showed the iPad with a traditional Touch ID home button in the bottom bezel, the report suggests the device could have a Touch ID power button on the top edge of the chassis, like the latest iPad Air and iPad mini models.

Second, the report claims that the FaceTime camera could be positioned in the right bezel of the device for landscape usage. The report says that Apple's Center Stage feature that helps to keep you centered within the frame during video calls works better when an iPad is placed in landscape orientation, and says that the FaceTime camera's new position in the right bezel would accommodate this usage scenario.

Mass production of the 10th-generation iPad is reportedly underway. Apple is expected to announce the device at an October event, partly because iPadOS 16 has reportedly been delayed until October, although it's worth noting that the ninth-generation iPad was unveiled in September last year alongside the iPhone 13 and a new iPad mini.

If true, these would be welcome additions. Having the camera on top of portrait mode makes for wonky video calls/meetings in my opinion.
Reactions: TheYayAreaLiving 🎗, Jovijoker, GuruZac and 7 others

Since we're posting about "sketchy rumors"

I've got it on good authority Apple will be releasing an iPhone before end of 2022.
Reactions: Scarboose, dubstar82, 19callum93 and 8 others
M

I use my 5th-gen iPad as a music player for events. Someday I will have to replace it.

It will suck having to use a dongle for such a simple task.
Reactions: Jovijoker, staypuftforums, Porco and 2 others

Landscape camera would be the only reason to upgrade over last years. M2 won’t be worth it.
Reactions: Jovijoker and Nickerbocker

I bet both the Touch ID and landscape camera happen.
Reactions: Jovijoker, Veinticinco, imnotthewalrus and 3 others

Just fix the jelly scrolling on iPad Mini. This is what we care about.
Reactions: Adamj53, dubstar82, Sixteengigabytes and 9 others
J

I have a 2018 11" iPad Pro, and they only thing that would make me upgrade is a landscape camera. It should have been moved years ago.
Reactions: Jovijoker, Seanm87, idrewuk and 4 others

I'm not going to believe this unless it goes to "shady" rumor level.
Reactions: wideEyedPupil, HardRain, L23 and 13 others
W

I have had iPads with a traditional touch ID home button, touch ID power button, and face ID.
IMO, touch ID power button is the worst of the three, unreliable and slower.
IMO it needs to work 99% of the time, not 75%. 25% not working is extremely irritating, not worth having. YMMV.
Last edited: Aug 22, 2022
Reactions: Student of Life, siddavis and klasma
S

After the Apple RTO article I think they’re bored 😆

Sketchy rumor from a source (Mac Otakara) that is accurate enough to be taken seriously.

Not many people believed the reports we ran about the iPhone shipping without a charger in the box, or the MacBook Pro getting a notch.

Let's see what happens. It may or may not be true. But either way, this is a rumors-focused website.
Reactions: Jovijoker, Seanm87, Crow_Servo and 12 others
D

If true, then all refreshed iPads except for the Mini will have landscape cameras.
Last edited: Aug 22, 2022
Reactions: Jovijoker

The initial rumor about the notch on the MBPs was also reported as "sketchy", and people asked the same question in that thread as well.

It is Mac Rumors, not Mac Facts.
Reactions: Jovijoker, mcru21, Seanm87 and 5 others

Apple could make a killing by selling something that looks like the current iPad Air but with (comparatively) dated internals.

Doing a very conservatively spec'ed 10.2 budget friendly version of the iPad Air with added Apple Pencil 2 support would be a hit.
Reactions: PlayUltimate and imnotthewalrus

These changes would be much appreciated given the majority of $329 iPad owners are likely using it for media consumption. The Home Button on the iPad has been redundant since iPadOS 13.
Reactions: Jovijoker and smythey

Landscape camera is what I’m waiting for.
Reactions: Jovijoker

I use my 5th-gen iPad as a music player for events. Someday I will have to replace it.

It will suck having to use a dongle for such a simple task.
Click to expand...

That's what people said about the VGA ports when they became obsolete too
Reactions: TheYayAreaLiving 🎗

-BigMac- said:
That's what people said about the VGA ports when they became obsolete too
Click to expand...

VGA was obsoleted by better connectors. But we're still using a cable.

I know Bluetooth is supposed to be the answer whenever anyone mentions losing the headphone jack.

Well sorry... I'm not gonna use Bluetooth to connect an iPad to a sound system in a church or other performance venue.

Landscape camera on an iPad is an instant buy for me. Bring it to iPad pro and I’ll replace our iPads company wide Day one.
Reactions: Jovijoker and whatta