Taylor Swift has decided to stream her most recent best-selling album "1989" on Apple Music when the music service launches on June 30 next week, just days after Apple reversed course and agreed to pay artists and rights holders on a per-stream basis during the free three-month trial period -- specifically, Apple will pay 0.2 cents for each song streamed during a customer's trial.

Swift says that she has not reached an exclusive deal with Apple Music like Pharrell Williams has for his upcoming single "Freedom" previewed at WWDC, noting that her decision was purely because it was "the first time it's felt right" for her to stream her album. "1989" and other Swift albums remain unavailable to stream through rival service and market leader Spotify. 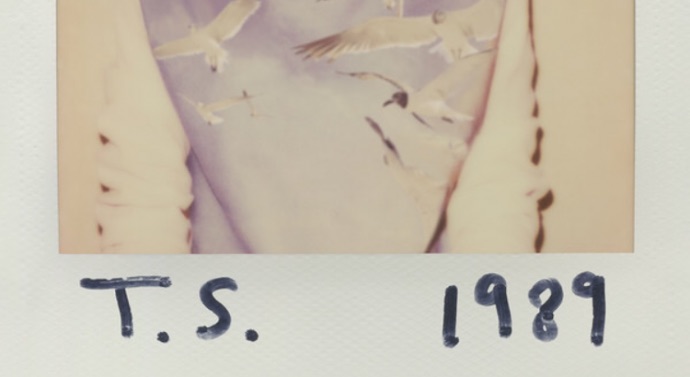 In case you're wondering if this is some exclusive deal like you've seen Apple do with other artists, it's not. - Taylor Swift (@taylorswift13) June 25, 2015
Click to expand...

This is simply the first time it's felt right in my gut to stream my album. Thank you, Apple, for your change of heart. - Taylor Swift (@taylorswift13) June 25, 2015
Click to expand...

Swift originally vowed not to stream "1989" through Apple Music because of Apple's plans to not pay artists during the free trial period, although the iPhone maker quickly changed its mind after the pop artist published an open letter on her Tumblr blog that criticized the move on behalf of all indie artists. "We don't ask you for free iPhones. Please don't ask us to provide you with our music for no compensation," wrote Swift.

Since changing course, Apple Music has signed over 20,000 indie labels through deals with licensing groups Beggars Group and Merlin earlier this week, and reversed a PR disaster in the process. "We think Apple Music provides artists with a business model that's good for the long term and we look forward to its launch on June 30," said the music groups after reaching an agreement with Apple.

Apple Music was announced earlier this month as an all-in-one streaming music service, live global radio station and social platform for artists to connect with fans. The subscription-based service will be available for $9.99 per month after a three-month free trial for iPhone, iPad, iPod touch, Mac and PC. Apple TV and Android versions of the service will be available in the fall.

This is huge!!! Nobody else has this album on their streaming service.
Reactions: HopefulHumanist, Lukkee24, kerrikins and 15 others
Comment
T

Yasss mama Swift, come thru and slay me!!
Reactions: rjalda100, HopefulHumanist, Lukkee24 and 5 others
Comment

Oh no, I kinda feel bad for spotify.
Reactions: booksacool1, Arndroid, Gasu E. and 3 others
Comment

Oh poor Spotify! I hope Apple Music will be available in my country by June 30.
Reactions: HopefulHumanist, Jamalien, Alumeenium and 3 others
Comment

She had to after that response from Apple. If she didn't she would've looked bad.
Reactions: rjalda100, Skoal, Swordylove and 26 others
Comment

Since she spoke up it was only fitting to at least put up. Good for her and as dumastudetto mentioned, this could be pretty good for Apple!
Last edited: Jun 25, 2015
Reactions: Gasu E., Liam555, Chuck Kostalnick and 2 others
Comment
H

Awesome! I won't listen to it, but at least it's my choice!
Reactions: MaximizedAction, Jamalien, Gasu E. and 4 others
Comment
C

This whole stunt was a PR move from the beginning.
Reactions: booksacool1, hipnetic, Skoal and 35 others
Comment
C

Does this mean we can stop the Taylor Swift posts now?
Reactions: booksacool1, Skoal, imanidiot and 30 others
Comment
E

Poor Spotify. Apple Music now has the best selling album of the last 2 years at their disposal.
Reactions: HopefulHumanist, Lukkee24, Arndroid and 10 others
Comment
T

Best marketing/advertising ever. Write a letter to apple... create news cycle.... now stream album. Payment is only 0.2 cents per song stream, but that could really add up if millions stream the album.
Reactions: HopefulHumanist, MyMacintosh, Lukkee24 and 6 others
Comment
O

Hopefully in the next 3 months, her album shows up on Spotify too.
Reactions: MyMacintosh, Lukkee24 and Sandstorm
Comment

dumastudetto said:
This is huge!!! Nobody else has this album on their streaming service.
Click to expand...

All is well in Apple world. I call it Apple world peace.
Reactions: 212rikanmofo, WickedMessenger and StoneJack
Comment
J

Bam. Now if Apple gets The Beatles onboard with this, I'll drop Spotify like a hot rock.
Reactions: tonyr6 and IGI2
Comment

dumastudetto said:
This is huge!!! Nobody else has this album on their streaming service.
Click to expand...

But is it really that huge? I'm pretty sure that most people that would care about this already own her album anyway.

What do I know? I personally couldn't care less about Taylor Swift.
Reactions: Skoal, imanidiot, duncansby and 11 others
Comment

Apple Music with Taylor Swift on their side will definitely take down Spotify. RIP.
Comment