Apple CEO Tim Cook attended one of Apple's Hour of Code events in New York this afternoon, where he spoke to Mashable's Lance Ulanoff about the new iPhone 6s Smart Battery Case, which debuted yesterday.

Ulanoff asked Cook if he was excited about the "hump," a mocking nickname people have given to the battery case due to its distinctive shape. In response, Tim Cook said he was aware of the comments people were making about the case. "You know, I probably wouldn't call it 'the hump,'" Cook said.

Cook went on to point out the malleability of the new Smart Battery Case in comparison to other battery cases. It's made of a soft silicone that makes it easy to put on and remove, unlike more rigid cases from third-party companies.

Cook was pointing out the issue with cases, like those from Mophie, that are so rigid it takes considerable strength and patience to put them on and take them off.

"If you make this solid all the way across," said Cook, indicating the spots where the Apple case's embedded battery stops and you just have the soft fluoroelastomer casing, "in order to get it on, you'd find it very difficult to get it on and off."

"So the guys had this great insight to put the bend in along with making it a smart case," Cook explained.
Click to expand...

Cook also commented on the viewpoint that the case is an admission the iPhone 6s battery is too small, saying most people who charge their iPhones every day won't need the case. "But if you're out hiking and you go on overnight trips... it's kind of nice to have," he said.

Apple introduced its iPhone 6s Smart Battery Case yesterday morning, and its distinctive humped design quickly led to derision and negative comments from iPhone users. Reviews of the Smart Battery Case were also not overly positive as the case doesn't have enough capacity to fully recharge an iPhone and it's missing some features that are found in third-party battery cases.

Apple's Smart Battery Case for the iPhone 6s is priced at $99 and is available from the online Apple Store and Apple retail locations.

I still think they could have cascaded the batteries like they did on the new Macbook 12"... I mean, why not?
Reactions: AleXXXa, t1meless1nf1n1t, attila and 3 others

How does he defend withholding the capacity of the battery?
Reactions: AleXXXa, JackANSI, jweinraub and 6 others
T

Well hump is better than tumor.
Reactions: AleXXXa, mrxak, ZubaZ and 12 others

Allewsive said:
I still think they could have cascaded the batteries like they did on the new Macbook 12"... I mean, why not?
Click to expand...

The hump looks so wrong.
Reactions: omenatarhuri, AleXXXa, uid15 and 9 others
C

I vote this as ugliest product Apple has released in the past decade or so.
Reactions: scott.n, omenatarhuri, garbeth and 98 others
J

Neirin said:
How does he defend withholding the capacity of the battery?
Click to expand...

Probably the same way he'd defend withholding the amount of RAM in an iPhone.
Reactions: Demo Kit, AleXXXa, pondhopper and 14 others

Steve would be shaking his head right now!
Battery cases should be obsolete. They are clunky and ugly.
Reactions: AleXXXa, Darkwalker, DreaminDirector and 52 others

It looks like the phone has a tumour Tim. Sort it out mate.
Reactions: 341328, AleXXXa, JackANSI and 20 others
F

From a stylistic standpoint I agree that it's a poor design, but from a functional standpoint I think that Cook has a valid point.
Reactions: dennysanders, Minhimalism, linuslh1996 and 20 others
3

Ugliest thing I have ever seen! Serious... this is as bad as the iMac puck mouse.
Reactions: AleXXXa, trifid, WhySoSerious and 9 others

No one thought to ask, "why not make the iPhone a bit thicker with extra battery in the first place & make the camera flush".

I actually agree. I've owned MANY battery cases, for many models of iPhone, and I'm excited to receive my Apple battery case. A soft case like the silicone apple case I've had on my iPhone 6 for over a year.

Most cases are rigid, tough plastic that typically snaps together in two or more pieces. Bright LED lights that you can't disable while it's charging, and on/off switches that I've never understood the point of. This case fixes all of these issues, and is only thick where it has to be. It's not thick at the top and bottom where the battery isn't. Yes it's weird looking, but actually looks like it will be comfortable to hold.

The only drawbacks are it's less mAh than most of these cases, and it's expensive. Considering the smart features, partially slim profile, antennas, and lightning port, I'd say those things are easily ignored.

People need to get off their high horse about "design" and "Steven Jobs wouldn't have allowed this". This is a mostly elegant way of providing additional power and doing a decent job of it.
Last edited: Dec 9, 2015
Reactions: Bensalama21, panther quest, nj1266 and 40 others
J

Meanwhile, the thick antenna lines are a thing of beauty….
Reactions: Demo Kit, AleXXXa, mrxak and 8 others
A

Of course Tim Cook is going to not call it any derogatory names! He APPROVED THIS HIDEOUS iHump of notre dame atrocity!

Apple does what they do best! Hypocrites! 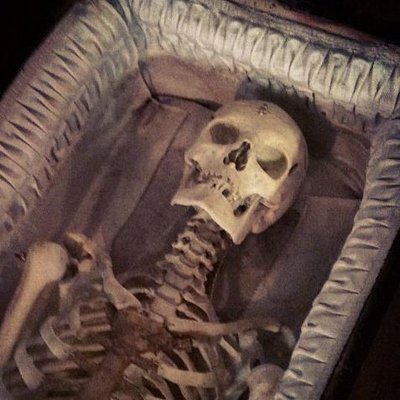 Neirin said:
How does he defend withholding the capacity of the battery?
Click to expand...

It's almost as though he expects us to get that invaluable information from another source.
Reactions: cjgrif, Max(IT), Apples n' Stone and 3 others
J

I knew it! I knew it! I knew it! That was his personal project and that was his idea. I'm sure his name was the inventor for patent submission. Go ahead Tim since the media likes you anyway, feel free to convince them that it was one of the best thing happened to Apple this year. He don't like calling it hump, iHump sounds more like Jobs' idea. He wants us to call it the Apple Hump Case!
Reactions: AleXXXa and Benjamin Frost

1. You approved this fugly case, why? Is profit that important ? Brand reputation before $
2. When buying a case with an extended battery, the ability to take remove the iPhone is very long way down the list. Shockingly, once you the the phone in, for most people it will remain in that state, probably until they decide to sell it and want to clean it.

You have launched a product people are laughing at, including the faithful, time to play CEO and not the really nice bloke! This reminds me of apple before Jobs came back, some silly products that should never have made it past the conception stage.
Reactions: Demo Kit, AleXXXa, WhySoSerious and 19 others

As Arnold Schwarzenegger once famously said while playing Detective John Kimble..."It's not a tumor!"
Reactions: scott.n, snowmoon, NMBob and 8 others
P

I don't see any reason why the case would still be hard to put on if the battery were the same size but the soft silicone were just more tapered. It would still be easy to put on given how flexible the silicone is.
Reactions: GrumpyMom and BarracksSi

trifid said:
I vote this as ugliest product Apple has released in the past decade or so.
Click to expand...