The Wall Street Journal reports that iPhone X production issues were due to a supply imbalance of components dubbed Romeo and Juliet. 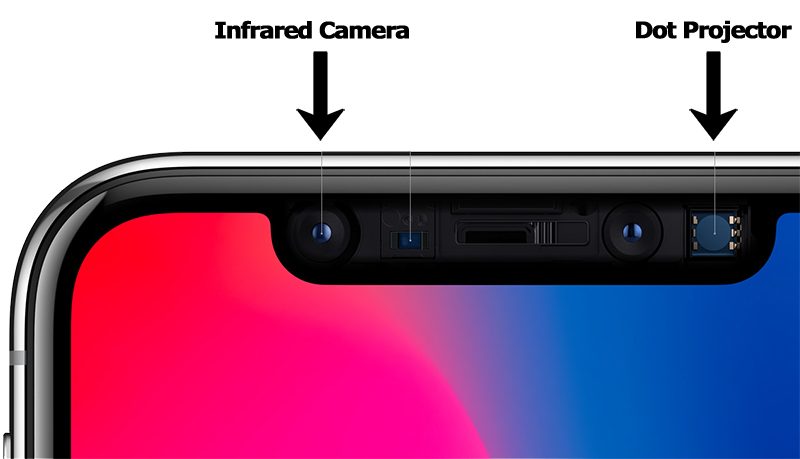 The report, citing people familiar with the situation, claims it has taken more time to assemble the Romeo module than the Juliet module, both part of the iPhone X's new TrueDepth facial recognition system for Face ID.

The so-called Romeo module reportedly includes the dot projector that beams more than 30,000 invisible dots to create a precise depth map of your face, while the Juliet module includes the infrared camera that analyzes the pattern.

Earlier this week, both KGI Securities analyst Ming-Chi Kuo and sources speaking with Nikkei Asian Review said the TrueDepth system has indeed been a significant bottleneck for Apple suppliers manufacturing the iPhone X.

One of The Wall Street Journal's sources said the assembly process is now moving smoothly, but the production issues add to concerns about extended shortages when iPhone X sales begin in early November.

“For never was a story of more woe than this of Juliet and her Romeo.”
Reactions: Zenithal, Cameroncafe10a, spangled and 38 others

Whatever. TouchID will be back next year..
Reactions: wdog119, mj1108, killawat and 9 others
B

Exactly. Wait until next year. Skip this one for sure.
Reactions: Fraye, ctc799, realeric and 9 others

Only if they get it to work under the display.
Reactions: supremedesigner and arkitect

Yeah exactly embedded in to the display. That will be freaking Cool!!


Somebody had to do it.
Reactions: jyen, pohl, GrumpyMom and 3 others

The report, citing people familiar with the situation, claims it has taken more time to assemble the Romeomodule than the Juliet module, both part of the iPhone X's new TrueDepth facial recognition system for Face ID
Click to expand...

Apple isn't going to just not use this technology. Clearly they think this is the future of their phones. Maybe earlier than they wanted due to not having the ability to get Touch ID under the screen.
Reactions: Cigsm, macs4nw, CarlJ and 6 others

Romeo, Juliet, Alpha, Charlie, Tango... whatever just make sure its all put together so I can get one on the 3rd, thanks!
Reactions: tridley68
E

Just like the headphone jack, right? Because Apple’s not stubborn and it totally makes sense for them to backtrack on device features like that...

Honestly, if FaceID works as promised, why would you even need TouchID? There’s no added benefit unless FaceID is a total failure, and even if it is (which I wouldn’t bet on), Apple would probably throw money at fixing its issues rather than roll back their devices to what they are already treating as an inferior solution.
Reactions: Wowereit, Jamalien, FriendlyMackle and 24 others

Well at least everything worked out well in the end for Romeo and Juliet.
Reactions: gusapple, timeconsumer, Daveydawg and 19 others

So availability is still going to be a disaster well into 2018. No news. Got it.
Reactions: sfwalter

No big deal. Same as years past. If you don't order within the first 15 minutes (maybe less), you likely won't get one for a while.
Reactions: t1meless1nf1n1t, MareLuce, tridley68 and 3 others

This is parody right?

According to a diagram that I saw, one or both modules have to be aligned during production.

Touch ID under the screen in Xphone 2018.

3D FaceUnlock on regular phone 2018 (whatever they end up calling it).

Then, Touch ID will always be on the most expensive phone they sell.
Reactions: 5aga
M

They will resolve it.
Reactions: t1meless1nf1n1t, Sunny1990 and tridley68
J

Touch ID is annoying, I always have to wipe the button to get it to work, it activates Apple pay when I don't want it to.
Reactions: Oldfash33, MareLuce, nickyD410 and 2 others
D

Chances are its not, and FaceID will end up being on the iPad and Mac with in a couple years.

All iOS devices will eventually become a bezel-list device with the FaceID sensors under the display and a gesture based UI.
Last edited: Sep 27, 2017
Reactions: Oldfash33, Alexander Becker, cakebytheocean and 10 others

RickInHouston said:
Touch ID under the screen in Xphone 2018.

3D FaceUnlock on regular phone 2018 (whatever they end up calling it).

Then, Touch ID will always be on the most expensive phone they sell.
Click to expand...

So they're gonna take Touch ID from their cheapest model (SE) and make it a premium feature?
Reactions: hush17

So what Juliet will pretend to be out of battery?
Reactions: kemal

While I'm in the camp that was pumped about an under-the-glass TouchID implementation, it seems odd they would put all the effort into FacialID to then drop it a device cycle later.

Plus - no one has used it yet. So we just don't know how well we'll like it or not. How seamless it may/may not be. Could wind up being one of those "I can't believe we had to touch our devices to unlock them" evolutions. Time will tell.

That said, any justification in offering both TouchID and FacialID on future devices? Is that overkill or spinnable into an "even more secure device?"

With Apple's long-held interest in not touching their touch screens, I would be surprised if they end up going back to TouchID. Who knows: maybe this TrueDepth camera system is paving the way for bringing their gestures concept to the masses. Crazier things have happened.
Reactions: cbaca51, mudflap and Sasparilla
You must log in or register to reply here.
Share:
Facebook Twitter Reddit Email Share Link
Register on MacRumors! This sidebar will go away, and you'll see fewer ads.
Sign Up
Top Bottom