Though Apple announced its M1 Pro chip with a 10-core CPU at today's event, it turns out there is a lower-tier option available for the middle-tier 14-inch MacBook Pro. 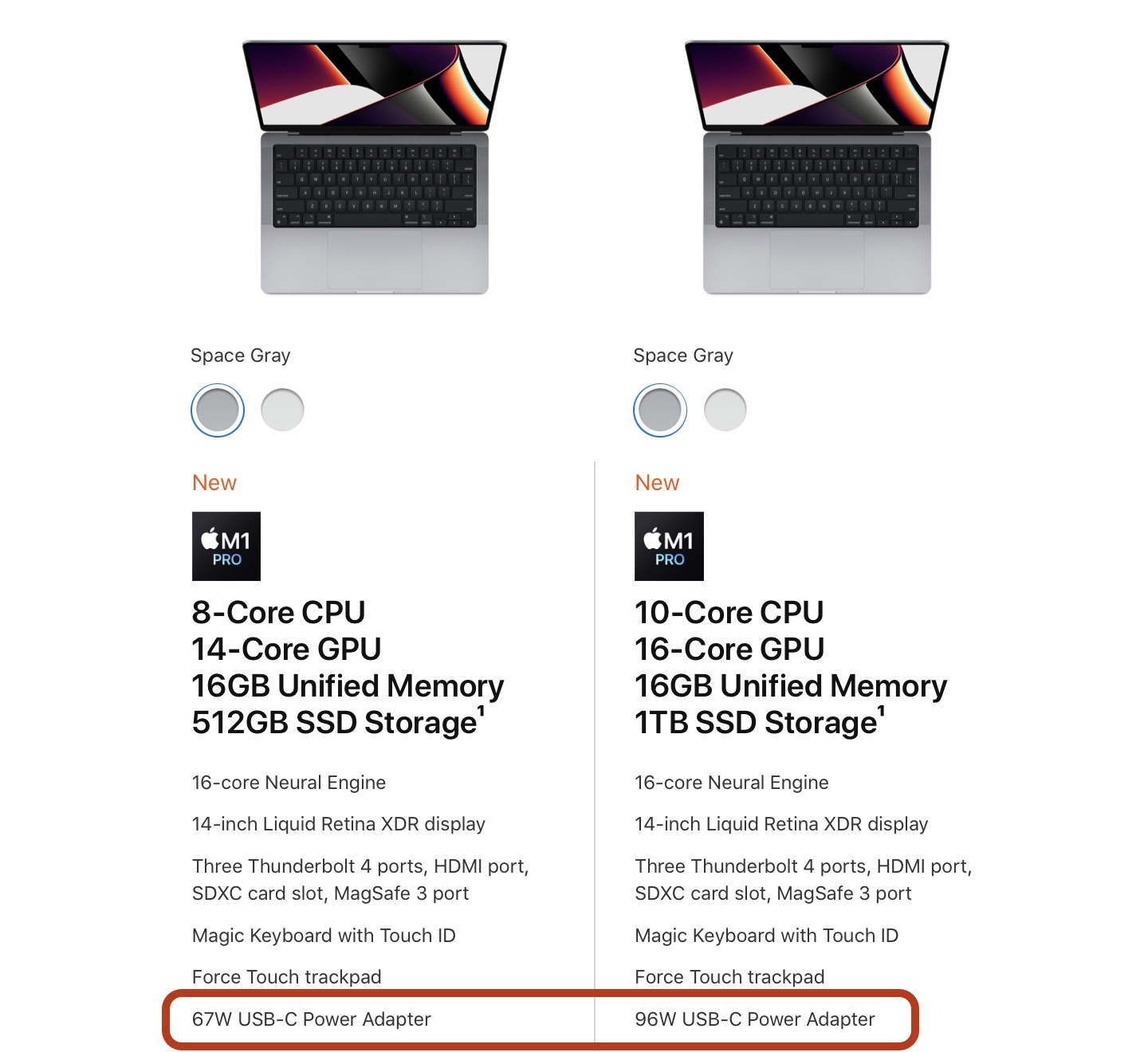 The 67W power adapter is a new addition to Apple's online store and is available for $59 on a standalone basis, while the 96W version was previously available and is priced at $79.

For the 16-inch MacBook Pro models, there's also a middle-tier graphics option available as an upgrade. Both the entry-level and mid-level machines can be upgraded with an M1 Max chip with 10-core GPU and 24-core GPU that's a middle of the road option between the 16-core GPU and the 32-core GPU. Getting the 24-core GPU requires a $200 upgrade fee.

Mine is going to cost $4800 + tax with 4TB SSD and 64GB RAM
Reactions: DeepIn2U, Apple Knowledge Navigator and Armada2

I didn't like they starting at 8 Core CPU options especially at 1999$. I'm a bit confused by this but other than I'm still looking to which model I'll pick..... 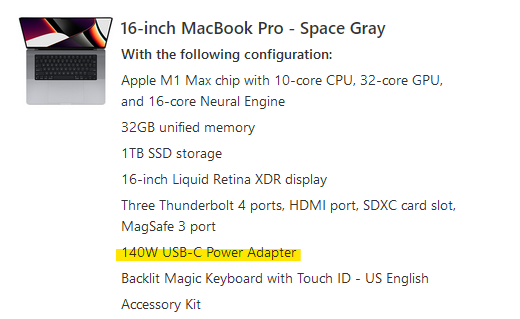 glad they priced them high enough that I won't feel the need to upgrade from my M1 air. Look like excellent machines though and glad to see HDMI and magsafe making a return.
Reactions: ealeks, michaelnugent, MacAddict1978 and 10 others
T

It's clear what they're offering in terms of binning, but I kinda wish they'd given each configuration some short snappy name just to make talking about them easier. Like M1 Pro A/B/C/D or something.
Reactions: dukee101, EmotionalSnow and slythfox
G

These macbook pros look the same as they did 10 years ago.
Reactions: nemanjawee, lhammer610, TropN and 8 others

Wow.
Wasn't planning on one and after this definitely not.
Reactions: Tim Apple’s Glasses, tomnavratil, TropN and 7 others 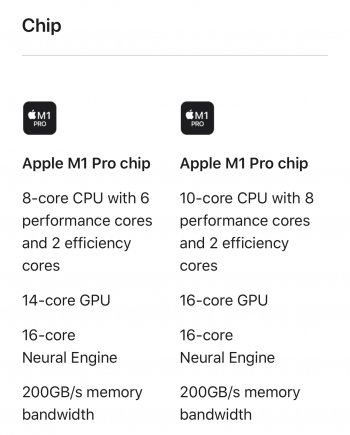 What has really blown my mind is that these are coming in significantly cheaper than the intel machines they replace, especially when speccing high. Brilliant. But I wanted a Mac mini so I guess I have to wait.
Reactions: Santiago, AAPLGeek and Apple Knowledge Navigator

I expect an official press release from Apple to explain how software companies should address this sudden interference in menu space.

The 14¨ is also available with 24 GPU cores M1 MAX. I actually ordered one with 32Gb RAM for 3500 euro´s
Reactions: DeepIn2U, PikachuEXE, TropN and 4 others

Need to wait , I assume with this notch will be Face ID next year
Reactions: james2538, phillytim and BeatCrazy
S

Enjoy them folks. The performance increase on them and battery life, compared to the old Intel based models, looks amazing.
Reactions: DeepIn2U, lhammer610, TropN and 4 others
S

the magic mouse on site says "new" but not new today, right?
I assume it's the same basic one that doesn't track well on glossy surfaces.
I placed online order for logitech blue tooth mouse, to go with new m1pro macbook, but was curious.
Last edited: Oct 18, 2021

Had a feeling it was going to start at $1999, but was expecting that to be the 10cpu/16gpu version. So ends up really starting at $200 more than what I thought and $400 more than what alot of people were expecting. The bigger bummer of it is that this will end up being a "standard" version that 3rd parties will stock and discount, so if you do want the 10/16 version it is going to cost you more than the $200 difference.
Reactions: jjack50
C

Even the least expensive 14" version is over-kill for 99.9% of ALL Apple consumers !

So, I wonder who Apple thinks the Target Market really is.

Just my two cents, but I think it would be nice if MR would ask those intending to buy which application OR applications they intend to use it for.
Reactions: Bea220, TropN and Premium1
N

Putzytart said:
What has really blown my mind is that these are coming in significantly cheaper than the intel machines they replace, especially when speccing high. Brilliant. But I wanted a Mac mini so I guess I have to wait.
Click to expand...

I was pleasantly surprised that the 16"/1tb/32gb variant was around $100 cheaper than the intel equivalent.
Reactions: adib and TropN

I wasn’t expecting that, but went for the “binned” chips anyway and put the saving to a bigger SSD, as I find that limits me more than processor.

Cosmosent said:
Even the least expensive 14" version is over-kill for 99.9% of ALL Apple consumers !

So, I wonder who Apple thinks the Target Market really is.

Just my two cents, but I think it would be nice if MR would ask those intending to buy which application OR applications they intend to use it for.
Click to expand...

Mainly Lightroom Classic for me, with a bit of Photoshop and VSCode/Docker.
B

Having just ordered the 2nd 14” option, the 10 cpu core, 16gpu core option with the 96w adapter and 1tb ssd im already thinking i ordered the wrong one.

I was planning on getting a Mac mini pro max, when it comes out. But it is probably going to cost half as much to upgrade the mbp vs a separate mini.