The "Pixel Watch," Google's first flagship smartwatch aimed to become a competitor for the Apple Watch, has leaked online after a Google employee who had access to the unreleased watch apparently left it behind at a bar. 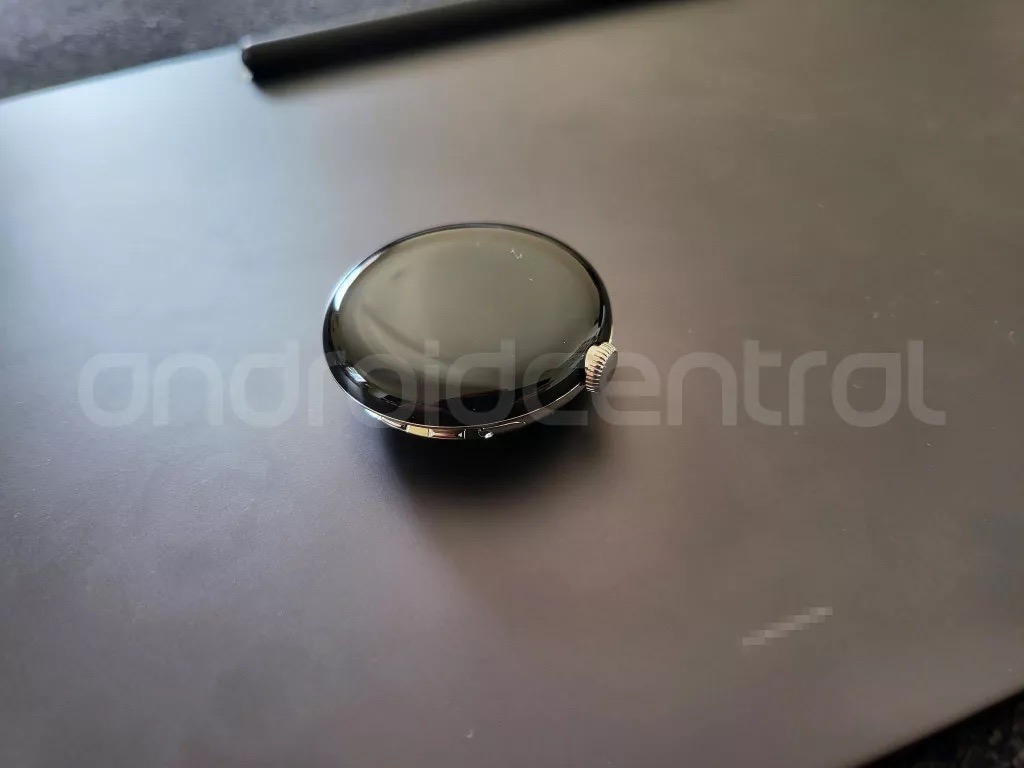 The images were shared with Android Central, which stated at the time that it had received the pictures from a source who had found the watch at a restaurant. Thanks to a Reddit thread from a user who claims to have supplied Android Central with the images, however (via The Verge), some more details about how images of the watch made their way online have been shared.

According to Reddit user u/tagtech414, their friend who works at a bar found the watch a few weeks ago and decided to keep hold of it, hoping the owner or Google would come looking for it. Neither the owner nor Google seemingly ever reached out or looked for the watch. The incident will draw stark similarities to when the iPhone 4, the biggest redesign to the iPhone at the time since its launch, was leaked online after an employee forgot it at a bar. 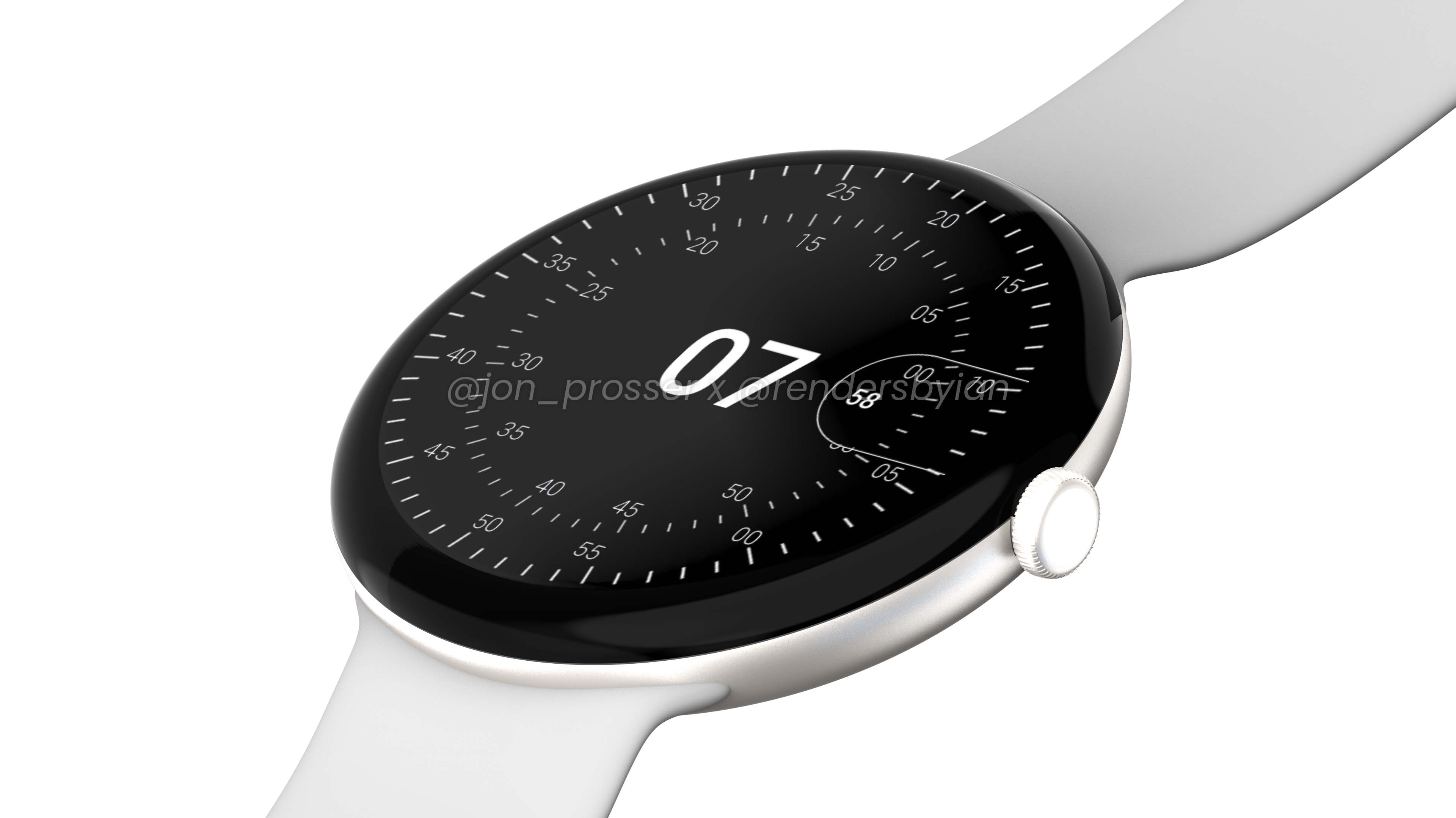 Pixel Watch renders shared in April 2021 by Jon Prosser​
As for the watch itself, the images match with renders shared last year by Jon Prosser. Google is opting for a circular watch design, with a circular dial, a side button, and a hole on the side, likely to be a microphone. The screen size is around 1.5-inches, according to the Reddit user and an additional image shared on Reddit shows the watch with relatively large bezels. 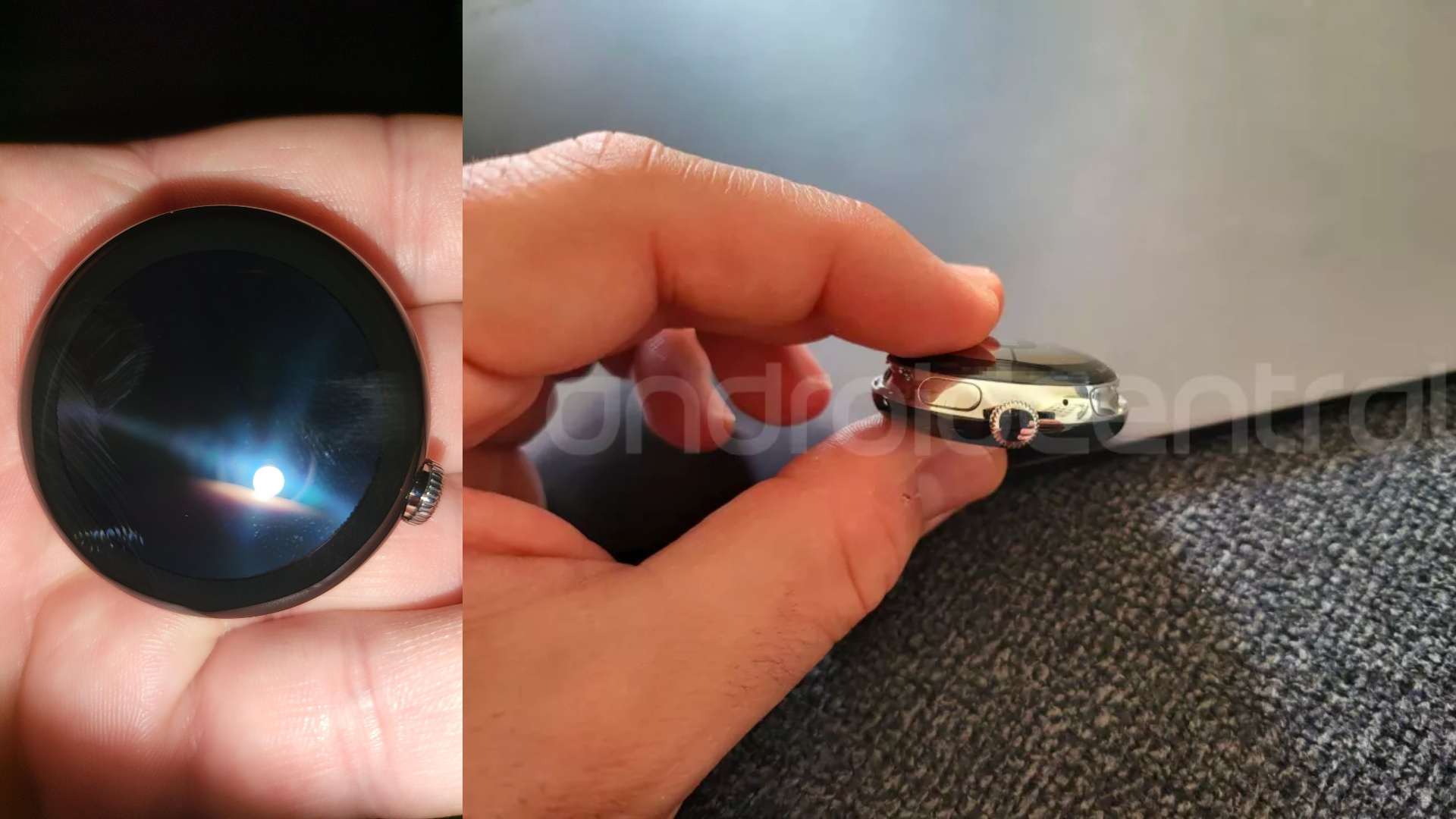 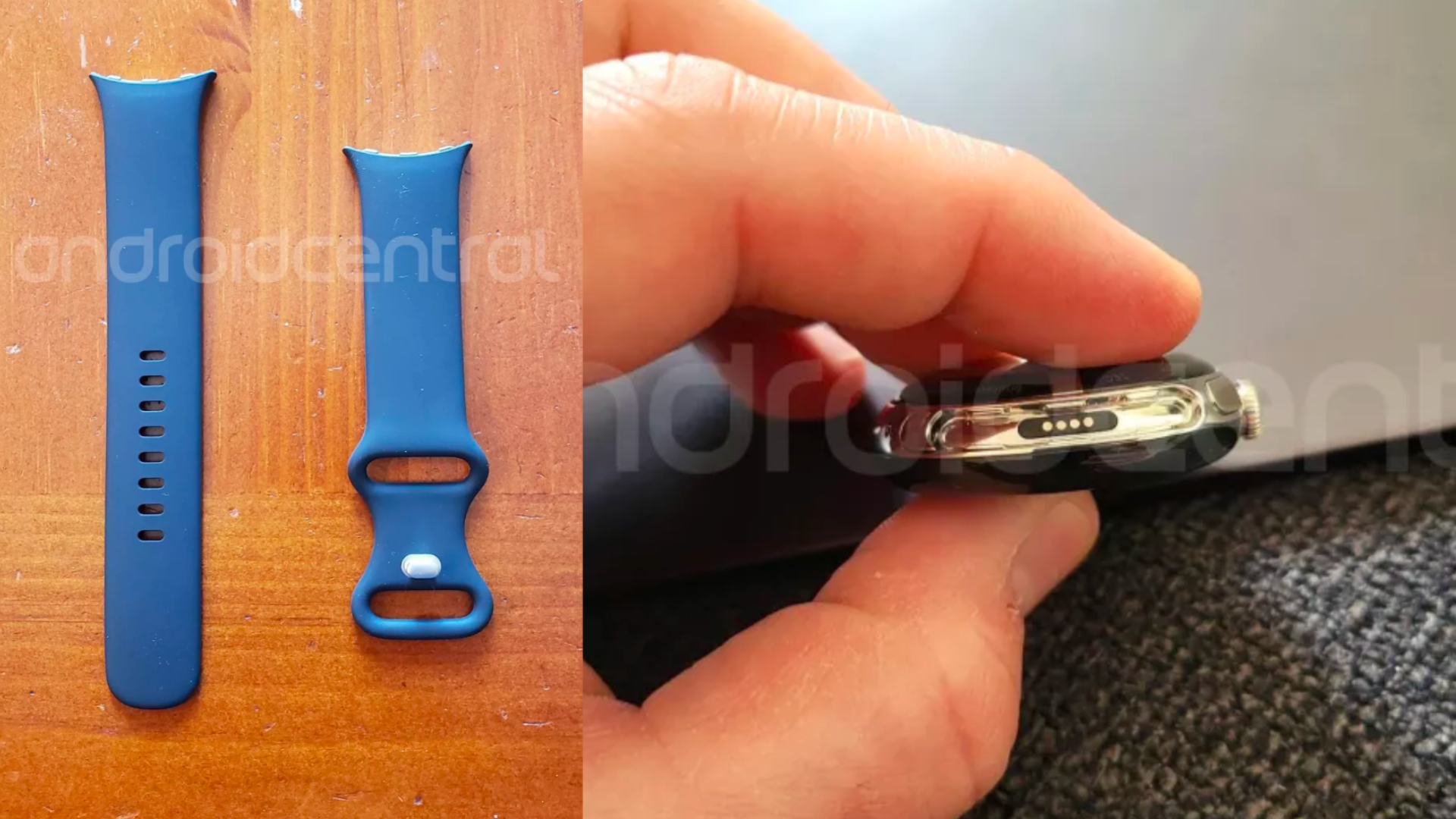 The Pixel Watch has been rumored to launch for some time and could see an official announcement as soon as next month. Google will be holding Google I/O, its annual developers conference, from May 11 through May 12 where additional details could be shared.

Article Link: Google's Unreleased Pixel Watch Leaks After Being Left Behind in a Restaurant

Probably left it behind to get rid of it. Looks awful.
Reactions: lankykong, 4two4, LKN_G_Man and 39 others

Where did i hear this script earlier?!
Reactions: Prince Akeem, jamesnajera, Redsep and 7 others
N

What is the chance of somebody unknowingly takes off their watch and leaves a secret product by mistake? Watches are not something you just casually takes off in a restaurant, and definitely not a secret, unlaunched product. What I'm saying is: I really suspect this was done on purpose.
Reactions: docziandras, sachinbahal, MrElvey and 35 others

I like the round face but it’s too fat.
Reactions: docziandras, that be me, GrumpyMom and 2 others
E

If the Apple Watch would ever be like this one (round), I would buy it instantly.
Reactions: BvizioN, AdonisSMU, Morgenland and 5 others

Did they hire the guy from Apple that lost the iPhone 4?
Reactions: TheYayAreaLiving 🎗, zapmymac, brgjoe and 32 others

I don't think it looks too bad, it's an interesting product, nethertheless.
Reactions: izyreal and Sandstorm

Always copying Apple, even when ‘leaving things behind in a bar’ ?
Reactions: LKN_G_Man, zapmymac, Larsvonhier and 23 others

markfc said:
Probably left it behind to get rid of it. Looks awful.
Click to expand...

At first I thought this might be a PR stunt by Google with an intentional "leak" to grab attention like the infamous iPhone 4 left in a bar, but then I saw the photo.
Reactions: TMax, ZZ9pluralZalpha, Morgenland and 15 others

This looks ugly and FAT...
why do people keep designing round Smart watches?, information needs square screens...
they are just trying to be different.
Reactions: MrElvey, whatgift, TMax and 8 others

That is an order of magnitude chunkier than the render.

And yeah, “left behind” really stretches the credibility.
Reactions: Larsvonhier, TMax, Morgenland and 4 others

But must say, it looks awesome! and to be honest, a legit match Apple watch.
Reactions: Morgenland and izyreal
E

Fake news! Why didn't the person show an image with the Google logo?
The reason the person claimed it "would not boot" is because the images would expose it's fake.

The design in the render would have looked beautiful but the actual thickness makes it look pretty awful especially from the side.
Reactions: Vaccaria and Antes

Your a little late to the table Google the market is already full from the Apple Watch besides yours is ugly.
Reactions: TheYayAreaLiving 🎗
K

elvislives said:
This looks ugly and FAT...
why do people keep designing round Smart watches?, information needs square screens...
they are just trying to be different.
Click to expand...

I agree on square screens. A round face is good for information that can be laid out in a circle (clock faces, for instance), but it has terrible information density for anything better suited for a rectangular display. It means that there’s a lot of spaces around the edge of the display that can’t really be used for information.

(Edit: And, of course, rectangles are better suited for information, in general. You can display any format of information in a rectangle, circles, triangles, hexagons, and they make better use for composable displays of information [little pieces of info combined into one display unit] without wasting space. Round displays are only suitable for watches that you don’t anticipate running any third party apps on or if you can guarantee that every app for the platform will be round, neither of which seems to be true with this watch, or at least so I think. It’s the classic round peg square hole problem.)

And, even then, rectangular/square clock faces have existed for years, predating consumer GUI operating systems, at the very least. What’s more, the square-ish screen of the Apple Watch paired with a circular watch face allows for a great deal of information density in the form of complications. In order to get a similar level of information density (for the watch face or for apps) on a round face, you’d need to significantly increase the size of the watch face. Imagine a round watch with 8 complications (a la Apple’s Infograph watch), you’d probably need a 60mm display. Round watch faces are marginally better as watches (and only because they’re more “traditional”*) than rectangular faces, but they’re considerably worse on anything smartwatch.

* And the traditional argument only really works for a consciously traditional watch. Quality leather band available at purchase time, design language and case material that heavily borrows from those used for watches. I strongly doubt that’s what Google has done, they went for a sport band like band for the default choice, and Google doesn’t really strike me as a company with much concern for “tradition”.
Last edited: Apr 25, 2022
Reactions: George Dawes, mzubb, frozenstein and 5 others
S

That’s the problem with tech devices. The less surface area to put components forces you to go up instead of out.

markfc said:
Probably left it behind to get rid of it. Looks awful.
Click to expand...

Looks like someone will be looking for a new job this morning.

Agreed, the design is grotesque. I do wonder where they got the idea of the strap design though; look familiar to anyone?

“Left behind at a restaurant”

“Why are you laughing?”

- Overheard transcript of a phone call outside restaurant.

I’d leave that behind too - it’s ugly.
Reactions: George Dawes, Exponent, Shanghaichica and 1 other person
S

i wonder if cops are gonna show up at his house like with apple. how does one even leave a watch behind? i can understand phone, but watch?
Reactions: brgjoe and xpxp2002