iPhone 6 design renderings aimed at helping case manufacturers create early iPhone 6 cases ahead of the device's release have surfaced on Ukrainian website UkrainianiPhone [Google Translate] (via Nowhereelse.fr), from what the site calls a "reliable source of information."

The renderings are seemingly based on the same general design principles found in schematics leaked back in early March, but they provide more detail on what we might possibly expect from the iPhone 6. As with most of the current design leaks, the authenticity of the renderings cannot be confirmed. 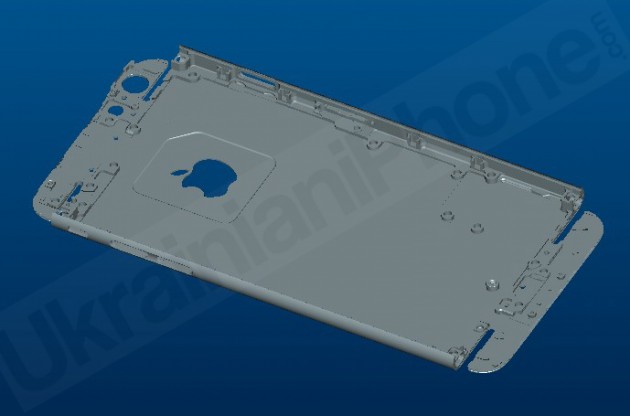 While the majority of renderings, cases, and iPhone 6 details leaked up until this point have failed to explain how Apple will incorporate antennas into the iPhone 6, the new Ukrainian renderings suggest that the back shell of the iPhone will not be all one piece, potentially leaving room in the aluminum casing for possible antenna inserts, similar to the design of the existing iPhone 5s. There are separate top and bottom pieces depicted in the renderings as well, which also point towards an antenna. 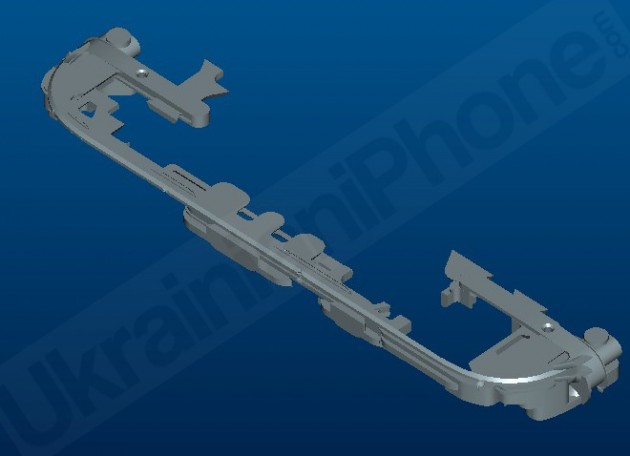 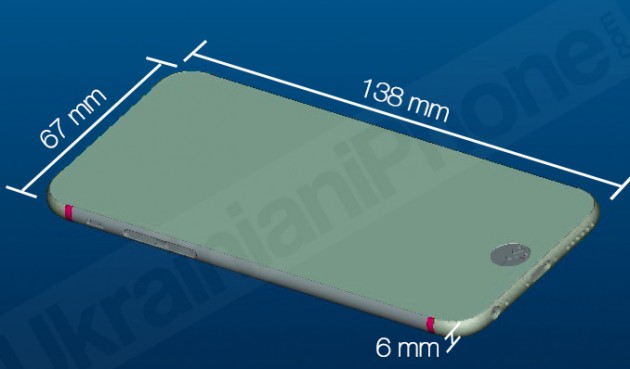 As with the original design schematics, the renderings incorporate a rounded flash, which is a departure from the existing pill-shaped True Tone flash introduced with the iPhone 5s. There's also a sleep/wake button located on the right side of the device, and rumors have thus far suggested Apple could move the button to make it easier to access sleep/wake on a larger device with one hand.

Overall, the renderings are more or less in line with previous iPhone 6 rumors, which have indeed pointed to a thinner design with smaller bezels. Apple's iPhone 6 is also expected to include an upgraded A8 processor, Touch ID, and an improved camera.

all these rumors.. i want a new iPhone now!
Comment

Yeah but I'm sure you will get one.
Comment
M

The faster they release this phone, the better. That way the horrible 4" screen can be an ugly memory.
Comment

Apple should just announce the iPhone 6 officially, or, maybe those rumors are accurately from Apple directly?
Comment
E

Can someone make them stop the thin-race and get a battery-life of at least 3-4 days on normal use! Pretty please!
Comment

whsbuss said:
Yeah but I'm sure you will get one.
Click to expand...

...and put a big bulky case on it.
Comment

Gonna be rough resisting the 4.7" while staring at my 4S; all while clinging onto hope for a 5.5". Ahhh, first world problems. :-(
Comment

That big bulky case could also be a battery pack to extend your usage.
Comment

I haven't seen ONE single comment about the iPhone being too thick.. However I've seen tons of comments saying that the battery life suck. So Apple, doesn't that leave a hint what people really want?....
Comment
K

One of my favorite features of the 5 over the 4S was how it managed to get smaller (volumetrically) and lighter while increasing the screen size. The 4S now feels like a brick! If they can somehow manage to pull the same thing off with the 6 (I can dream), or even keep the weight around the same as the 5, I'd be a happy camper.
Comment
G

The only way to get Apple to even consider focusing on battery and not thinness would be a concerted group effort to mass submit feedback via the feedback page.
Comment
S

Please reduce the top and bottom bezels and make the overall dimensions smaller rather than just focus on thinness. I personally would rather have a 7mm thick phone with smaller bezels than a 6mm thick phone that is longer and wider. And thinner also means less sturdy. At some point, it is just too much.
Comment
S

Year after that Apple is planning to release iPhone 6 with dimensions 138 x 67 x 6 mm. Seems like HTC is doing great job!

Still gonna upgrade to iPhone 6 though

Thanks UkrainianiPhone, but isn't there any thing else going on in your neck of the woods that may be worth keeping an eye on?
Comment
J

cracksoup said:
I haven't seen ONE single comment about the iPhone being too thick.. However I've seen tons of comments saying that the battery life suck. So Apple, doesn't that leave a hint what people really want?....
Click to expand...

marketing. "thinnest iPhone ever" or "thinnest smartphone ever" leads to week long lines on launch day.

sure people love long battery life, but talking a battery is not as sexy as talking about thinness when it comes to gadgets.
Comment
J

I don't understand this new design, why would Apple take away the great double flash? Is there an all in one flash I don't know about that could replace the double one? If not, then it's highly unlikely they would downgrade the camera's low light flash capabilities. It just makes no sense to me.

To wonder why hasn't anyone brought this up?
Comment

Why are people so surprised about a rounded LED flash part?
It is easy to design a two color LED in one part. In bulk, it takes up less room, is lighter weight and cost less.
Comment

goodcow said:
The only way to get Apple to even consider focusing on battery and not thinness would be a concerted group effort to mass submit feedback via the feedback page.
Click to expand...

eklof said:
Can someone make them stop the thin-race and get a battery-life of at least 3-4 days on normal use! Pretty please!
Click to expand...

Or maybe the, New, two weeks on one charge, half inch thick, iPhone Brick.
Stacking up at a store near you.
Comment

geralddarden said:
Thanks UkrainianiPhone, but isn't there any thing else going on in your neck of the woods that may be worth keeping an eye on?
Click to expand...